The court chapel of the Hapsburg-Lorraine family

On the ground floor of Palazzo Pitti was arranged the summer apartment for the future Grand Duke of Tuscany, Cosimo III, and his bride Marguerite Louise d’Orleans, when they married in 1661. The centrepiece of the apartment was the large central hall, which Grand Duke of Tuscany Pietro Leopoldo of Habsburg-Lorraine decided to turn into the Palatine Chapel in 1766. Its current appearance is the result of the design commissioned by the next Grand Duke of Tuscany, Ferdinand III to architect Bernardo Fallani and painter Luigi Ademollo, who decorated the walls of the chapel and the vestibule with paintings featuring biblical and evangelical subjects. The altar in Florentine Commesso, which includes elements from the altar of the Chapel of the Princes in the San Lorenzo church in Florence, is of great merit. 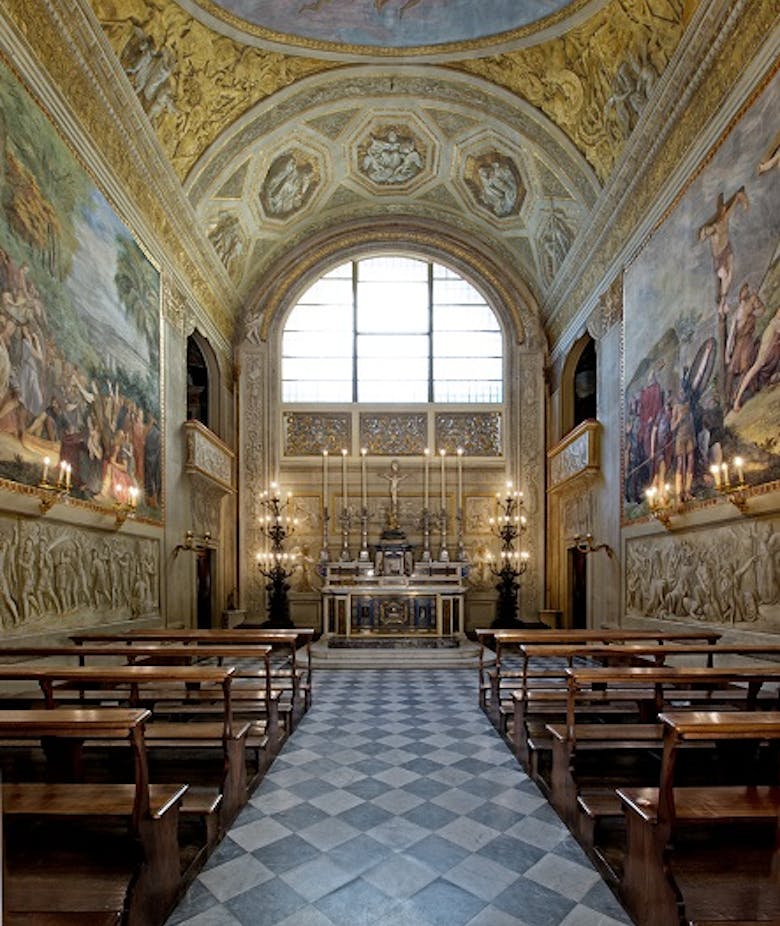 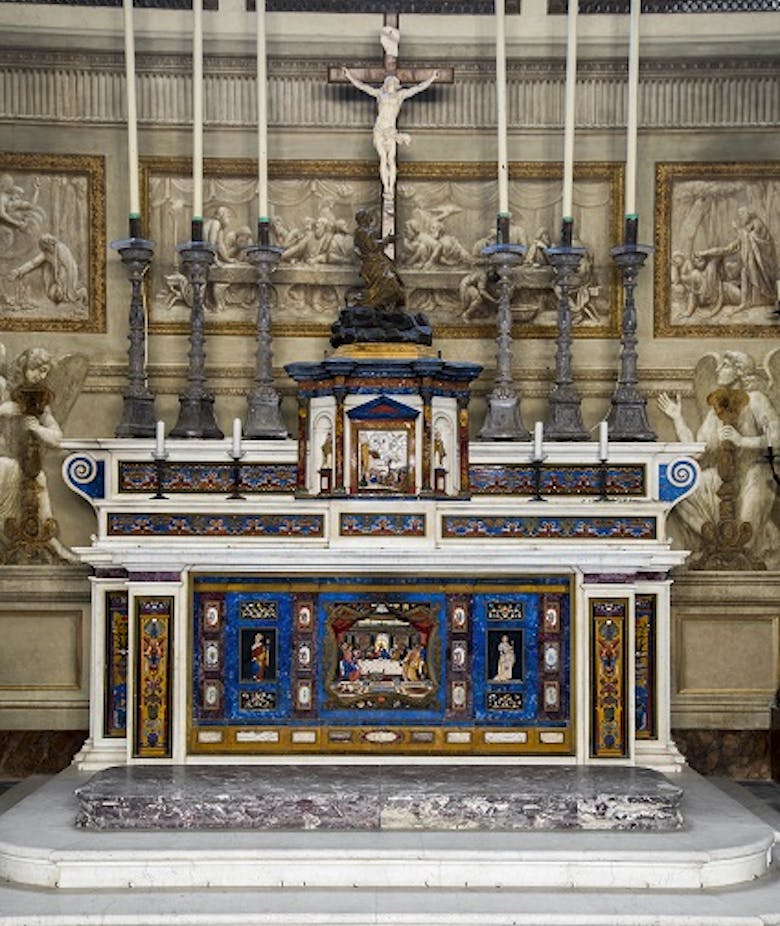 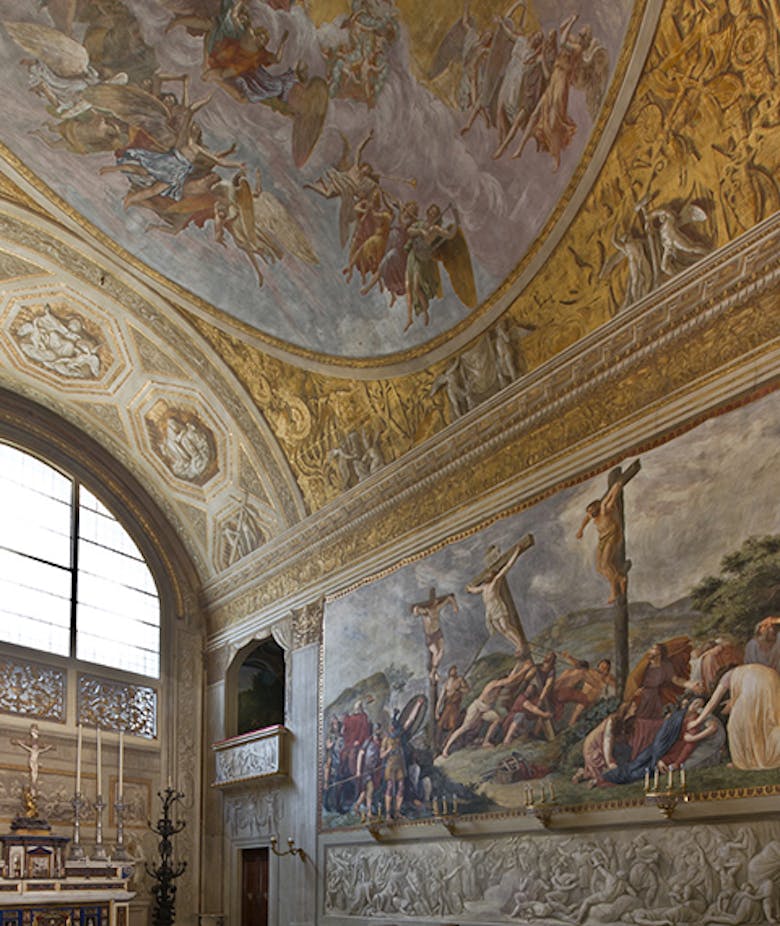 The pictorial decoration by Luigi Ademollo in t... 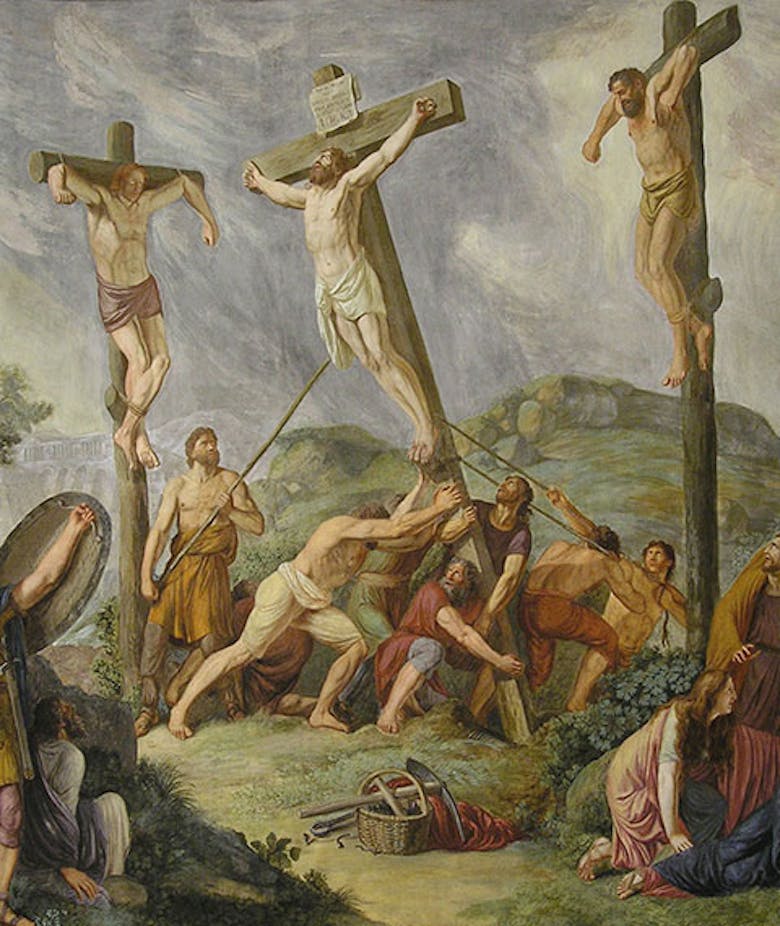 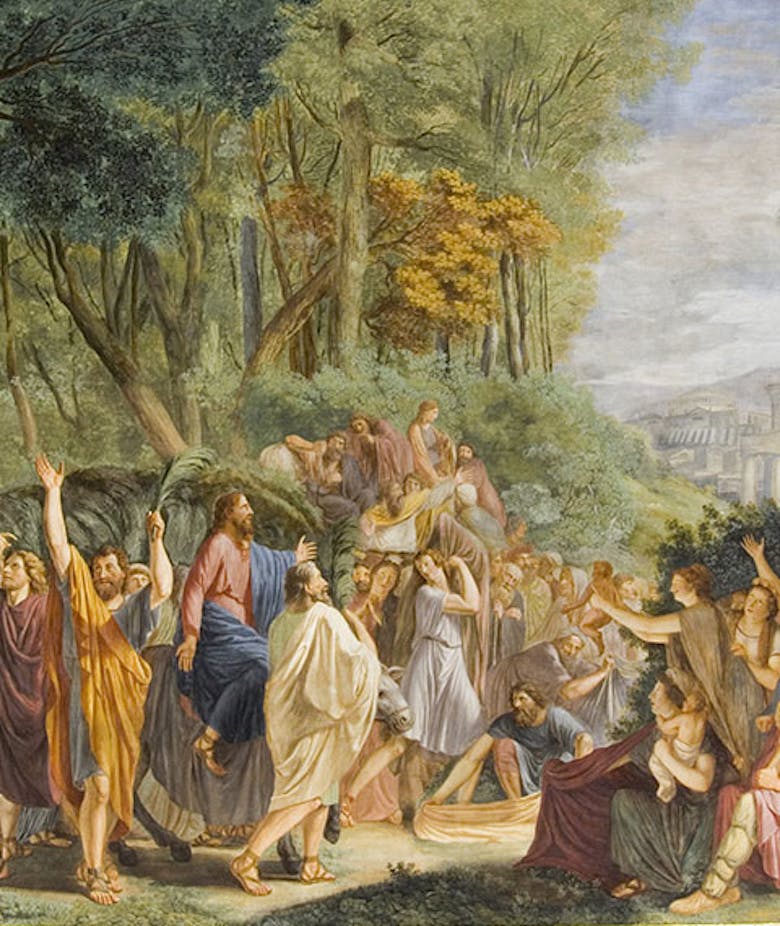 Entry of Christ into Jerusalem 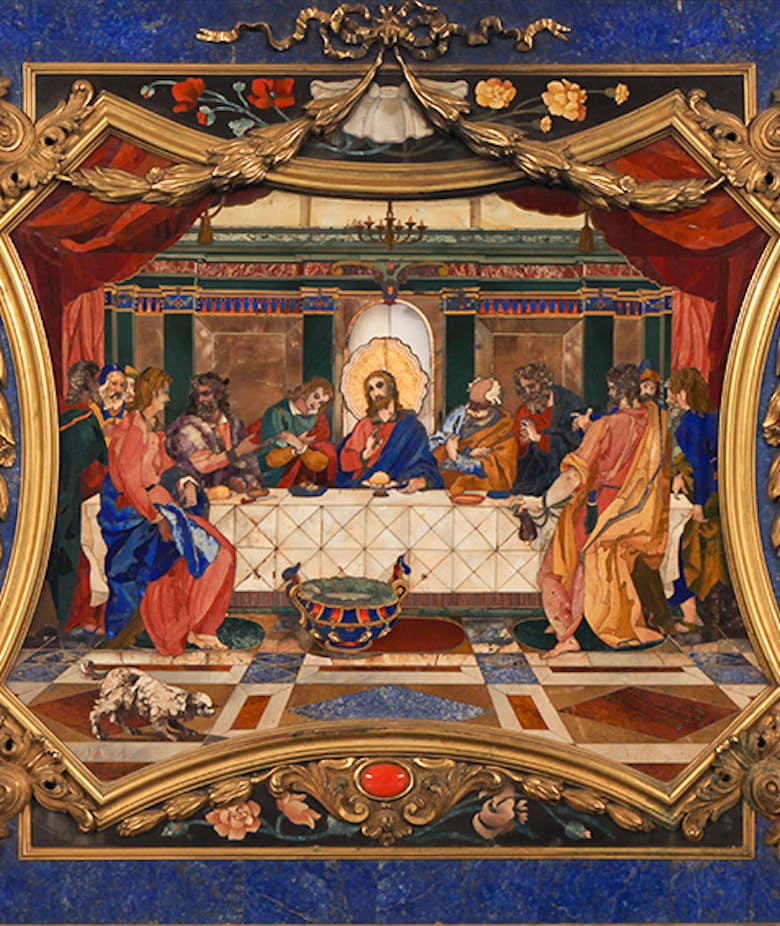 Workshops of the Grand Duchy, based on a drawing by Ludovico Cardi, known as Cigoli 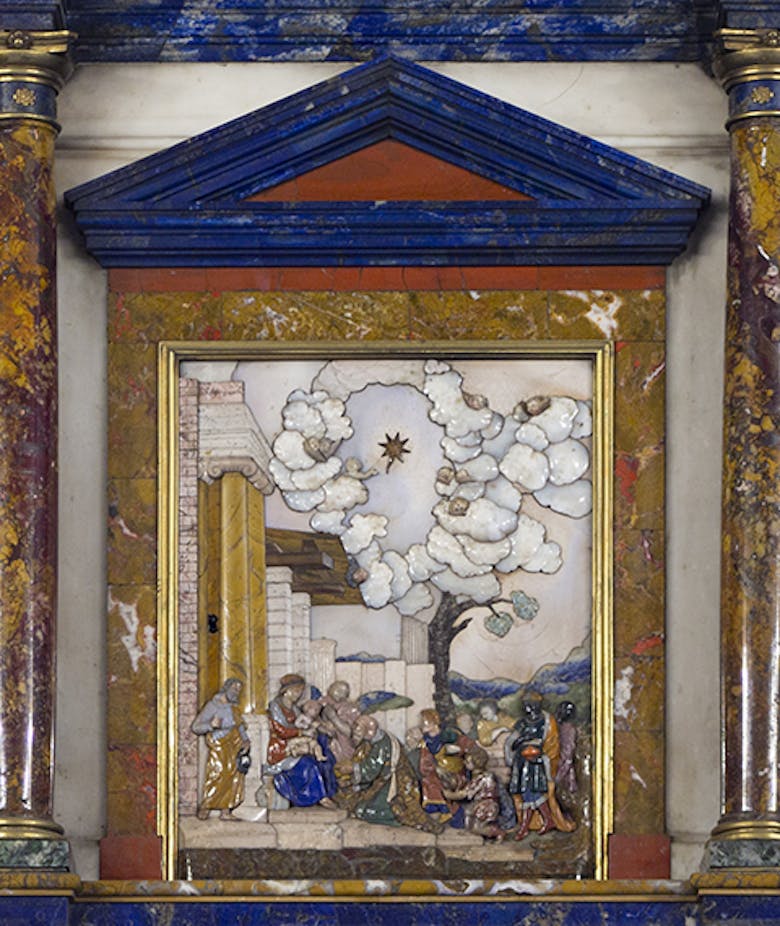 Workshops of the Grand Duchy and Giuseppe Antonio Torricelli 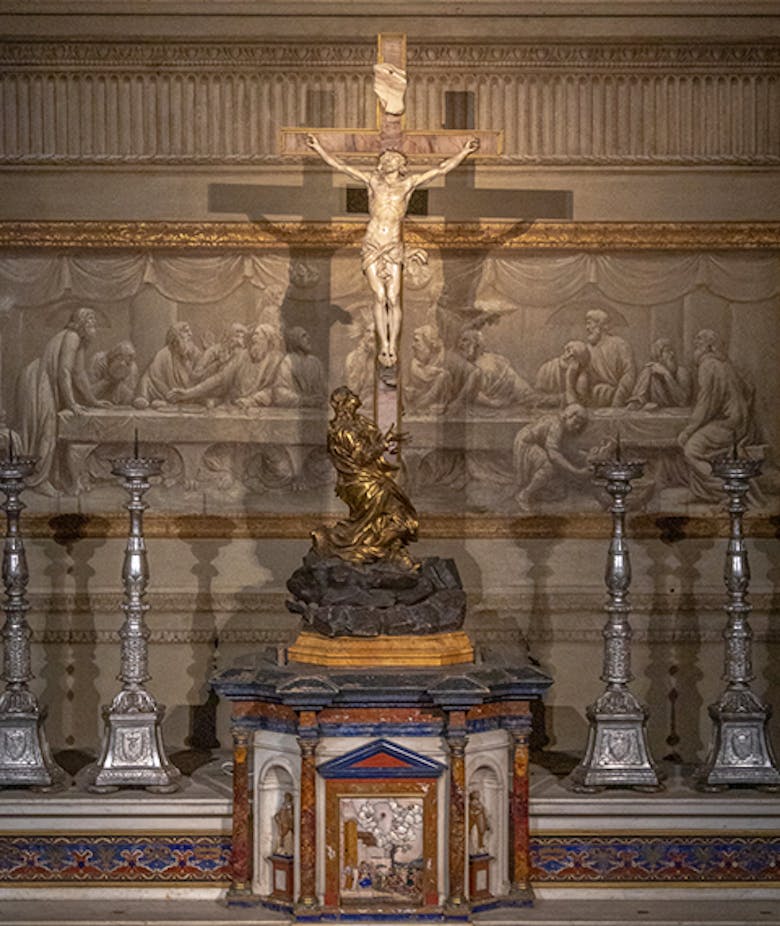