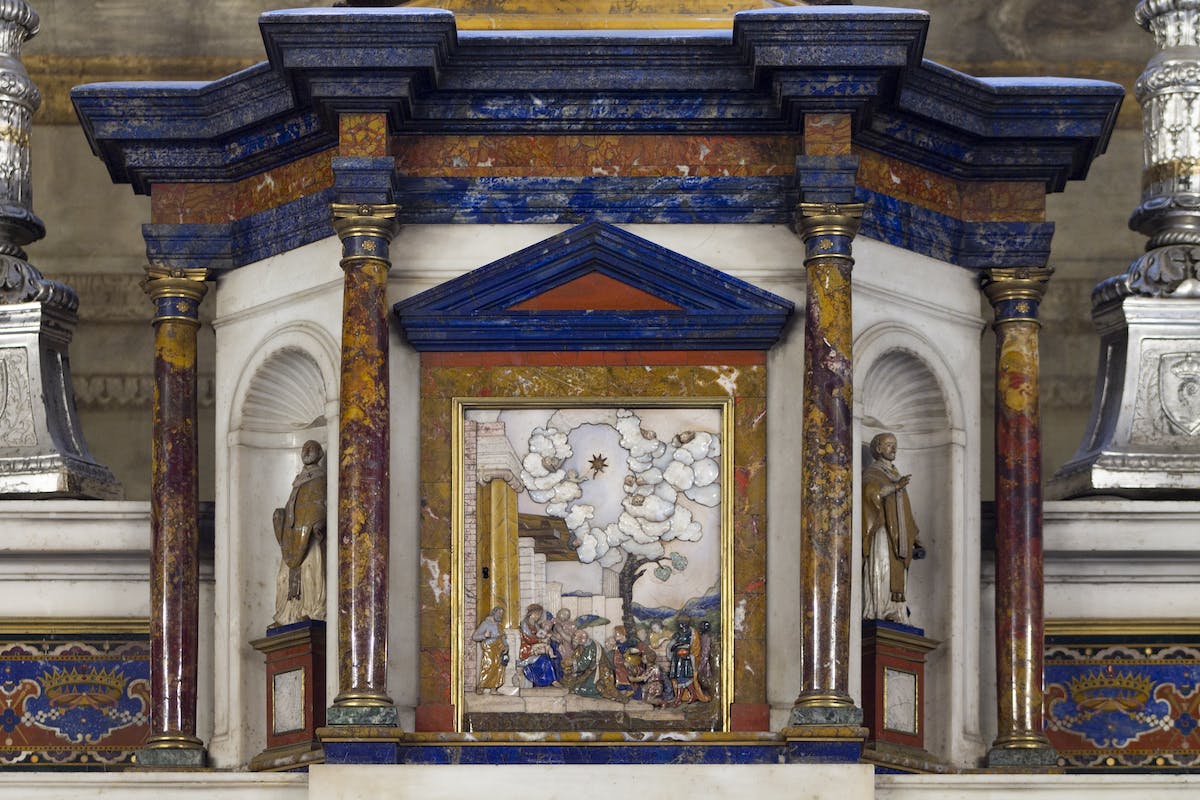 At the foot of an ancient ruined temple with Ionic columns are depicted the Madonna, seated with the Child on her knees and St. Joseph. In front of the Holy Family, the three dressed in splendid robes, present their gifts surrounded by other figures witnessing the event. The upper part of the scene is dominated by a glory of clouds and cherubs that frames the shining star that guided the Magi. The precious panel skilfully blends the two-dimensional stone inlay technique with that of the semi-precious stone relief technique used to render the architectural elements, the clouds and, above all, the figures in the foreground, composed of various elements in chalcedony, jasper, lapis lazuli, heliotrope, processed separately and then skilfully assembled to form the figures.

The Adoration of the Magi, whose original destination is unknown, in 1637 was one of the works in progress in the workshop of the Gaffuri, a renowned Milanese family of engravers of semi-precious stone who moved to Florence in 1575 at the invitation of Francesco I de’ Medici. Never completed and kept in the workshops of the Grand Duchy, the panel was only completed in 1705 by Giuseppe Antonio Torricelli, an important sculptor in semi-precious stones in the service of Cosimo III de’ Medici. Despite its completion, the relief remained unused until 1785, when it was chosen to decorate the door of the tabernacle of the Palatine Chapel, assembled that year with extensive use of already existing work.