THIRTY YEARS AFTER IT WAS LAST HERE, THE RETURN VISIT TO FLORENCE OF THE “HALBERDIER” IS THE PERFECT OCCASION FOR AN EXHIBITION DEDICATED TO PONTORMO

So who exactly was the “Halberdier”?

This magnificent portrait by Pontormo (1494- 1557), acquired by the Getty Museum of Los Angeles in 1989 for the then record-breaking sum of $32.5 million, now finds itself back in its home town of Florence for the first time in almost thirty years, as the centrepiece of Incontri miracolosi: Pontormo dal disegno alla pittura (Miraculous Encounters: Pontormo from drawing to painting) curated by Bruce Edelstein, which is now on show in the Sala delle Nicchie in Palazzo Pitti until 29th July 2018.

There has been much learned debate over the years about who the dashingly dressed young man in the picture is, wearing a red cap adorned with a golden pin, armed with a halberd and a sheathed sword on his left side. The most popular thesis, embraced by a large number of art historians and Renaissance specialists, is that he is one Francesco Guardi, a youthful soldier of the Florentine Republic army during the siege of Florence whom the chronicler and art historian of the period, Giorgio Vasari had listed as being the subject of a portrait by Pontormo.

And yet, some doubts persist, evidenced by the presence of a question mark next to the name of Guardi, in the catalogue published by Florentine publishers Giunti Editore.

Other pundits and specialists have advanced the thesis that the Halberdier is in fact a very young Cosimo de’ Medici, son of the condottiero Lodovico de’ Medici, also known as Giovanni delle Bande Nere: a hunch backed up by the fact that Giorgio Vasari listed Cosimo as also being the subject of a painting by Pontormo.

There is yet another theory during the rounds, that our mysterious Halberdier was perhaps the young nobleman Ercole Rangone, who had also enrolled in the Florentine city militia.

So where does all this leave us now? The two main hypotheses involve a specific timeframe: if it’s Francesco Guardi, then Pontormo (whose birth name was Jacopo Carrucci, he is also known as Jacopo da Pontormo) must have painted the picture during the months of the siege of Florence itself (October 1529- August 1530), while if it were to have been Cosimo de’ Medici, then it would have to have been painted after 1537.

The preparatory drawings in red pencil for the Halberdier, as displayed here, seems to belong to an intermediate phase in the study of the subject: by choosing a frontal perspective to concentrate on the aspects that would have been hard to gather from a lateral perspective, the artist concentrates on his subject’s clothing, rather than his facial features. So the sketch does not reveal the ambition of a portrait so much as a detailed study of his outfit.

In the Sala delle Nicchie displayed along with the Halberdier, there is also the Portrait of a Young Man in a Red Cap, from a private collection in London, who might have been a certain Carlo Neroni (of whom little is known): the identity of the subject having been lost during the Seventeenth Century, although in an inventory dated to 1733 he was thought to have been Masaniello, the famous Sixteenth Century Neapolitan rebel. This portrait of a very fastidiously dressed, proud young man caught in the act of concealing (or perhaps brandishing?) a mysterious letter of unknown contents inside his leather blouson rivals the Halberdier for its stunning beauty.

Pygmalion depicts the story first told by Ovid, of how a prayer to the Goddess Venus manages to transform an ivory statue into a living, breathing woman. It is now widely thought that this painting is in fact by Bronzino, who was Pontormo’s pupil, and so in fact a collaboration  between the two: this hypothesis gains further weight seeing how the figure of the young woman  was taken from a drawing by the maestro Pontormo of Venus and Cupid, whereas it is certain that the pupil Bronzino portrayed the figure of Pygmalion by copying another sketch by Pontormo of St Francis of Assisi at prayer, and executed as part of the Holy Family commissioned by Francesco Pucci for his family funeral chapel in the church of San Michele Visdomini.

Without doubt the breathtakingly vivid colours and dynamic geometries evidenced by the newly restored Visitation is bound to impress. In the complete altarpiece, property of the country parish church of Saints Michael and Francis of Carmignano, Pontormo features the emotional meeting and deeply felt embrace between the two cousins – the mother-to-be of Jesus and the mother-to-be of St John the Baptist, who exchange an expressive glance of profound serenity. Which contrasts with the expression written on the faces of the two younger women, looking at us, the spectators – of the foreknowledge of the immense, significant burden and sacrifice that they are to endure, and the deep pain that will derive from these miraculous events.

Positioned in a rhombus-shaped group in the centre of the pala, very much like in Four Naked Women (Private collection, Los Angeles) by Albrecht Dürer, an artist who had a profound effect on Pontormo, they occupy the space in a kind of troubling horror vacui, an effect highlighted by the tall and featureless buildings on other side, and the somewhat brooding, murky patch of sky that frames the scene from above.

For the first time ever, the Visitation is complemented by Pontormo’s preparatory drawing, complete with the quadrettatura –  squared up sections ready for transfer onto the tavola.

“The pervasive impression of Jacopo Carrucci da Pontormo as an eccentric figure, first peddled by Giorgio Vasari in his Lives of the Artists (1568) has been profoundly modified by more recent historiographical research – according to Eike Schmidt, the director of the Gallerie degli Uffizi – The exhibition Incontri miracolosi: Pontormo dal disegno alla pittura (Miraculous Encounters: Pontormo from drawing to painting) presents a series of works of outstanding importance, most of which are here displayed for the first time together, an endeavour that perfectly represents the collaborative ethos between Italian and international cultural institutions, as defined  by the statute of the Gallerie degli Uffizi”.

This exhibition, which has been devised and made possible thanks to the cooperation of the Paul Getty Museum of Los Angeles, and the Morgan Library & Museum of New York, will in due course be transferred to each of the other museums. 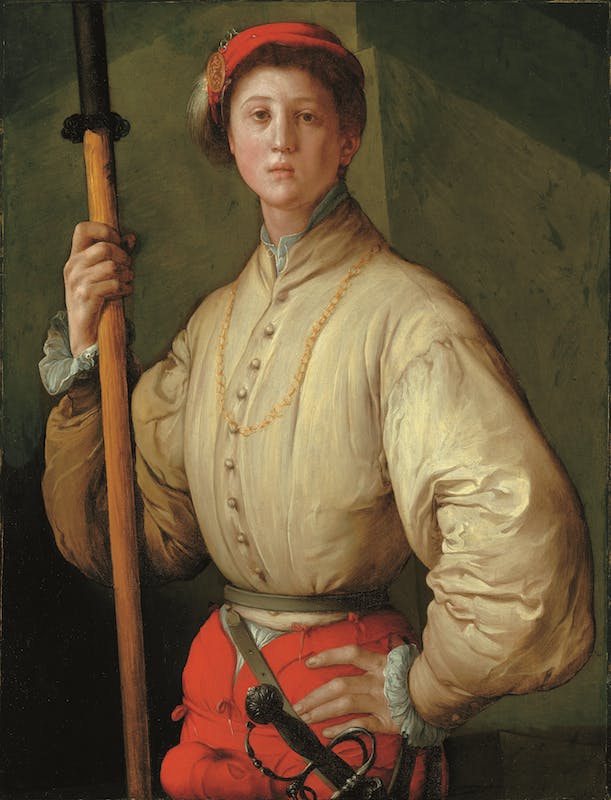 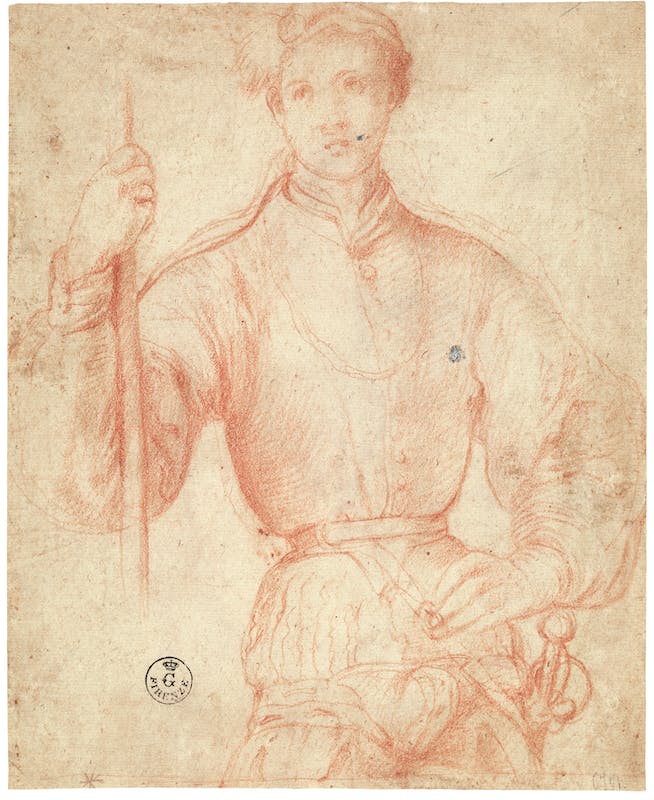 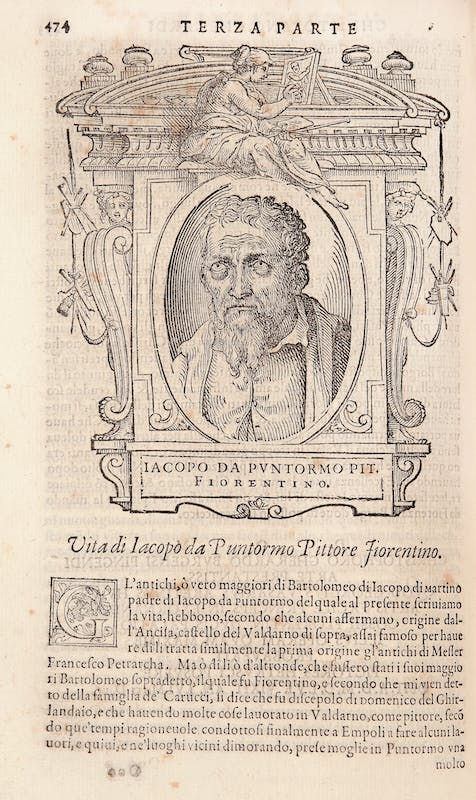 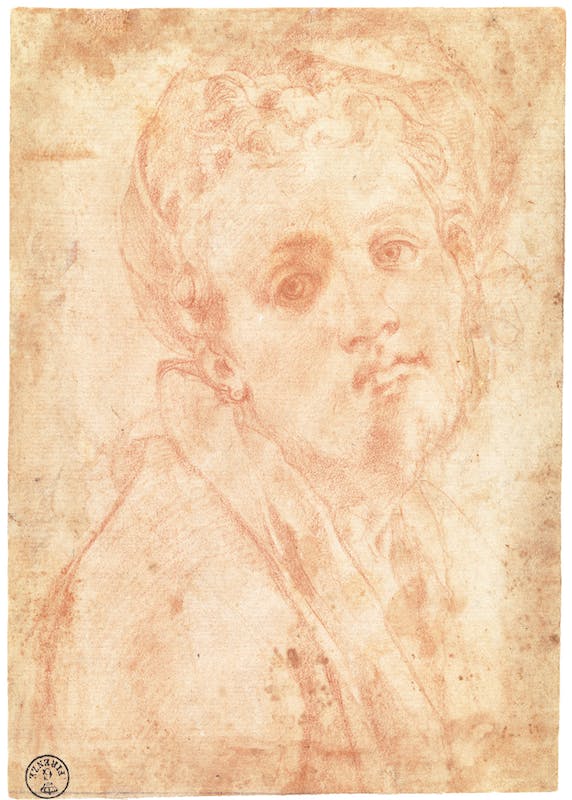 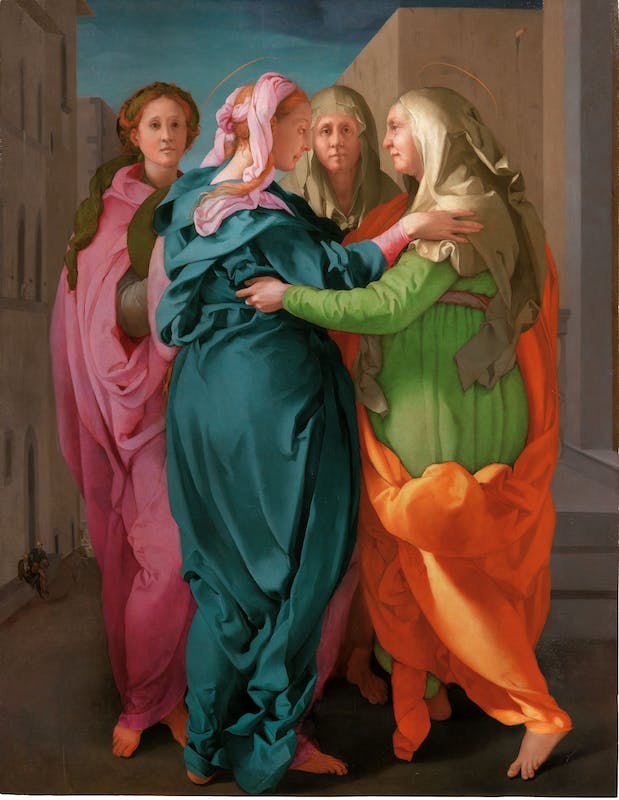 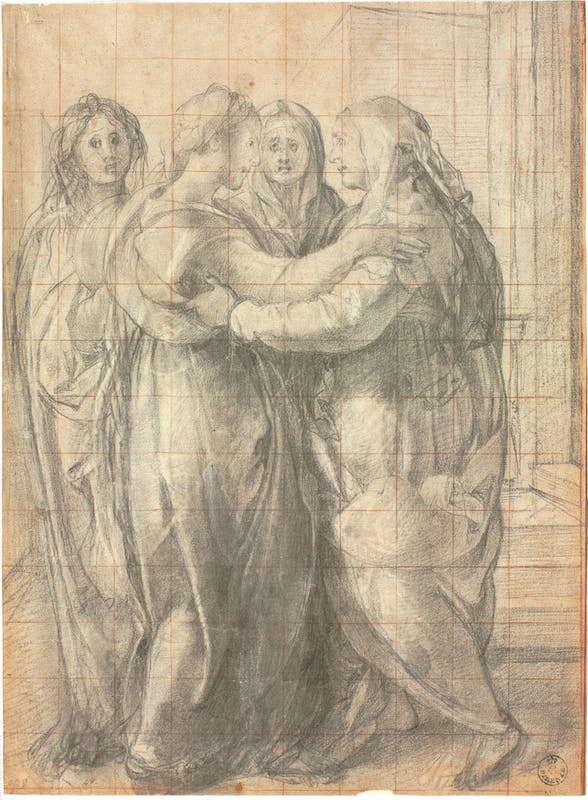 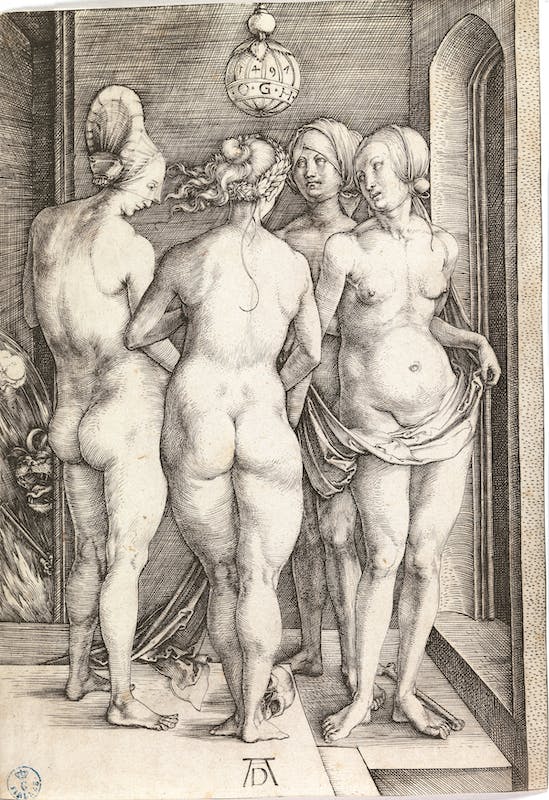 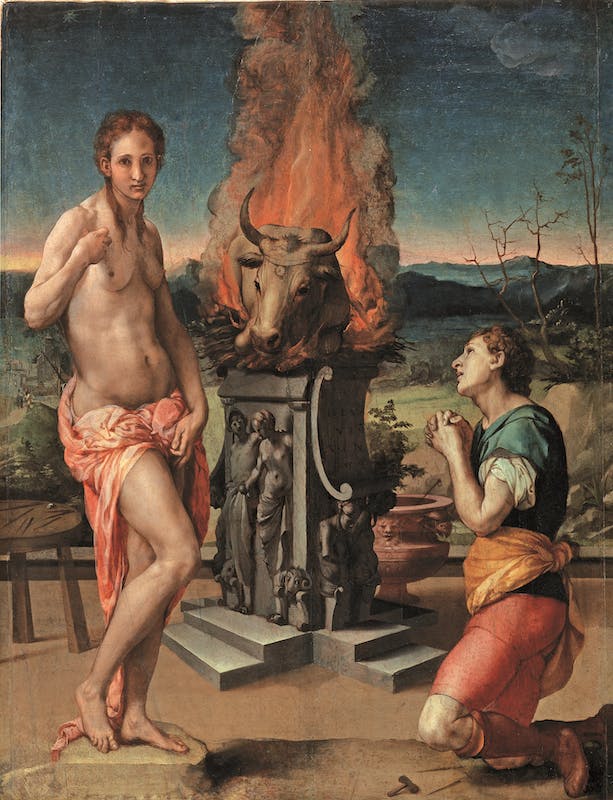 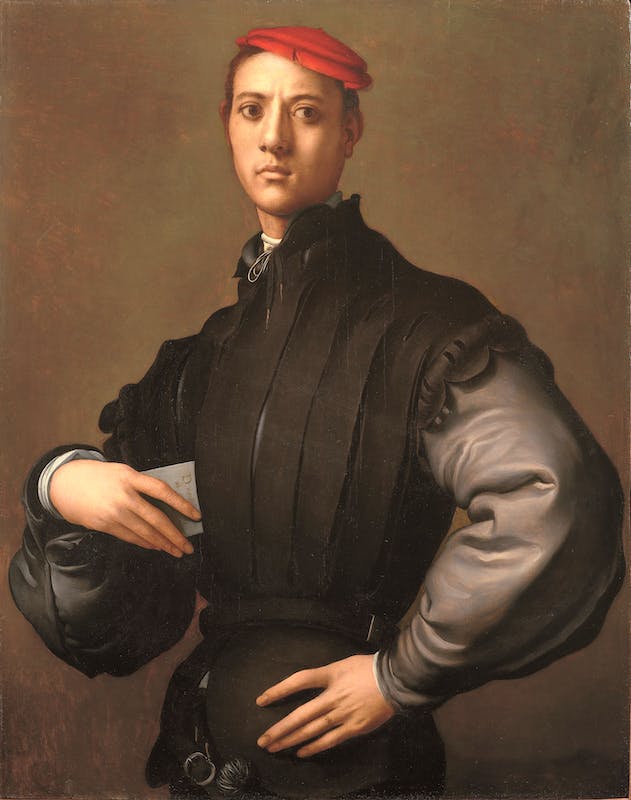 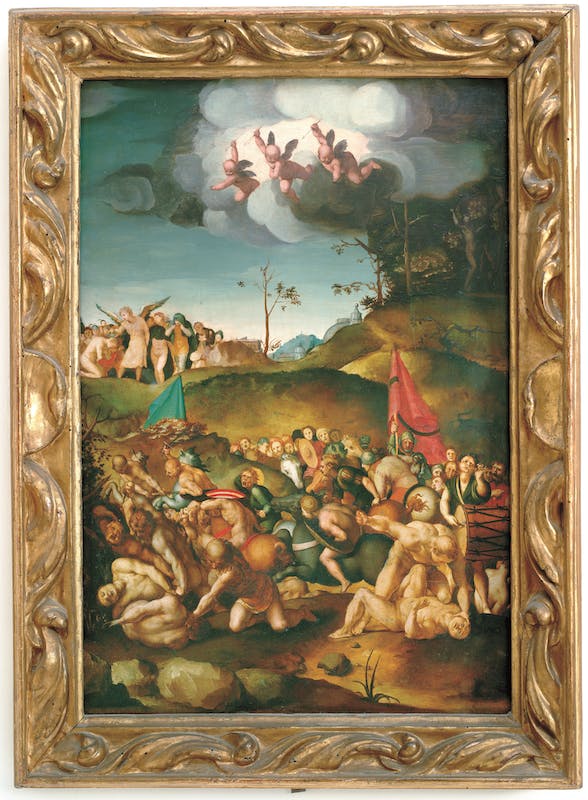 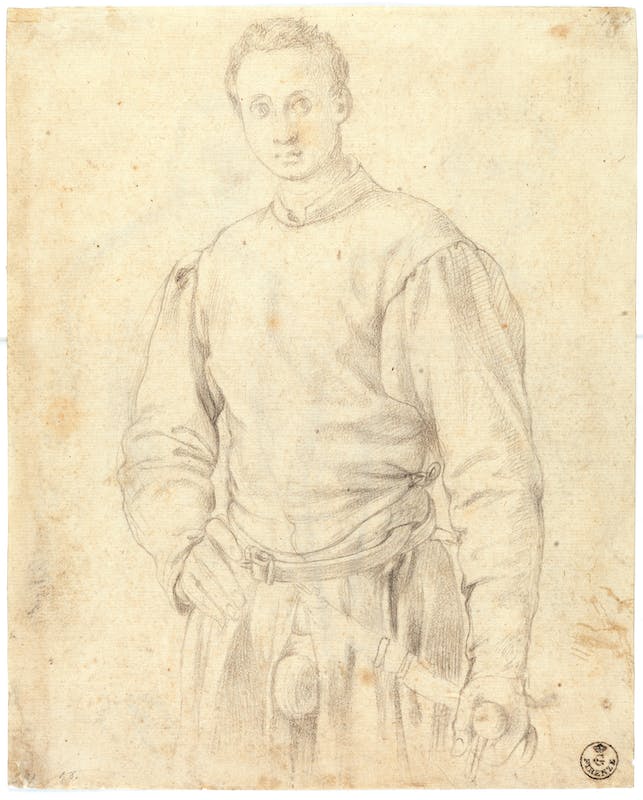 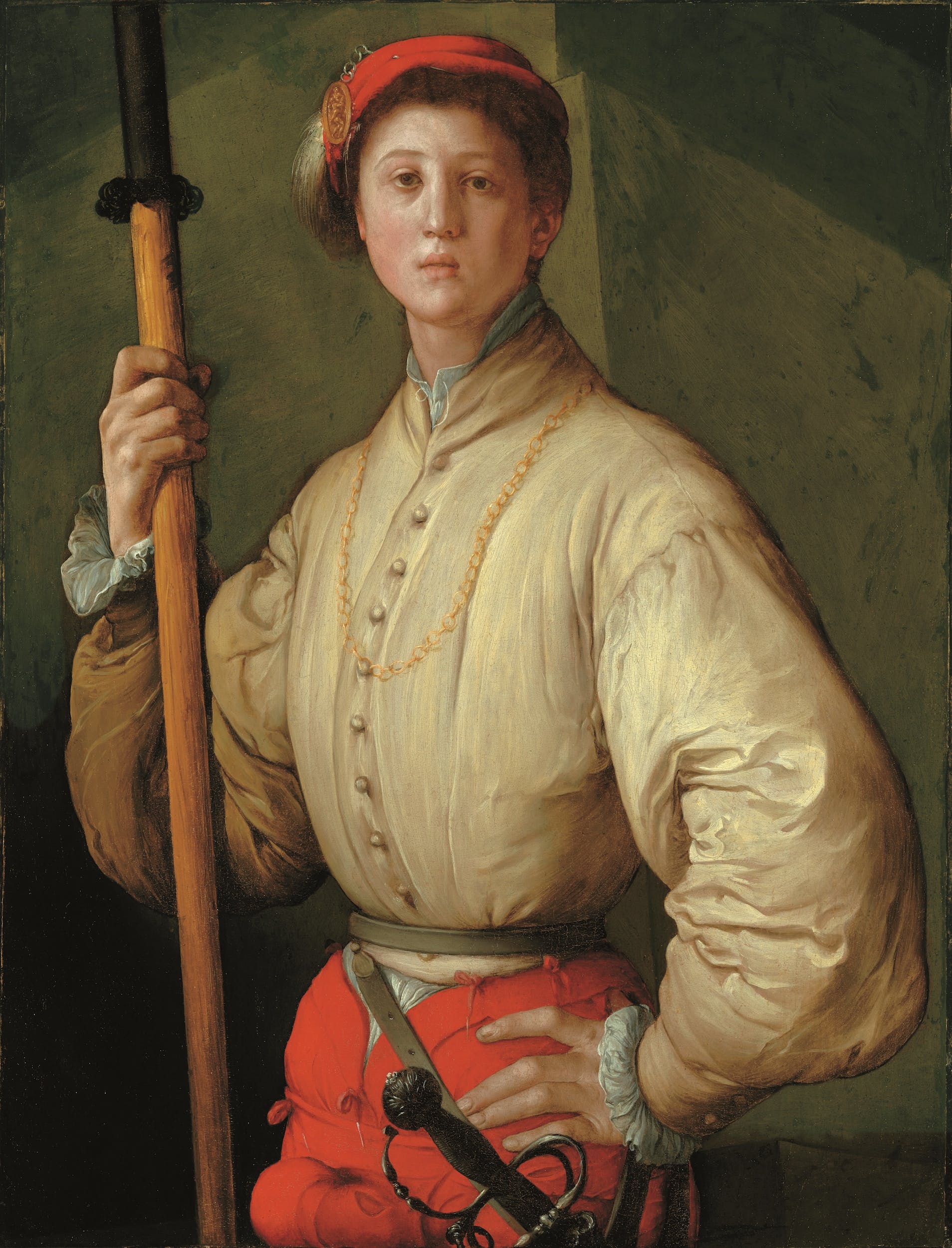 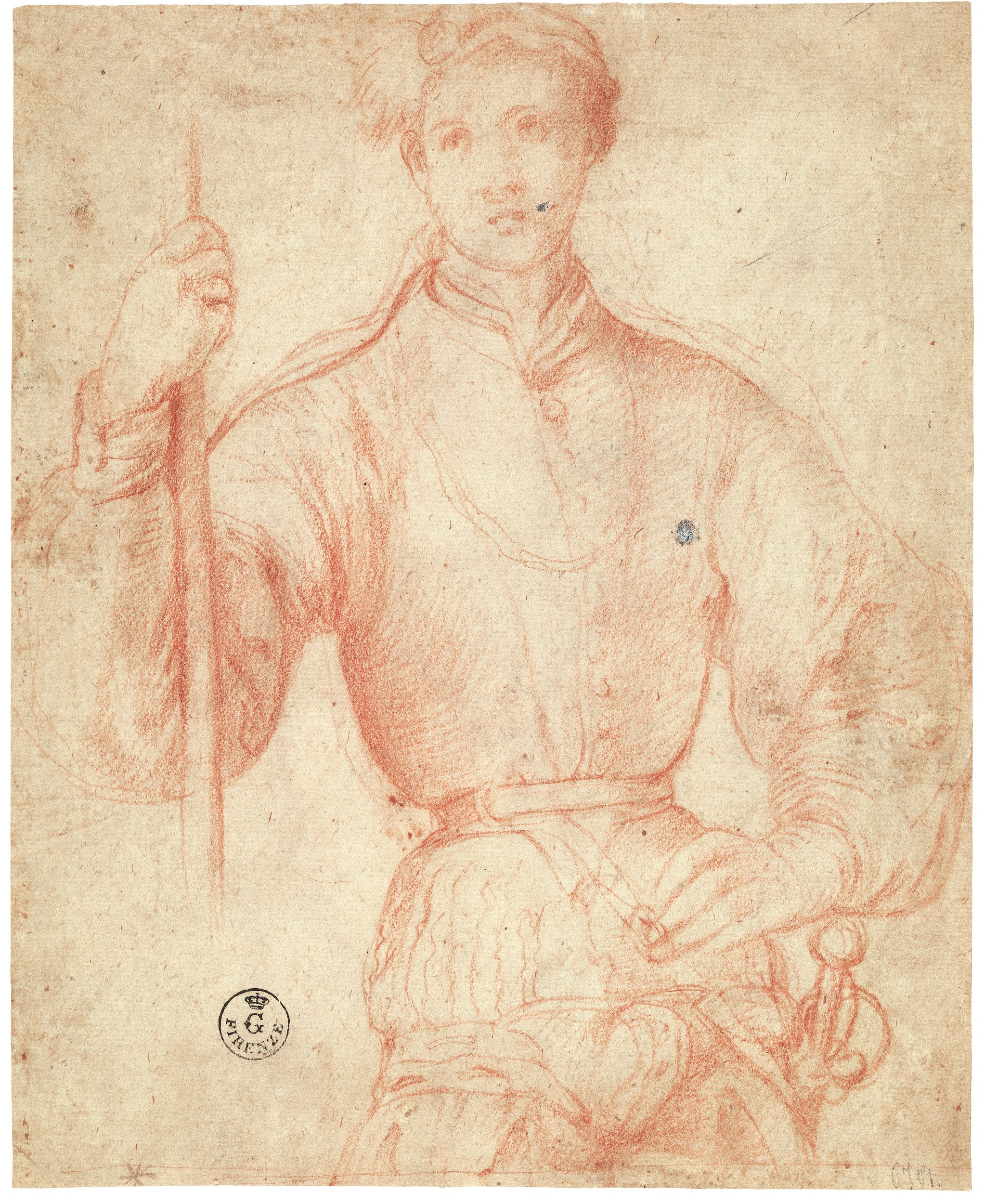 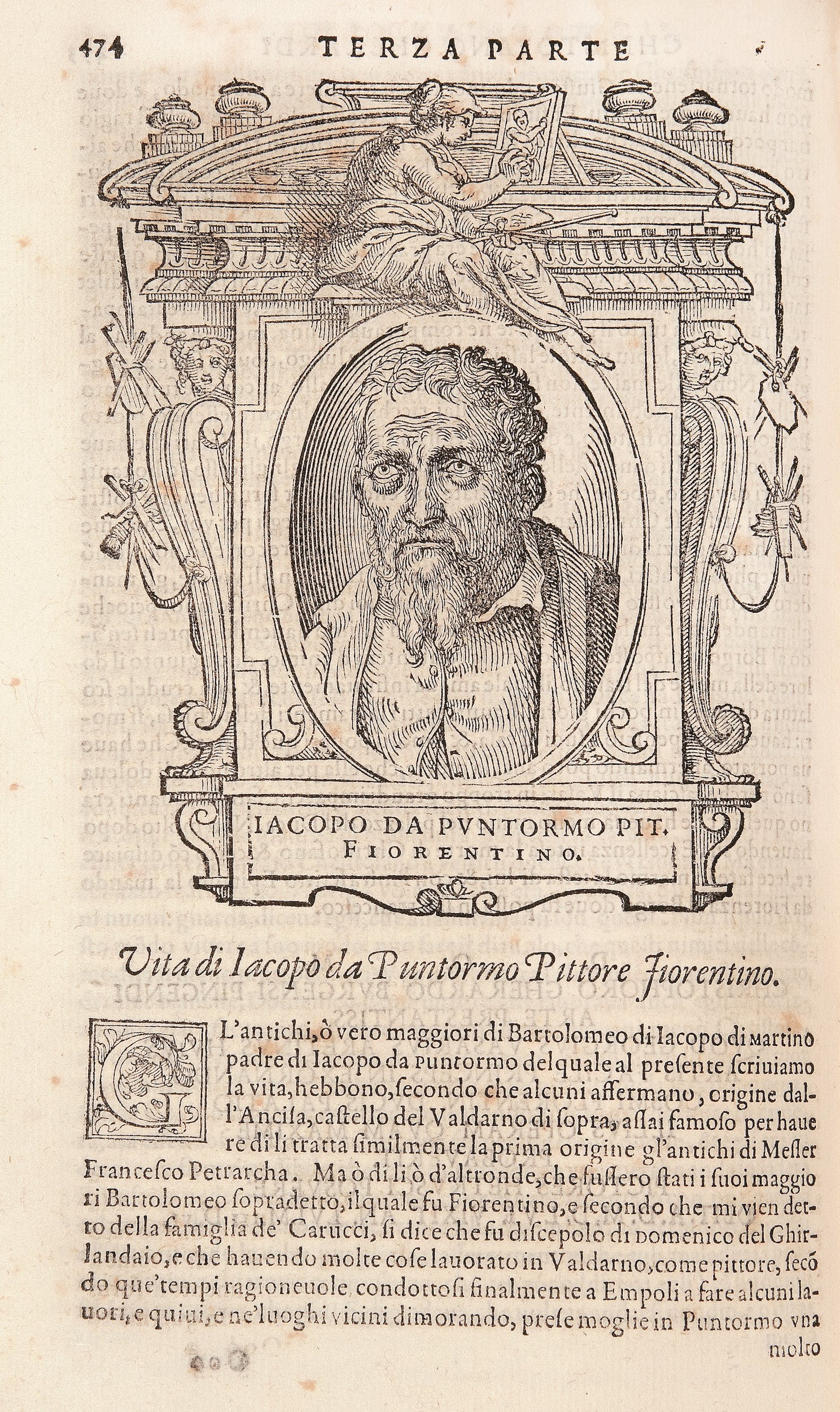 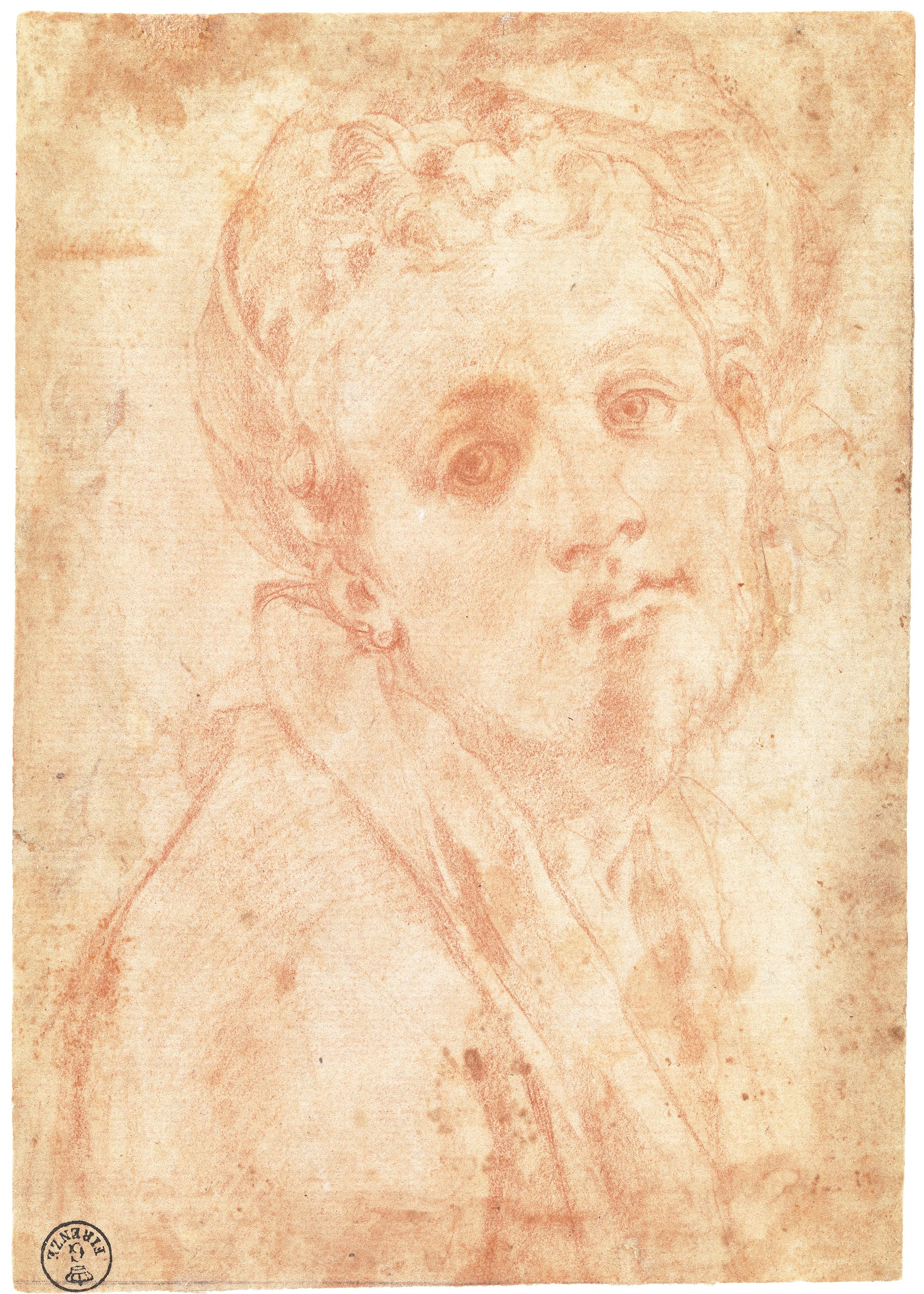 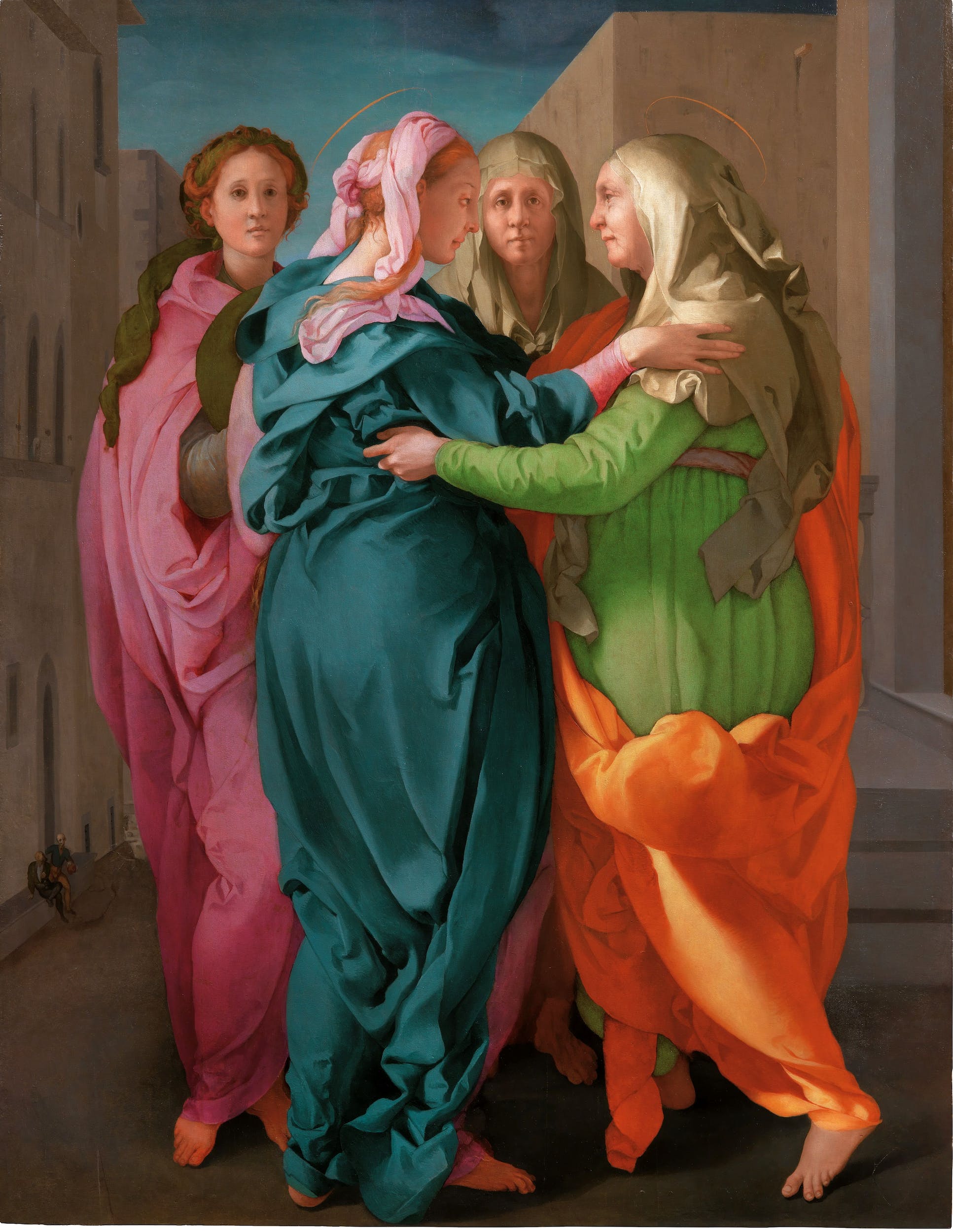 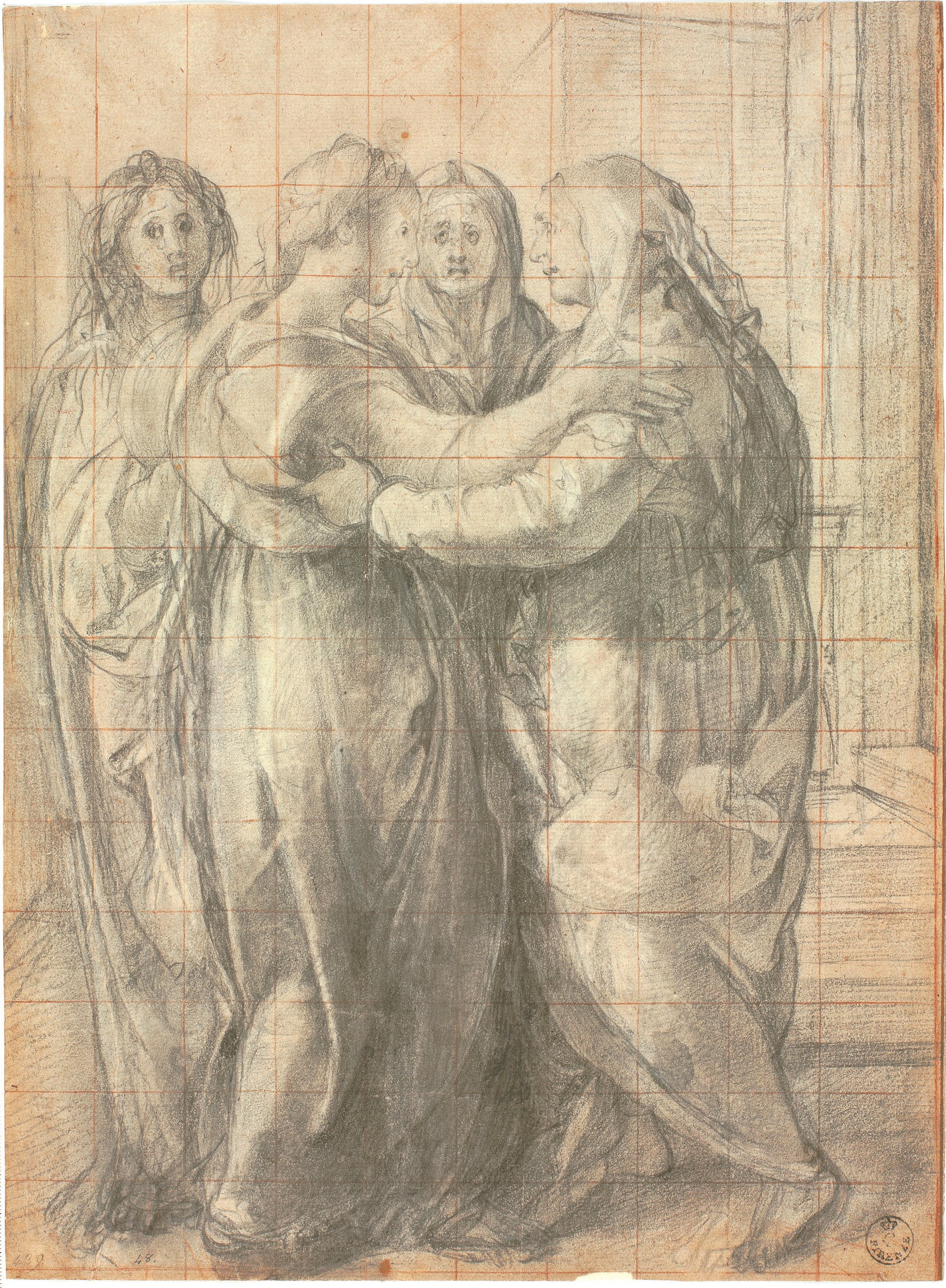 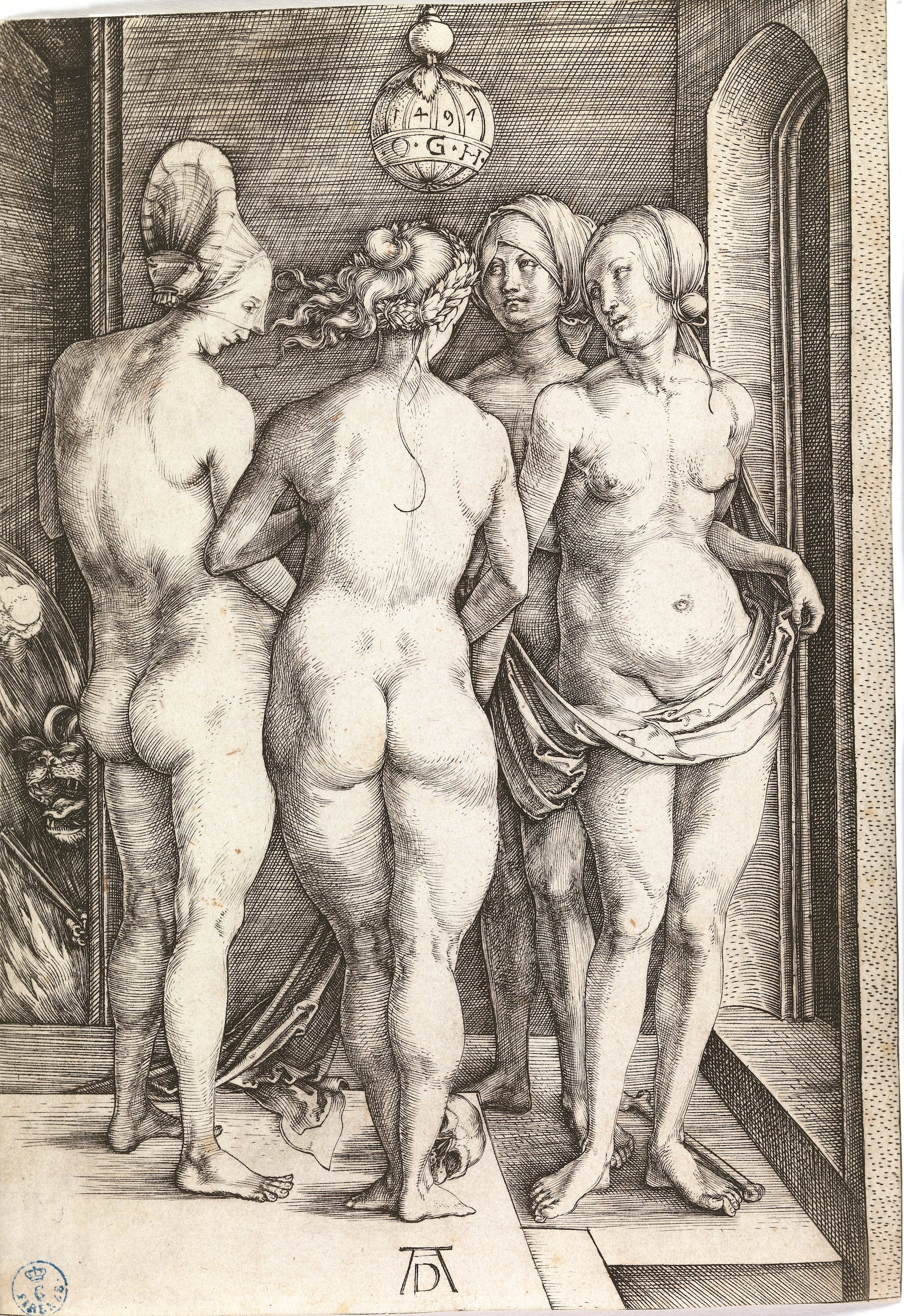 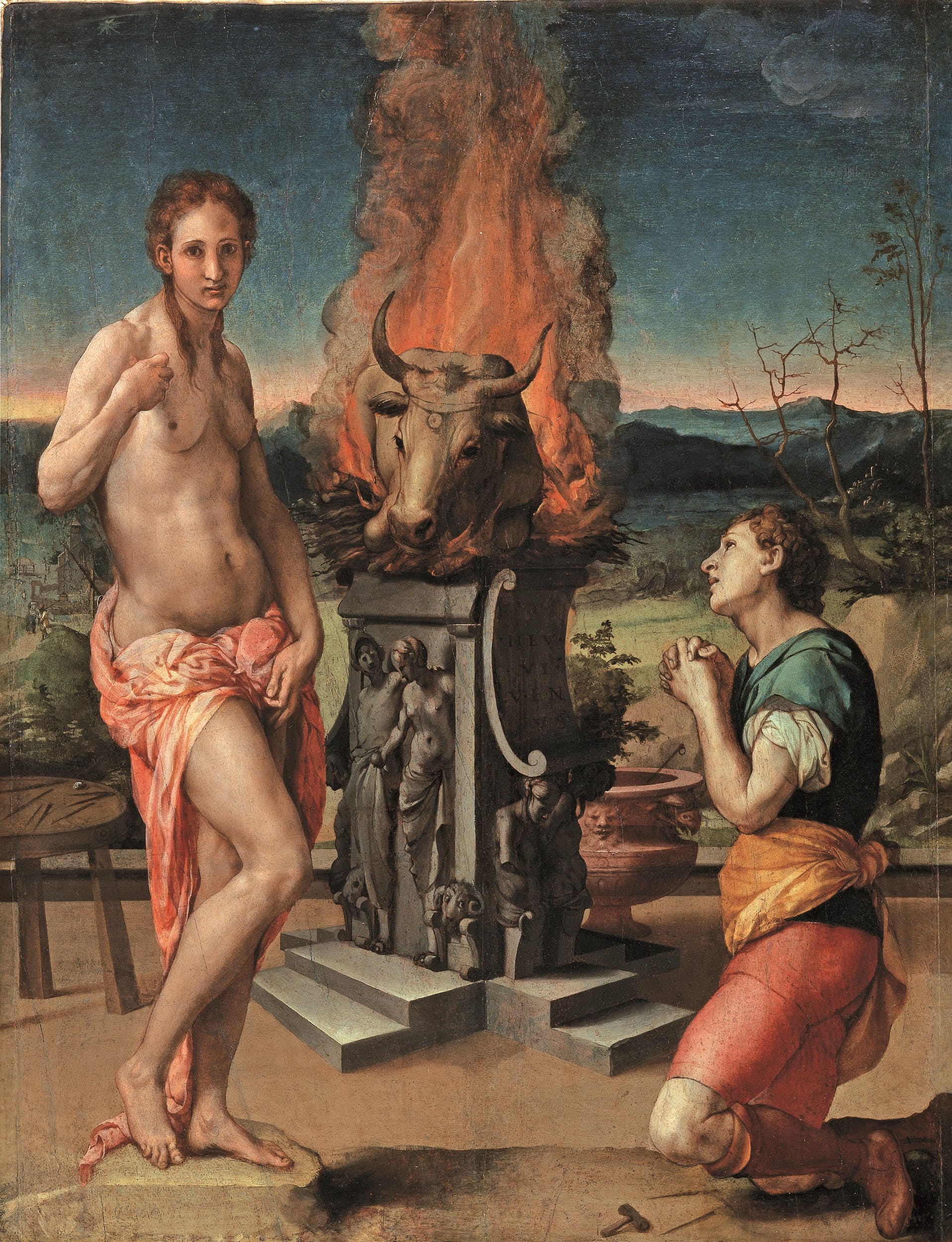 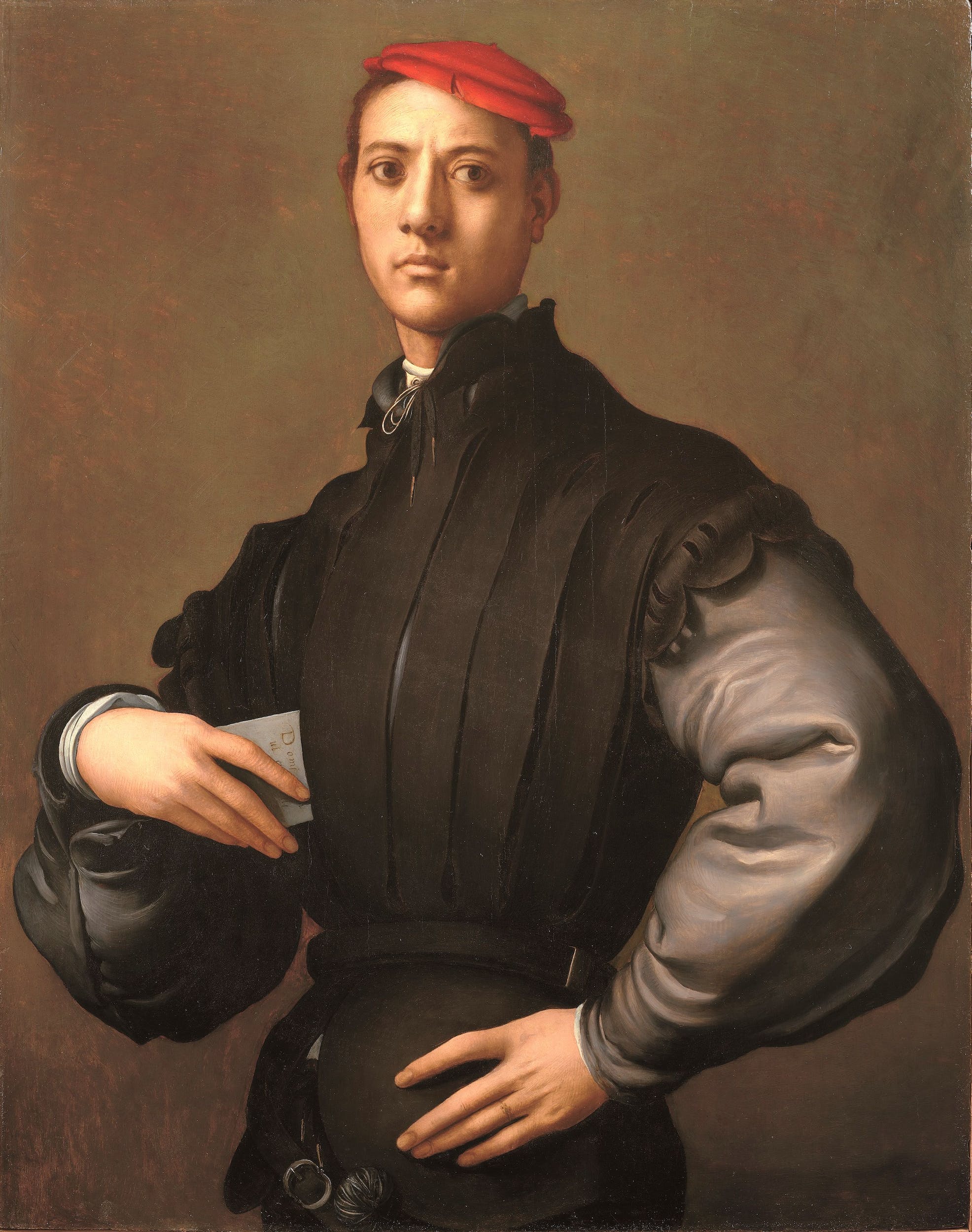 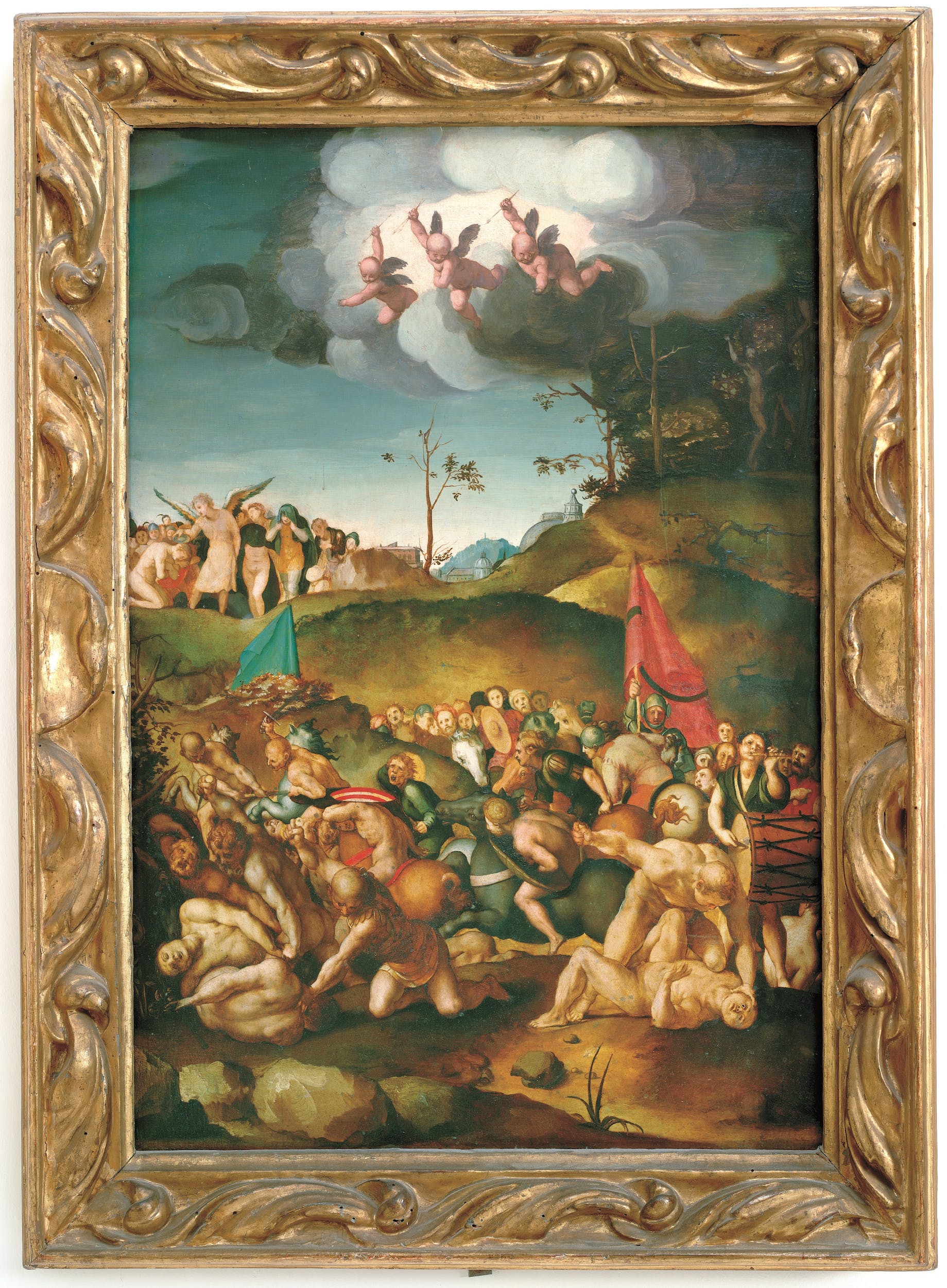 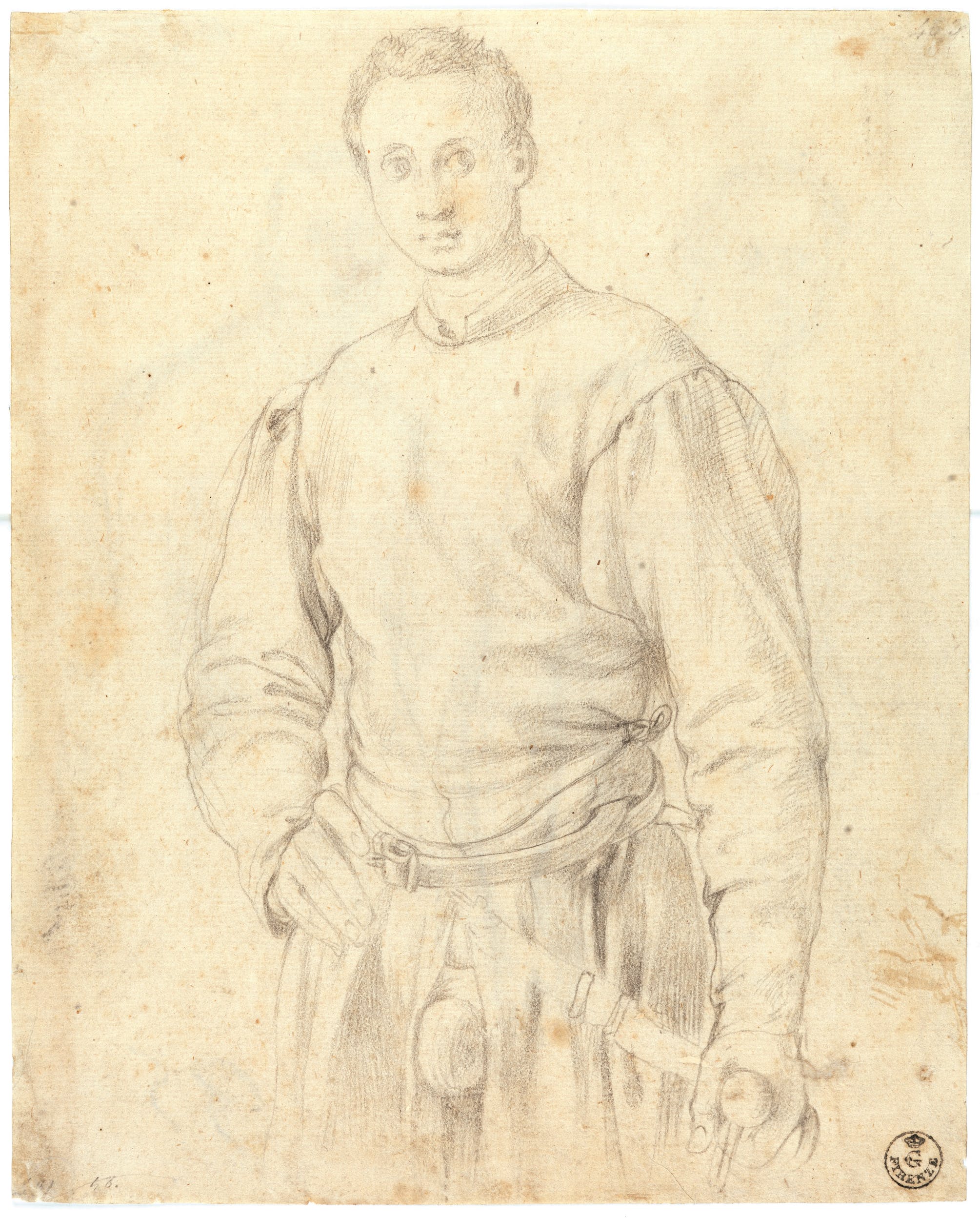 From Tuesday to Sunday.

8.15 am - 6.50 pm. The visit of the exhibition is included in the ticket price for Pitti Palace More info