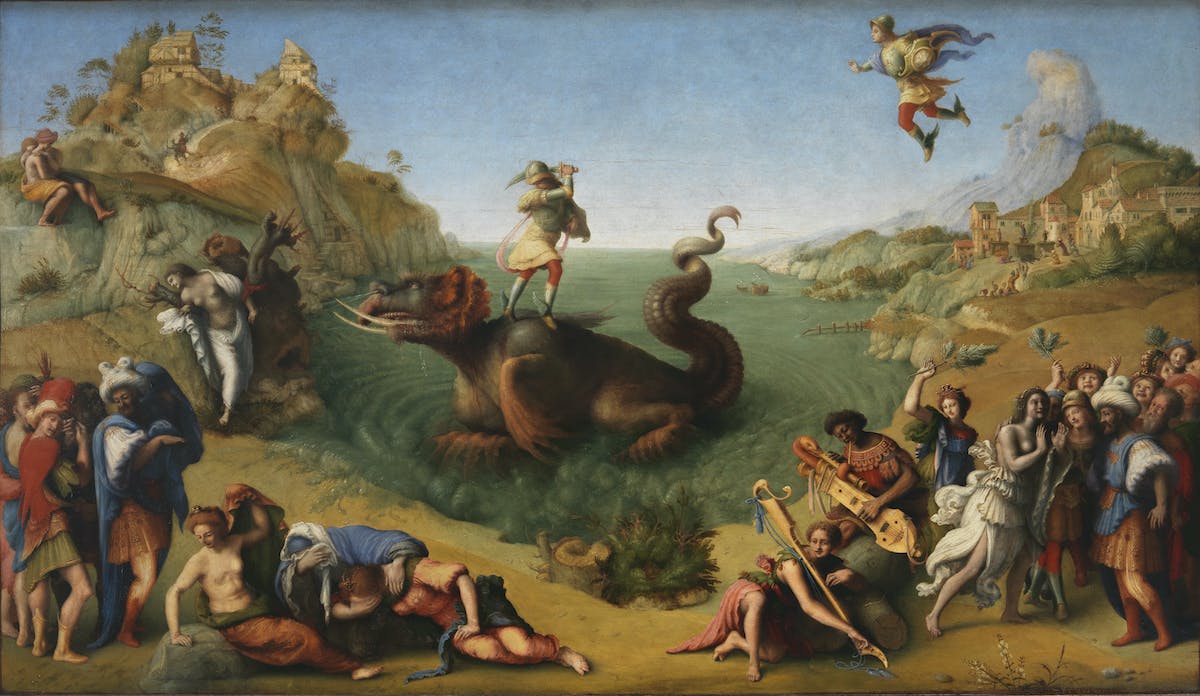 In the centre of the composition, Perseus is dealing with the sea monster that is about to attack Andromeda, daughter of the King of Ethiopia, offered as a sacrifice to placate the monster’s ire. The monster had been unleashed by Poseidon, angry with the boastful Cassiopeia, Andromeda’s mother. Perseus is shown twice more in the painting, when he sees the dragon and the young sacrificial victim, while flying through the skies on his winged sandals, when he celebrates the liberation of Andromeda, who will become his bride. In the composition, the jubilation of Andromeda’s father and the laughing crowds, shown on the right, contrasts with the desperation of the family at the destiny of the young princess in the scene on thee left.

The subject of the painting, derived from the Ovid’s Metamorphoses illustrates the story of a famous couple from Greek mythology and seems right for the destination of the panel, painted as part of the furnishings for a nuptial room, most likely that of Filippo Strozzi the younger and Clarice de’ Medici in Palazzo Strozzi in Florence, on which cabinet maker Baccio d’Agnolo was working in 1510-1511.  The artist, Piero di Cosimo, an eccentric, imaginative Florentine painter, working above all to make the narration clean and the improbably musical instruments or eastern costumes of the subjects credible, rather than evoking the drama of the story, also diluted by the reassuring view of the sea in which the enormous monster is swimming, almost bathing in a pond.

The panel, which comes form Palazzo Strozzi in Florence, passed into the collection of Sforza Almeni, confidential servant to grand duke, Cosimo I de’ Medici and then to the Medici collections. It was in the Uffizi as early as 1598, in the Tribuna. 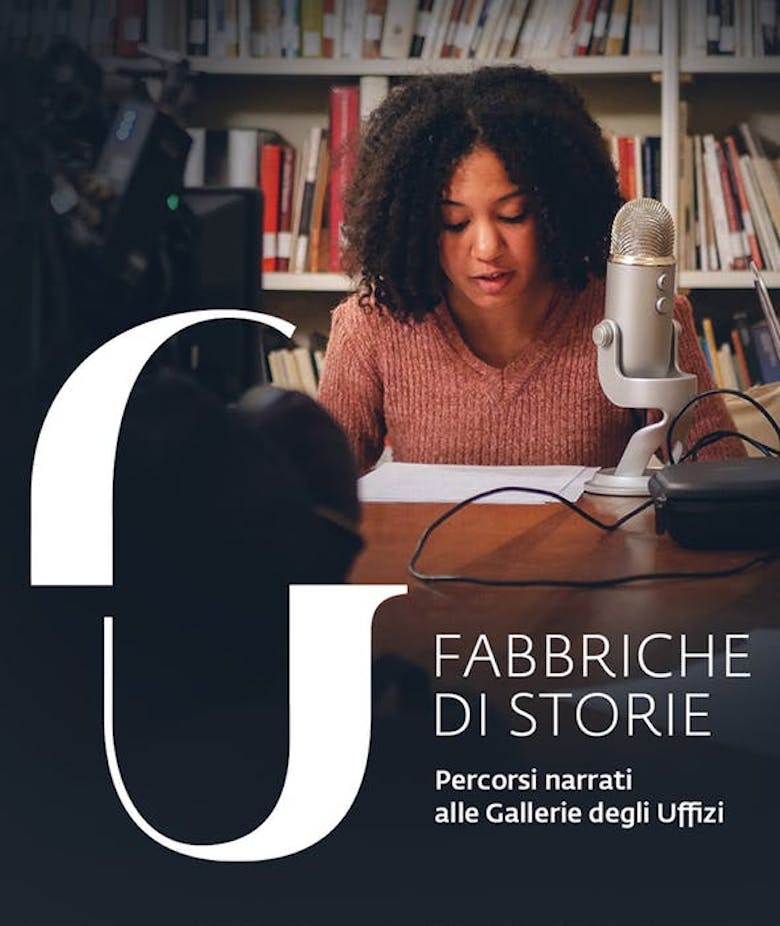