On view in Pitti Square and Santissima Annunziata Square

From July the 13th until November the 2nd, 100 metal wolfes by Liu Ruowang invade the space of the two squares in Florence, suggesting the aggression of man on the planet and the consequent reaction of nature.

The monumental installation occupies two prestigious spaces: Piazza Pitti and Piazza Santissima Annunziata, and wants to create connection and contrast with the idea of harmony typical of 15th century Humanism. The wolves indeed face two emblematic buildings of the Renaissance, Palazzo Pitti and the Spedale degli Innocenti, where the great Filippo Brunelleschi was able to show his conception of space, proportions and architectural rhythm.

The threatening pack of wolves shaped by Liu Ruowang - made up of 100 iron castings, each weighing 280 kg - is an allegory of nature's response to the ravages and predatory behavior of man towards environment. And it is, at the same time, a reflection on the values of civilization, on the great uncertainty in which we live today - made even more evident by the dramatic effects of covid-19 - and on the actual risks of an irreversible annihilation of the current world, apparently devoted to self-destruction.

The project was conceived on the occasion of the celebrations of 50 years of diplomatic relations between the Italian Republic and the People's Republic of China, represented by Consul General Weng Wengang, and made possible by the collaboration between the Uffizi Galleries, the Municipality of Florence and the Milan gallery Lorenzelli Arte. 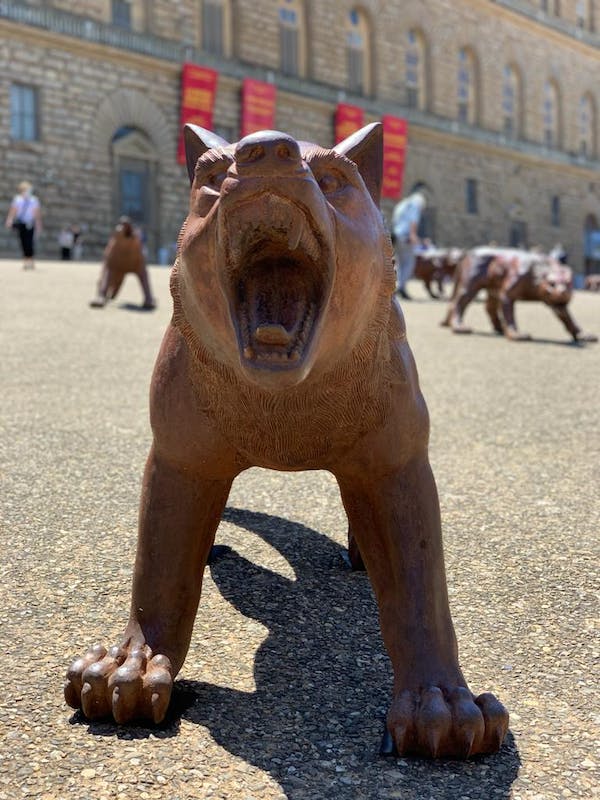 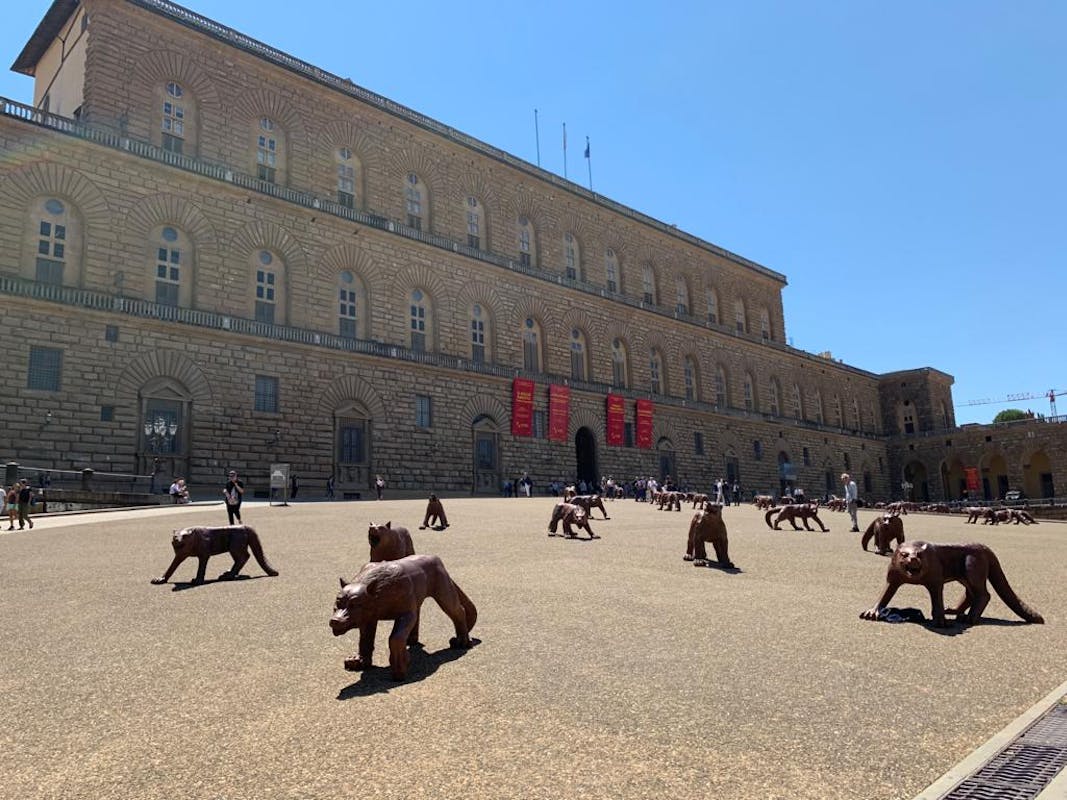 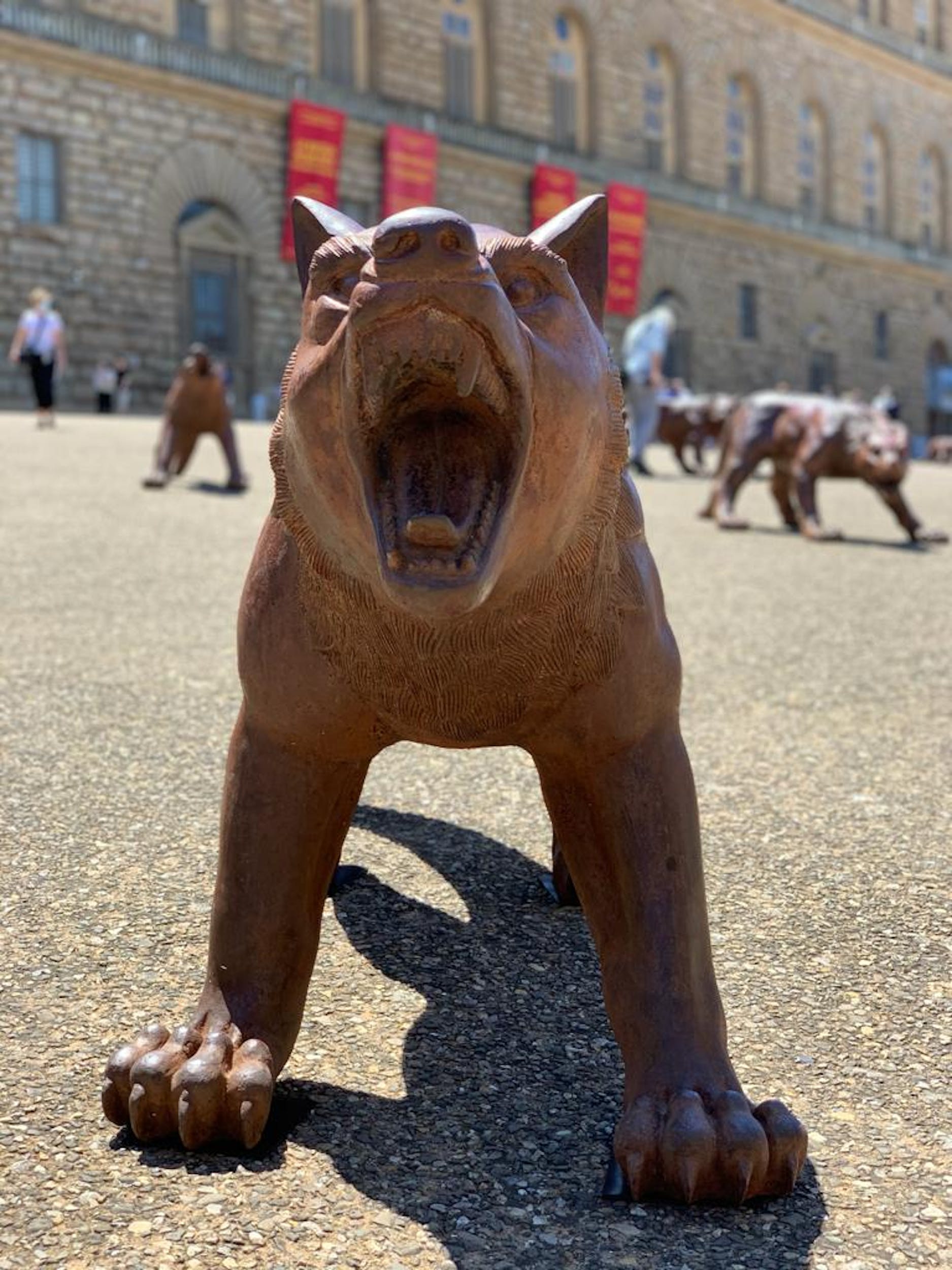 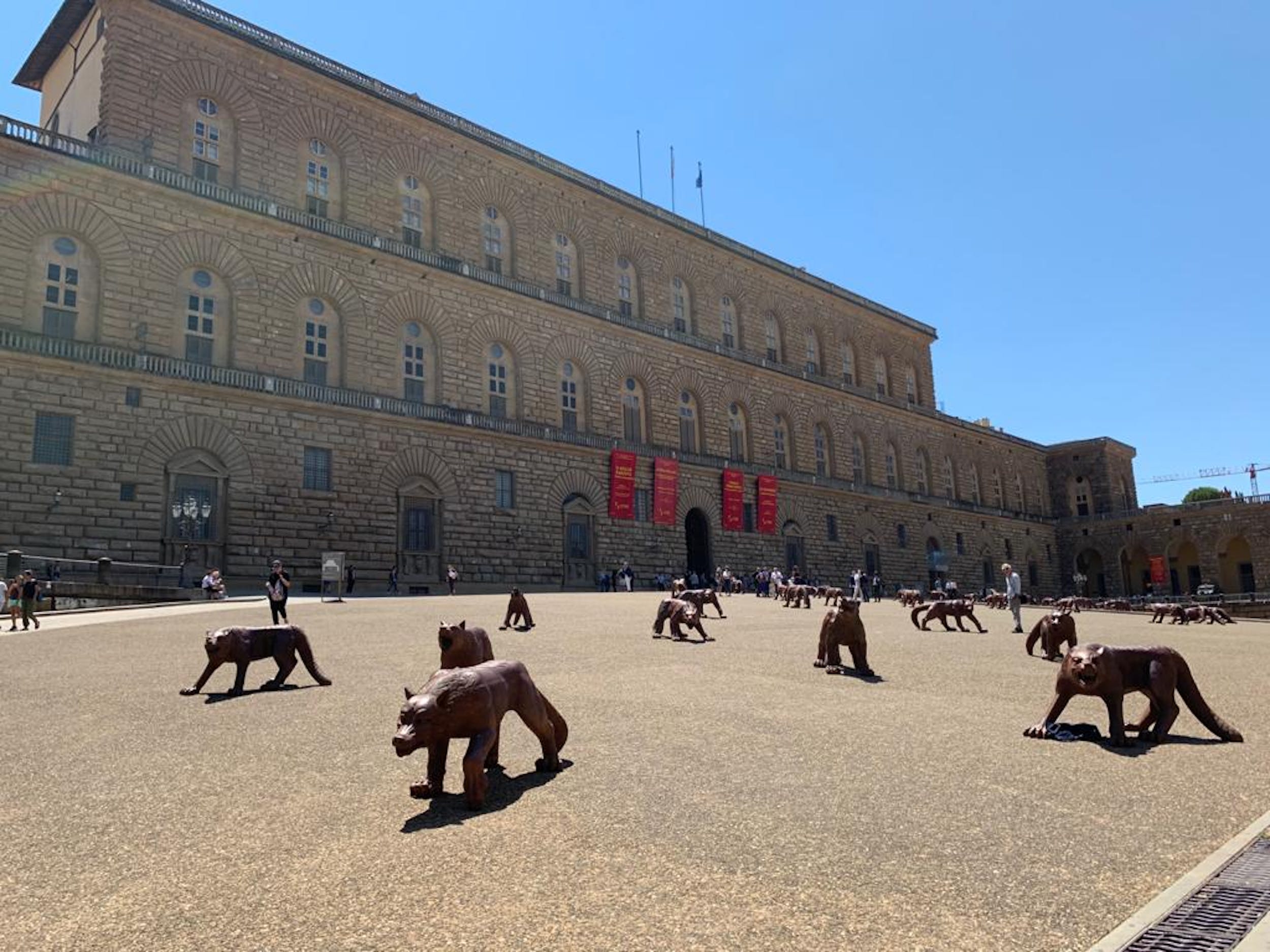