On Tuesday, June 13th, 2017, the opening day of the 92nd edition of Pitti Immagine Uomo, Il Museo Effimero della Moda (The Ephemeral Museum of Fashion), produced by the Fondazione Pitti Immagine Discovery in collaboration with the Uffizi Galleries and the Palais Galliera, will be inaugurated in the spaces of the Museum of Costume and Fashion in Pitti Palace. The exhibition is the second edition in a three-year program promoted by the Centro di Firenze per la Moda Italiana and the Uffizi Galleries and is curated by Olivier Saillard. It will be open until October 22nd, 2017.

“We are pleased to announce this new project centering on the culture of fashion,” says Andrea Cavicchi, President of the Fondazione Pitti Immagine Discovery and of the Centro di Firenze per la Moda Italiana (CFMI). “This is the fruit of collaboration among the foundation and two of the world’s foremost museums. An event that is important not only for Florence, in it’s effort to fortify its position at the crossroads of international fashion, but for our country’s fashion system as a whole. It was, in fact, made possible by the extraordinary contributions of the Ministry for Economic Development and of Agenzia Ice - and, of course, the support offered by the Ministry of Culture, an enthusiastic project participant since its inception.”

“For the third time in twelve months,” said Eike Schmidt, Director of the Uffizi Galleries, “Pitti Palace is hosting an exhibition that investigates the mechanisms of fashion and reflects on its broader implications. It is a doubly important event – The Ephemeral Museum is a sterling occasion to delve into the archives to offer visitors a new perspective on the collections and the spaces of the Costume Gallery as it completes its process of evolution toward becoming the new Museum of Costume and Fashion in Pitti Palace. For this I thank the Fondazione Pitti Immagine Discovery and the Centro di Firenze per la Moda Italiana.”

The peculiarity of The Ephemeral Museum lies in its novel conceptions of staging and thematic content. The exhibition, in eighteen rooms, will showcase nearly two hundred items – clothing and accessories – dating from the mid-nineteenth century to the present. For many, it will be the first time they are removed from their storage boxes, others will be exhibited for the last time before being put back into the archives because of their fragility. The clothes, punctuating each room’s theme, were brought back to light thanks to the wonderful work done by the restorers of the Galleria del Costume and the Palais Gallieria. They were created by the world’s most prestigious dressmakers and fashion ateliers, from Florence to Rome, Milan, Paris and New York, including the House of Worth; Mariano Fortuny Venice; Rosa Genoni; Atelier Emilio Schubert, Rome; Roberto Capucci, Maison Vionnet; Irene Galitzine, Rome; Elsa Schiaparelli; Jole Veneziani; Biki, Maison romana d'alta moda Carosa, Nina Ricci, Gianfranco Ferré and Christian Lacroix.

Contemporary fashions are also well represented with recent acquisitions by the Palais Galliera, shown for the first time here in Florence, and some items from the Pitti Palace collection. And the show includes a foray into the world of today’s fashions with selections from the latest collections by Gucci, Margiela, Bless, Fendi, Armani, Valentino, Prada, Dolce & Gabbana, John Galliano and Lanvin.

The catalogue photographs were shot by artist Katerina Jebb.

“The Ephemeral Museum is an occasion; an opportunity to reinvent Palazzo Pitti’s Galleria del Costume e della Moda,” said Olivier Saillard, ideator and chief curator of the exhibition, Director of the Palais Galliera, author of performances and art projects and curator of the exhibition “Balenciaga, l’oeuvre au noir” just opened at Musée Bourdelle in Paris. “On mannequins of wood and of wax, or abandoned on armchairs and seats, suspended as soft sculptures, reclining like sleeping beauties, the garments are the shipwrecked waifs of a mysterious, fragile and caduceus museum. It will disappear in a few months’ time, victim and witness to passing time. It is our hope that it may reborn in another time, another place, within the fickle walls of a museum, in the forgotten spaces of a building. That it will continue to raise questions about the transient nature of fashion but also about its poetic vitality; that in its nomadic meanders, it will to draw together sublime foundations and shifting frontiers; as it incessantly redefines itself, that it will become most beautiful, the fairest of all the world’s museums.” 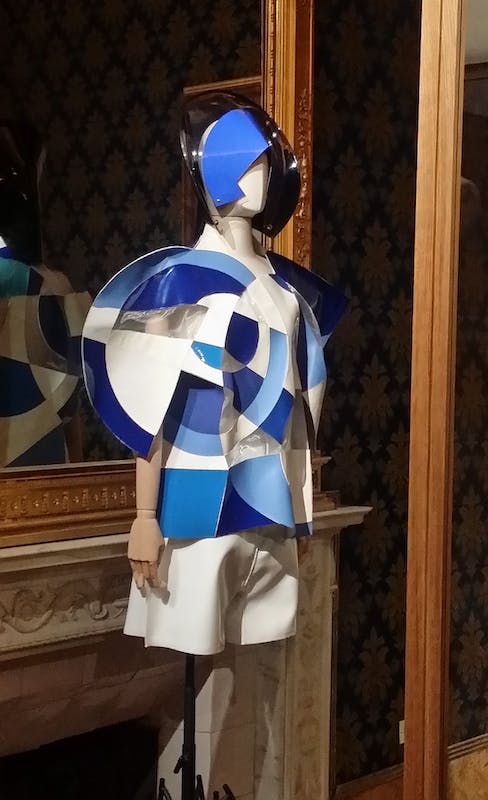 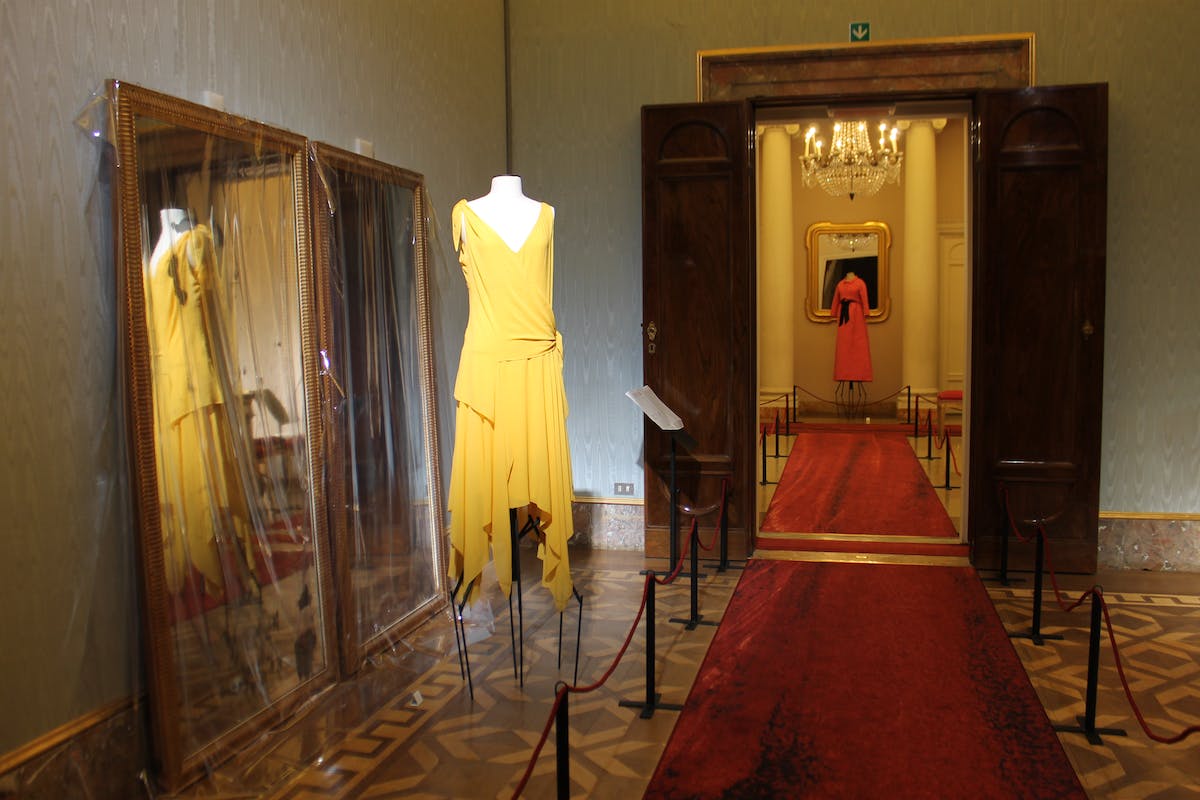 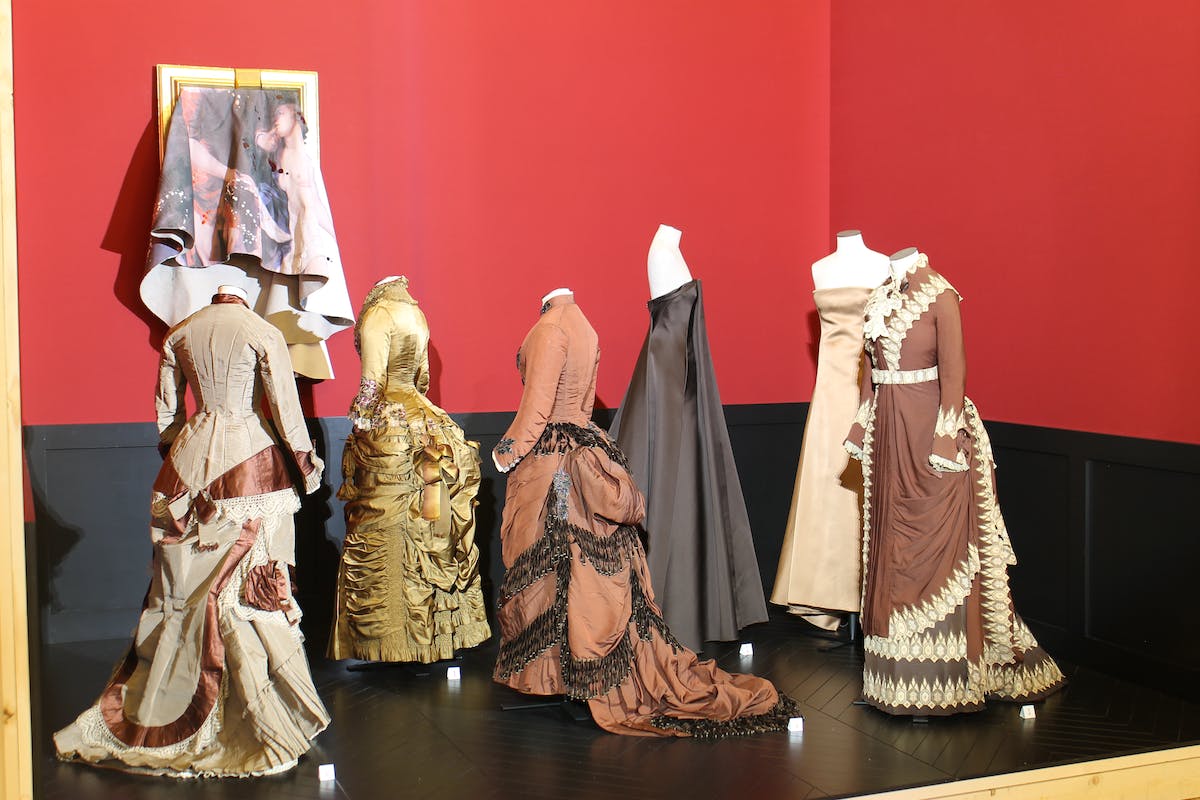 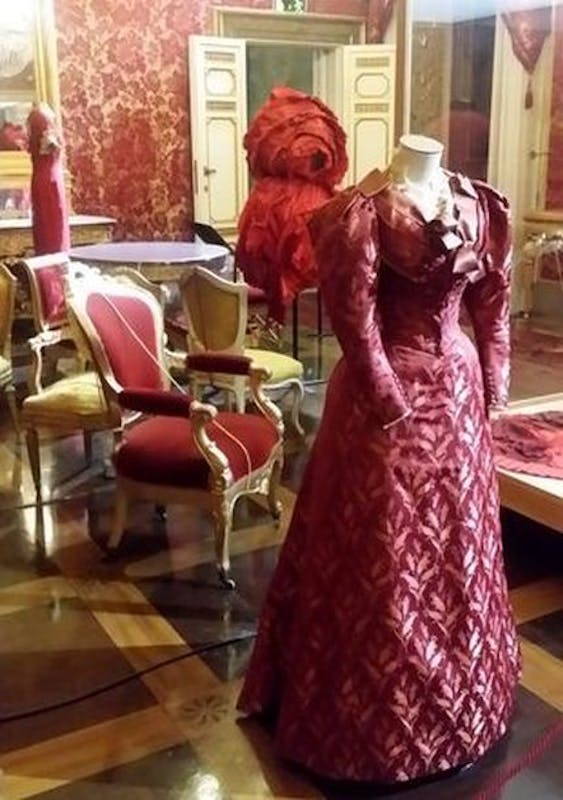 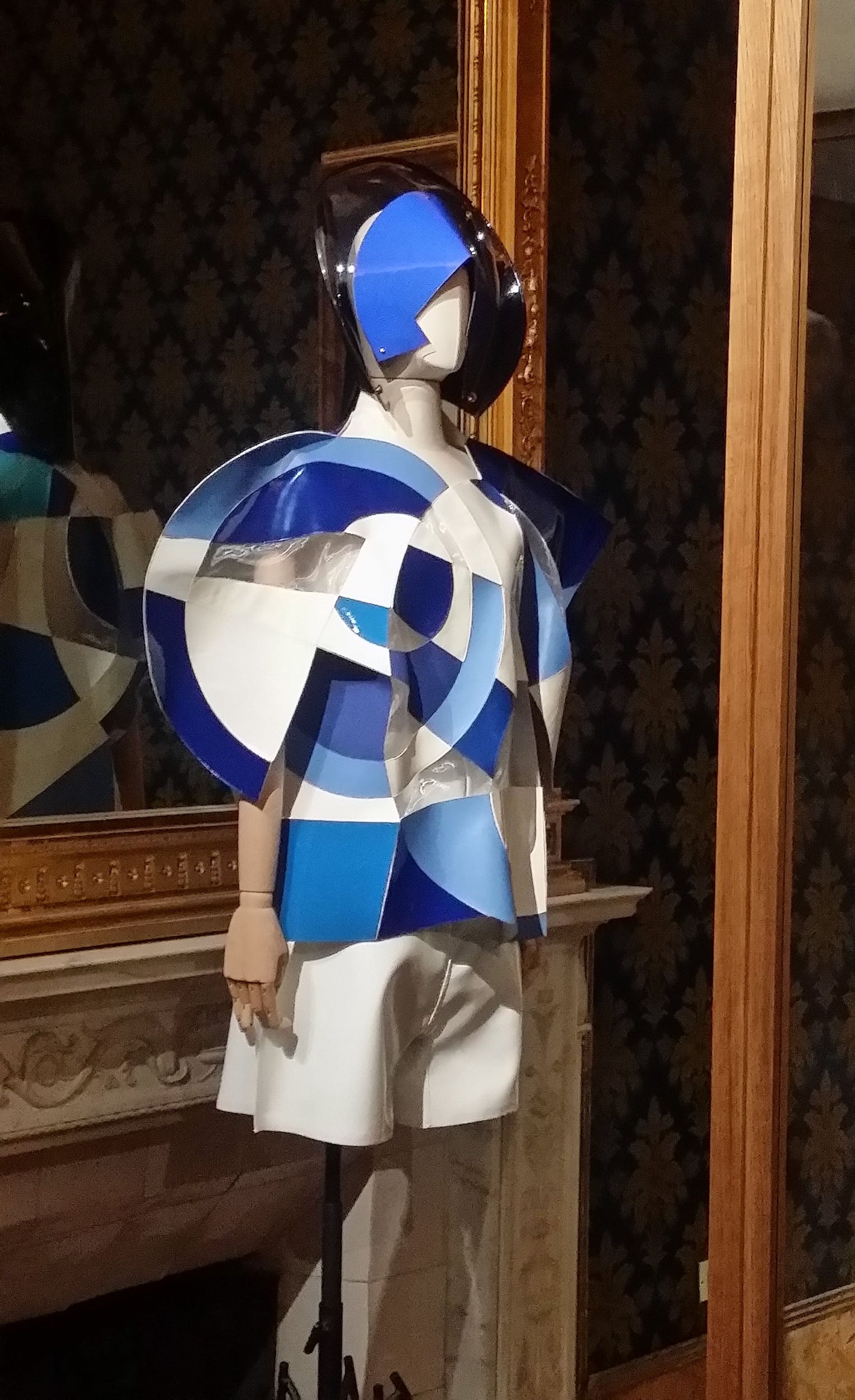 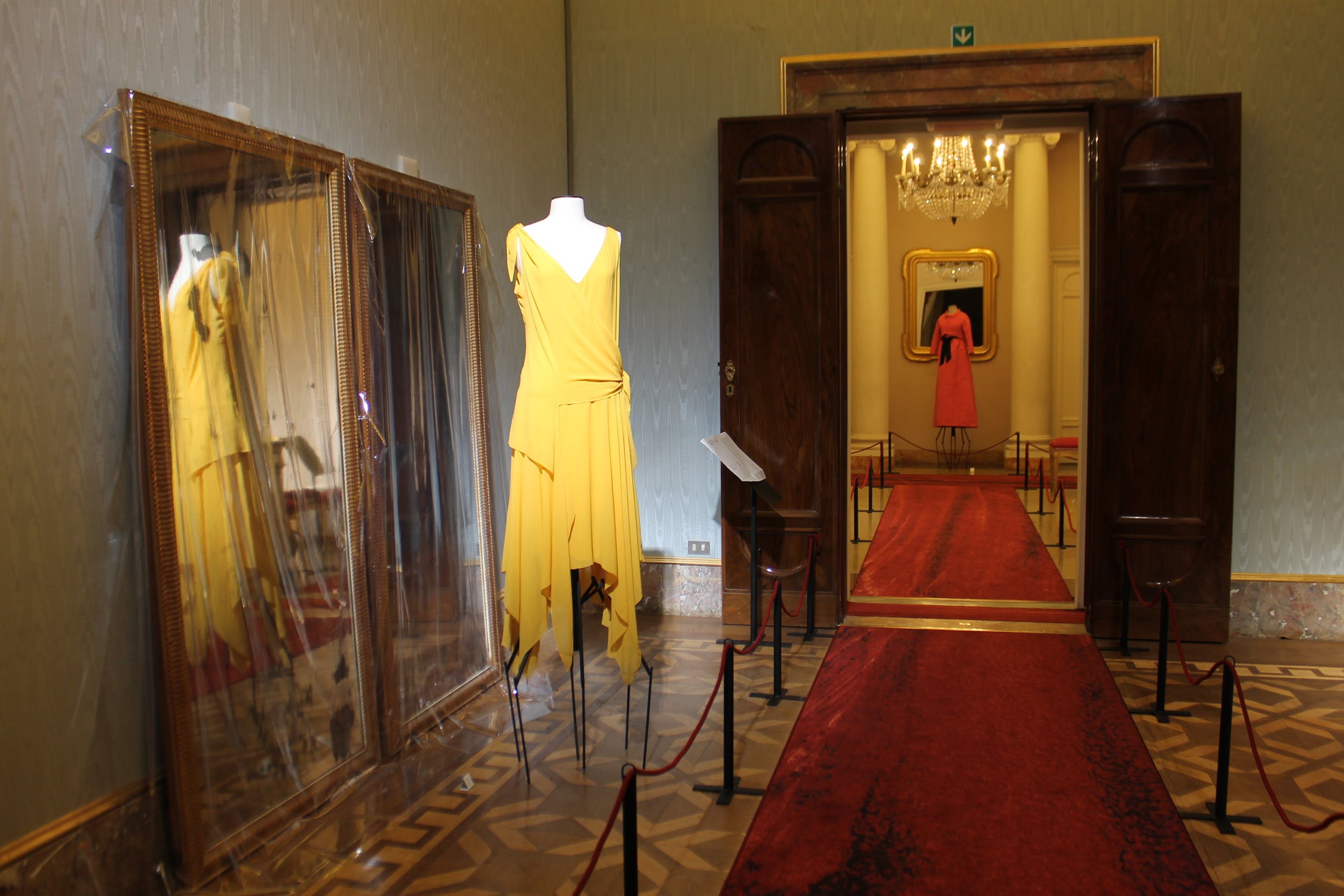 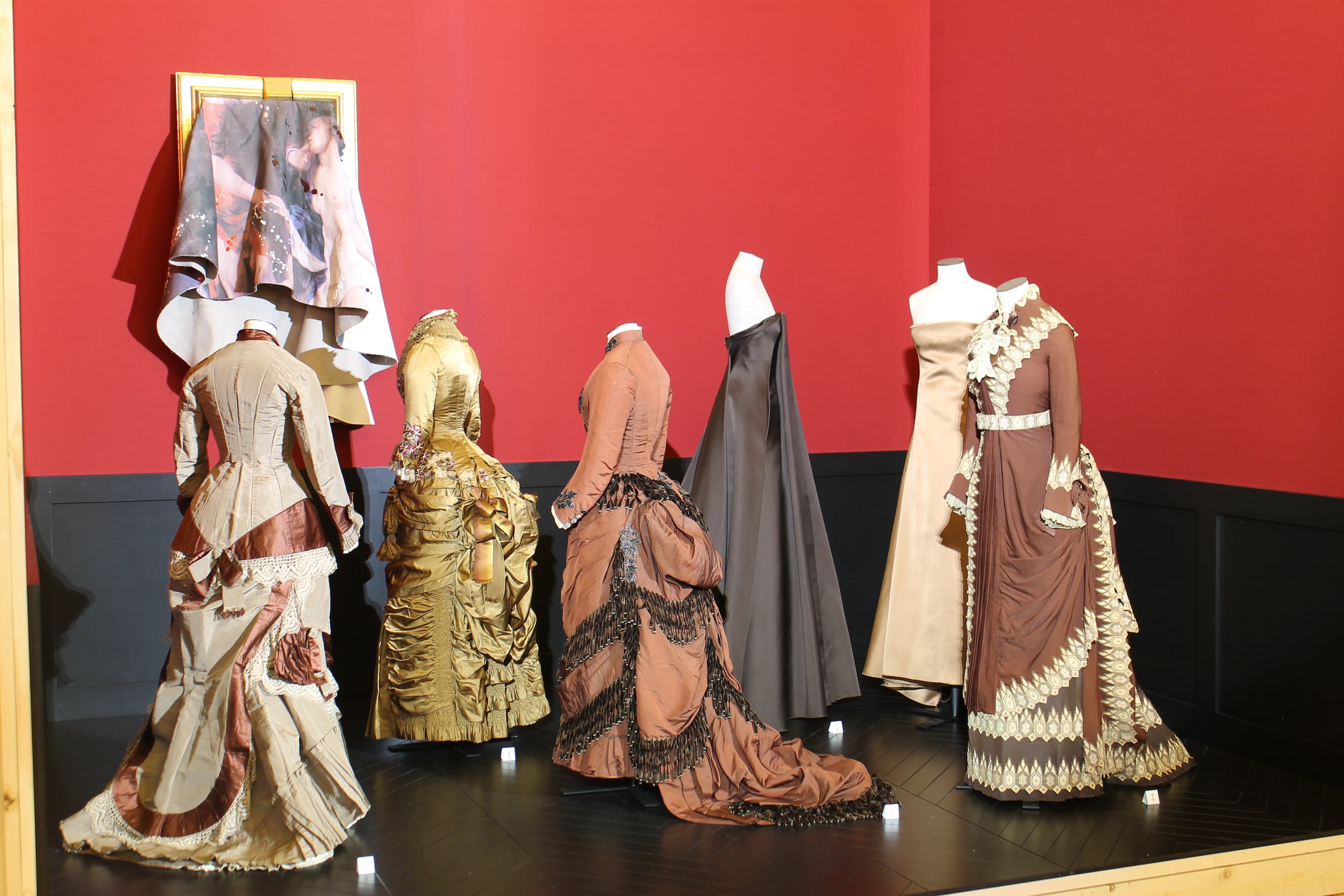 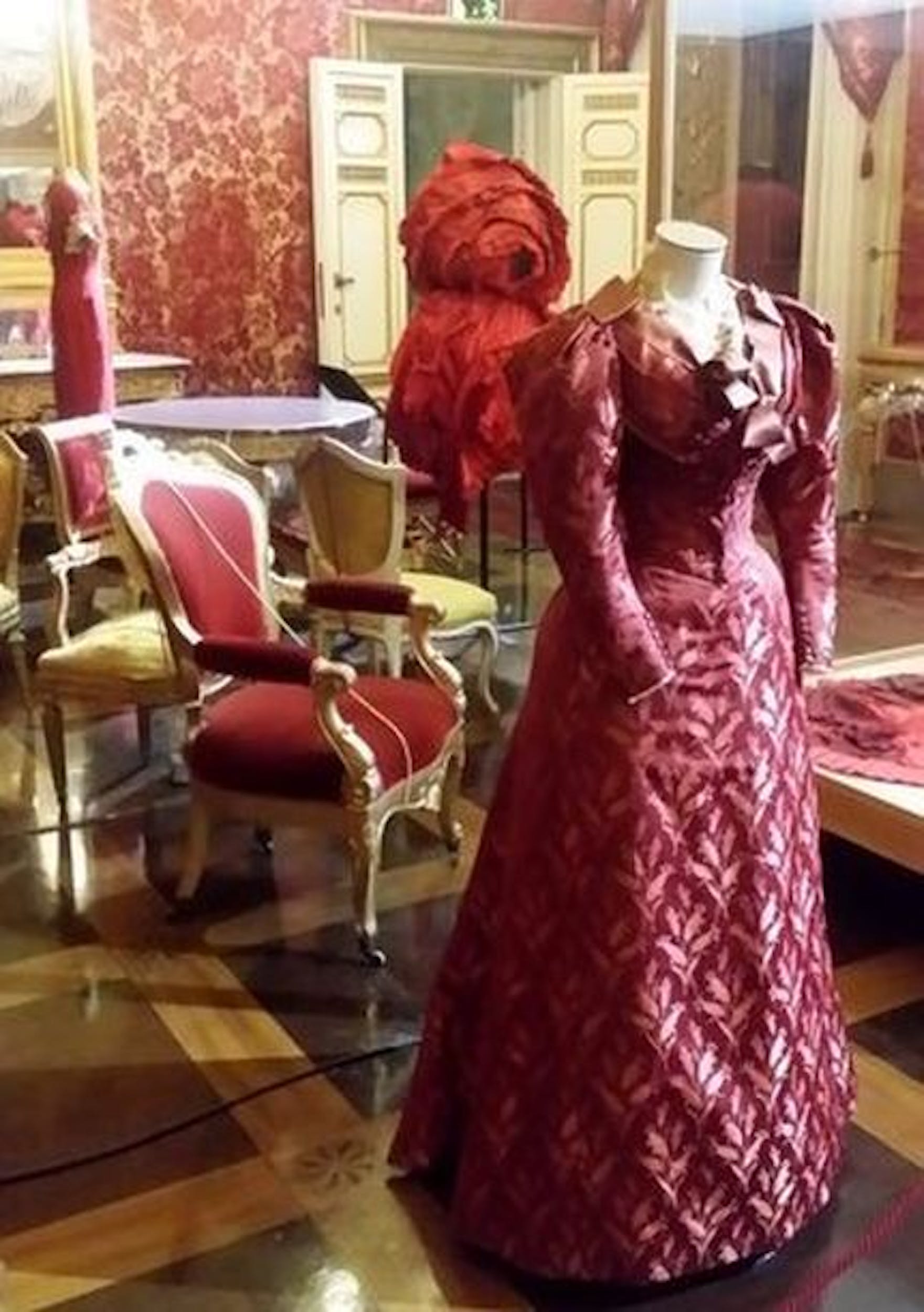 Arranged in the Museum of Costume and Fashion of Pitti Palace, the exhibition is curated by Olivier Saillar

Museum
Museum of Costume and Fashion