Xhixha, who currently spends his time between Milan and Dubai, was born into a family of artists in Albania. In fact it was thanks to his father that he discovered his calling for sculpture at a very early age. Over time, that sculpture was to take on a monumental quality and to focus on social and existential issues, becoming so successful that his iconic stainless steel structures today take pride of place in public and private collections throughout the world. His most famous work to date may well be the Iceberg, devoted to the issue of climate change: a powerful mass of steel emerging from the water, it was the first installation ever to obtain permission to float on the Grand Canal, during the Venice Biennale in 2015. The work was also to draw the attention of such leading international media as The New York Times, The Guardian and CNN. To mark the opening of the London Design Biennale in 2016, Xhixha was commissioned to design the layout of the central courtyard in Somerset House and he won the Public Award for Bliss, a series of concentric yet dramatically split blocks designed as a visual metaphor for the migration of peoples.

This exhibition, entitled Helidon Xhixha At Random, has been curated by Eike Schmidt, Director of the Gallerie degli Uffzi, in conjunction with art critic Diego Giolitti. In a spectacular layout involving fifteen monumental installations and sculptures spread out over Boboli Gardens and the city of Florence, Helidon Xhixha explores the concept of chaos and order, his work a tribute to the way in which these concepts have been addressed down the ages not only in philosophy and in the arts (sacred geometry) but also in the natural world.

Their surfaces glistening like mirrors, the works merge into their surrounding environment, pursuing a sophisticated intellectual and aesthetic investigation that sinks its roots in the 16th and 17th centuries and offering a new take on the theme of the interaction between art and nature that was so close to the heart of the Medici family's artists, who interpreted it with spectacular fountains and mesmerising grottoes in those centuries.

Xixha has created eight of the fifteen sculptures on display expressly for this exhibition, including Order and Chaos, Helium and Neon, which are on display in the Amphitheatre in Boboli Gardens. Alongside them, however, the exhibition will also be showcasing other works created between 2010 and 2016 (Symbiosis, Desert, Fragment, Elliptical Light, Light, The Four Elements) illustrating the sculptor's recent output. Knowledge and Infinite, set up in the area in front of the Pitti Palace, play a go-between role with Florence and with the austere and mathematical character of its urban aesthetic. Knowledge calls to mind the genius of Fibonacci, nature's most immediate response to the Golden Section, while Infinite harks back to the fundamental concepts of order, balance and regularity.

With Chaos, a monumental installation expressly created for the Limonaia conservatory in Boboli Gardens, Xhixha explores nature in an effort to penetrate the meaning of chaos. Taking his inspiration from the Cueva de los Cristales, the Cave of the Crystals in Naica in Mexico with its extraordinary selenite crystals up to fourteen metres tall set in an old silver and lead mine, Xhixha has created a new order of seemingly random and chaotic structures which closer observation reveals to be a clarifying and exquisitely intellectual human response to the natural formation: imposing steel columns clad in fabric invite the visitor to enter and to explore this powerful artistic interpretation of one of the wonders of the cosmos as though entering a cave of almost lilliputian proportions.

In most of his works, Helidon Xhixha transforms stainless steel, polished until it gleams like a mirror, into incredible abstract forms at once massive and delicate, a visual comment on the interaction between metal and light, between the object and its surrounding environment, between the tangible and the intangible. His recent success at the Venice Biennale in 2015 and at the 2016 London Design Biennale, together with the prestigious awards he has received, have given Xhixha a position of prestige in the panorama of international art and his works are currently among the most recognisable and sought-after in the context of contemporary sculpture.

Xhixha's art has a natural depth and breadth, speaking to everyone at different cultural and intellectual levels. As Director of the Uffizi Galleries Eike Schmidt states, these works are imbued with a special communicative tension and forge a unique and different relationship with each individual observer. "Like an enlargement of the dual nature of light, both wave and particle, from the quantic dimension to the monumental dimension, Helidon Xhixha's sculptures are at once solid object and ephemeral mirror: solids which yet seem to exist only in relation to that which surrounds them and to those who observe them. At the same time, however, they are not the product of complex theoretical reasoning; rather, they offer an immediate, gut-level experience to the observer regardless of his or her age or intellectual formation. It is indeed rare for sculpture to succeed in drawing the attention of children and adults alike, yet both tend to engage in a lengthy exploration of Xhixha's work and generally take out their smartphones to capture their own image together with the images being reflected by the steel. The sculptures also act as magnets for the very young, who often touch their bizarre surfaces and move around them, observing the changes in their reflected image, pulling faces or leaping about in front of them. These highly interactive and communicative objects multiply, separate and distort the observer's image, in many cases even turning it completely upside down."

Thanks to the City of Florence, the artist has also been invited to display a new monumental sculpture in Piazza San Firenze entitled Giotto's "O", a reference to the legendary idea of perfection for the painter Giotto da Bondone. "Giotto's 'O' by Helidon Xhixha," as Dario Nardella, the Mayor of Florence, explained, "is the work of art that has been chosen to inaugurate the new aspect of Piazza San Firenze, a square which has been renovated and upgraded thanks also to the language of contemporary art and culture. It is precisely in this context that, working in conjunction with the Uffizi Galleries, we have decided to extend the celebrated Albanian artist's one-man show into Piazza San Firenze, in an effort to build a virtuous dialogue between contemporary works of art and the square's spectacular Baroque and Renaissance architecture. The Museo Nazionale del Bargello, Palazzo Gondi and the Complex of St. Philip Neri make up the superb backdrop for one of the most representative squares in the city's historical centre, a square that from now on will also be able to host temporary exhibitions of public art."

The exhibition – with a catalogue published by Sillabe – is curated by Diego Giolitti and Eike Schmidt, organised with the patronage of the Comune di Firenze, and promoted by the Ministero dei beni e delle attività culturali e del turismo, with the Uffizi Galleries and Firenze Musei 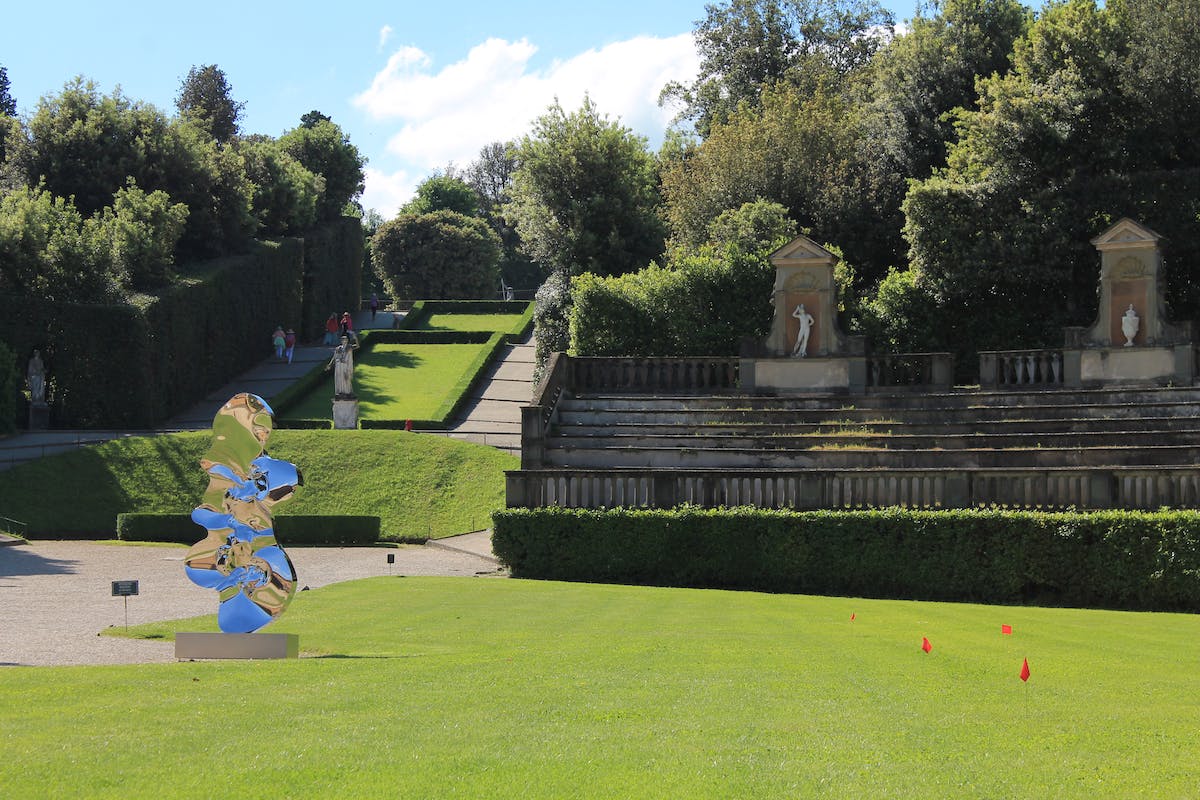 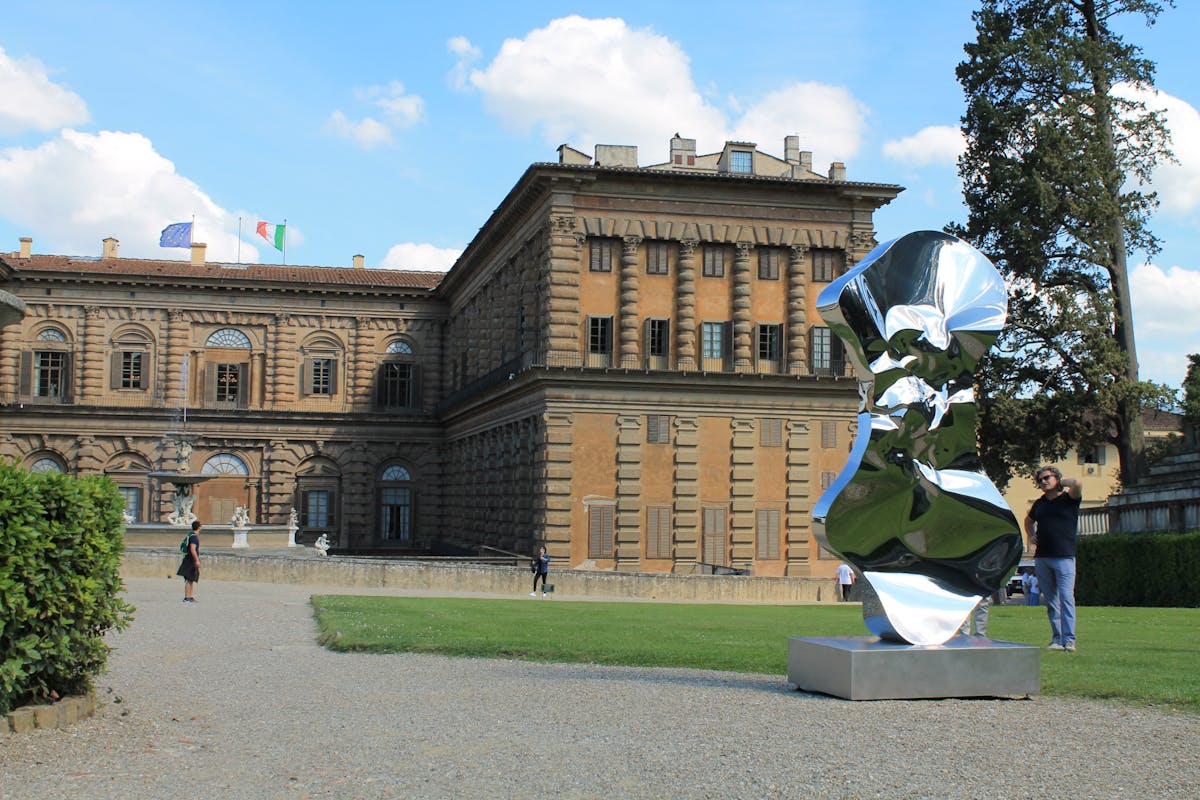 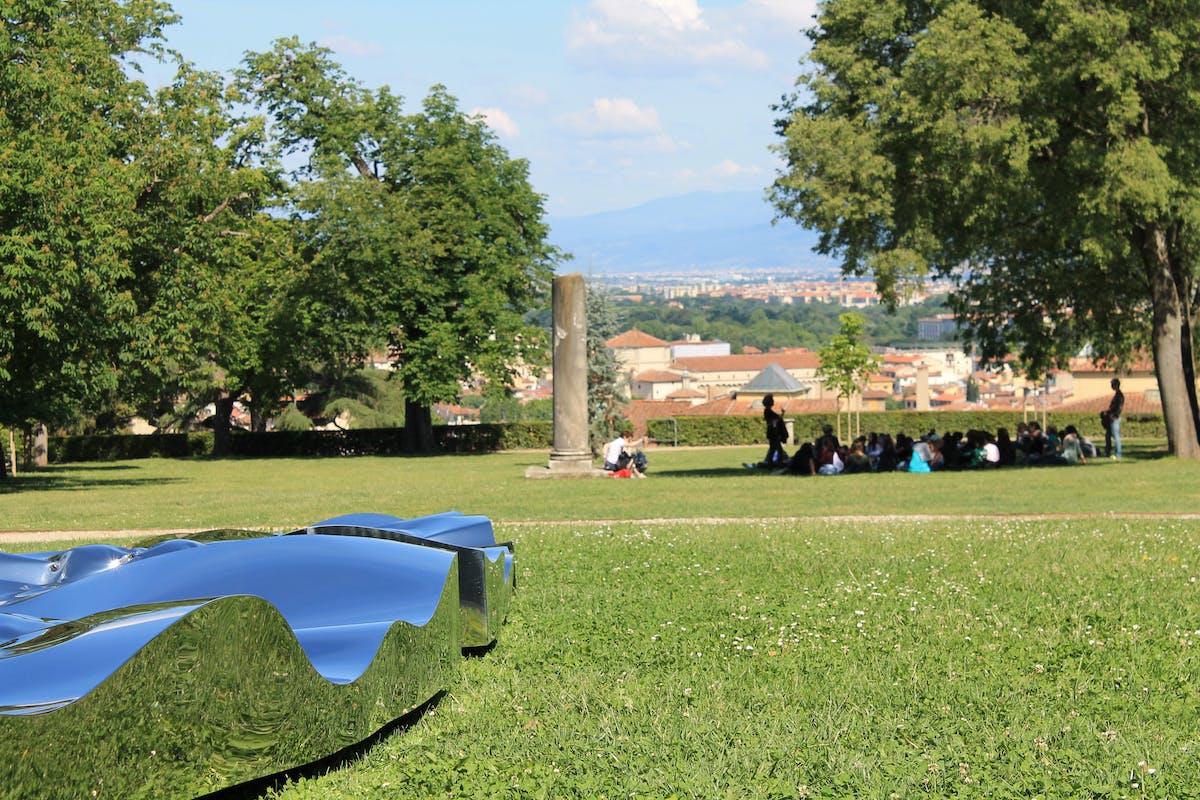 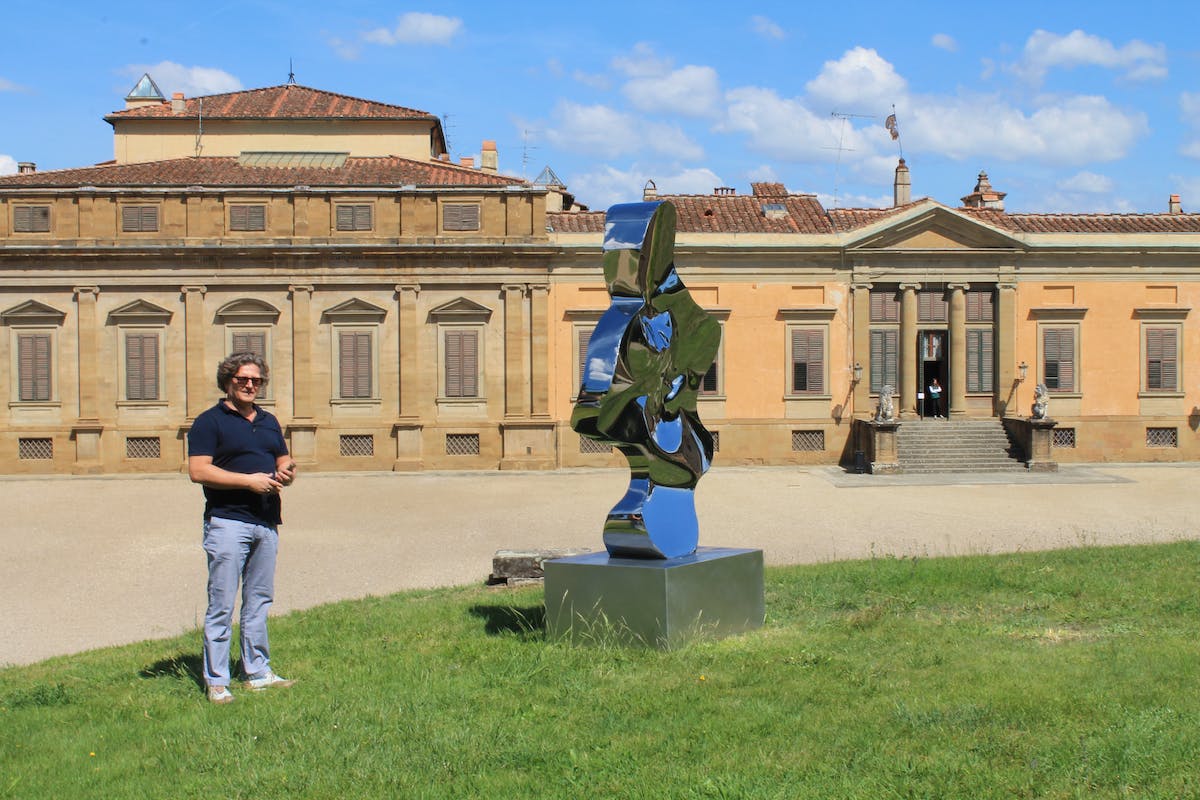 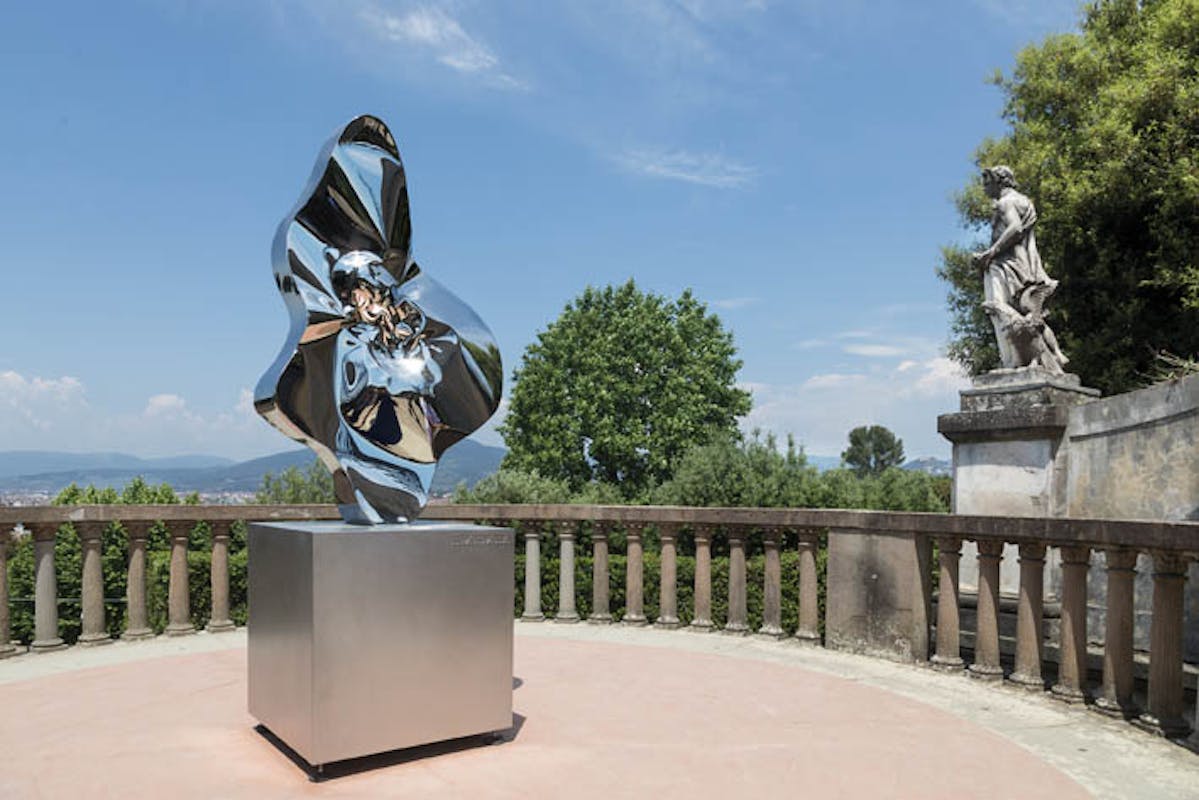 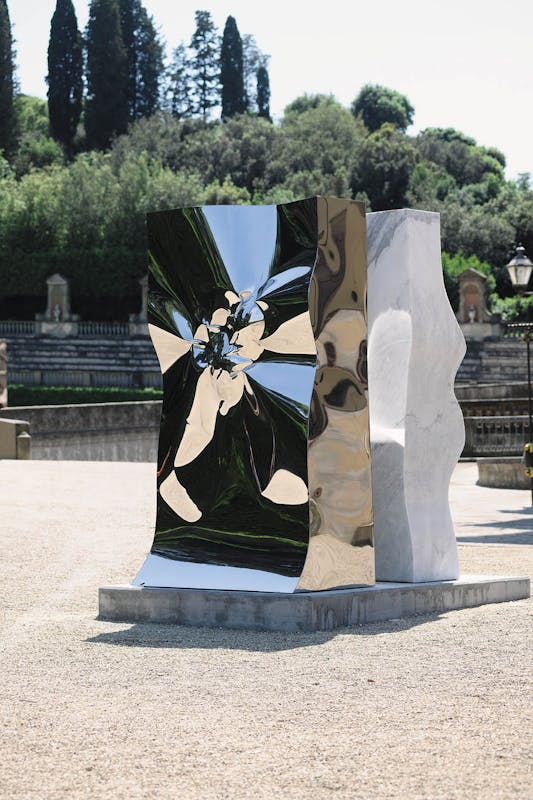 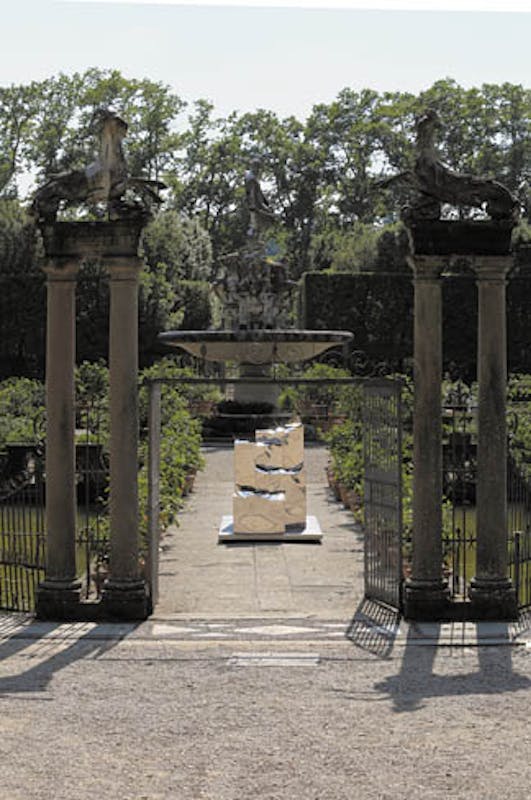 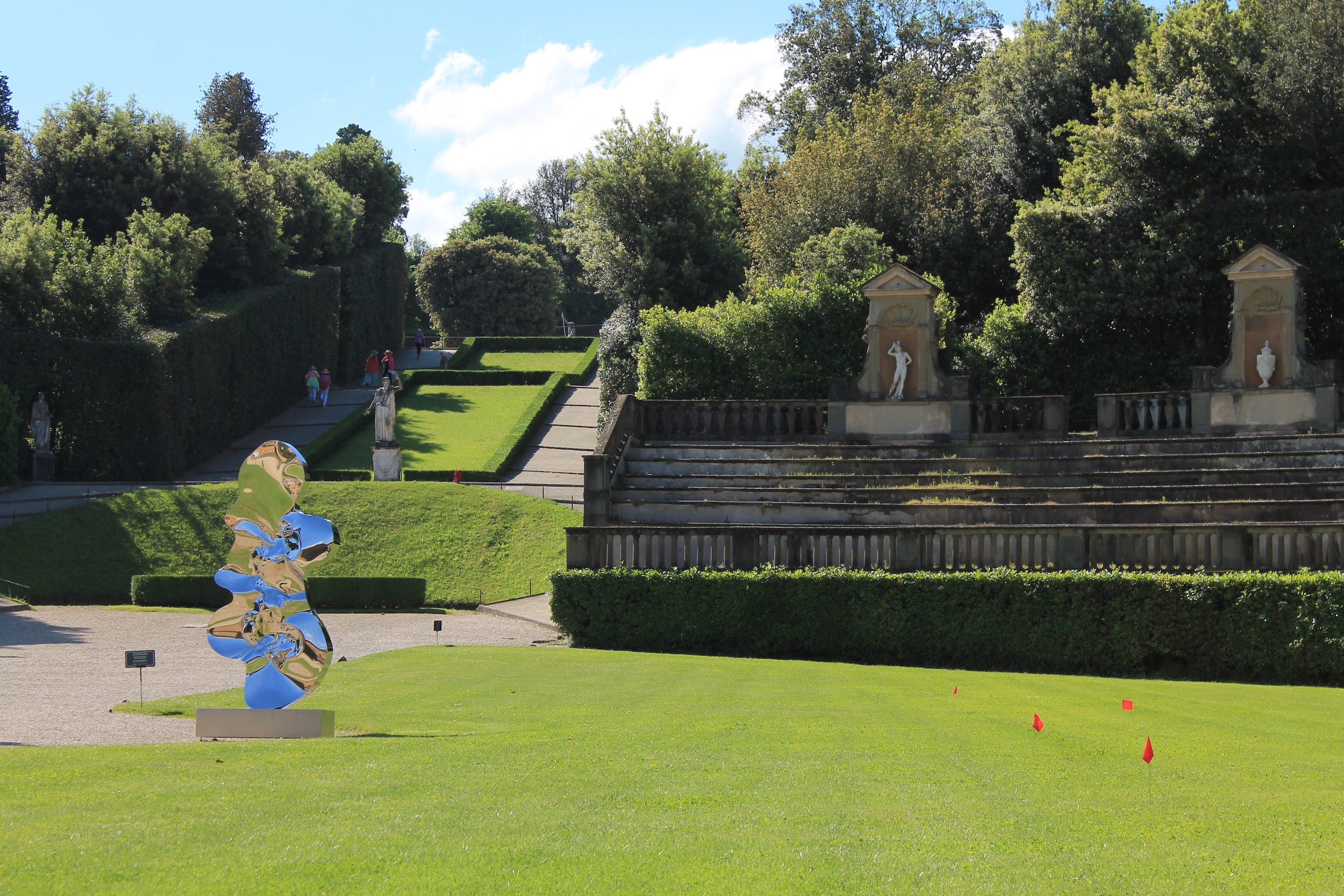 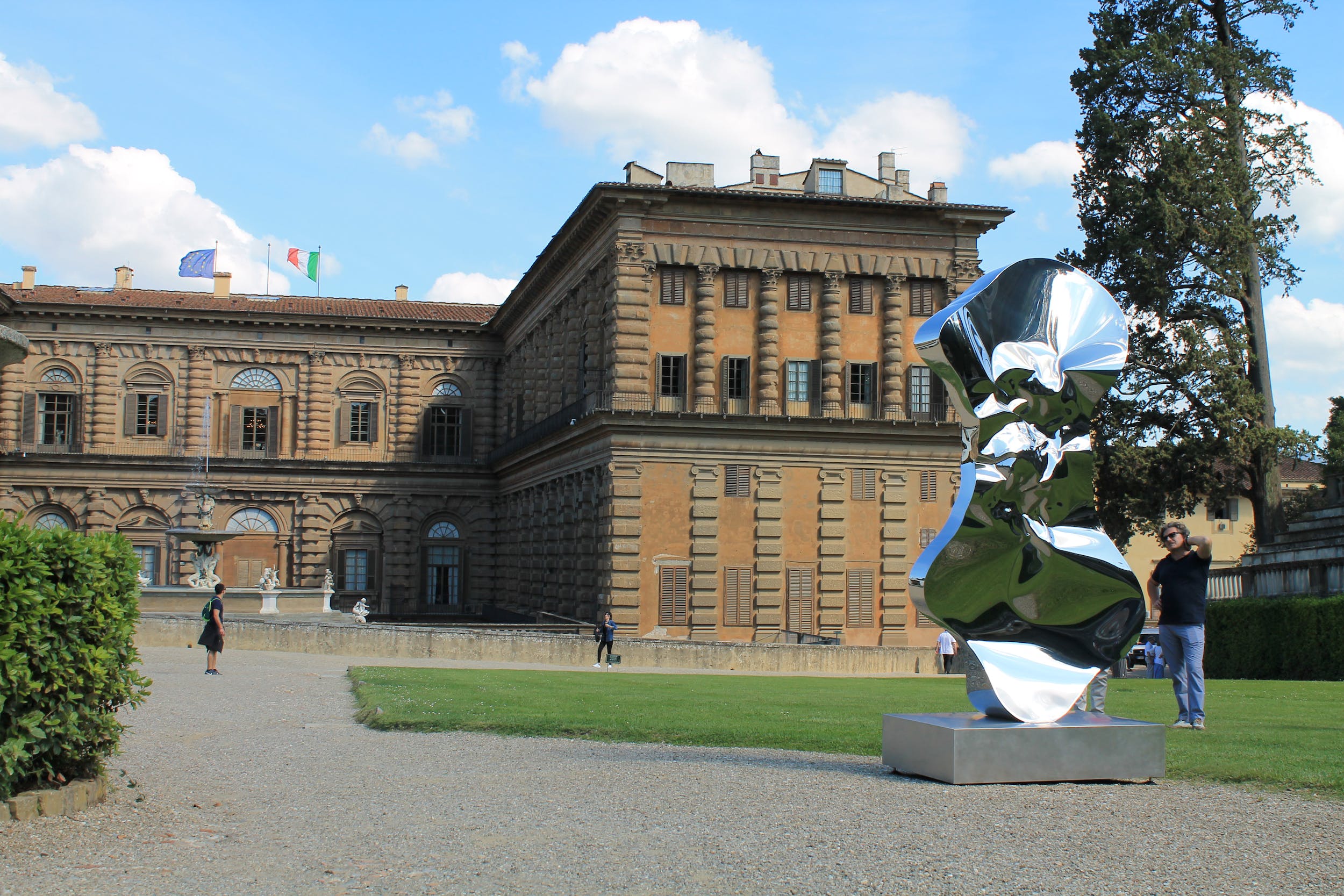 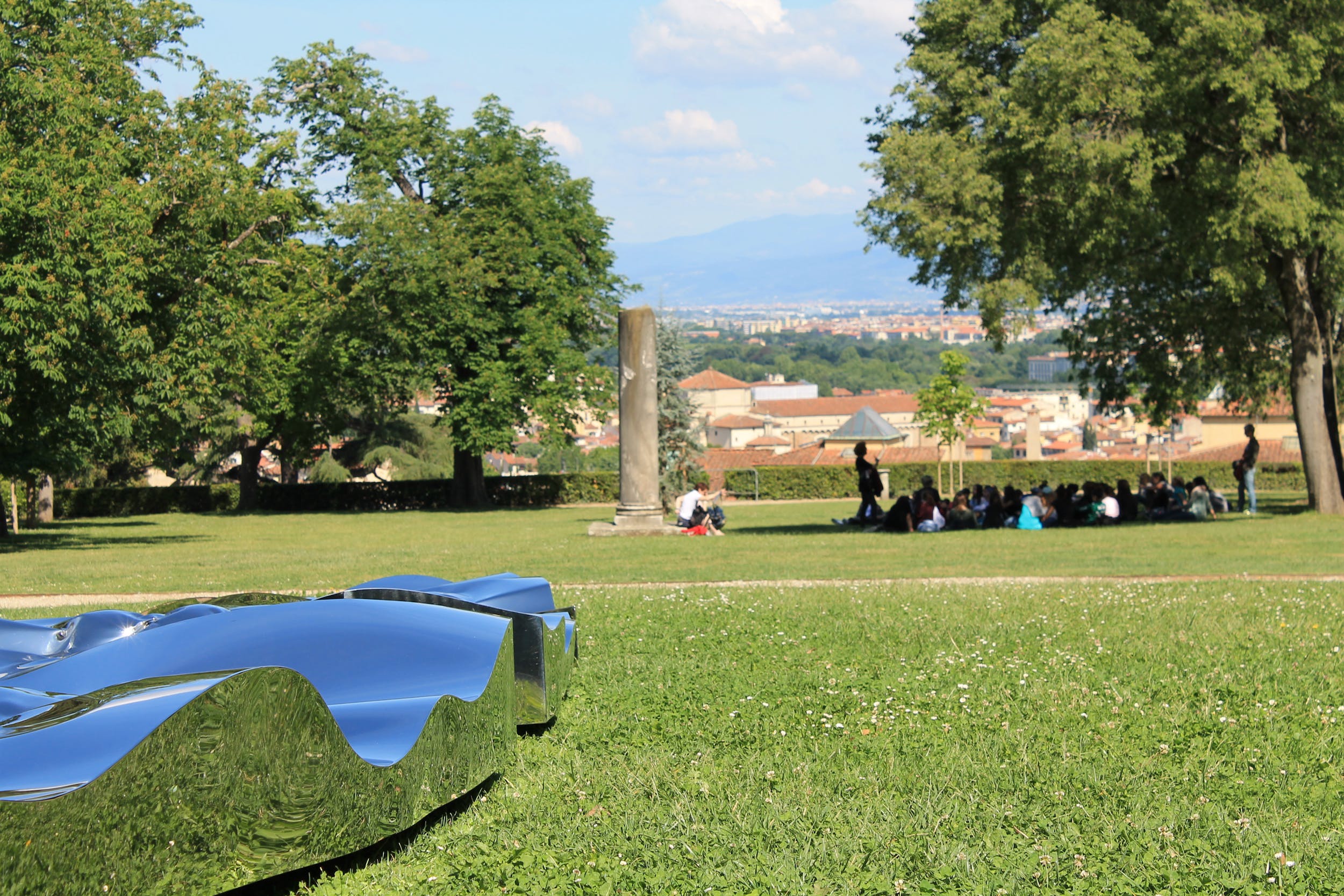 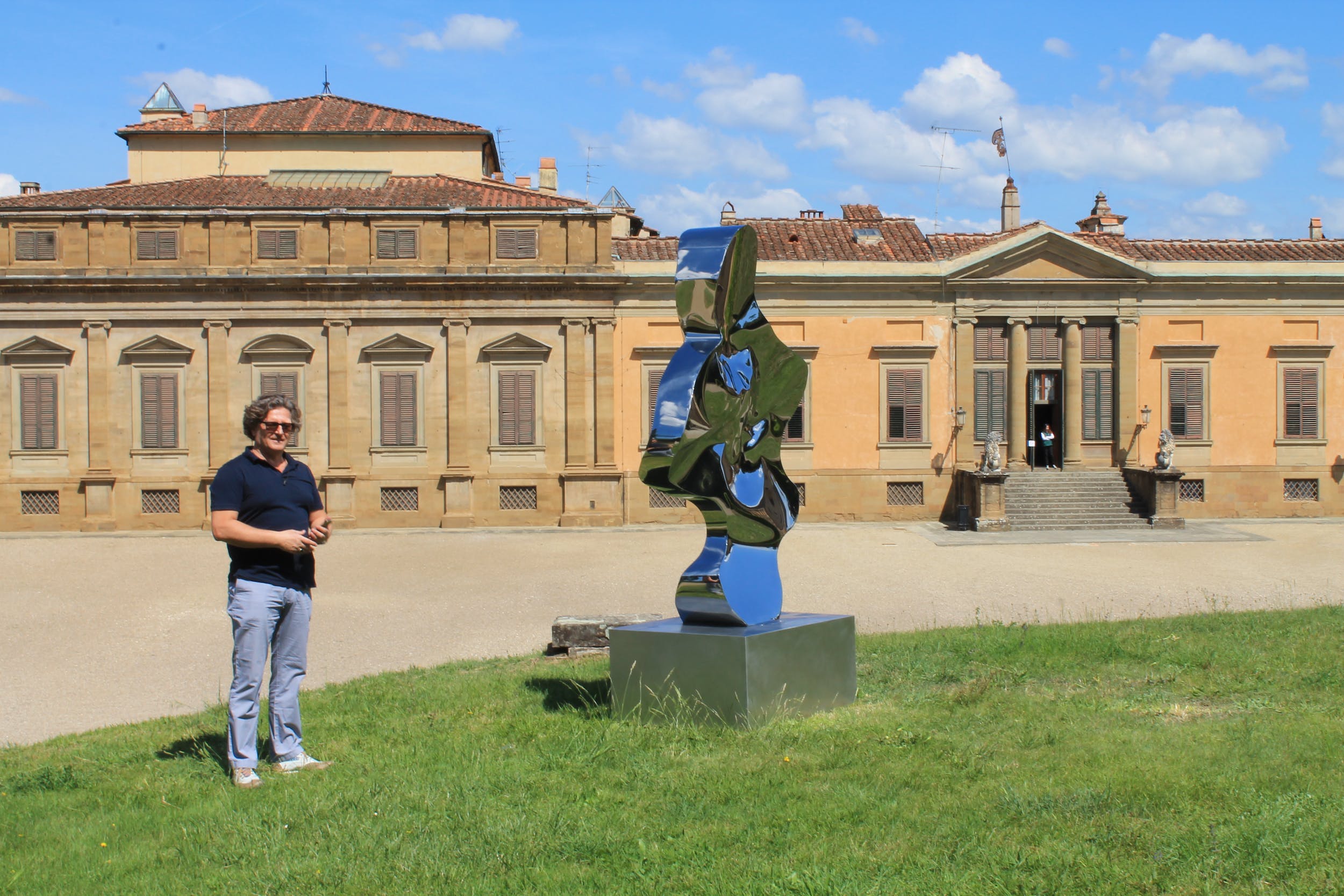 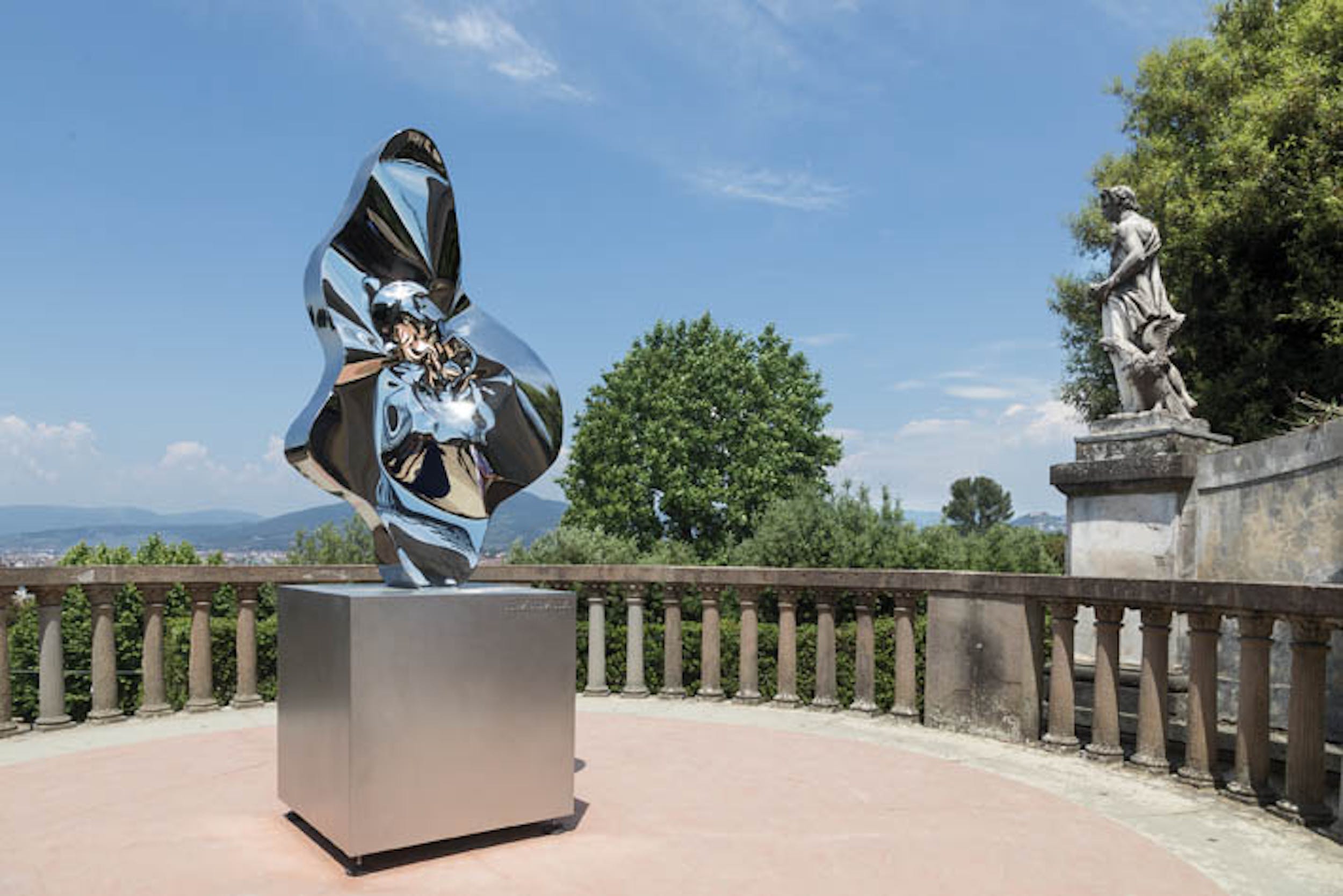 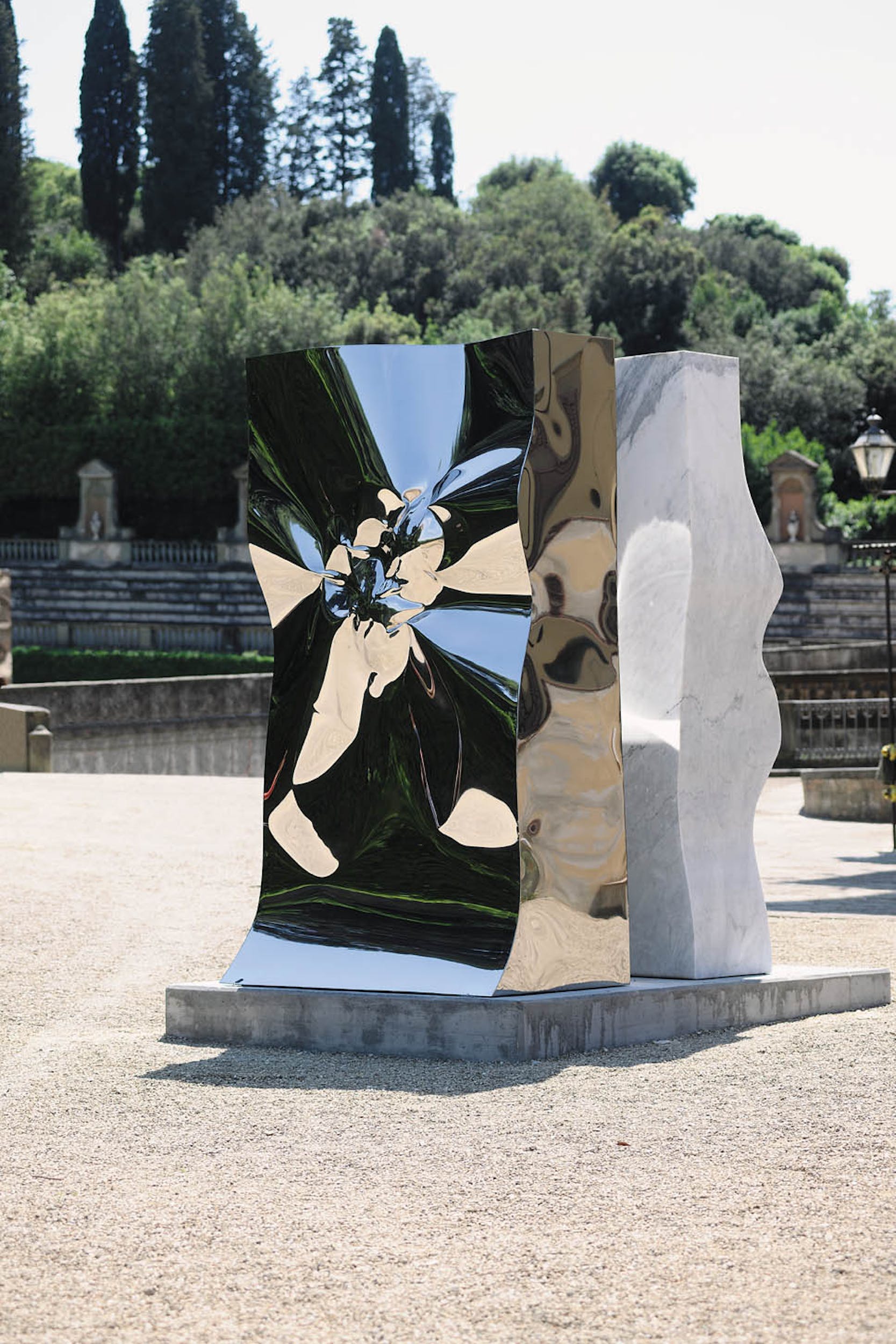 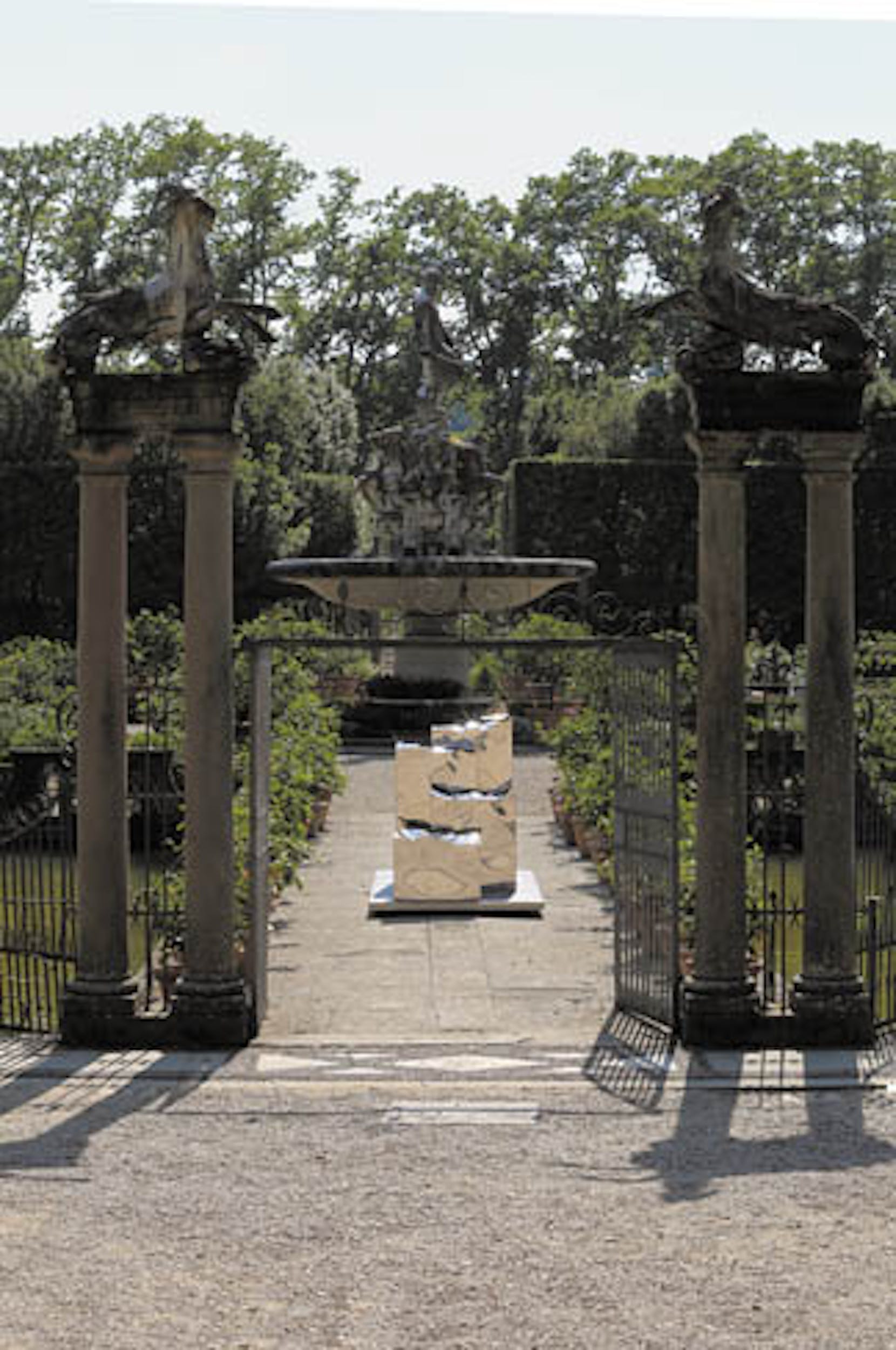 The same as Boboli Gardens info