Andrea del Castagno's detached fresco with a portrait of Dante is returning to his native Tuscan village. The painting, recently restored by the Opificio delle Pietre Dure in Florence, is crossing the Appenines from Forlì in the direction of Florence, on a journey that Dante would have liked to make himself during his exile, to become the star exhibit in an exhibition entitled "Dante and Andrea del Castagno Return to San Godenzo" (27 July – 23 August 2021) promoted and organised by the Comune di San Godenzo in the context of the "Terre degli Uffizi" exhibition programme.

The celebrated portrait of Dante is returning to the area of San Godenzo where Dante and other Florentine exiles met on 8 June 1302 and where the painter Andrea del Castagno was born. The hamlet of Il Castagno d'Andrea, thus named in the artist's honour, has been chosen to host the portrait to reflect the natural bond between the two men, each a genius in his field.

Dante, who had been sentenced to death, was never to see Florence again. The meeting in the Abbey of San Godenzo was the last occasion on which he set foot on Tuscan soil, briefly toying with the idea of returning to his native city before setting the notion aside for ever.

Andrea del Castagno's fresco, one of the most representative depictions of the poet, was originally part of a cycle of portraits of illustrious men and women of the past in the Villa Carducci di Legnaia in Florence, the property of Filippo Carducci, gonfaloniere di giustizia of the Florentine Republic. The theme, fairly common in the decoration of public buildings and aristocratic abodes in the 14th and 15th centuries, celebrated the genius and virtue of famous men and women held up as shining examples for posterity. 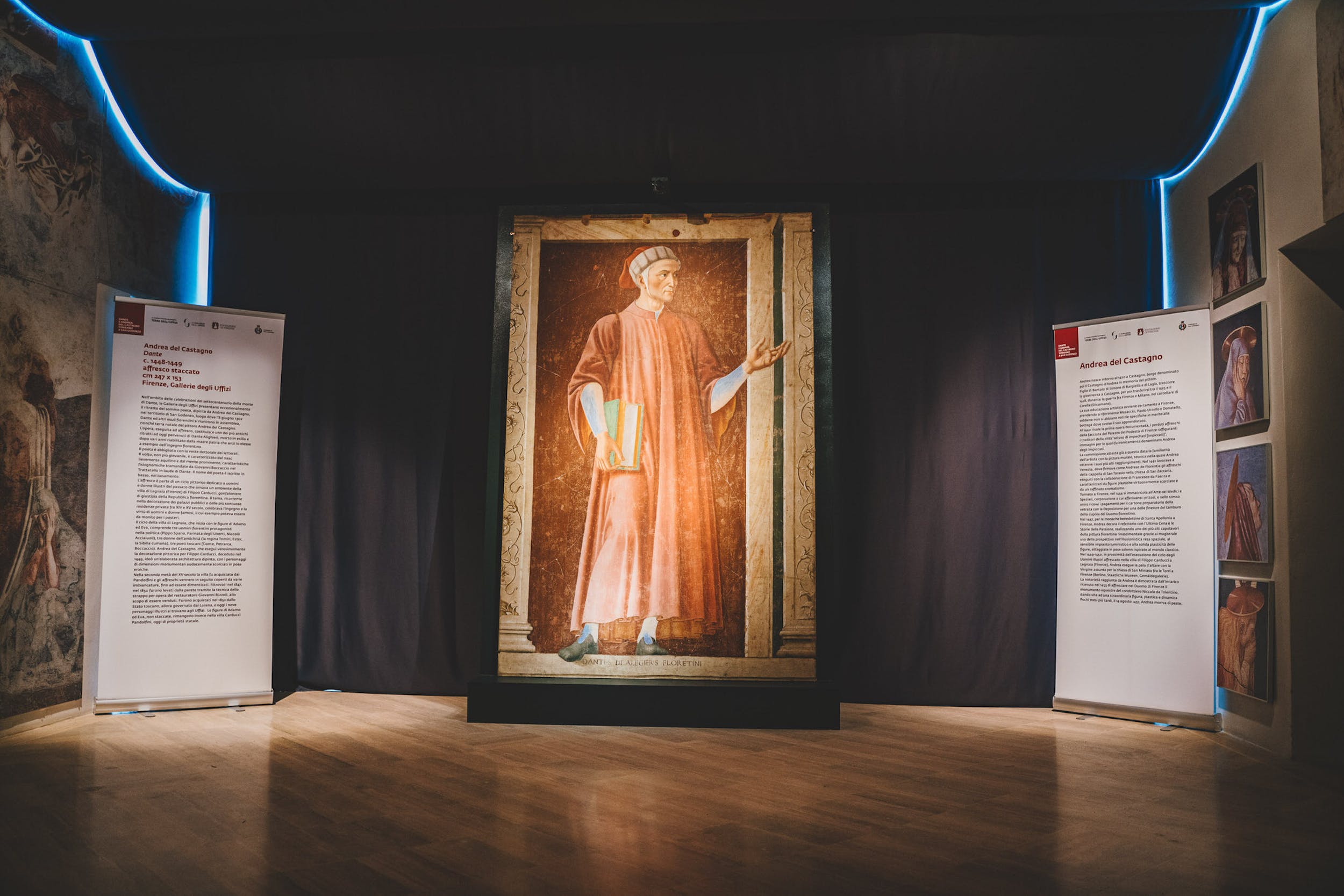 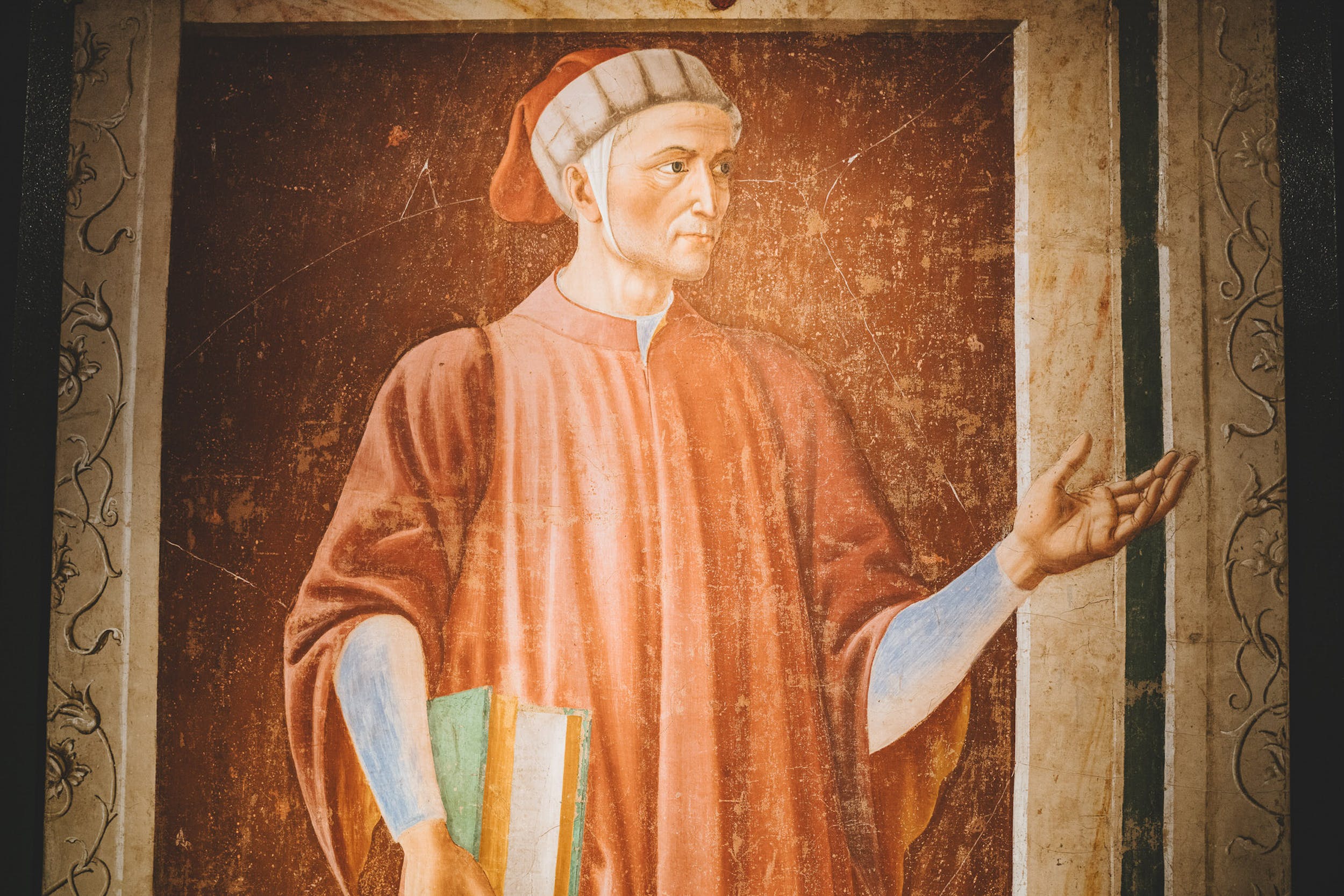 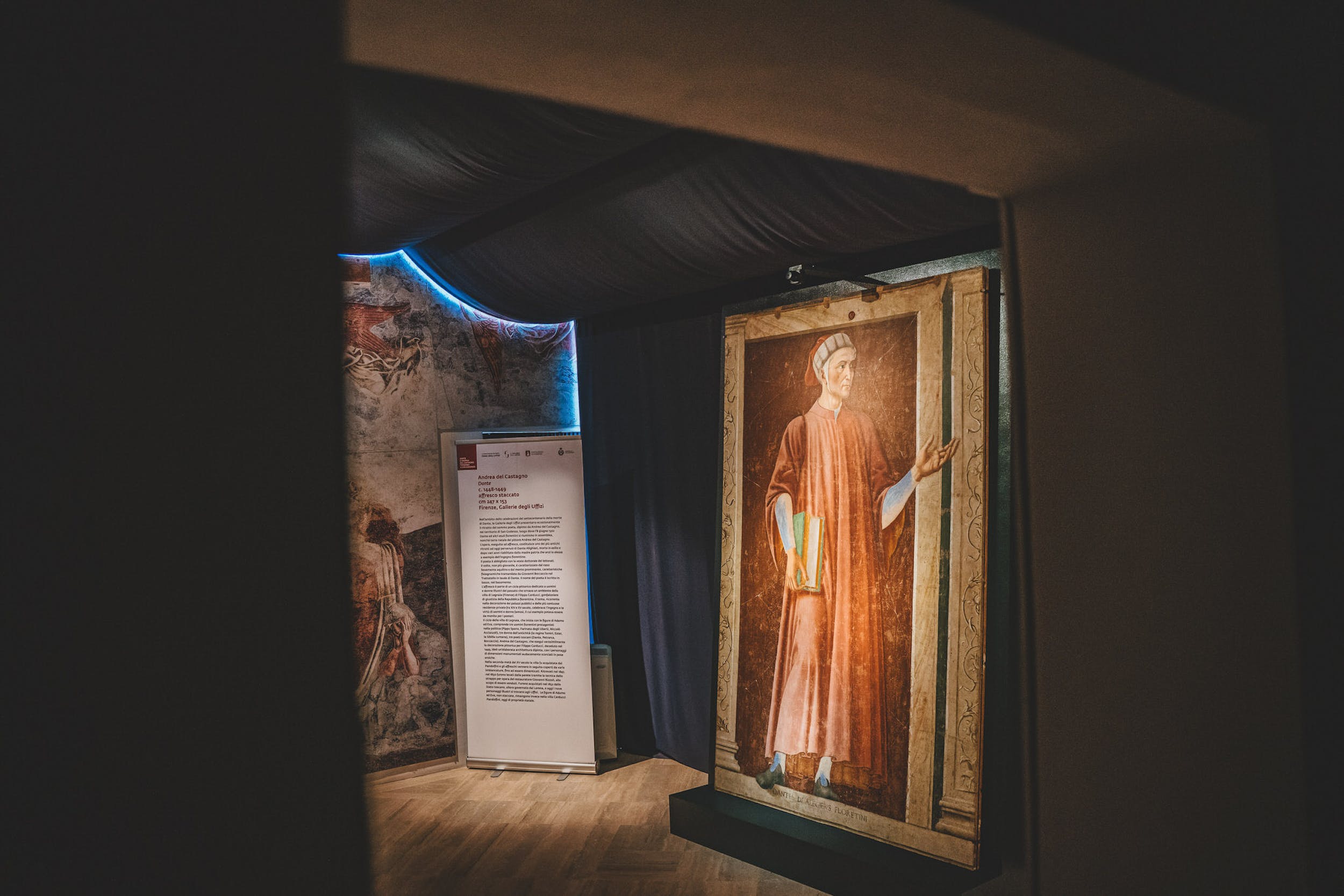