"Can an object be the catalyst for new thoughts and behaviours?" (Antony Gormley)

On schedule from the 26th of February to the 26th of May 2019 in the Aula Magliabechiana of the Uffizi, this exhibition brings together works of different materials and scales that explore the body in space and the body as space.

There will be 12 works on show in the new gallery on the ground floor, where natural light will play into 12 distinct vaulted spaces defined by six stone columns and no internal walls. Two further works will be placed inside the Gallery and another one on the terrace.

At the core of the exhibit, there is a dialogue between two sculptures, Passage and Room, realized 35 years apart and both dealing with the space of the body. Passage (2016) is a 12 metre-long Cor-Ten steel tunnel in human shape allowing viewers to enter inside of it, while Room (1980), which is a set of the artist’s clothes cut into a continuous 8 millimetre-wide ribbon creating an enclosure of 6 square metres, keeps them out. The show is predicated on these two works and the contrast between stasis and movement, imaginative and actual space.

There are a number of specially made new works in the exhibition, including Veer II (2018), a three-dimensional life-size cast iron evocation of a tense nervous system at the centre of the body, and Breathe (2018), a large lead-covered expansion work that applies the cosmic principles of the Big Bang to the singularity of a subjective body.

The interaction with the city's precious cultural heritage, and with the Uffizi in particular, is the prerogative of the two examples of Another Time: one is placed amongst the classical sculptures, on the second floor of the Gallery, and the other is installed outdoors, on the terrace looking out over Piazza della Signoria. A third instance of interaction with the Uffizi's historic collection takes the shape of a dialogue with the Sleeping Hermaphrodite - a Roman copy from the Imperial Era of a Hellenistic original of the 2nd century BC resting on a plinth - and the floor-hugging blockwork entitled Settlement (2005).

The exhibition is curated by Eike Schmidt and Max Seidel 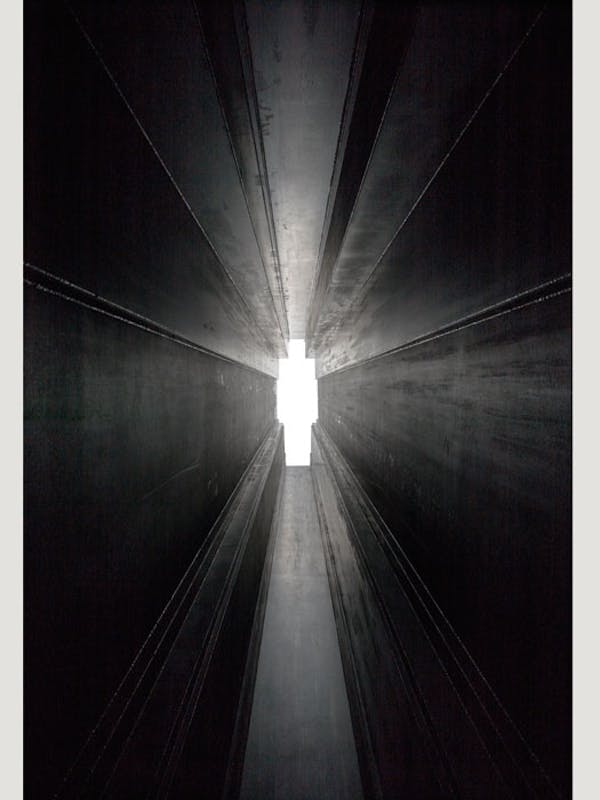 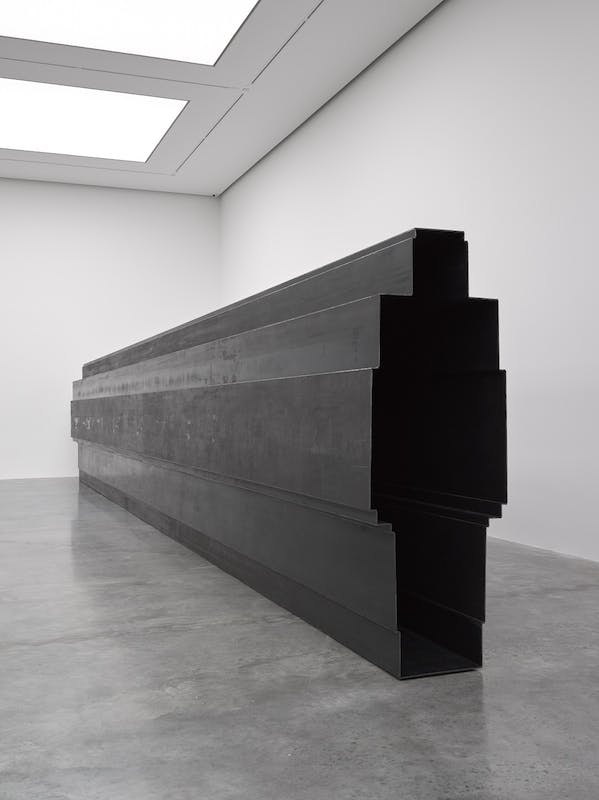 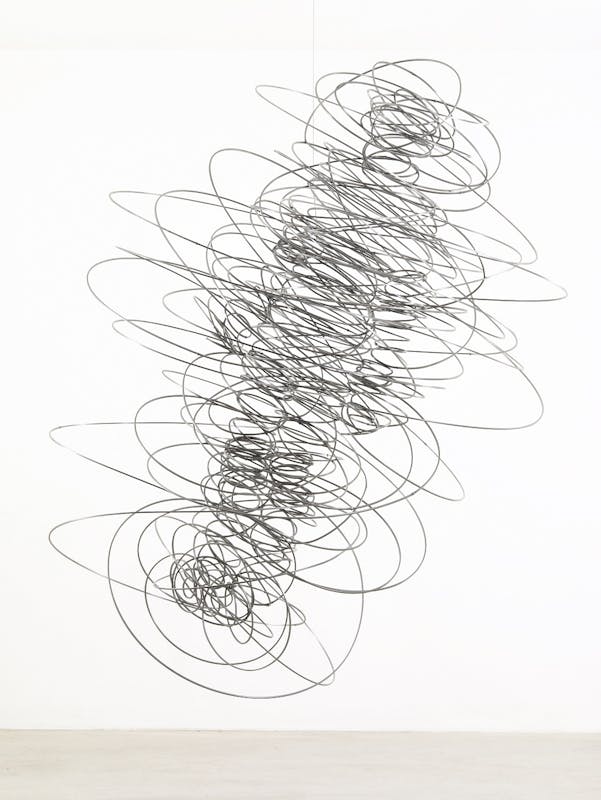 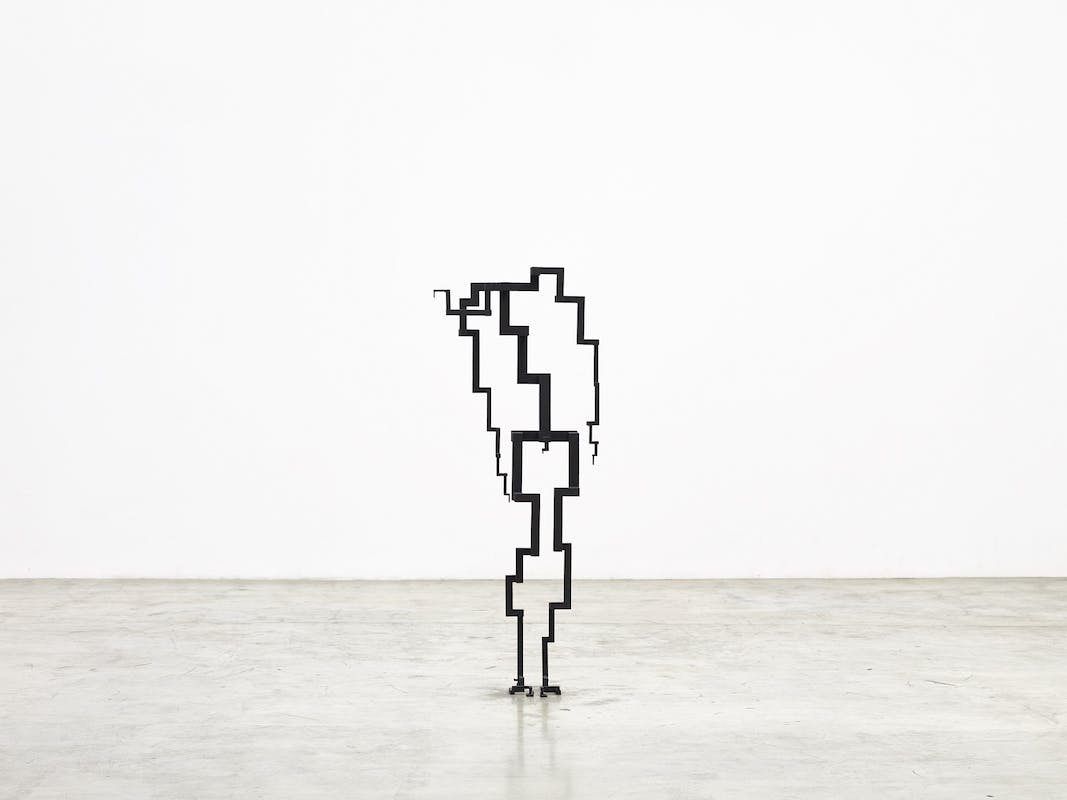 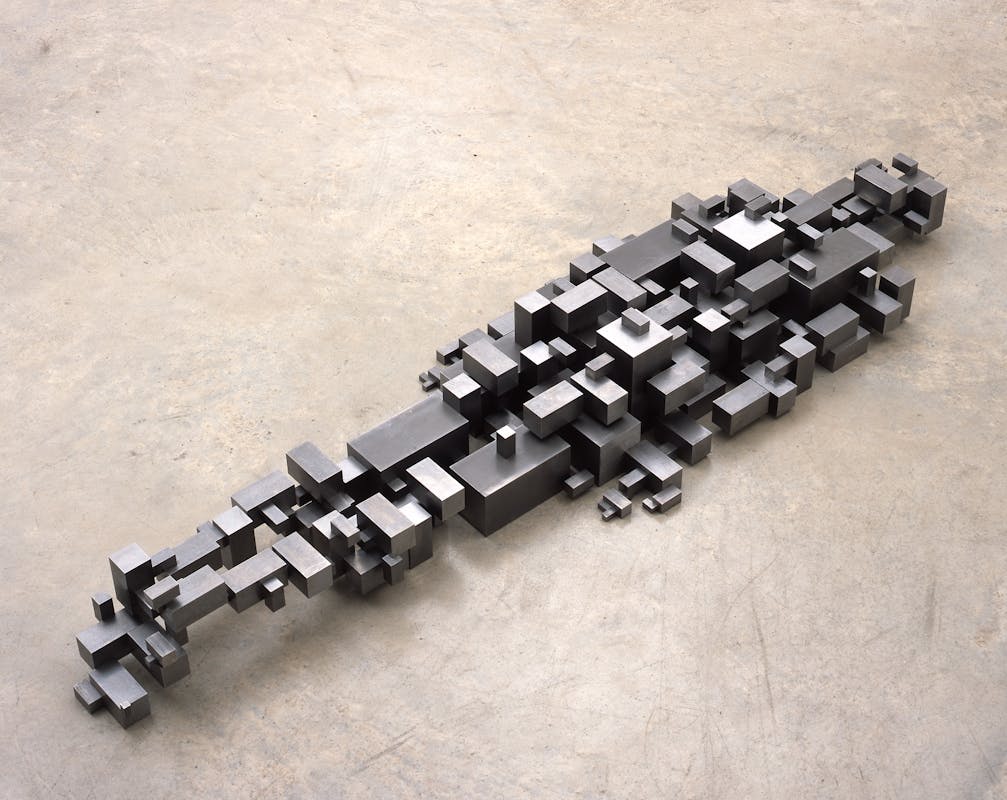 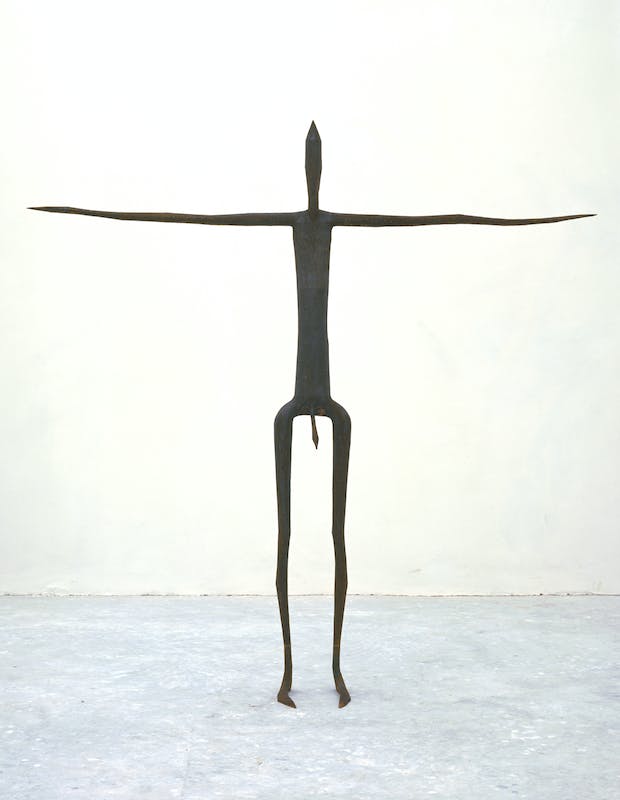 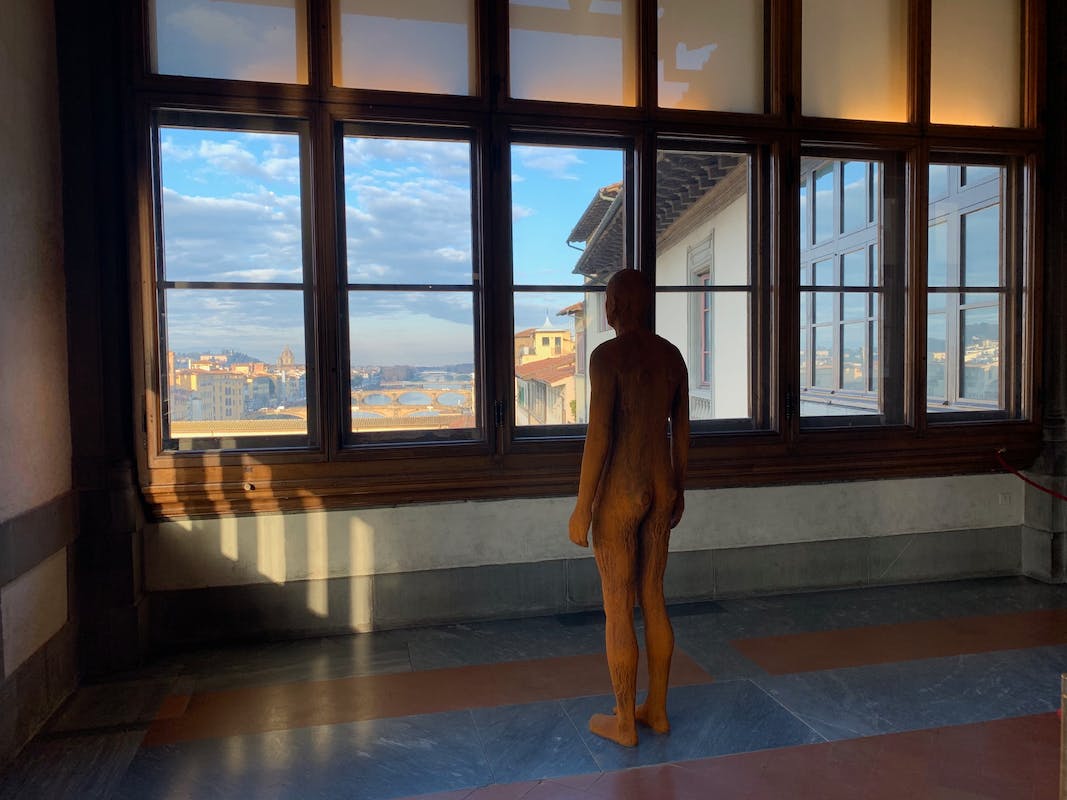 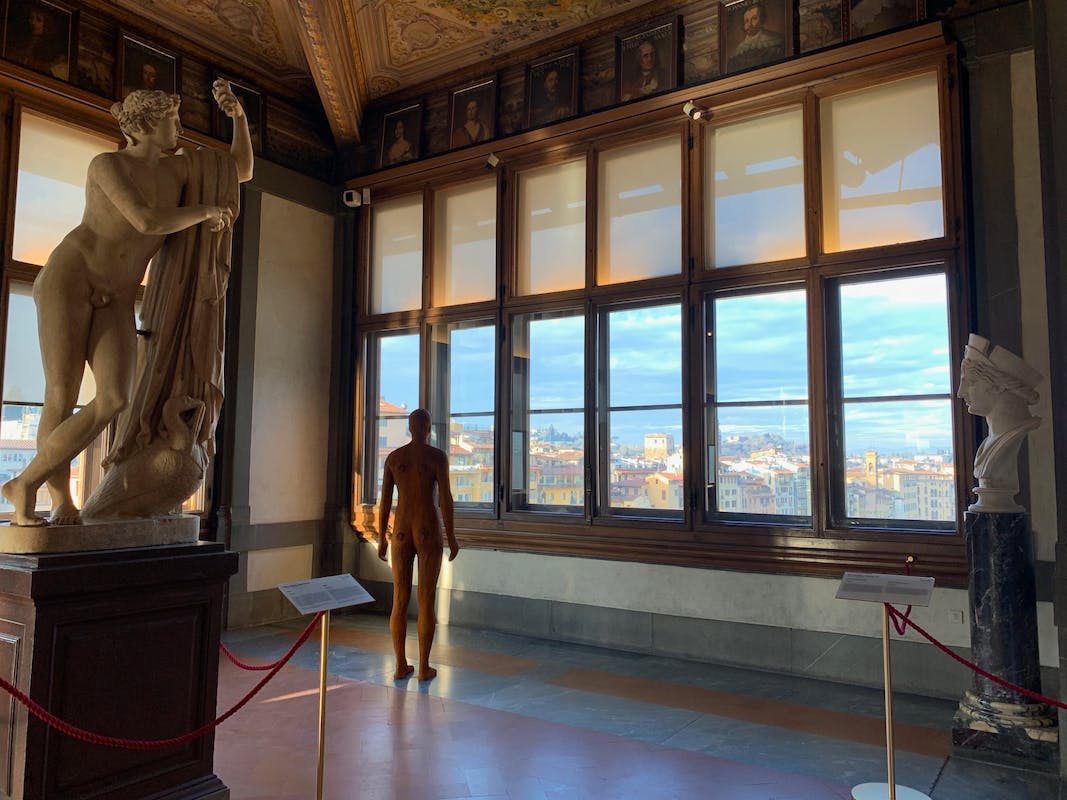 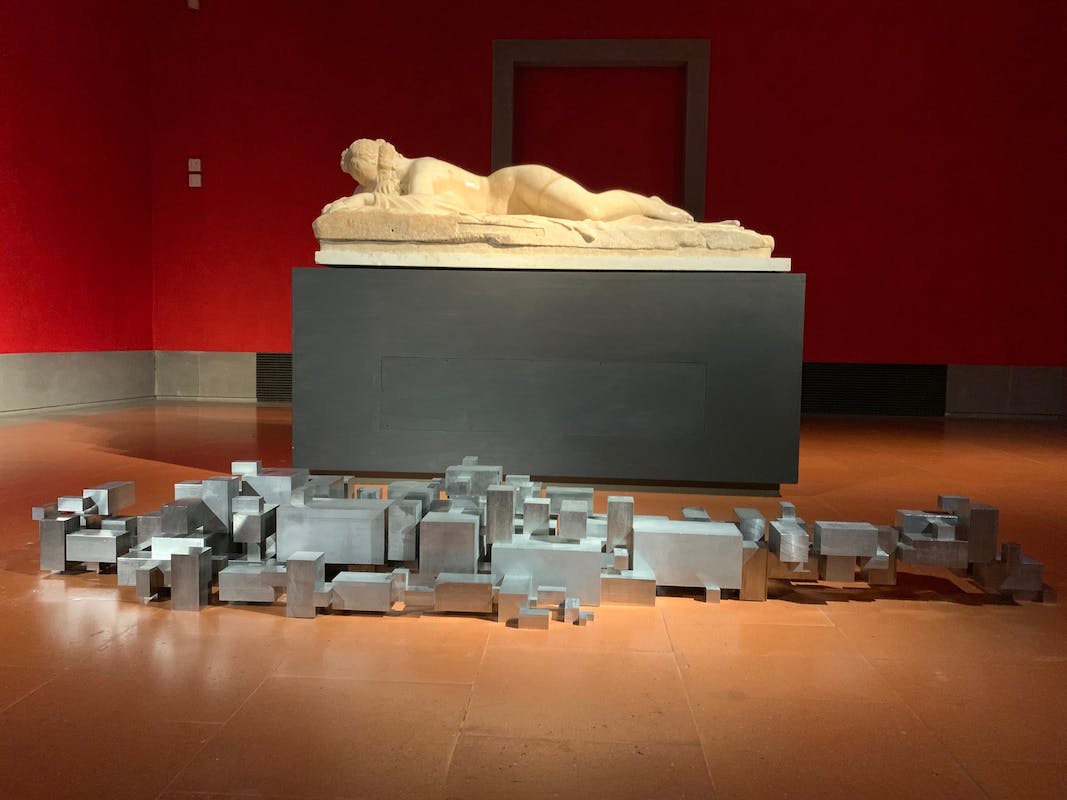 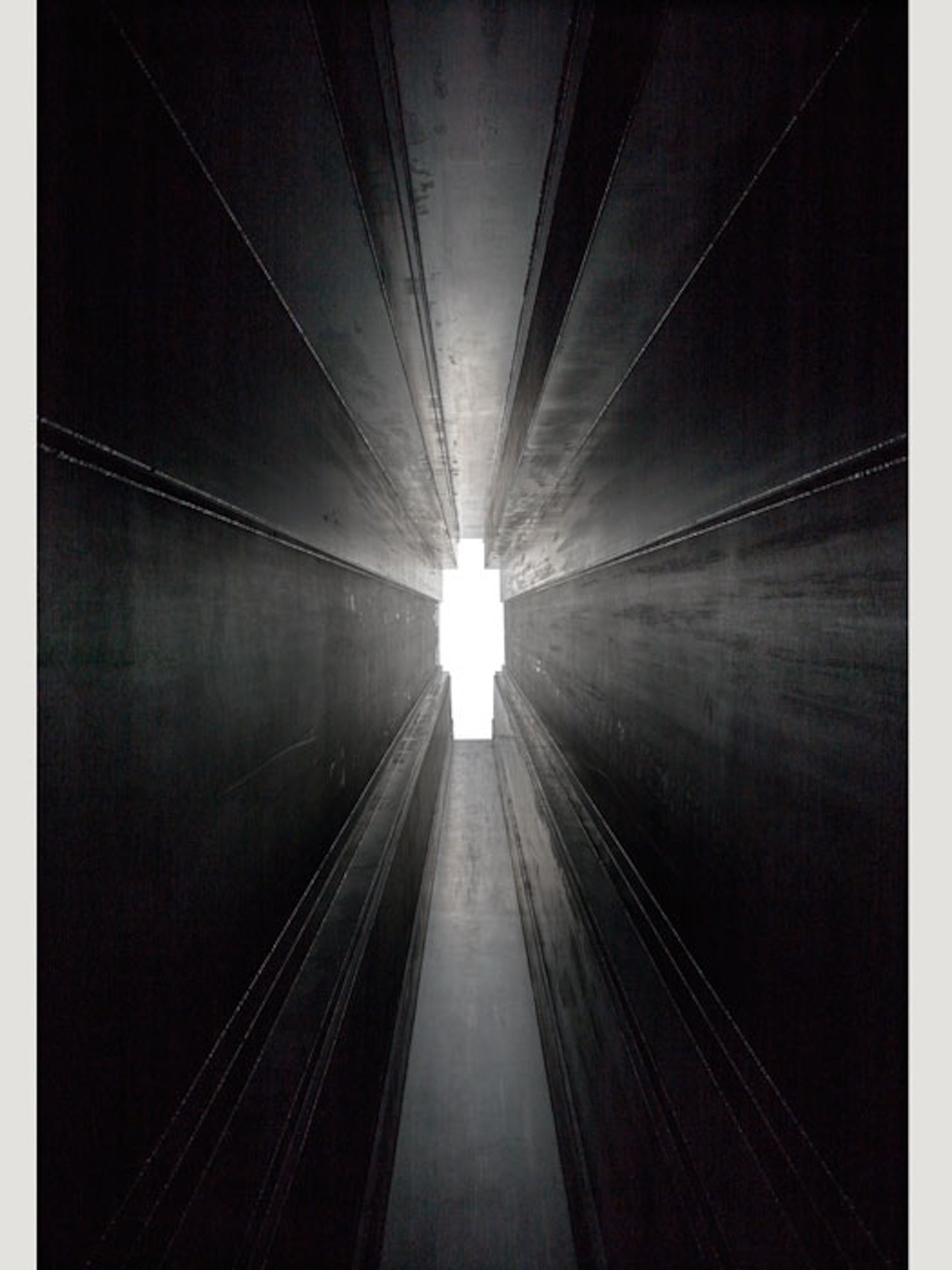 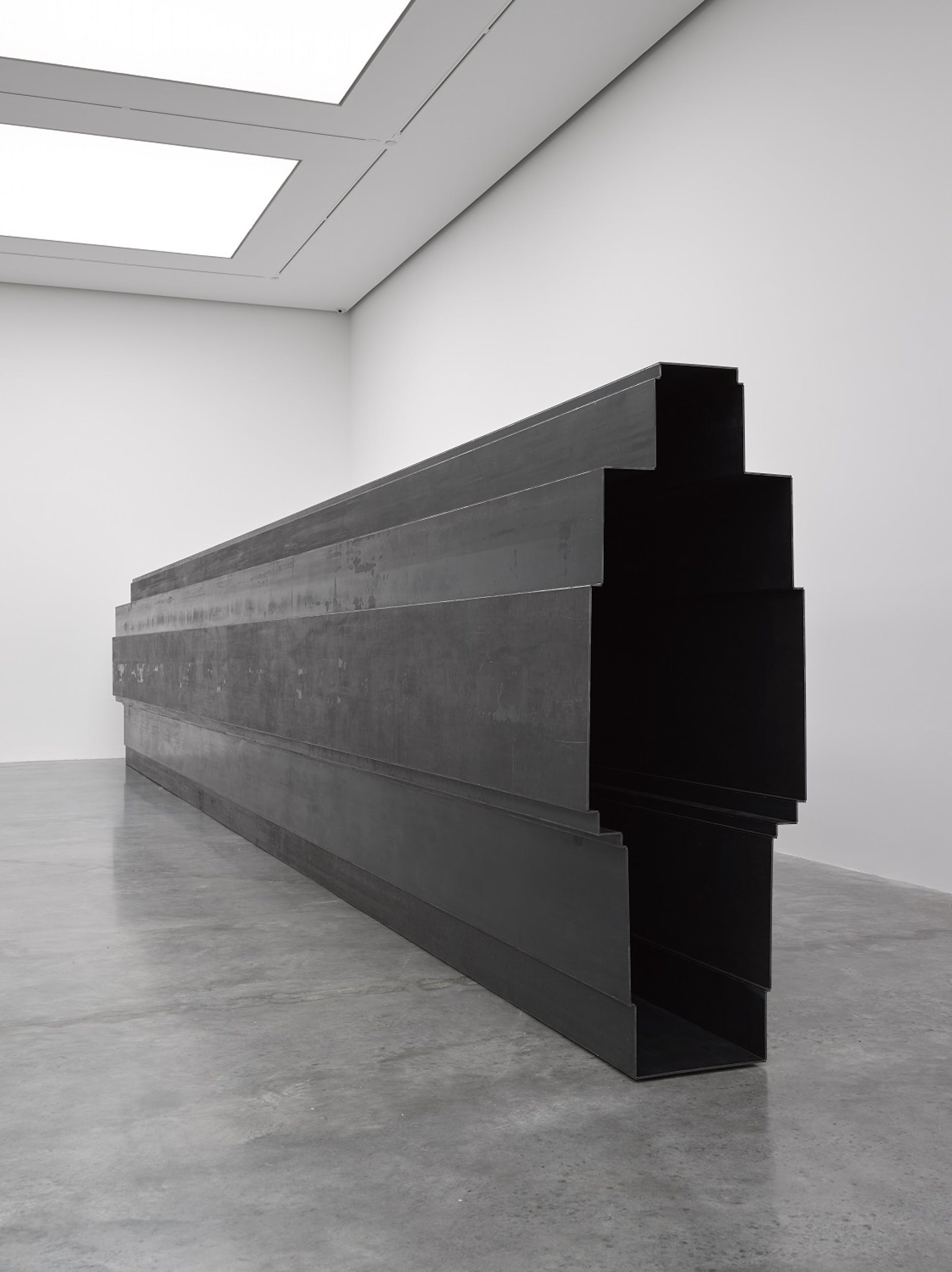 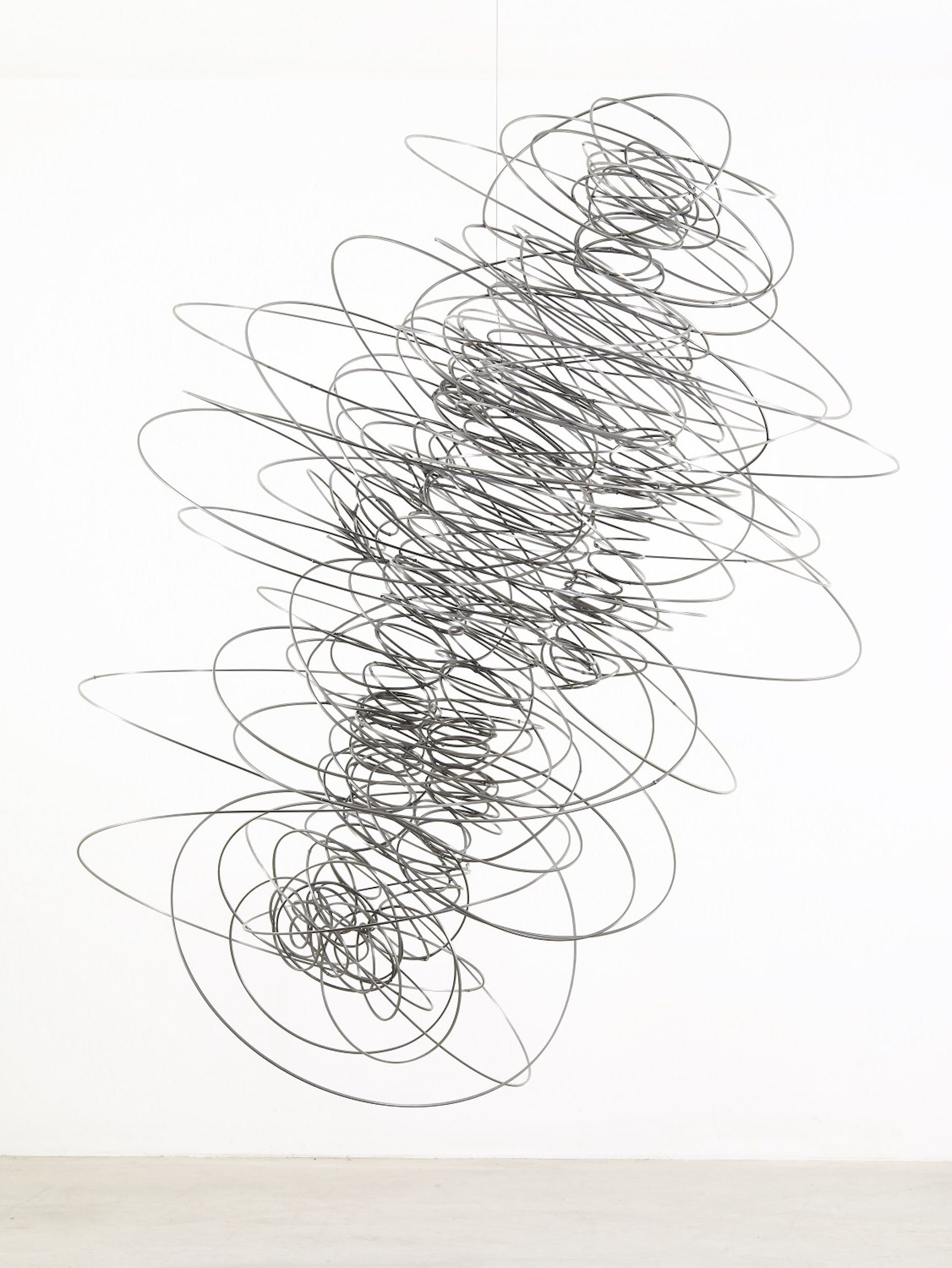 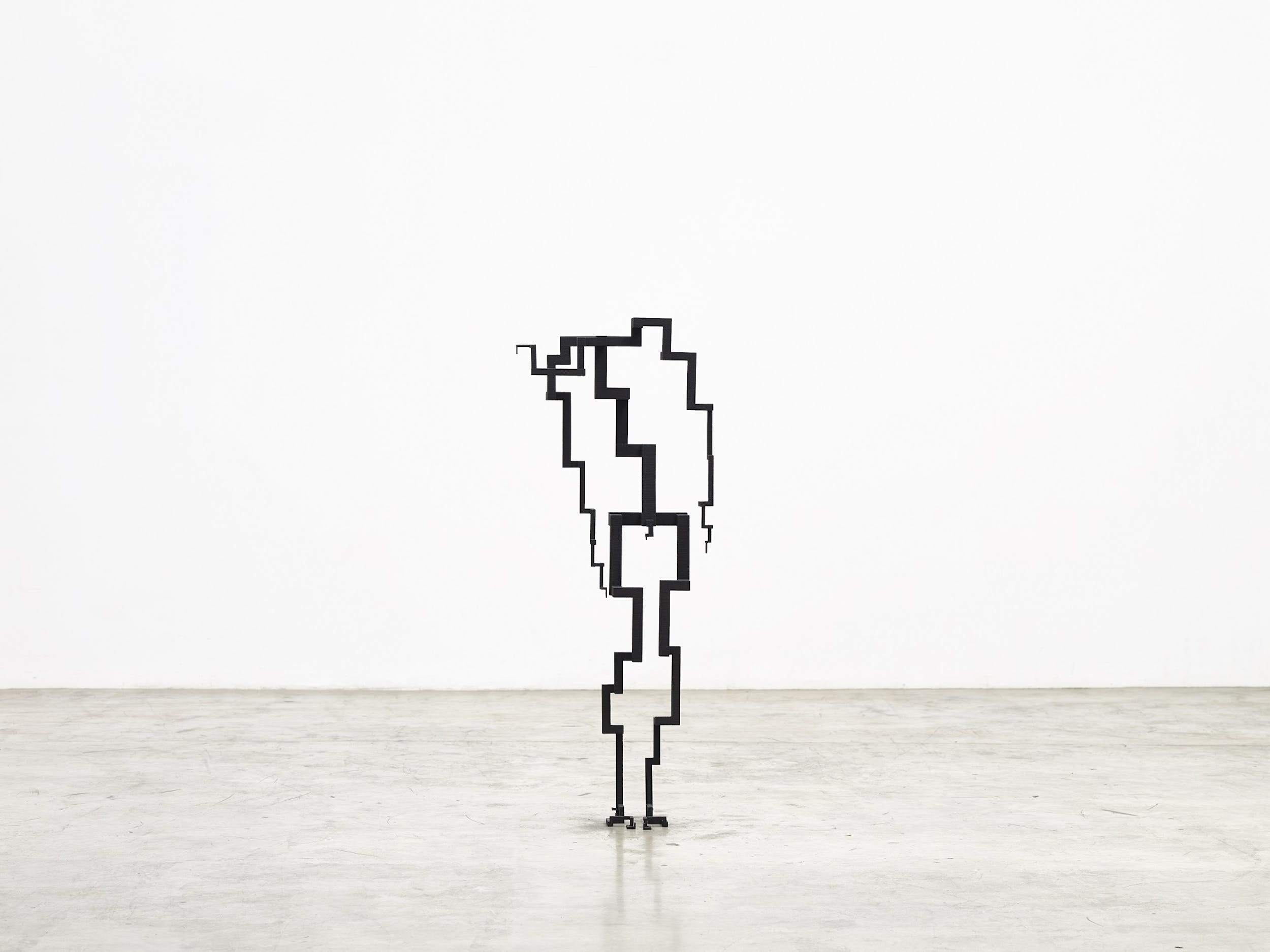 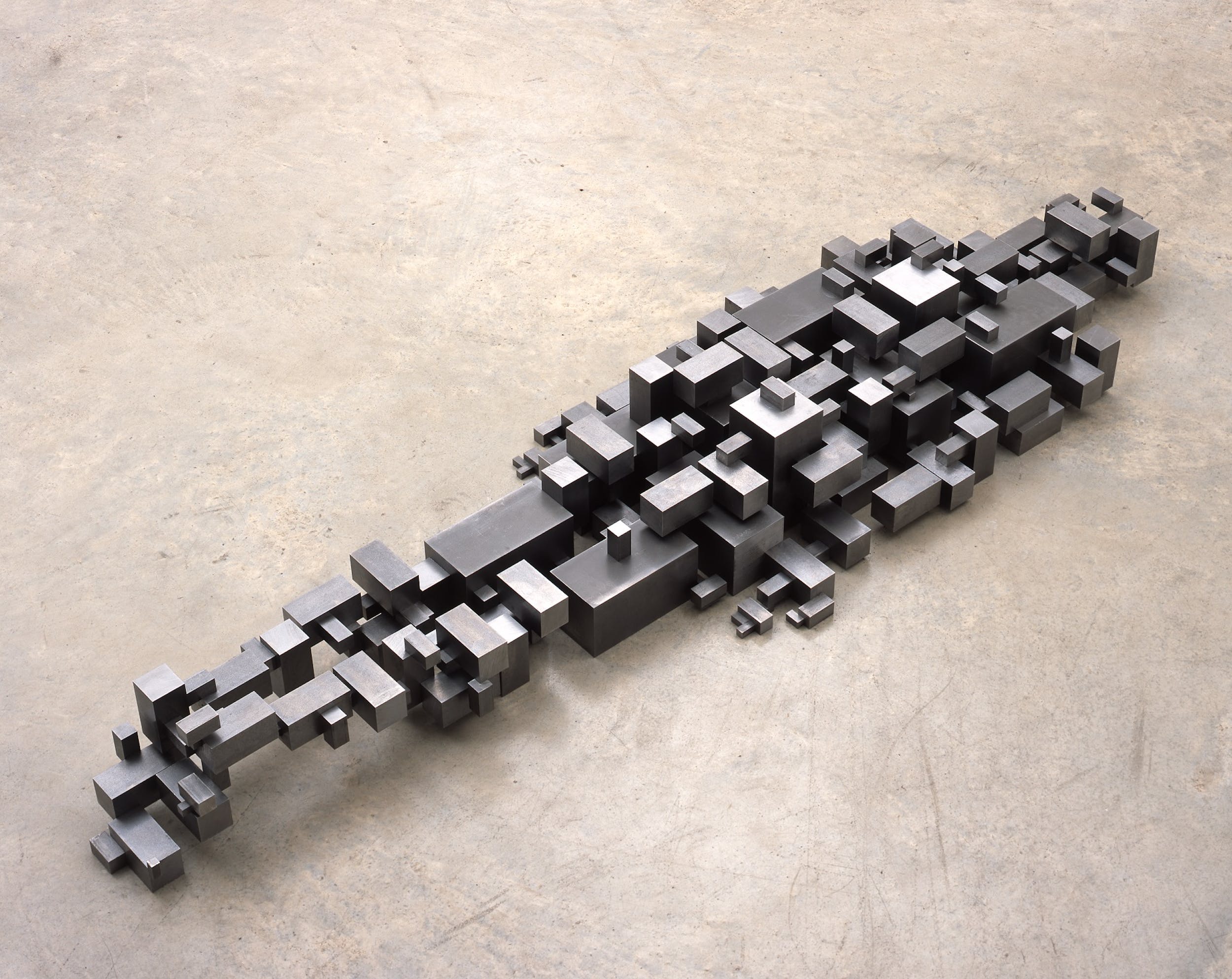 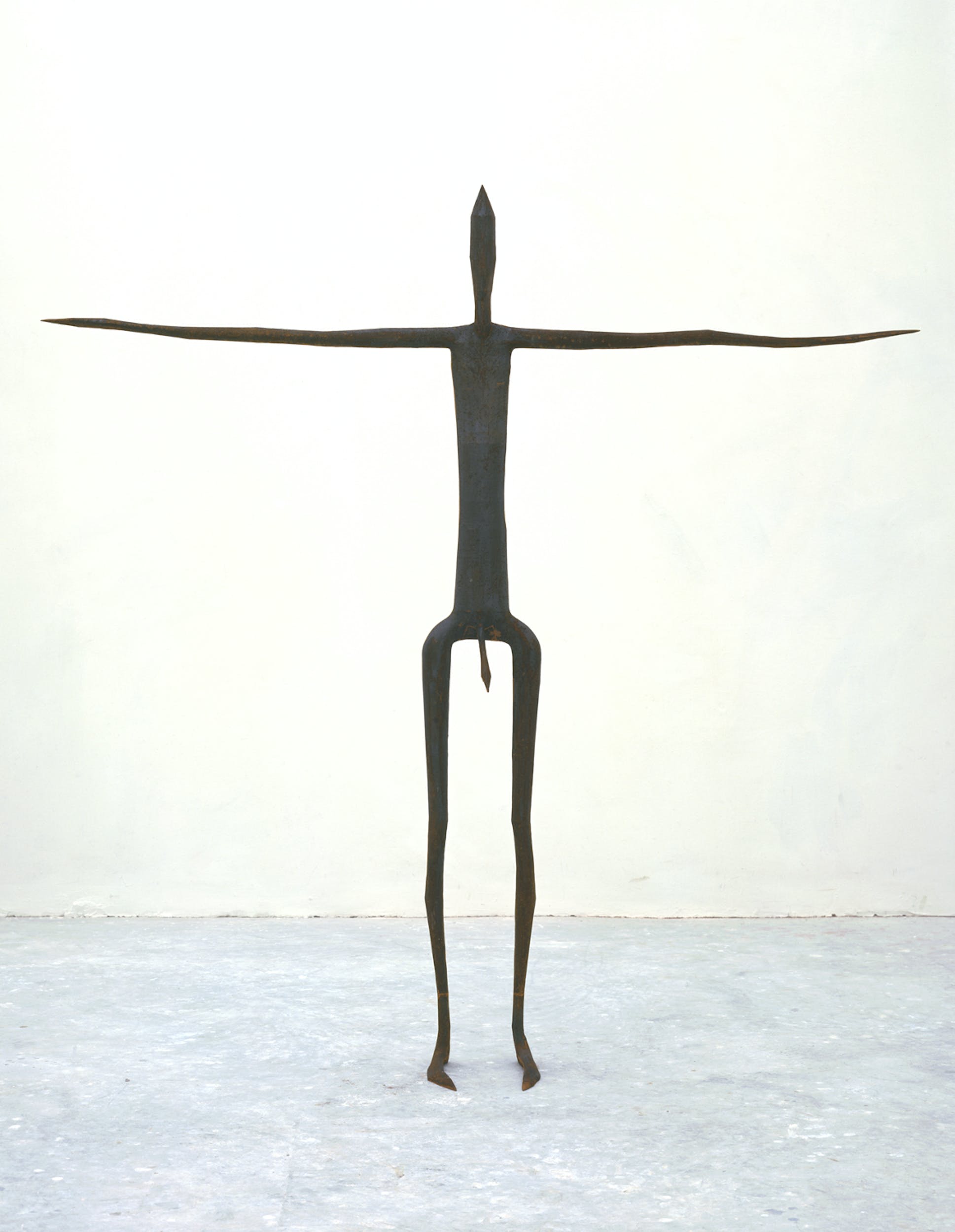 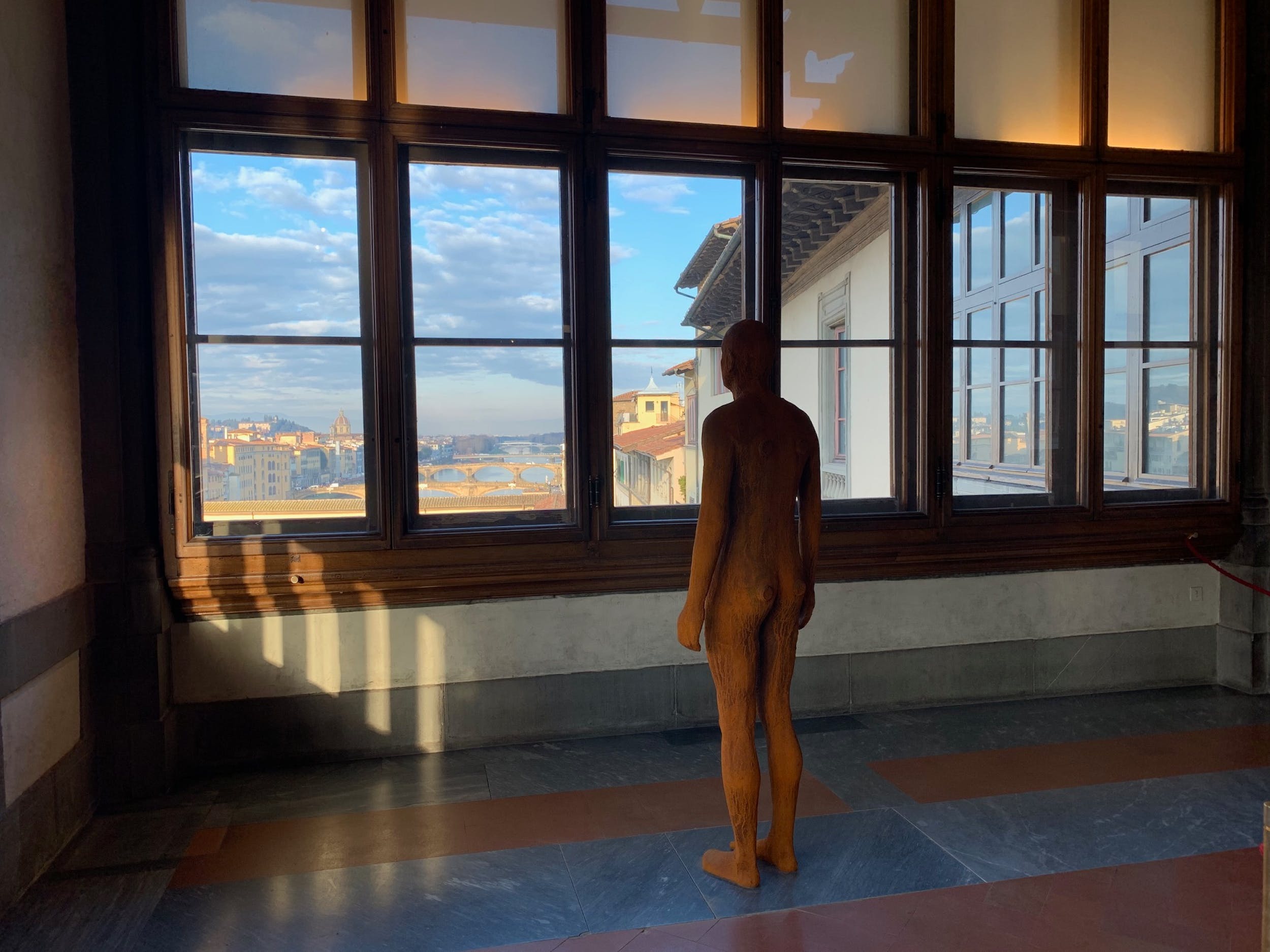 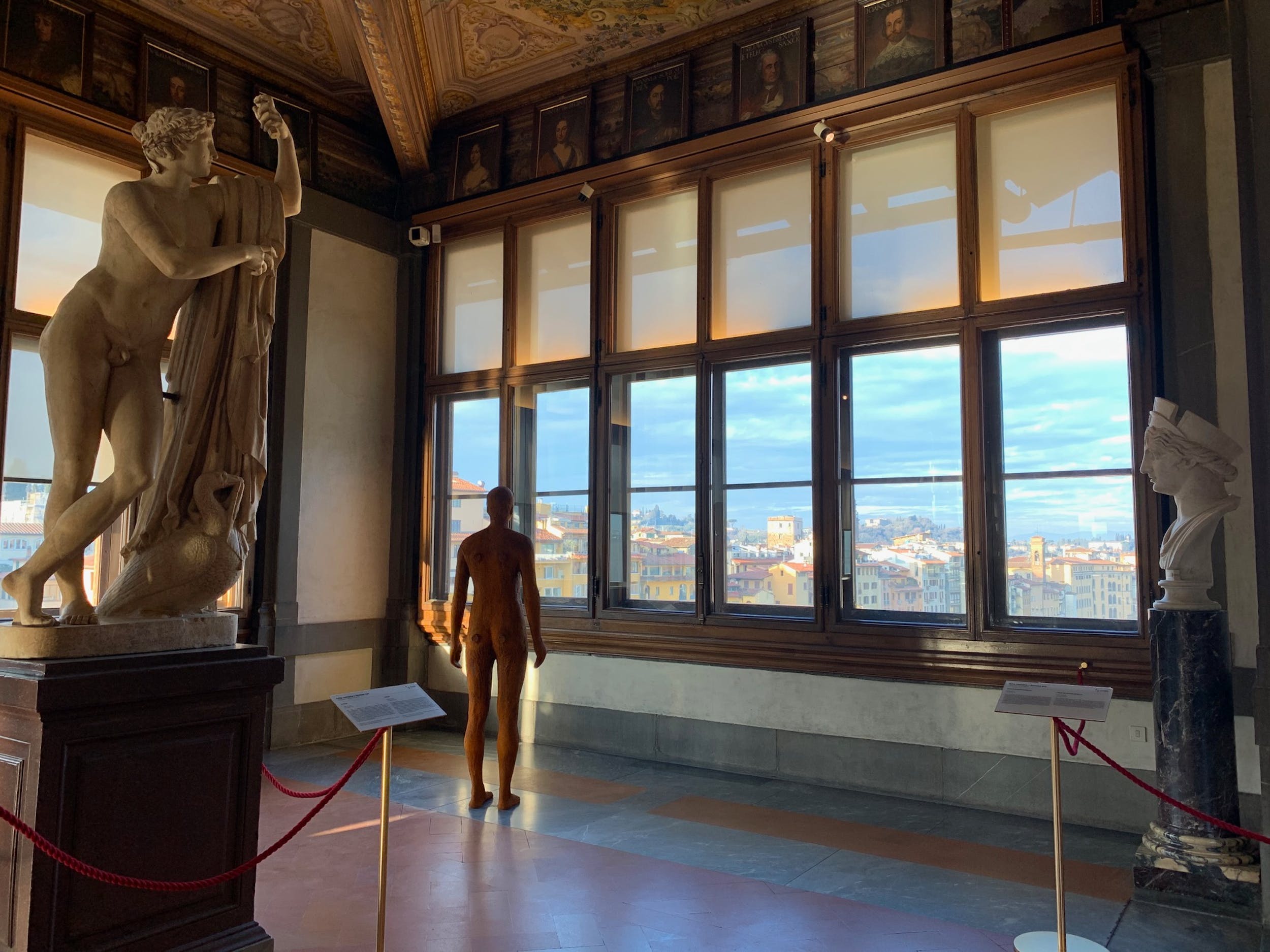 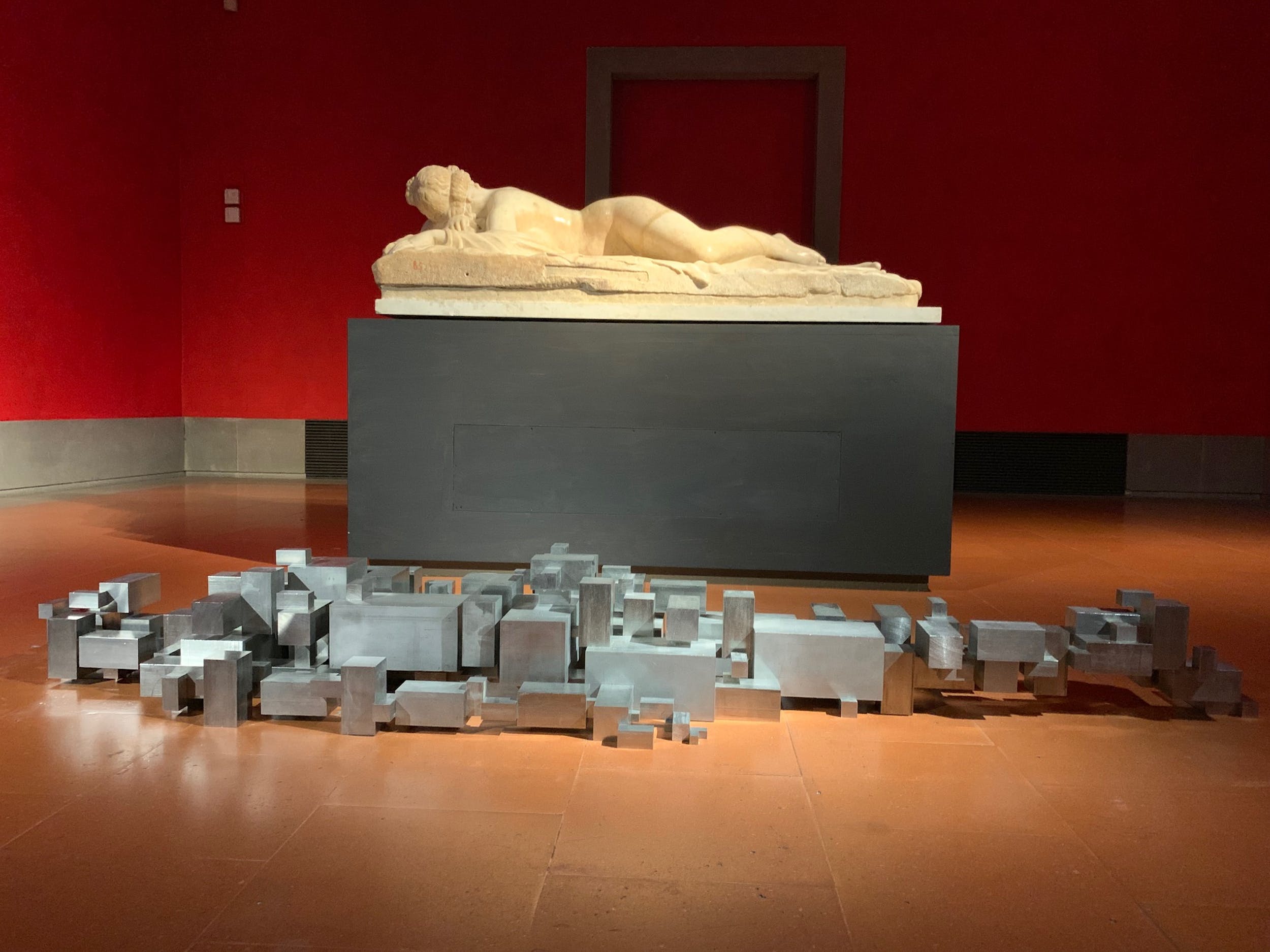