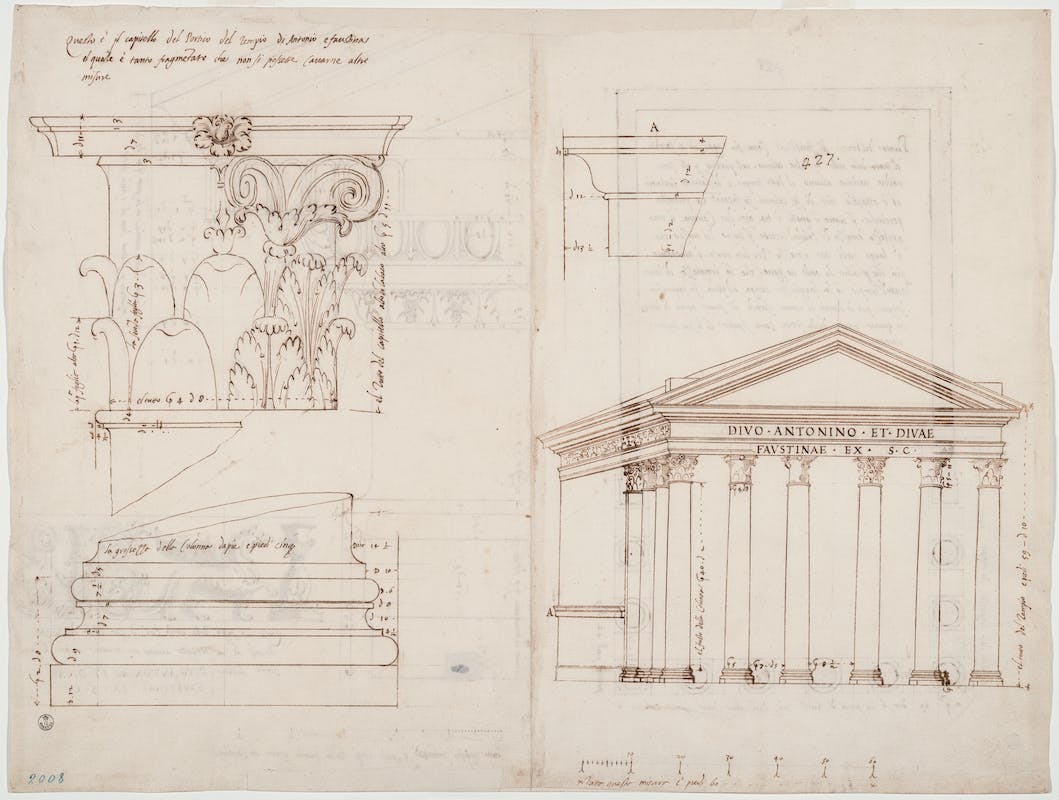 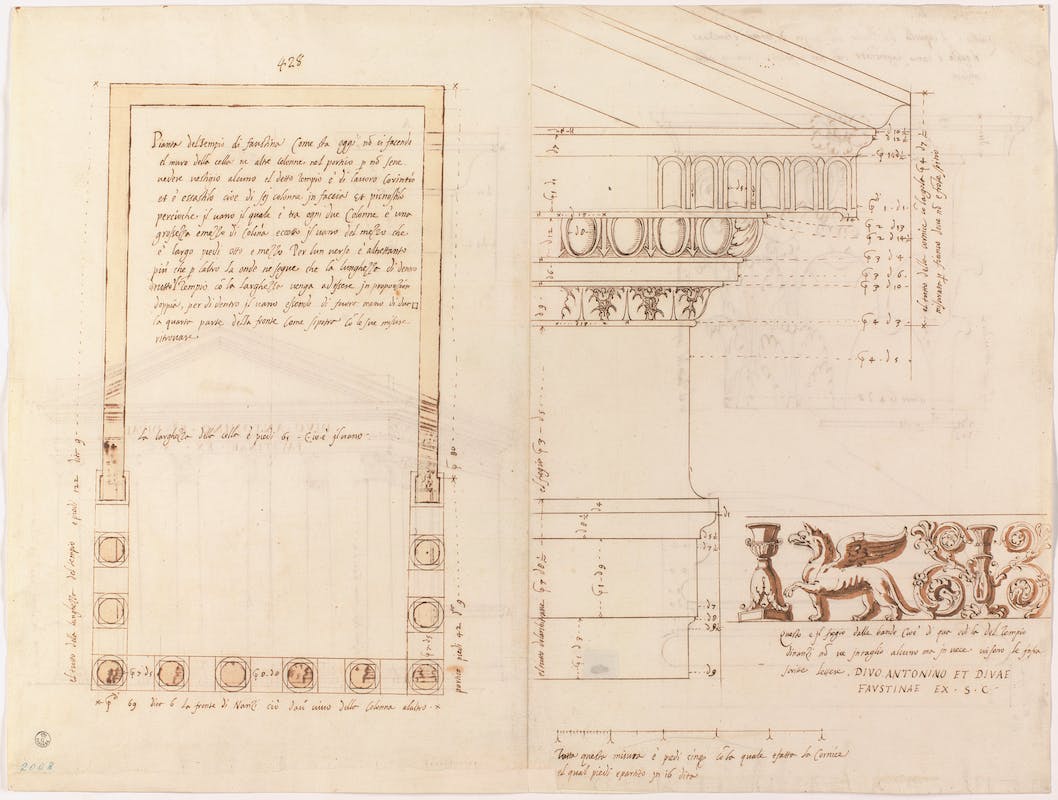 Giovanni Antonio Dosio adopts a philological approach to provide us with a real study of the temple in the Roman forum dedicated first to the empress Faustina the Elder, deified in 141 AD, who had just passed away, and twenty years later to her husband, Antonius Pius, who had been deified.

The architect from Siena offers a full view of the building he is working on, complete with measurements and heights, based on the programmatic choice of reproducing the antique without adding elements designed to complete the fragmentary nature of the original. The recto, or back of the sheet shows, from left to right, the plan of the temple, with specific notations, details of the entablature and the side frieze, below the transcription of the dedication in honor of the two emperors appears, reproduced correctly, except for the placement of the word divae in the first line: Divo Antonino et / Divae Faustinae ex s(enatus) c(onsulto) (CIL VI 1005 = CIL VI 31224). On the verso of the same sheet, next to the magnified image of one of the capitals, the elevation of the monument is drawn, including the inscription, transcribed according to the same division into lines. This image allows us to fully appreciate the grandeur of the building originally dedicated to exalting the figure of Faustina the Elder alone, elected as godly protector of the ruling imperial family. The central role she played in her husband's propaganda is even more evident if we consider that the place where the temple was erected to celebrate her was the Roman forum, a place that had been considered an almost exclusively male space for centuries.

Dosio's sheet can be linked to the studies carried out by the Siena-born architect with a view to publishing a Treatise on Architecture, which he mentions in his epistolary as early as 1574. This research focused on ancient and modern architectural orders, but the manuscript was never published. Nevertheless, it explains the scientific approach to the vestiges of antiquity shown here.