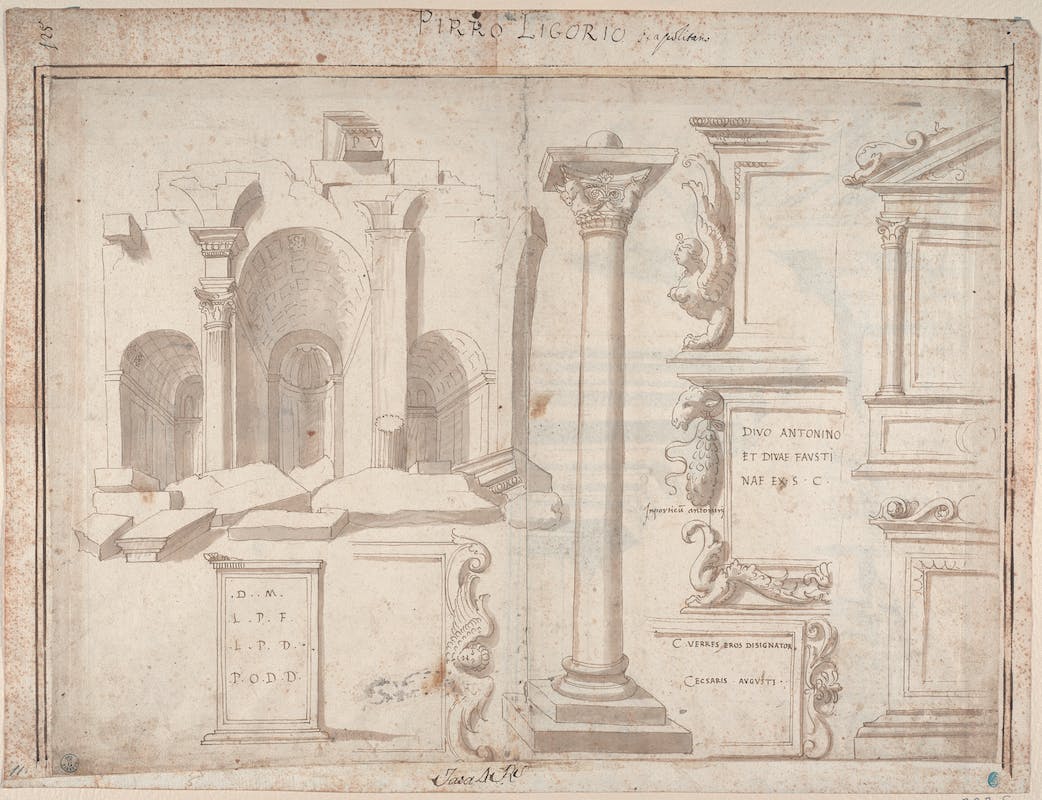 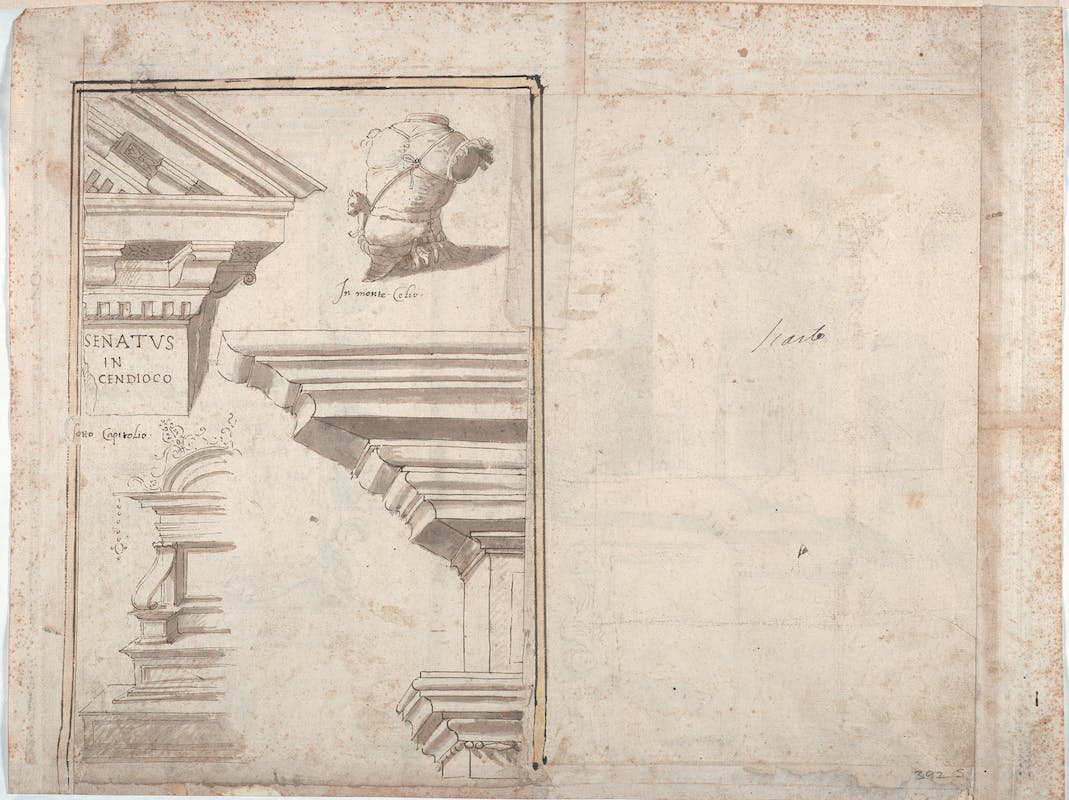 On both sides of this sheet (recto and verso, or front and back), Pirro Ligorio has devoted himself to creating an antiquarian-style collage, reproducing some of the architectural, sculptural and epigraphic details that could be admired in the Roman forum and surrounding areas in the mid-16th century, details that the Neapolitan antiquarian was able to draw from life during his long stay in Rome, from the 1530s to the 1560s.

One of the most interesting elements Ligorio tackles in this case, on the recto of the sheet, is the inscription of the temple voted by the Senate in 141 AD in honor of the diva Faustina , wife of Prince Antoninus Pius (138-161 AD) and deified immediately after her death, which occurred shortly after her husband's rise to power. The dedication, to which the first line would be added in 161 AD, also consecrated the building to the new god Antoninus: Divo Antonino et / Divae Faustinae ex s(enatus) c(onsulto) (CIL VI 1005 = CIL VI 31224). The text, reproduced correctly except for the incorrect division into lines - understandable given Ligorio's interest in epigraphy - is correctly related to the monument to which it belonged thanks to the caption that accompanies it: In porticu Antonini. Ligorio's approach to the analysis of the monument is certainly partial, especially if compared with that of his peer Giovanni Antonio Dosio (link scheda 24b), but it testifies to the charm that the majestic building was still capable of exerting in the 16th century, a perennial symbol of the importance attributed to Faustina the Elder within the dynastic system in which she, as Augusta in life and  diva after death, was a key element. This centrality was highlighted by the very place chosen to pay homage to her, a public and traditionally 'male' space such as the republican forum, where by then the matrons of the imperial family could also be commemorated.

Ligorio's drawing was added to the Department of Prints and Drawings collection of the Uffizi as part of a large collection of hand-drawn drawings, both ancient and modern, donated by Prof. Emilio Santarelli in 1866. In the Catalog of the collection it is inventoried as no. 11 of Folder VI.