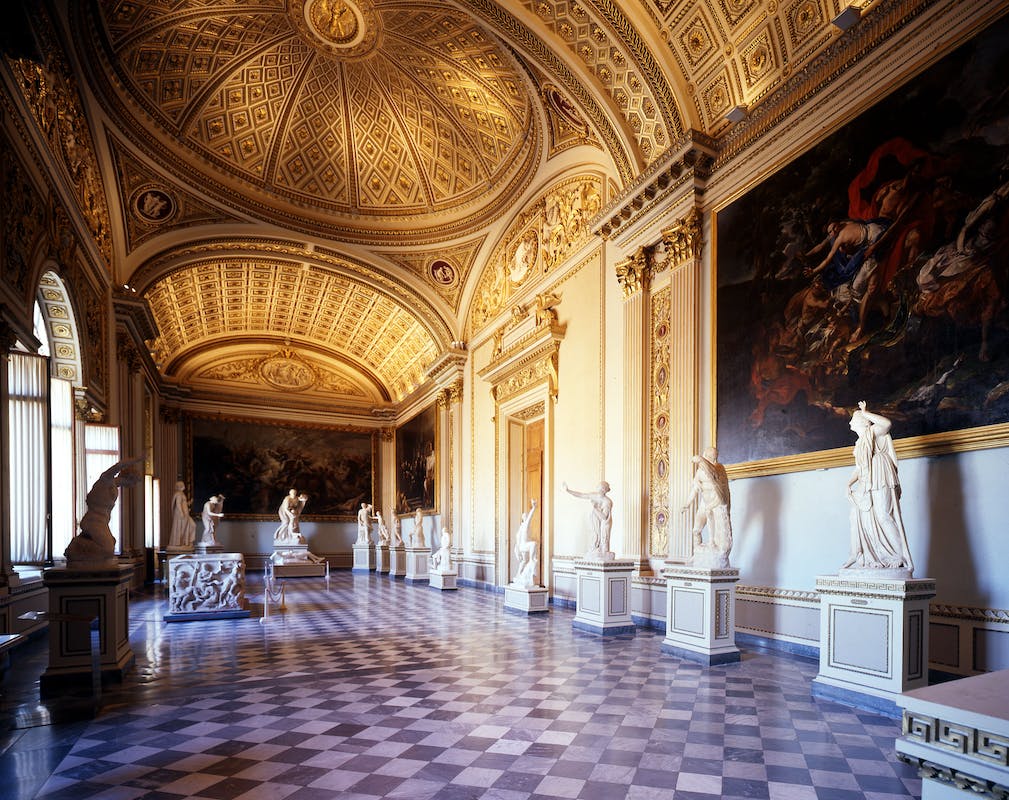 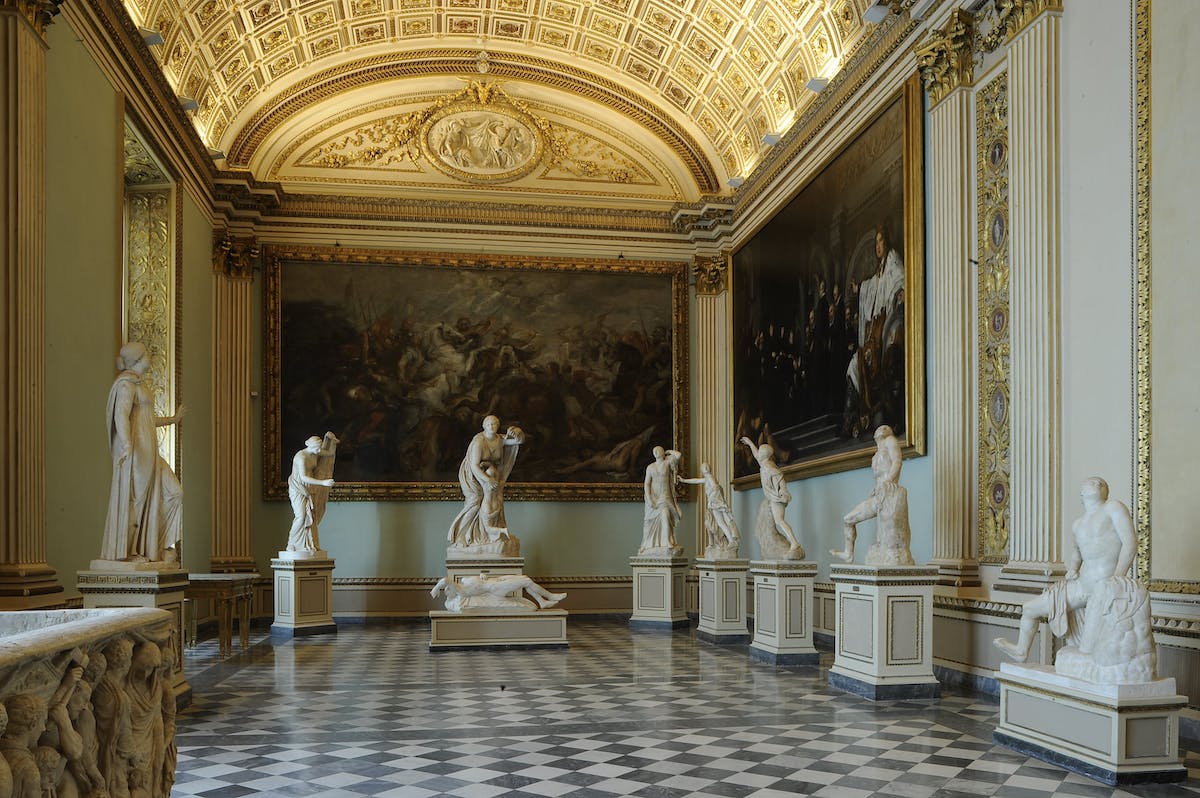 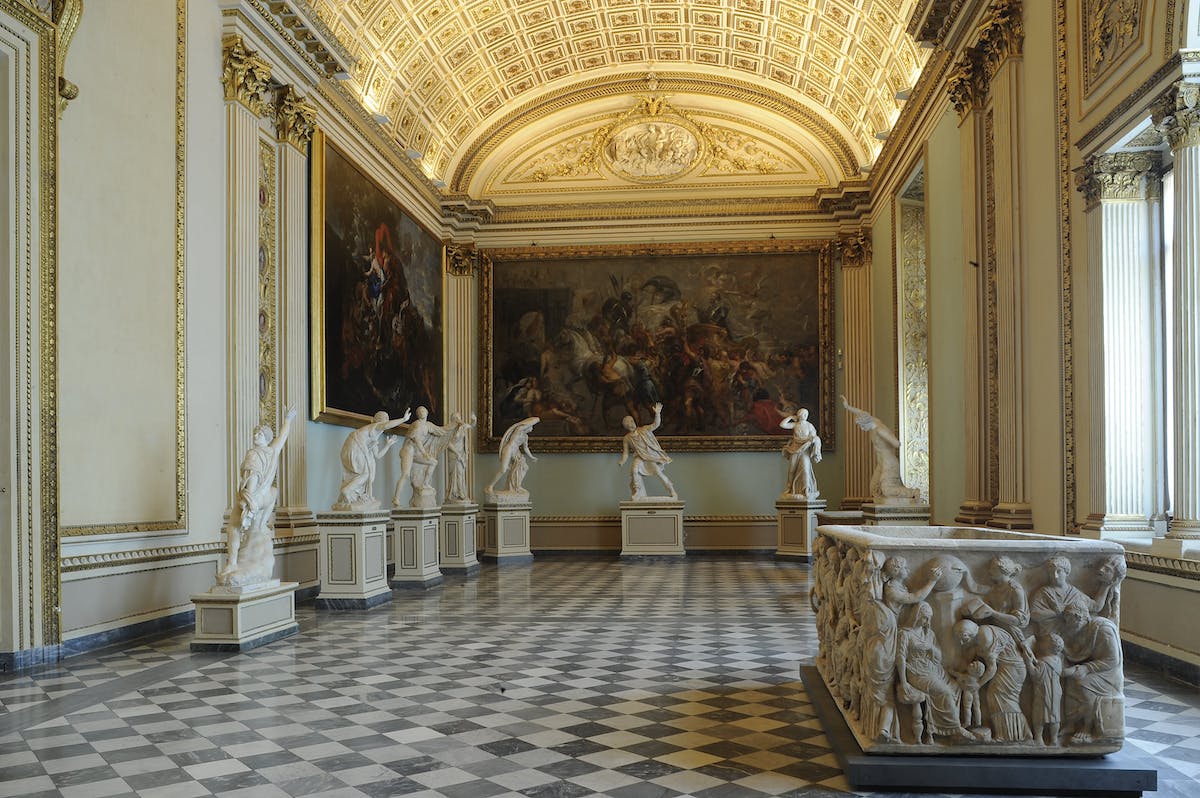 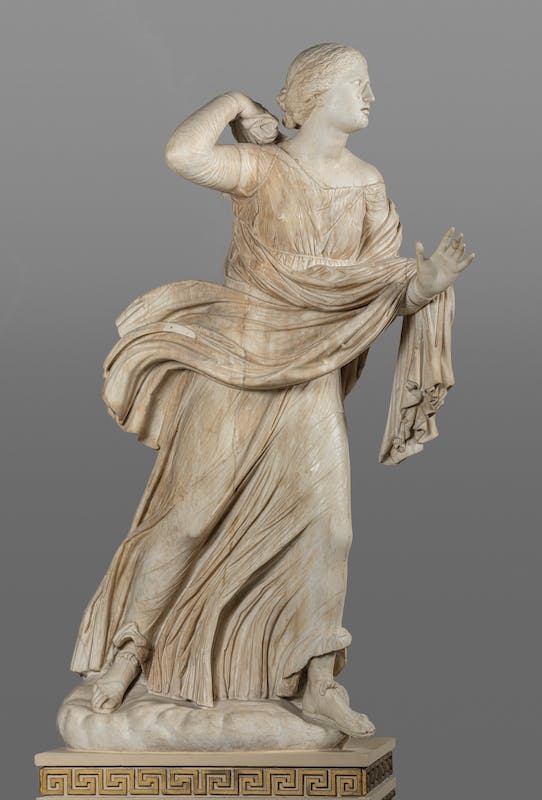 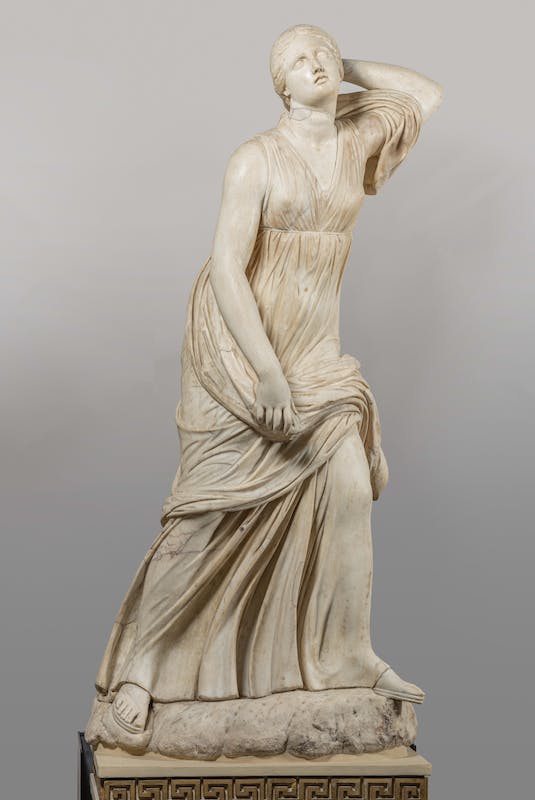 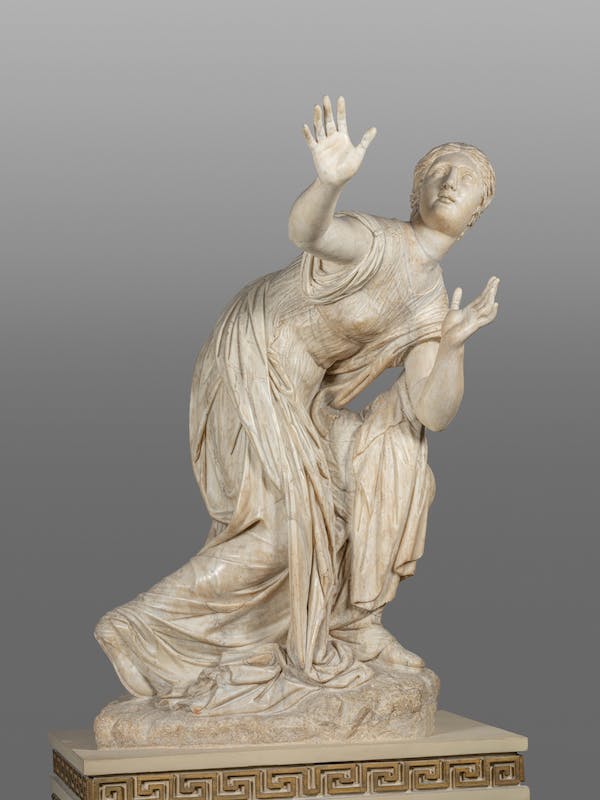 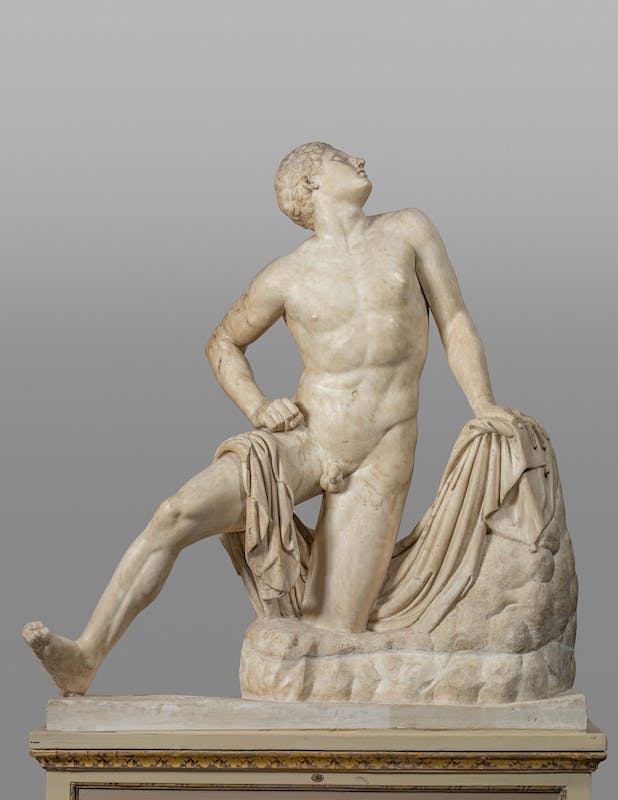 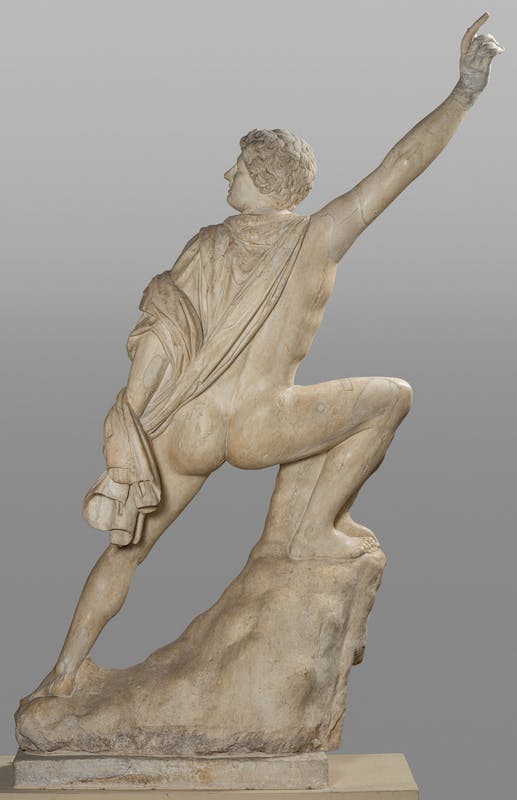 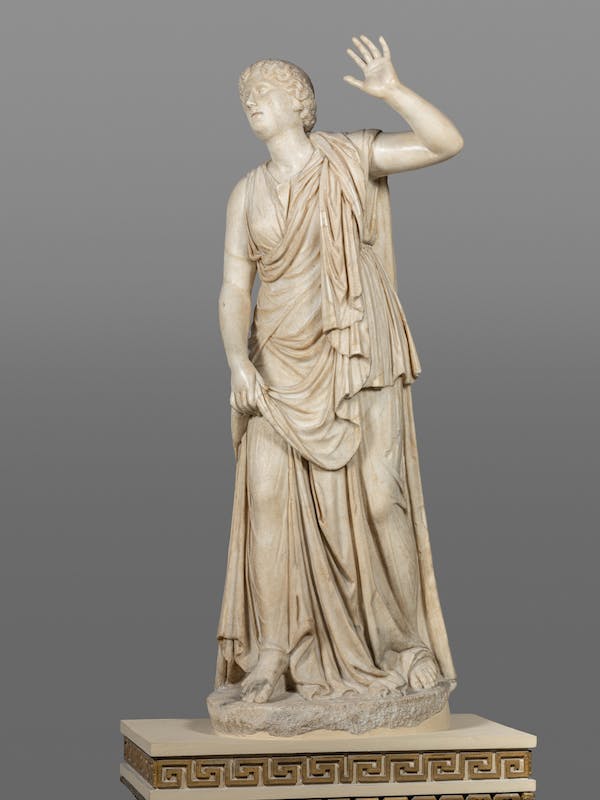 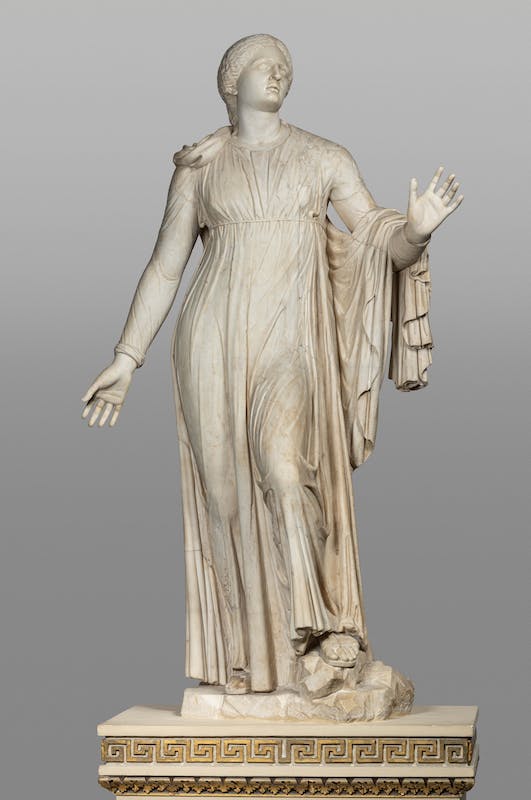 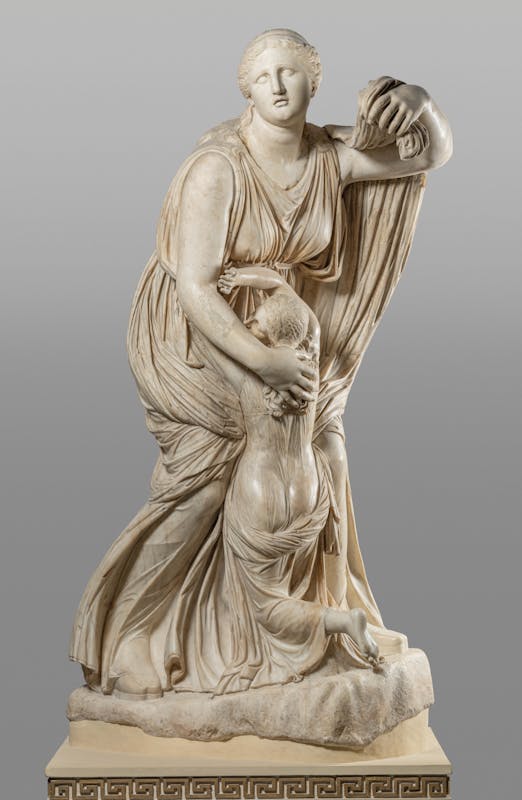 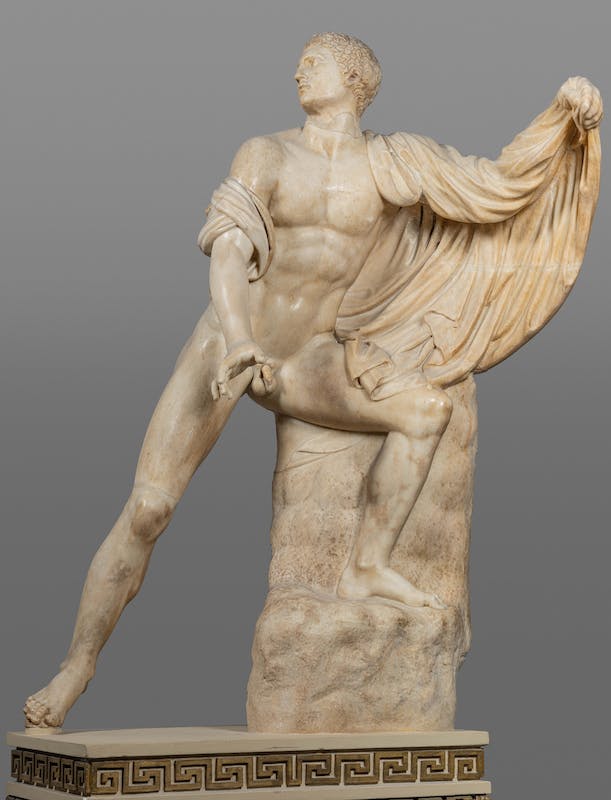 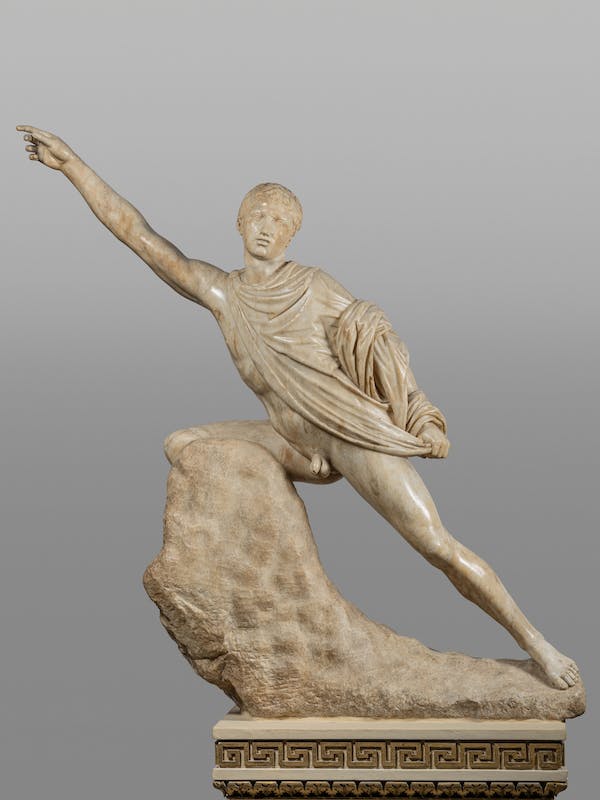 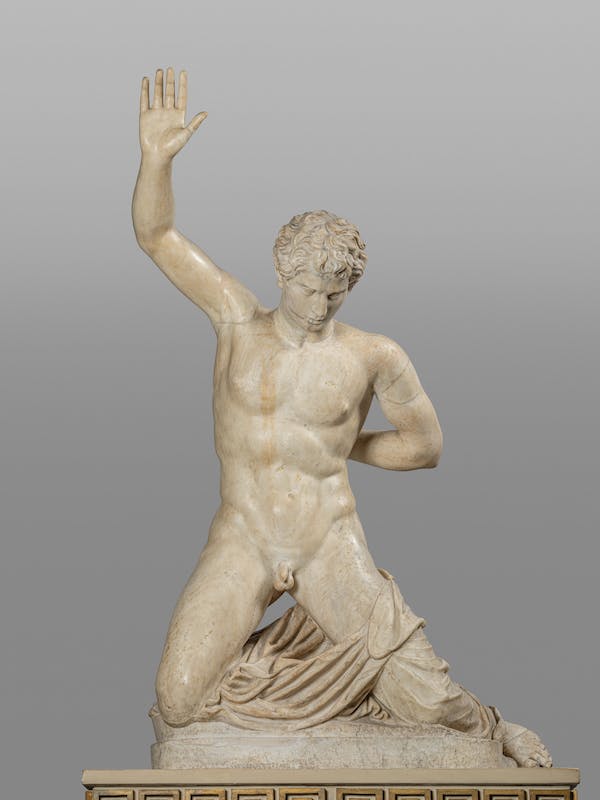 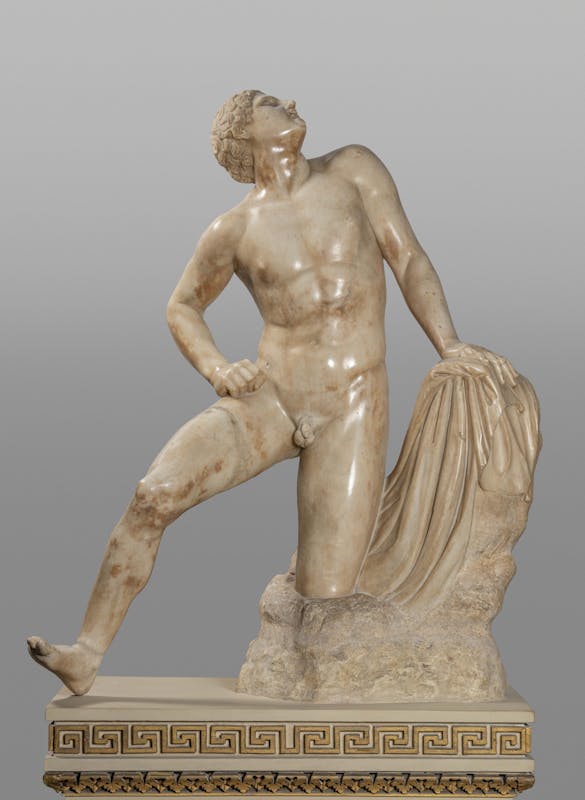 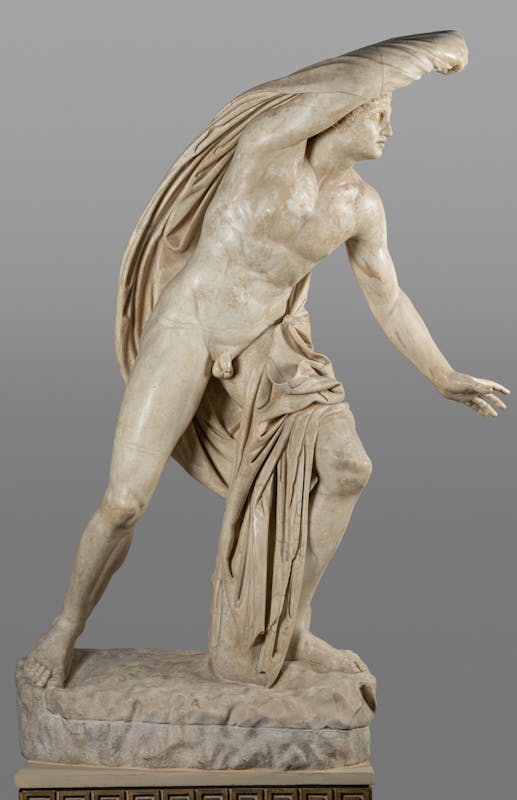 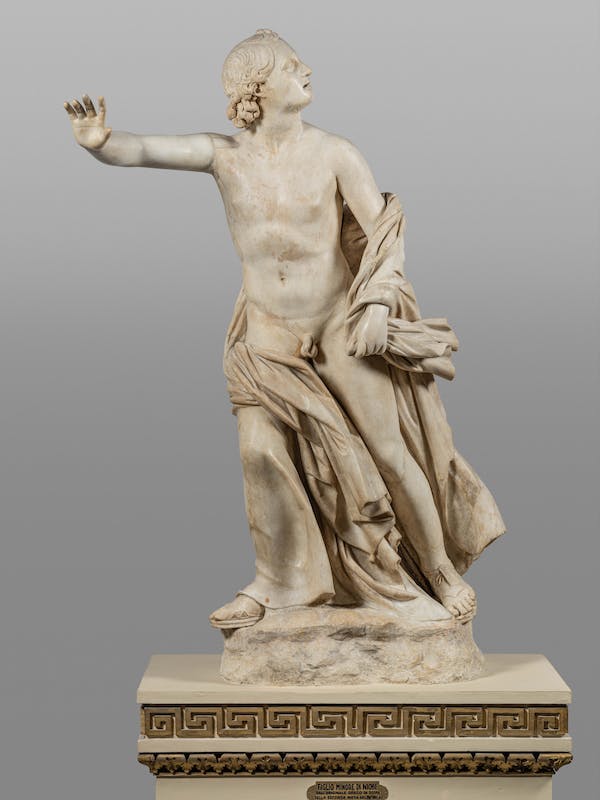 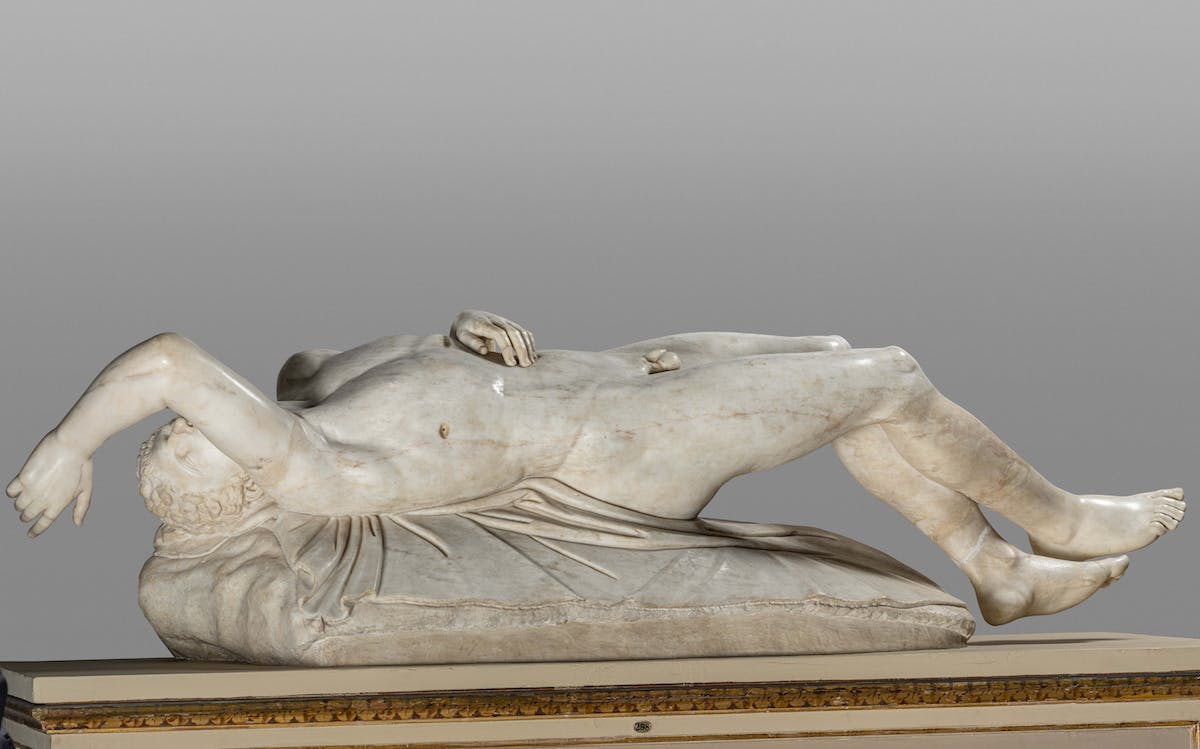 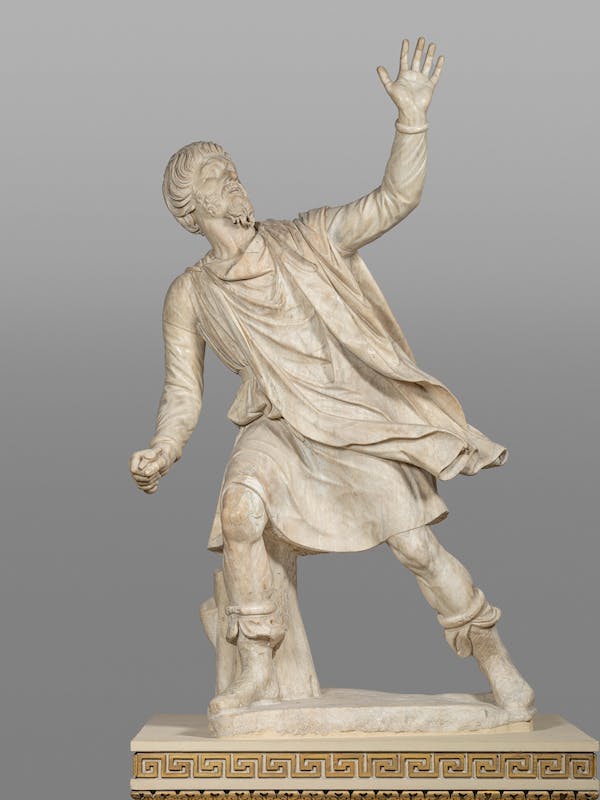 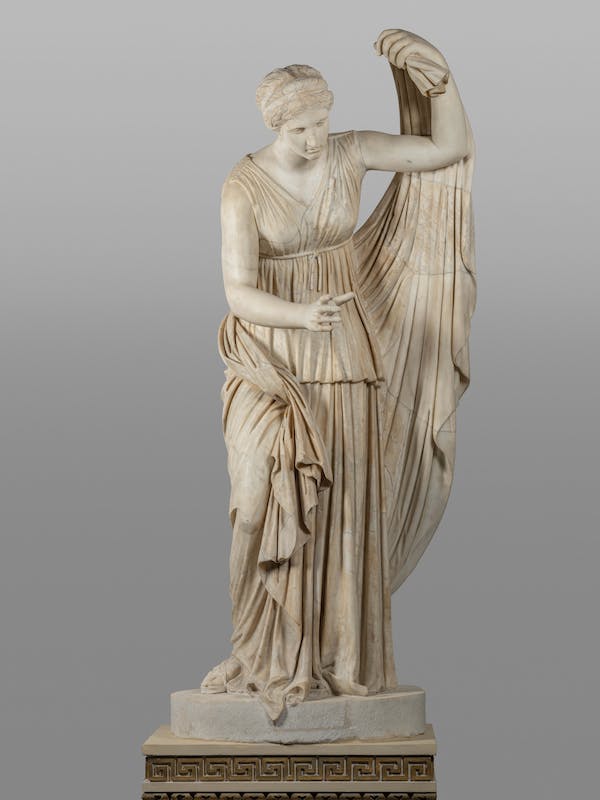 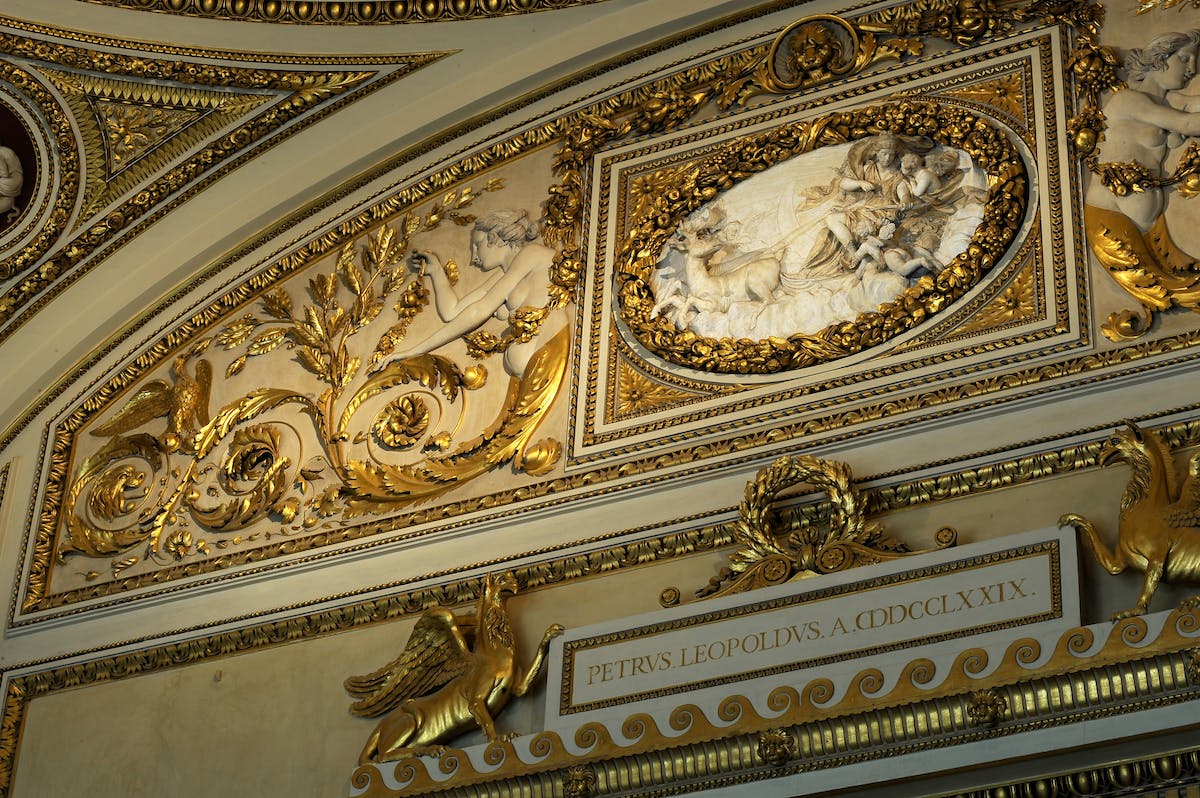 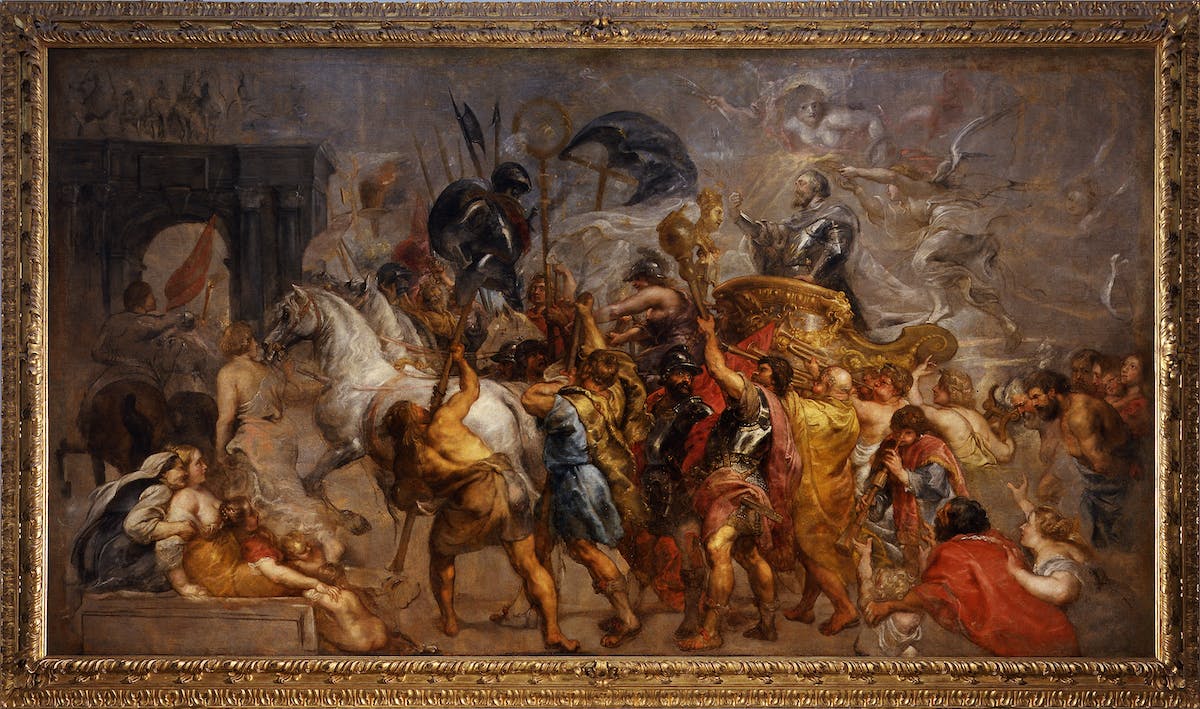 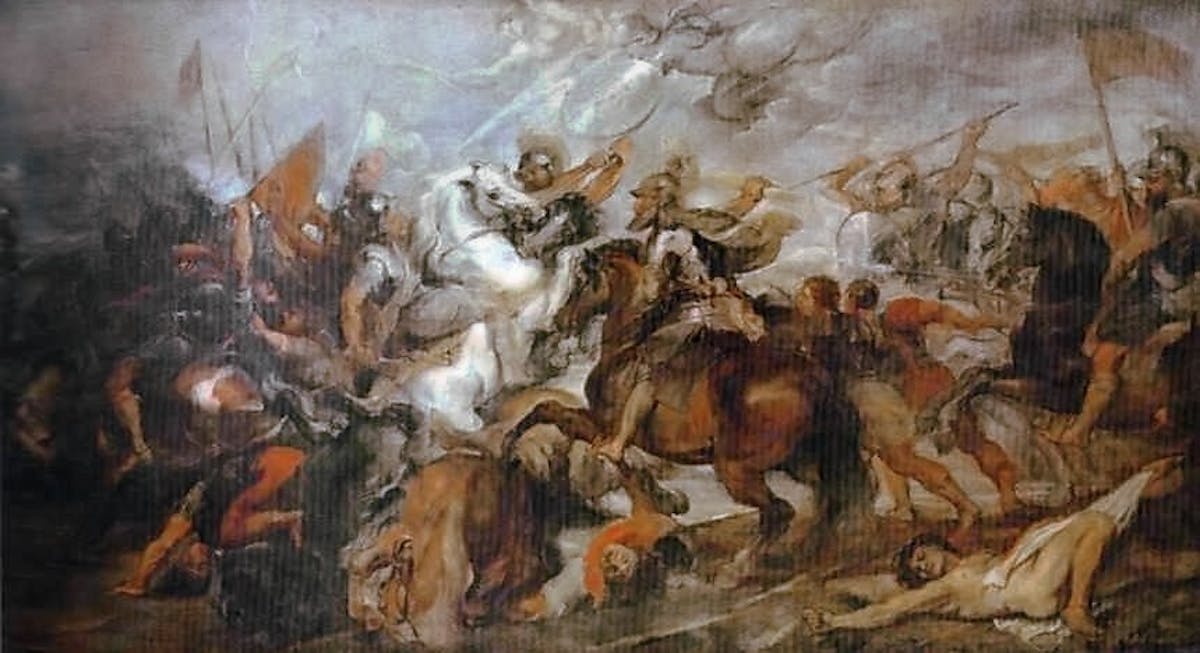 The Niobe Room is a precious example of neoclassical architecture, commissioned by Grand Duke Peter Leopold of Lorraine to provide an appropriate setting for the sculptural group found in Rome at the beginning of 1583 in the vineyard belonging to Gabriele and Tomaso Tomassini, located a short distance from St. John Lateran. The fortuitous discovery brought to light thirteen sculptures, most of them still in an enviable state of preservation. The discovery, already sensational in itself considering the number of marbles found, was perceived as even more singular since almost every statue appeared to be part of a grandiose group illustrating one of the most tragic stories of ancient myth: the murder of Niobe's children. As a matter of fact, this woman, wife of Amphion, the king of Thebes, had insulted Latona, claiming that she was a better mother than her. This act of hubris (hybris in Greek) was severely punished by the goddess, who sent her sons Apollo and Artemis to kill the seven sons and seven daughters of the insolent woman. Despite being turned into a stone, Niobe, torn by grief, couldn’t stop weeping and her tears became an everlasting fountain.

From the end of the 16th century, the Niobids were preserved in the gardens of Villa Medici on the Pincian Hill, to be then moved to Florence in 1770 at the behest of Grand Duke Peter Leopold. The room intended to host them was the result of complex works of renovation and staging on the large hall located in the Third Corridor, known at the time as “lo Stanzone”, which was inaugurated on 20 February 1780.

Alongside the architects Zanobi del Rosso and Gaspare Maria Paoletti, who in turn were in charge of the project, worked Giuseppe del Moro, who created the panelled ceiling decorated with gilded roses, the brothers Grato and Giocondo Albertolli, who realized the stuccoes, Tommaso Gherardini, who made the cameos and the Grotesque-style motifs along the splays of the windows, and the painter Filippo Lucci, who painted the bases of the statues. In 1781, Francesco Carradori moulded the stucco reliefs of the room's four lunettes, on which are represented, among others, Apollo and Artemis shooting arrows.

Luigi Lanzi, in his volume entitled “La Reale Galleria di Firenze accresciuta e riordinata per comando di S.A.R. l'Arciduca Granduca di Toscana” (The Royal Gallery of Florence augmented and rearranged by command of H.R.M: the Archduke Grand Duke of Tuscany), published in 1782, described the room as “una Regia”, similar in taste to some of the rooms in the Baths of Titus, but incomparably richer compared to those from the Roman era.

Of particular interest are the antique-style decorations by Tommaso Gherardini, inspired by the plates of two books that in the first half of the 18th century were at the forefront for the study of the ancient world: the Museum Florentinum by Anton Francesco Gori and Le antichità di Ercolano esposte (Antiquities of Herculaneum Exposed) published by the Regia Stamperia of Naples.

Finally, the room houses two imposing paintings by Pieter Paul Rubens (Siegen, 28 June 1577 - Antwerp, 30 May 1640), which are the largest of the Gallery: two canvases en pendant, “The entry of Henry IV into Paris” and “Henry IV at the Battle of Ivry”, pertaining to a series of paintings about the life of the King of France, commissioned by Queen Marie de' Medici for the Luxembourg Palace and left incomplete. They were purchased by Cosimo III de' Medici in 1686. The wall facing the large windows houses two other imposing canvases: 'The Florentine Senate pays homage to Ferdinand II de' Medici as elected Grand Duke', a 1625 work by the court painter Justus Suttermans (Antwerp 1597 - Florence 1681, the preparatory model is on display in the Palatine Gallery), and the canvas depicting the 'Rape of Proserpine', by Giuseppe Grisoni (Florence 1692 - Rome, 1769). The scene of th Rape is taken from the cartoon that the painter had prepared in 1732 for the series of tapestries known as 'Elements', destined to the Medici Tapestry and to which also other famous painters from the Tuscan environment had participated. The Rape of Proserpine was intended to represent the element of fire

The Niobe Room in the Uffizi

The sculptural complex from the Villæ of Tivoli at the Uffizi