On display at the Uffizi the "Holy Conversation with St. Zenobius, St. Francis, St. John the Baptist and St. Nicholas" on loan to the Church of San Martino in Grassina since 1926

Executed in 1472 and loaned by the Uffizi to a church in the surroundings of Florence about a century ago, a very important work by Leonardo da Vinci's master, Andrea del Verrocchio, is now returning to the Uffizi for a special temporary exhibition. It is the sumptuous altarpiece depicting the Holy Conversation with St. Zenobius, St. Francis, St. John the Baptist and St. Nicholas, known as "The Macinghi Altarpiece" after the name of the family that commissioned its execution. Just restored by the Opificio delle Pietre Dure, the work is now on display on the second floor of the Uffizi, in the exhibition premises between the room dedicated to Leonardo and the one of Raphael and Michelangelo.

Part of the Gallery's collection, the altarpiece, realized in 1472, was sent in 1926 to the Church of San Martino a Strada, near Grassina, on the outskirts of Florence. Historically, the work is recorded for the first time in the seventeenth century in the Church of Santissima Annunziata in Florence, where it allegedly was located within the Chapel dedicated to the Macinghi family. Its attribution to the school of Andrea del Verrocchio has long been accepted although it is possible to distinguish three different painters' hands in the realization of the figures, almost certainly carried out by some pupils of his workshop.

Supervised by the Opificio delle Pietre Dure, the restoration of the painting has brought to light the details of the embroideries and gems on the mantles of the holy bishops, the extraordinary refinement of their jewellery, the excellent quality of the painting in the rendering of the materials as well as the complex, articulate architecture of the scene. A noteworthy precious detail is the scale model of the city of Florence offered by St. Zenobius to the Virgin, in which the dome of the Cathedral can be recognized in the centre together with other monuments, some of which are no longer existing.

At the Uffizi, the large altarpiece is arranged in dialogue with the Head of St. Jerome, a rare painting on paper by Verrocchio, normally on display in the Palatine Gallery of Pitti Palace, a model that also recurs in the figure of St. Francis in the Macinghi Altarpiece. 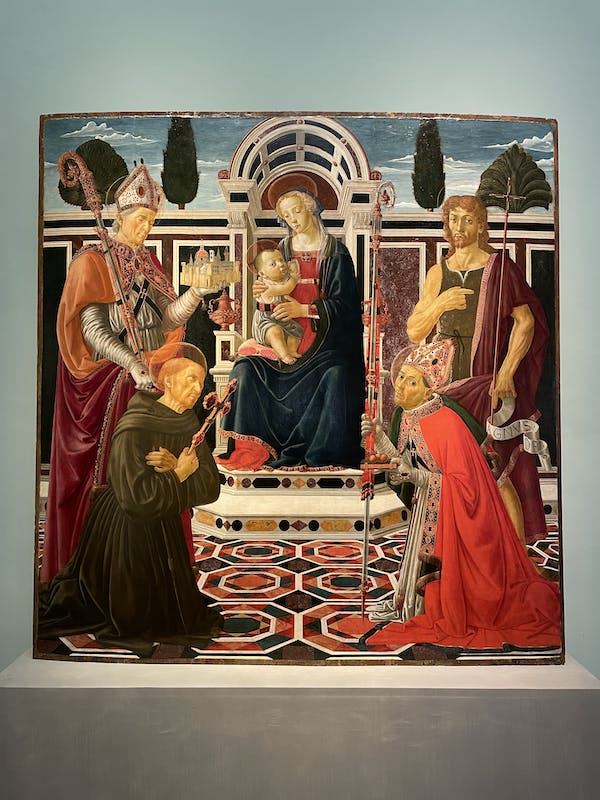 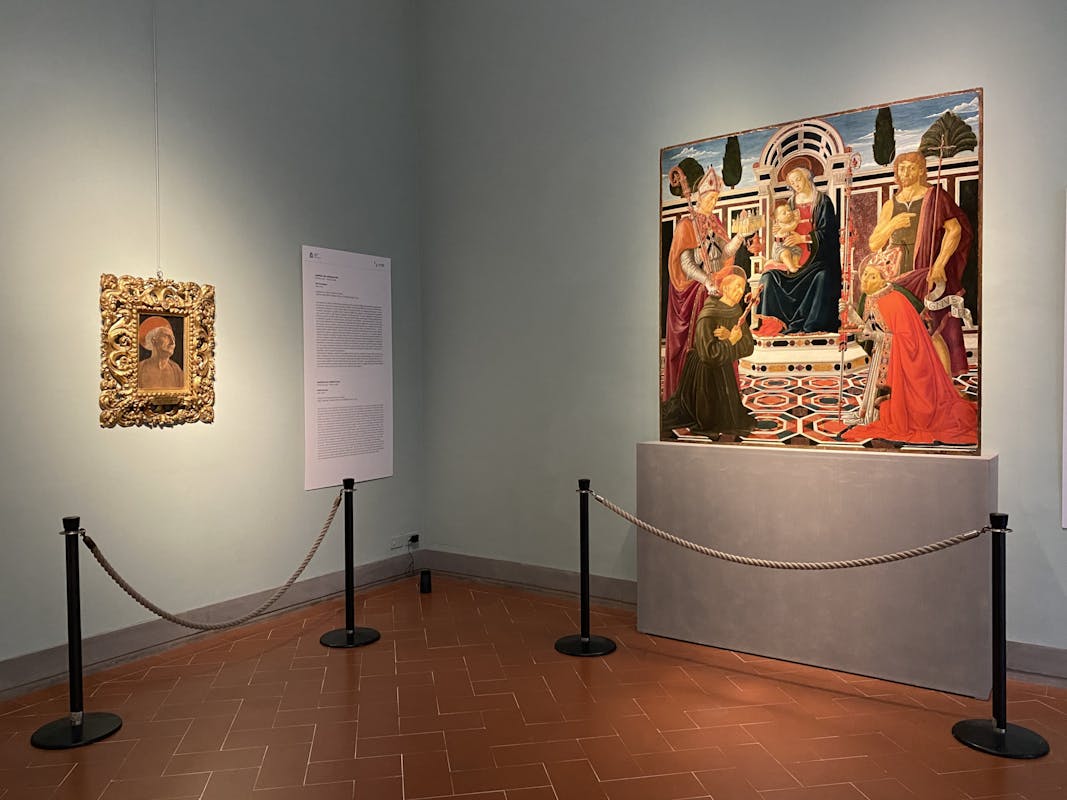 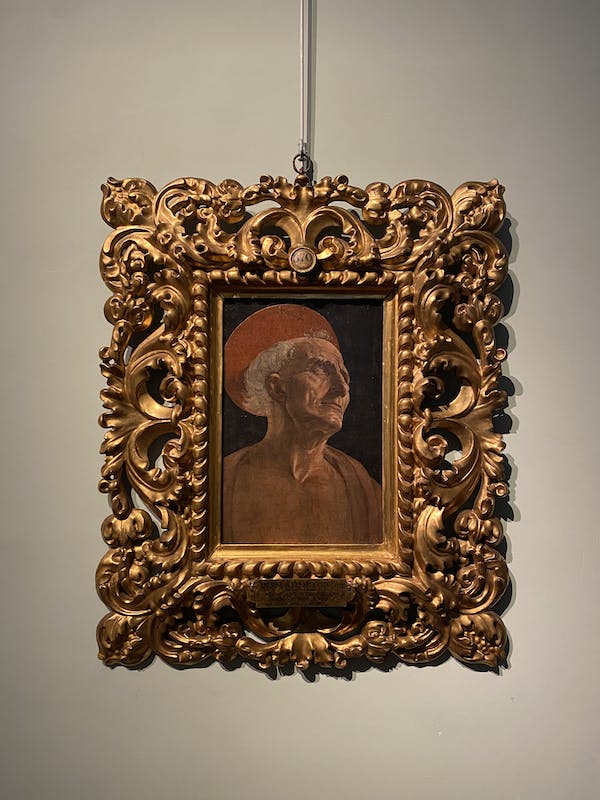 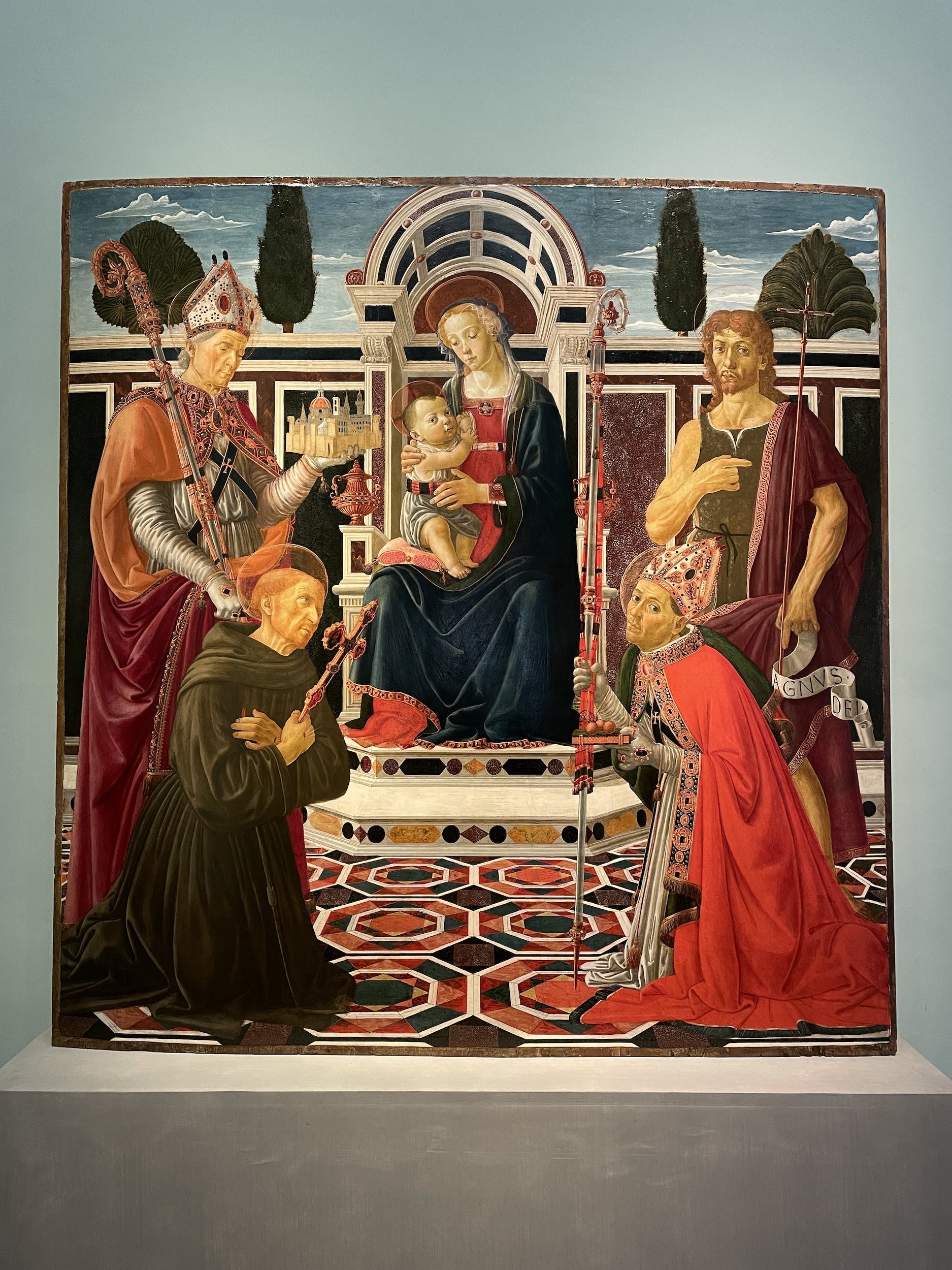 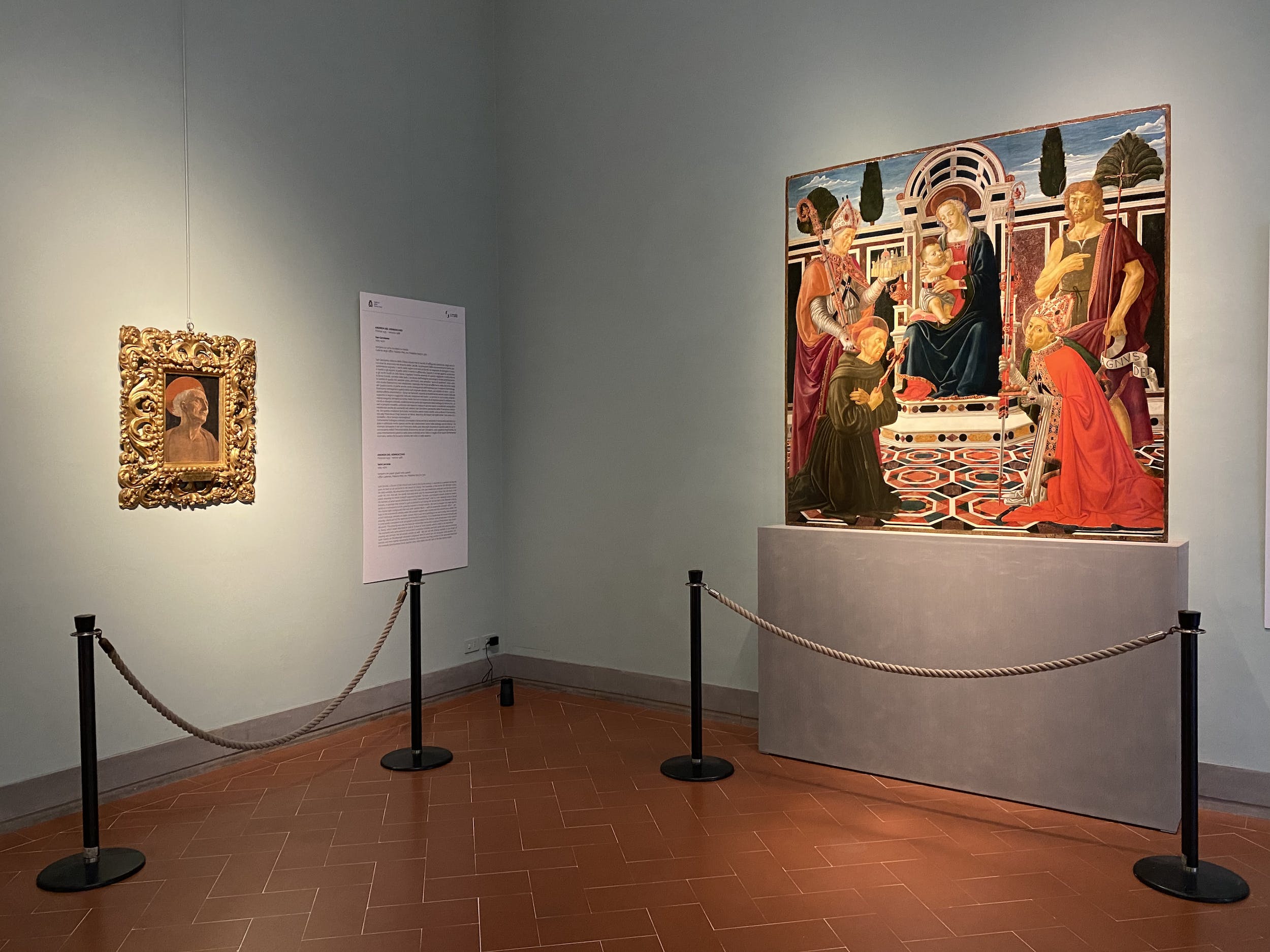 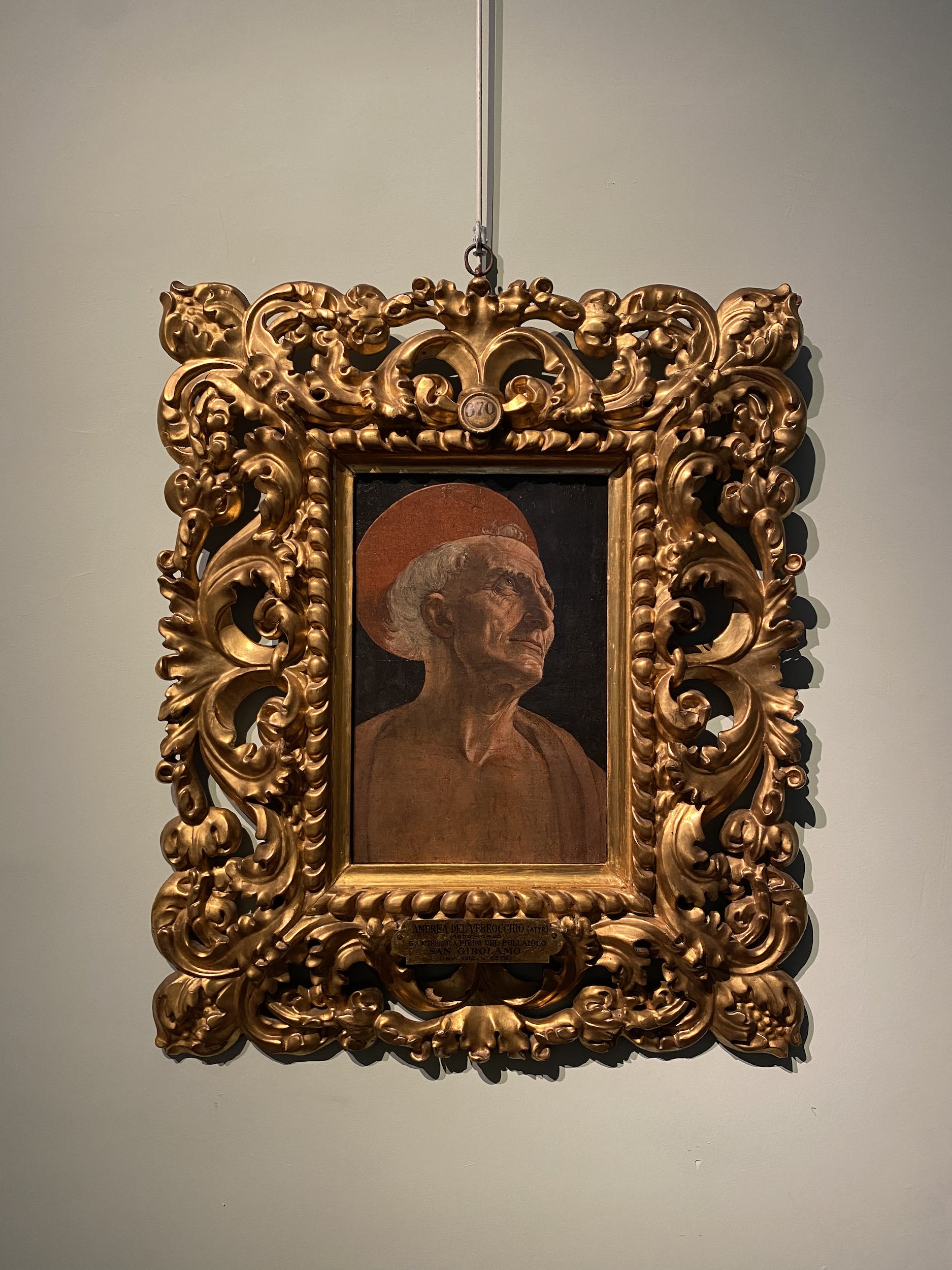 Admission included in the museum ticket.

The exhibition follows the same opening hours as the museum: from Tuesday to Sunday 8.15am | 6.30pm