The Uffizi Galleries pay homage to the German Expressionist painter, a jew in exile in Florence, deported and killed in Auschwitz

Almost eighty years after his death and a few days before the Day of Remembrance, the Uffizi Galleries pay tribute to the great German expressionist painter and pupil of Matisse, Rudolf Levy (Stettin 1875 - Auschwitz 1944), dedicating a major retrospective to him at Palazzo Pitti, which covers all of his activity. The 47 works on display will tell the tormented existence of Levy through his paintings, from his early years to those of exile, including the last ones spent in Florence and considered the most prolific from an artistic point of view.

The young Levy began painting in Germany under the guidance of Heinrich von Zügel, one of the founders of the Munich Secession. He then moved to Paris, where he diligently attended Henri Matisse's school of painting. After fighting in the First World War, he went to live in Berlin: it was here that in 1922 he held his first personal exhibition, making himself known to a wider circle of public and critics. When the Nazi persecutions against the Jews begin, Levy leaves Germany and begins his wanderings, which main stops are Mallorca, France, the United States and Dalmatia. In January 1938 he came to Italy; after a stay in Ischia and about a year spent in Rome, he arrived in Florence in 1941. In his room-atelier at Palazzo Guadagni in Piazza Santo Spirito, Levy rediscovered his lost creative happiness: from 1941 to 1943 he created over fifty paintings, mostly still lives and portraits. On the 12th of December 1943, after the German occupation, he was arrested and imprisoned at Murate, then transferred to San Vittore in Milan. On January 30, 1944, he was put on a train for Auschwitz, in the same transport as Liliana Segre. Once arrived in Auschwitz he was presumably immediately sent to the gas chambers because considered too old for slave labour. His presumed date of death is the same as the arrival of the convoy in Auschwitz, February 6, 1944.

The Palazzo Pitti exhibition, created from an idea by Klaus Voigt, a distinguished scholar of the exile of Jews and anti-Nazis in Italy, aims to make Levy known to the general public: because of the ferocious Nazi repression against Jews and against the so-called 'degenerate art', the works of this artist present in the collections of German museums were largely stolen or dispersed. In the immediate post-war period, two exhibitions were dedicated to Levy, but subsequently the painter was no longer brought to the attention of a large audience. The Uffizi project was curated by the recently deceased Klaus Voigt himself, Susanne Thesing, author of the monograph on Levy, Vanessa Gavioli, curator of the Uffizi Galleries, and Camilla Brunelli, director of the Museum of Deportation and Resistance in Prato.

Florence was a fundamental stage in the artistic production of Levy, who created some of his most representative works in the Tuscan capital: still lives, landscapes and portraits.

The exhibition is divided into three sections. The first illustrates a selection of early works painted up to the First World War, where the influence of Henri Matisse is strong.
The paintings from 1919 to 1933, the period prior to his exile, constitute the second chapter of the itinerary: still central, in this nucleus of works, is the constant dialogue with the art of Matisse but also with that of other avant-gardes.
The third part reflects the late work in the age of exile, from 1933 to 1943, and includes paintings that were exhibited in Florence in 1946 and 1950. In addition, there are others never exhibited in Italy so far, which they are found today in private and public collections, especially in Germany.
Finally, an in-depth study is dedicated to the objects that belonged to the artist, such as photographs and letters, which together with catalogues and official documents, offer a precious testimony about his life.
The exhibition, with variations, will move to Kaiserslautern in Germany in the autumn.

The director of the Uffizi Galleries Eike Schmidt: “Florence was the safe haven where for years Levy was able to paint in an international atmosphere full of stimulus. But the racial laws that stained Europe arrived also here, putting an end to his artistic adventure and to his life. In 2020, the Uffizi purchased a splendid portrait of a girl ('Fiamma') from Levy, executed in Florence and now, on the occasion of Remembrance Day, they fulfil the moral duty of telling the painter's tragic story. A story which, it turned out, is briefly intertwined with that of Senator Liliana Segre”.

The director of the Museum of Deportation and Resistance in Prato, Camilla Brunelli: “Up until now too little has been said about Rudolf Levy in Florence, where he was arrested on December 12, 1943. An important tribute to the painter was missing, a monographic exhibition that focused on his years of exile - in particular the last ones spent in Florence - and which outlined, also through a documentary apparatus edited by the Berlin historian Klaus Voigt, unfortunately recently deceased, his human story of persecution, exile and deportation. Klaus Voigt studied the exile in Italy of Jews and opponents of the Nazi regime for many years and was writing a book about him: I am pleased to remember that we owe him the idea for this exhibition, which was immediately welcomed by the director of the Uffizi Eike Schmidt". 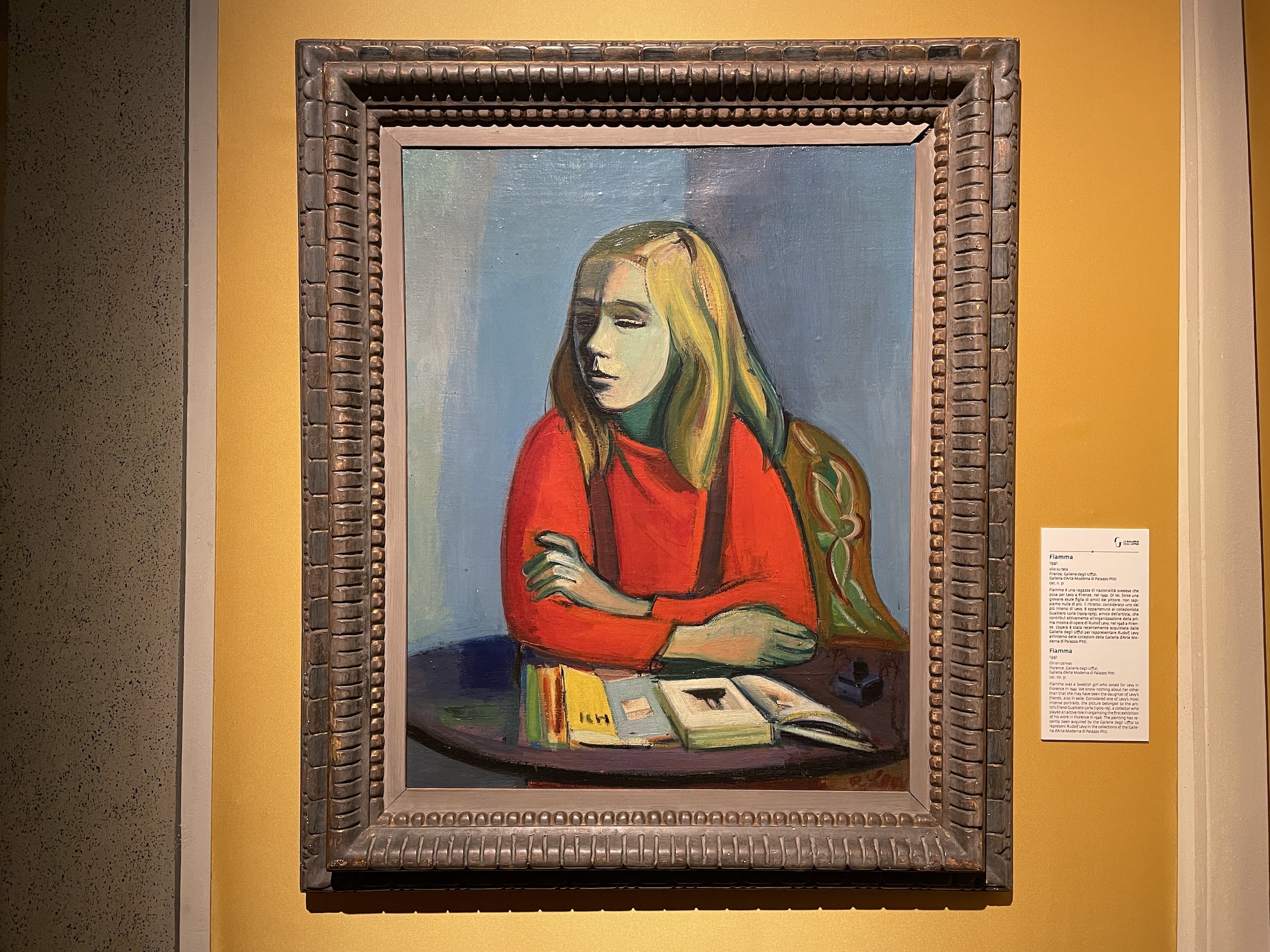 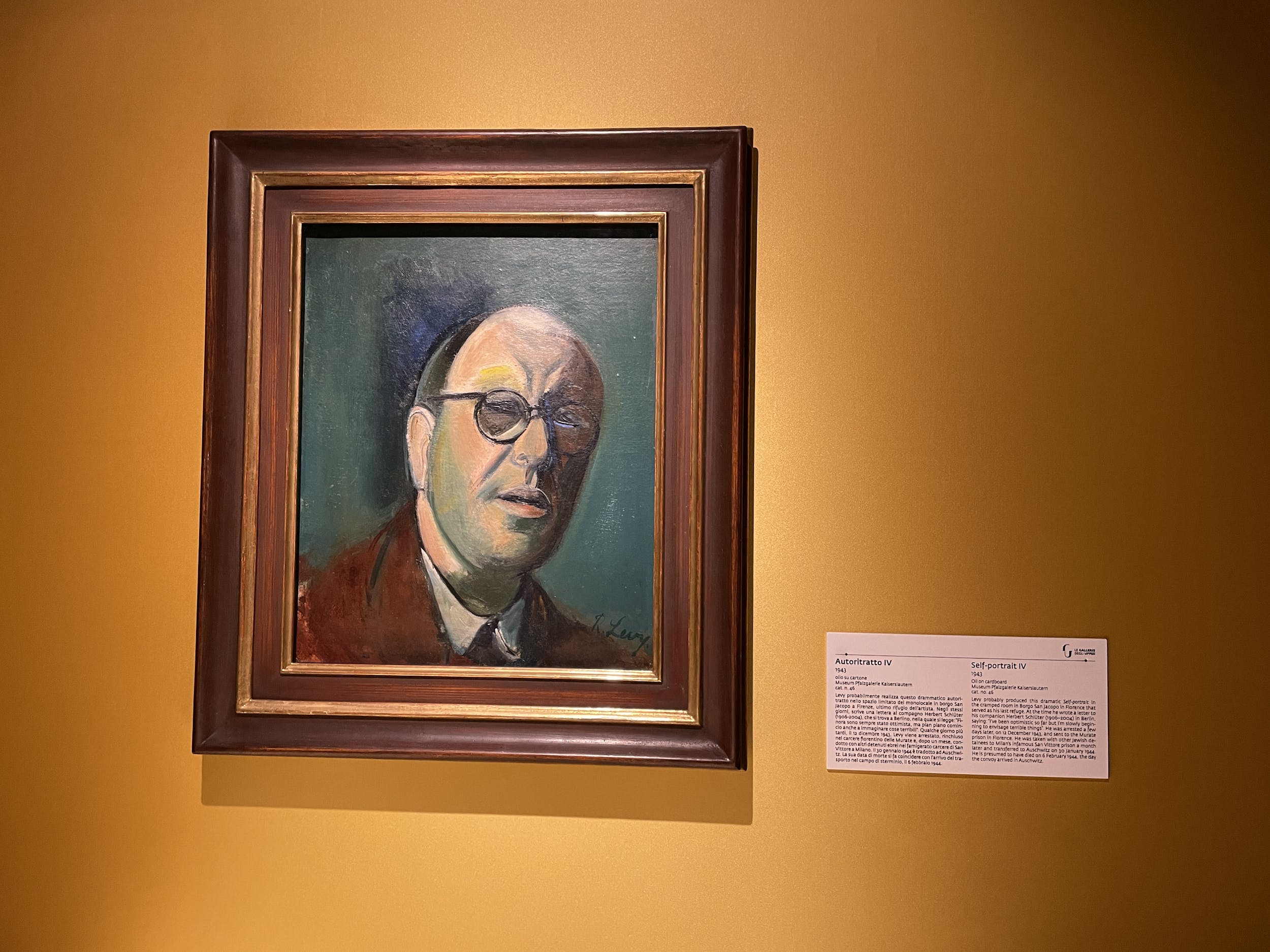 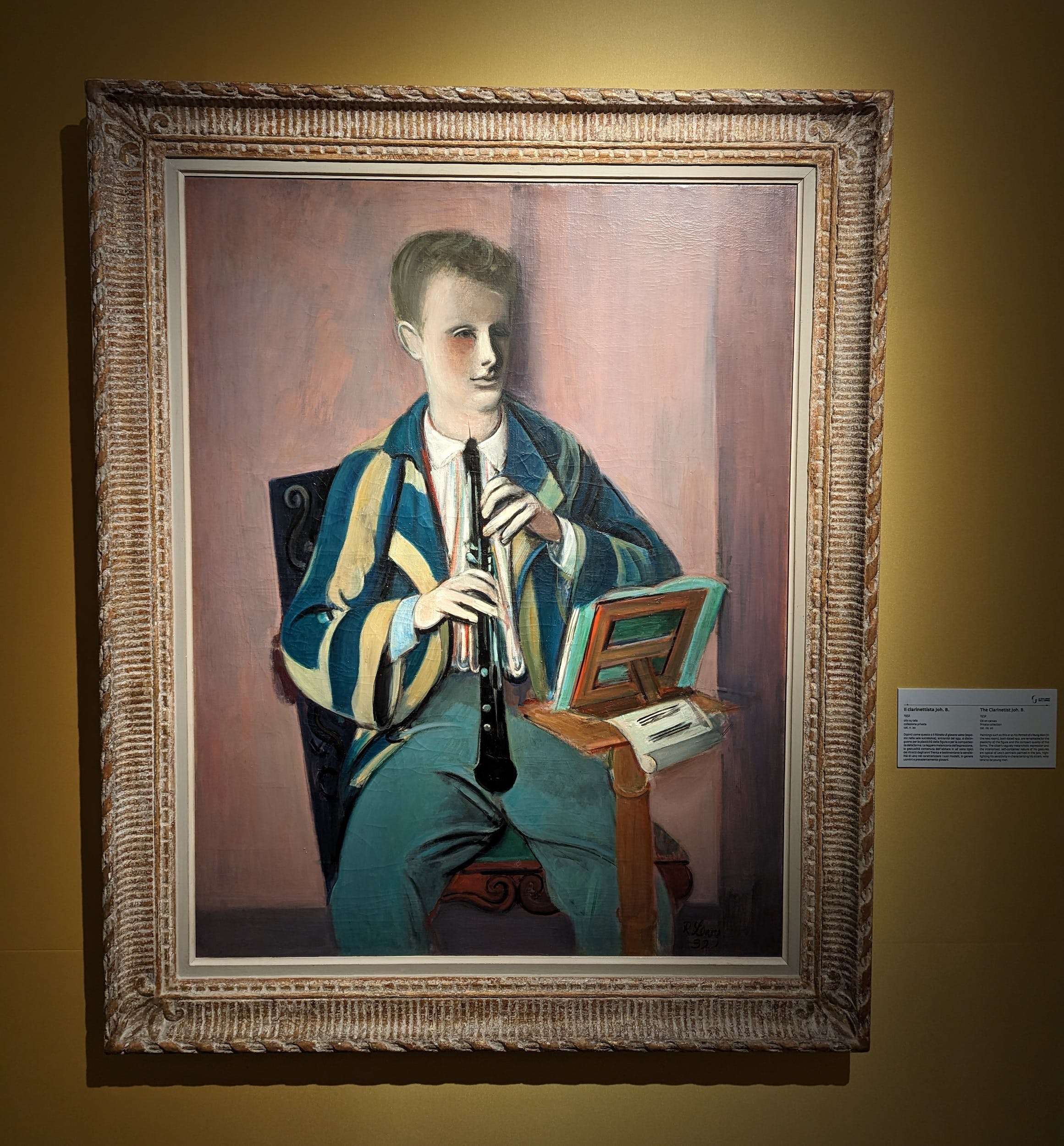 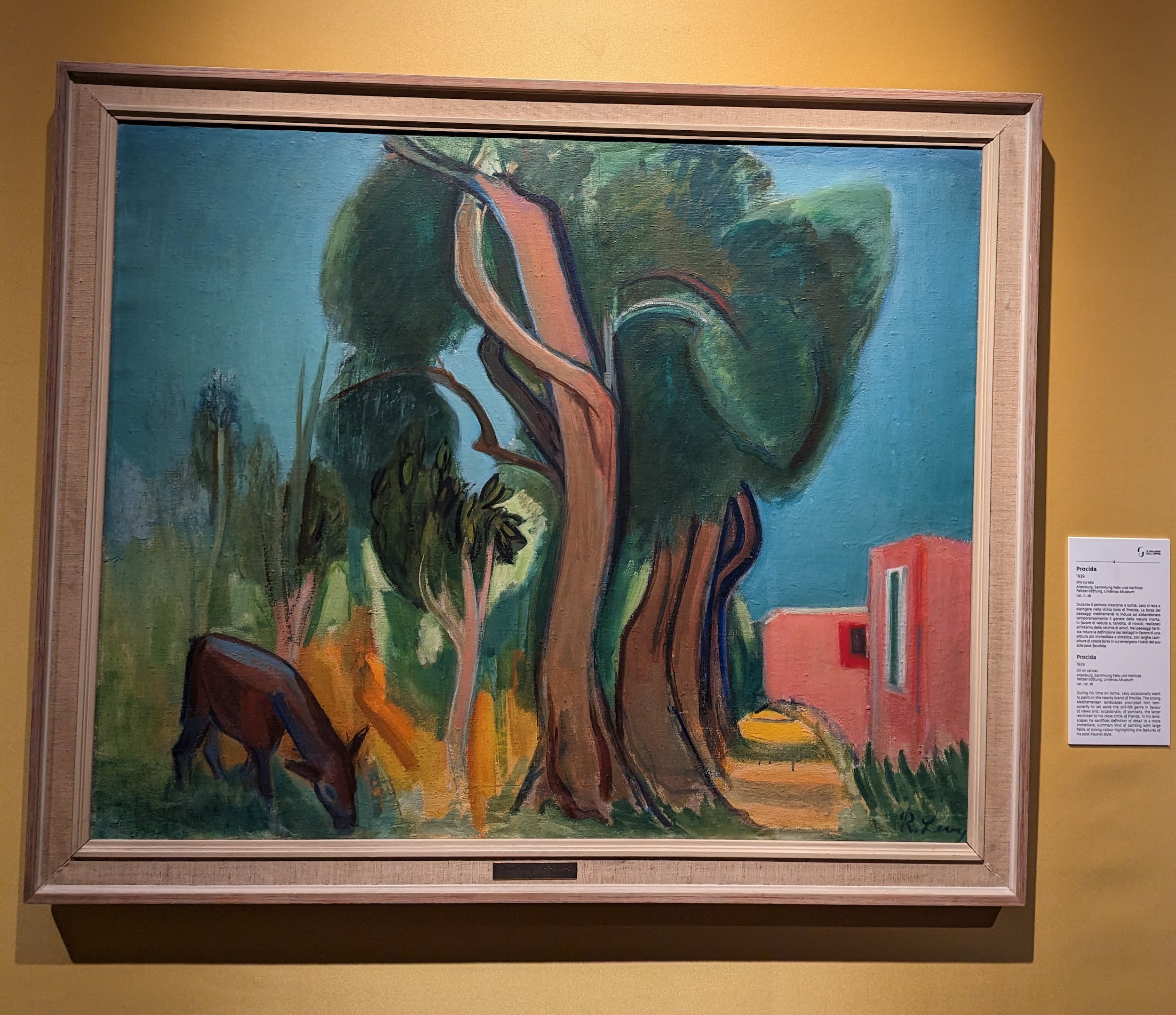 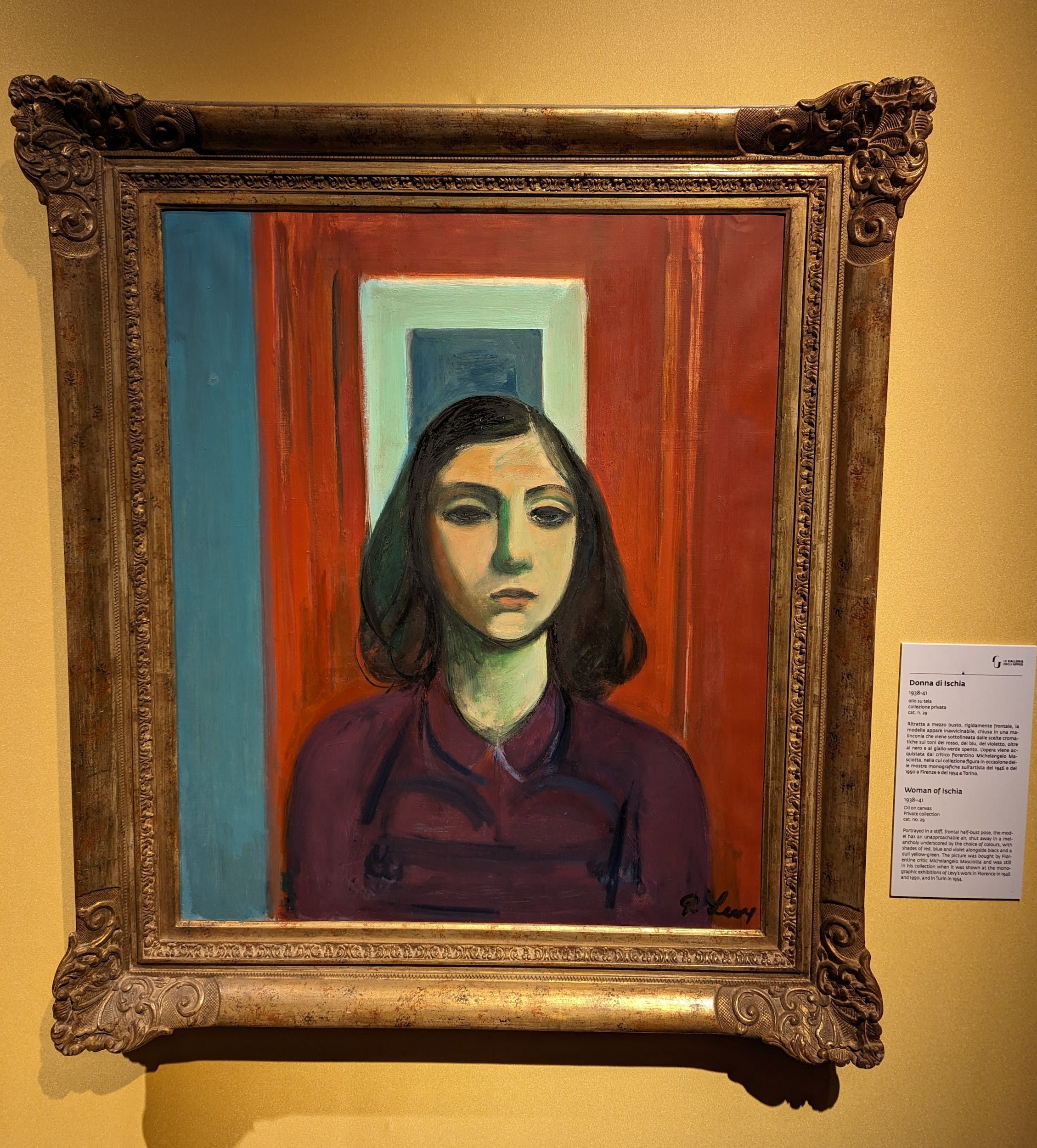 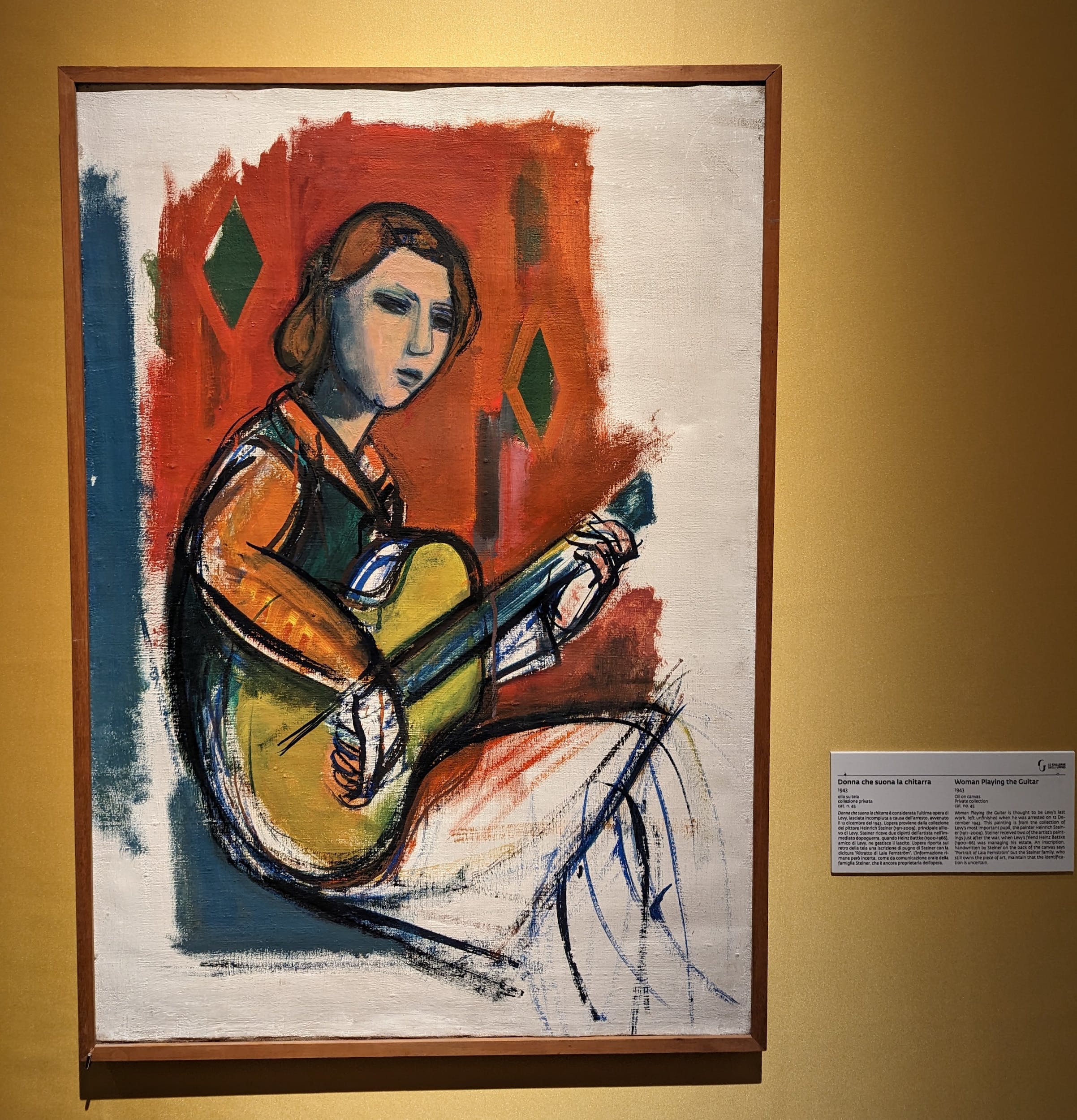 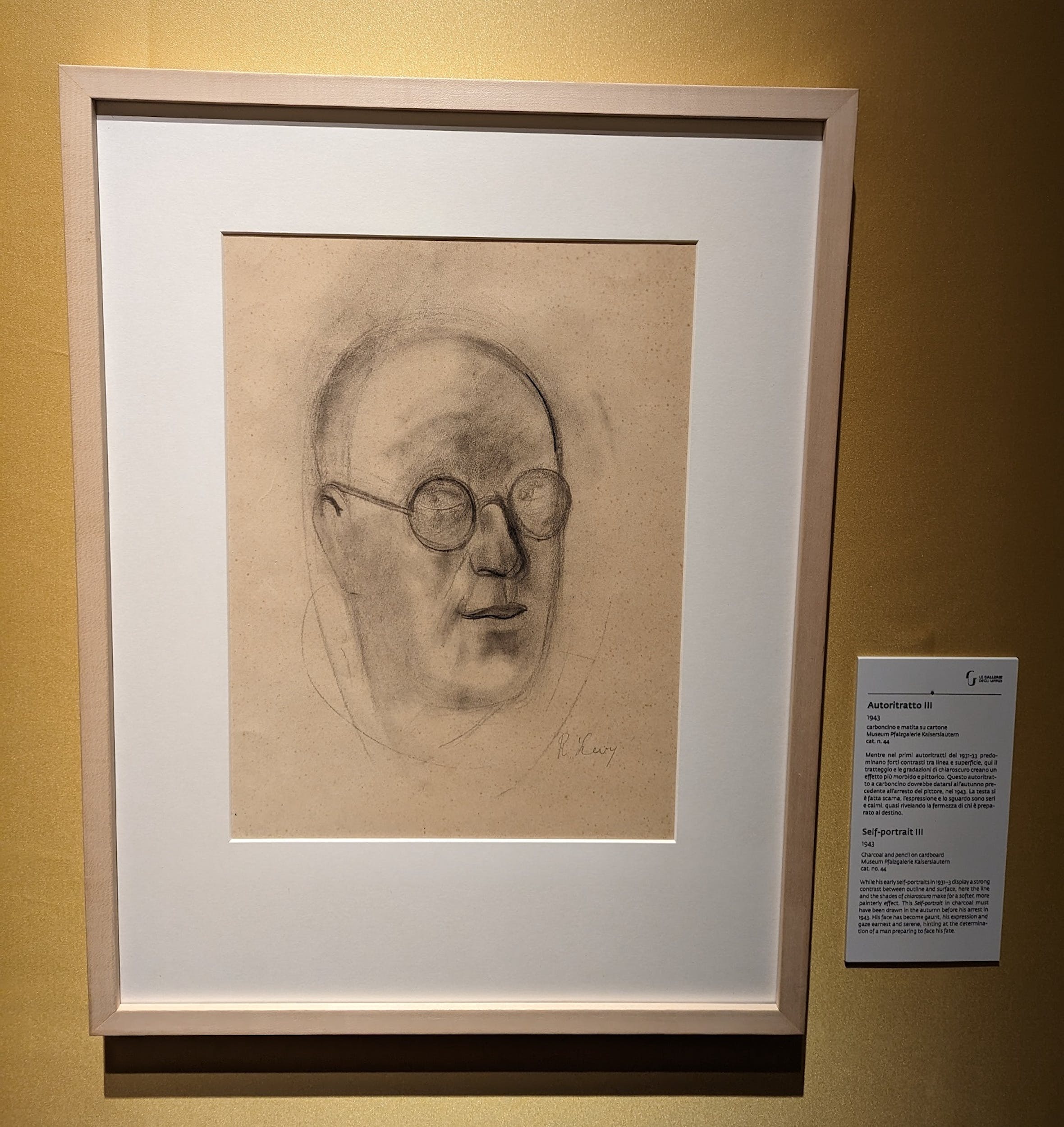 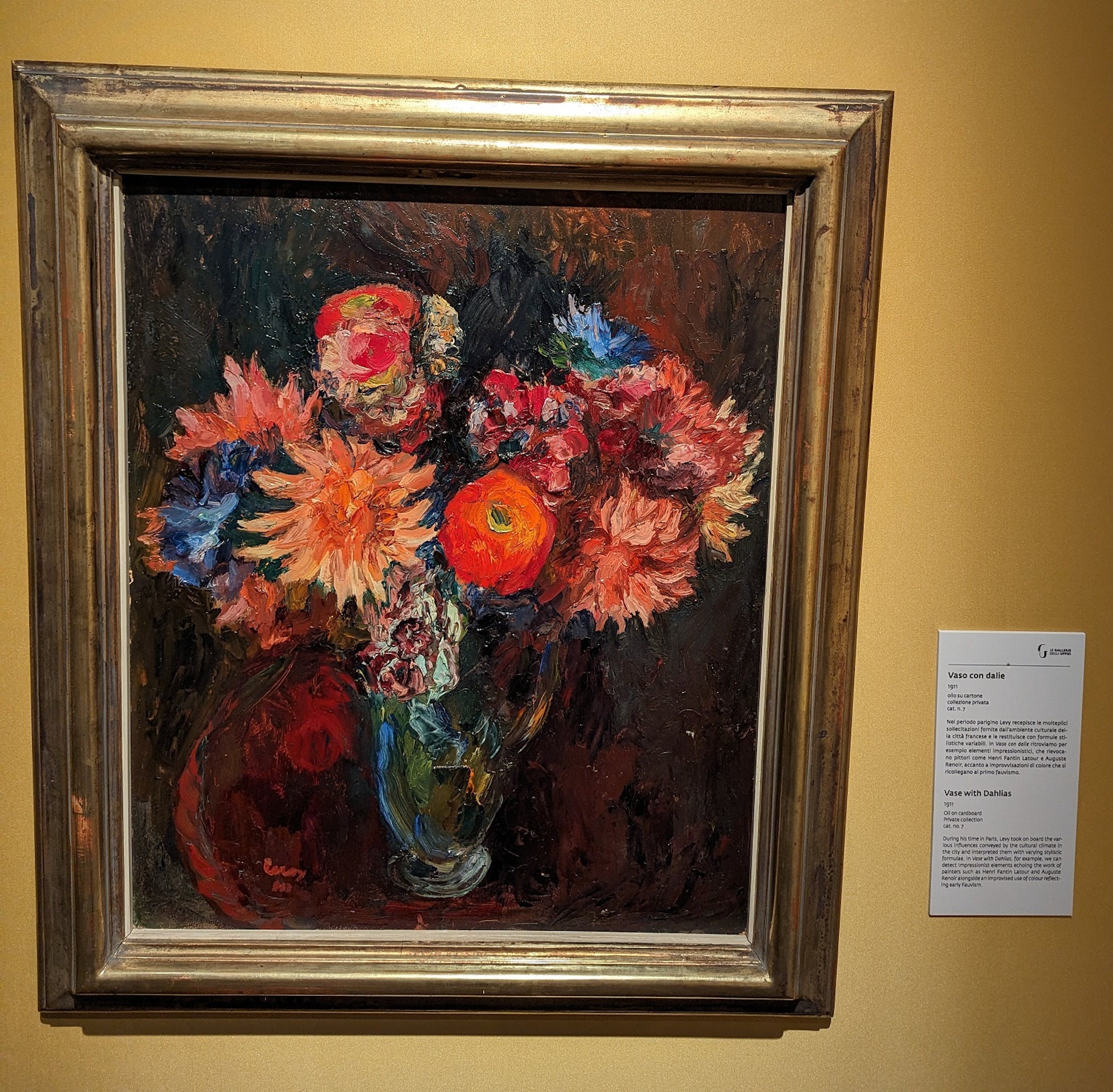 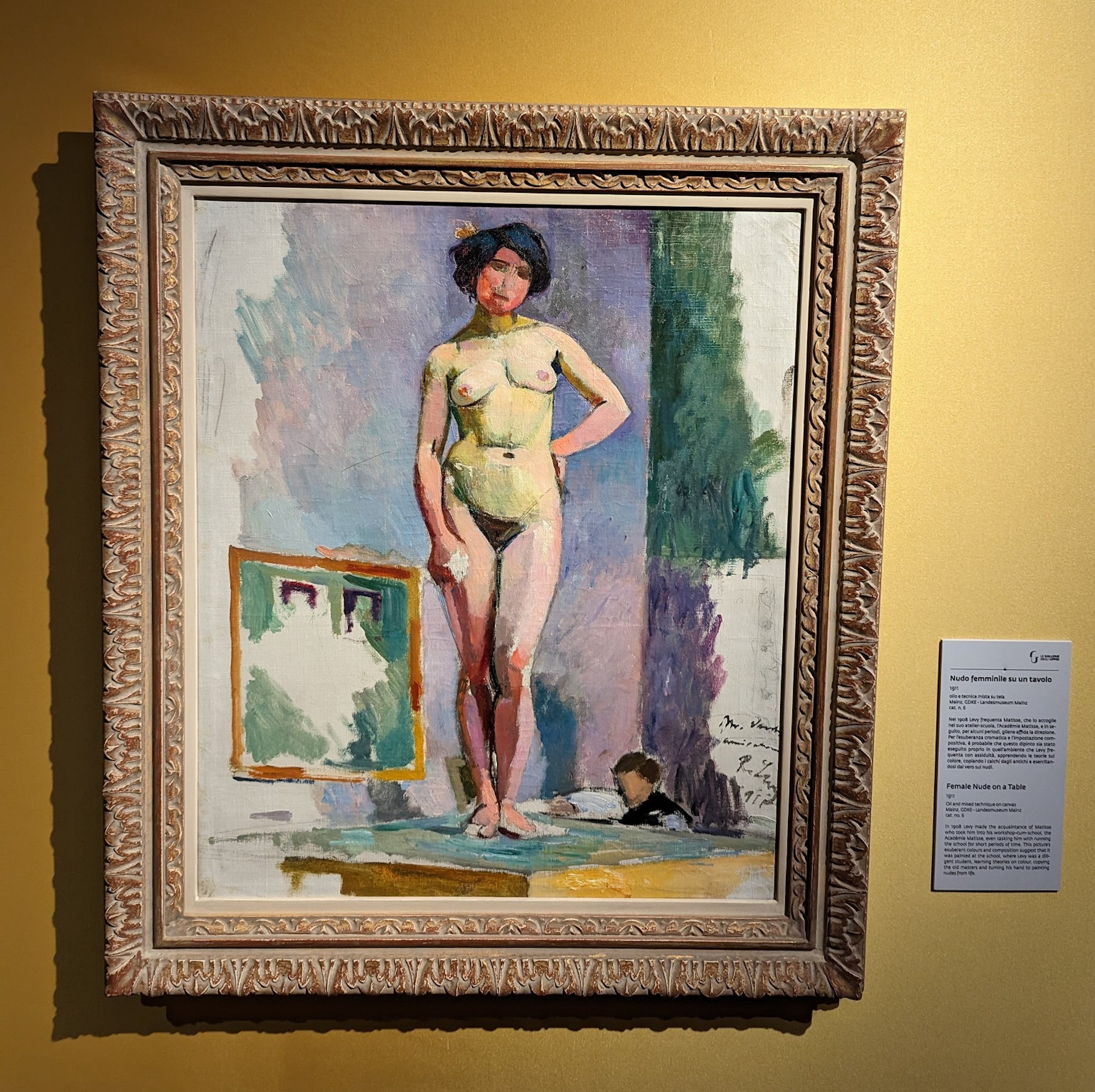 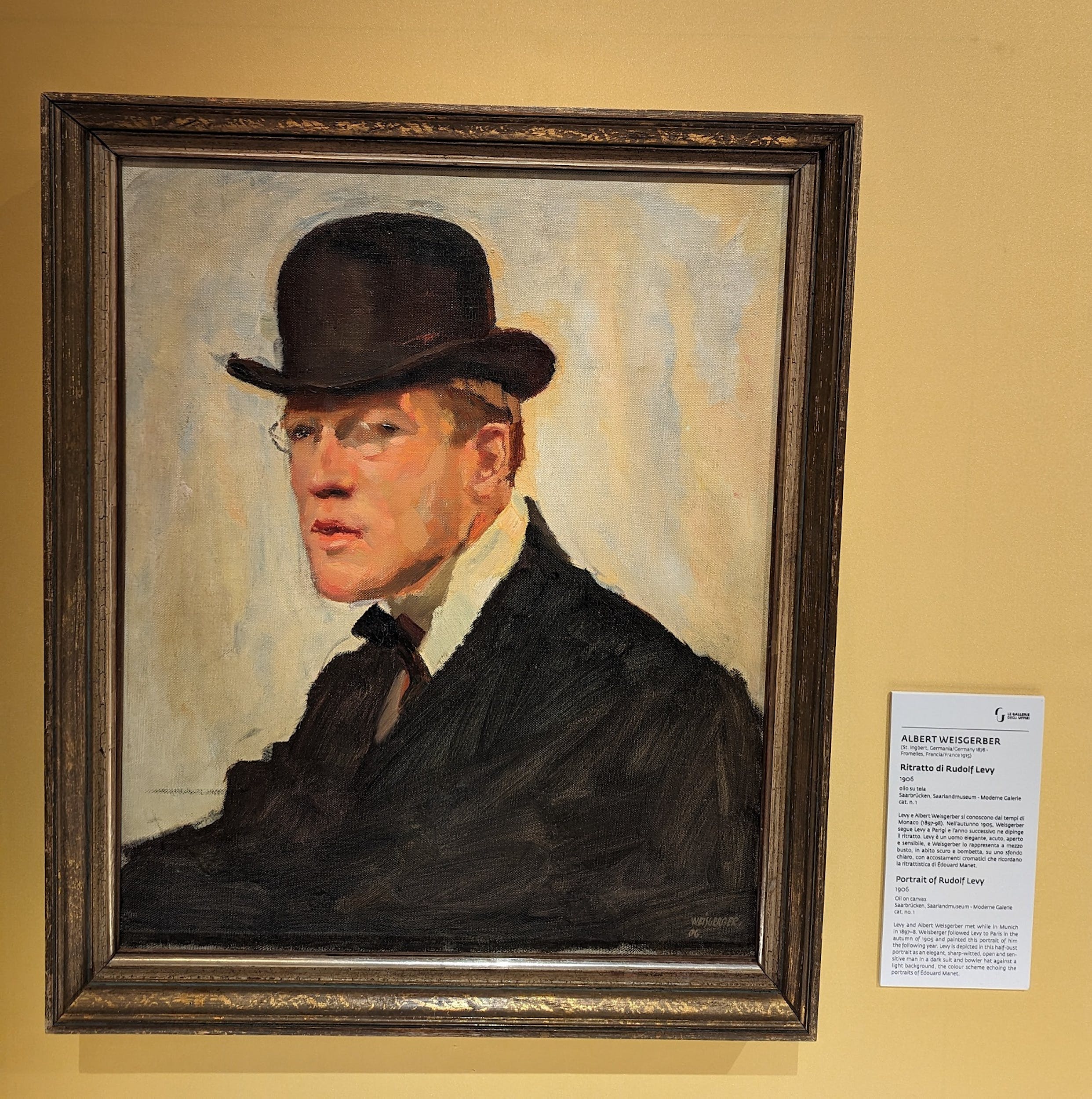 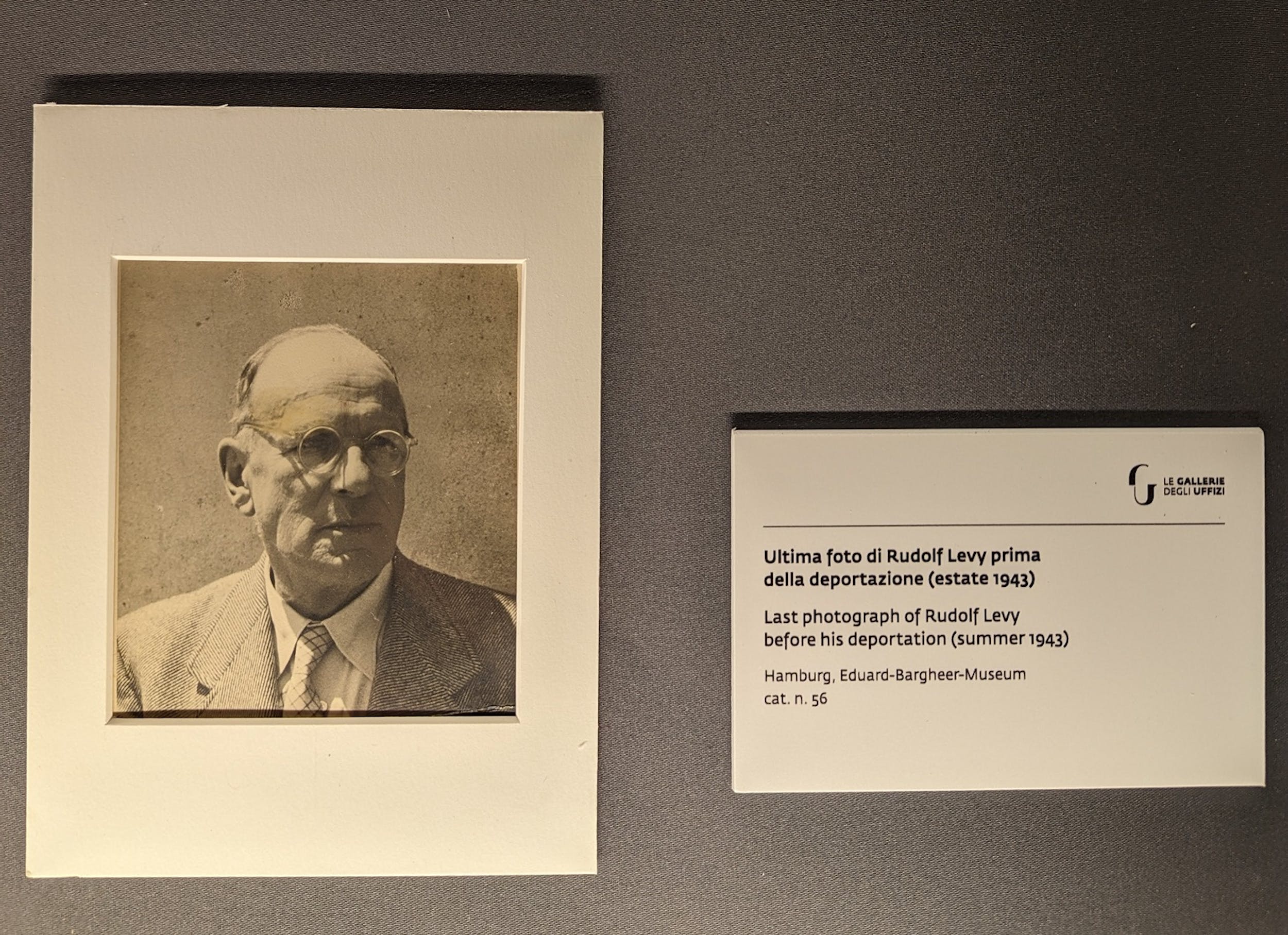 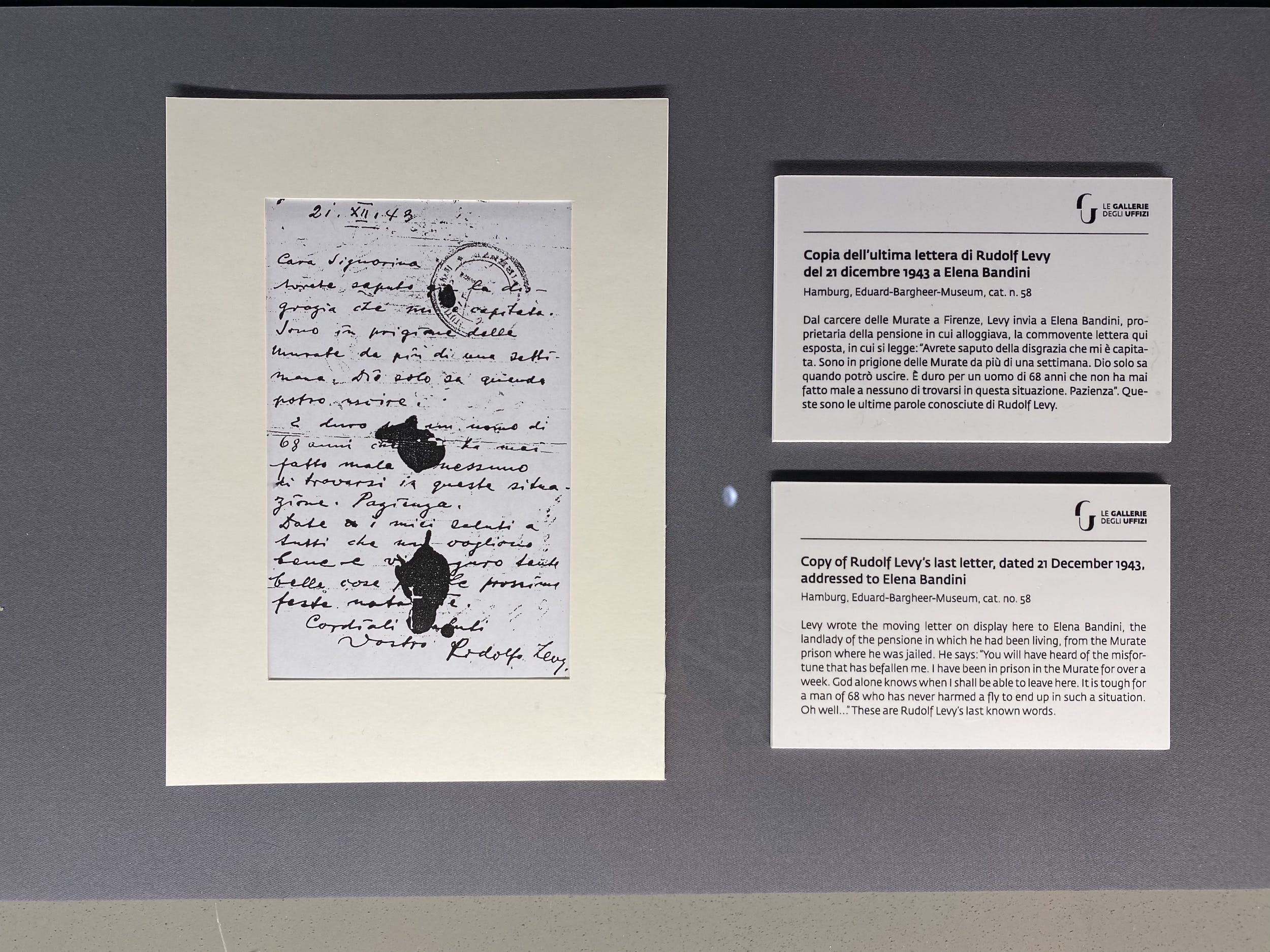 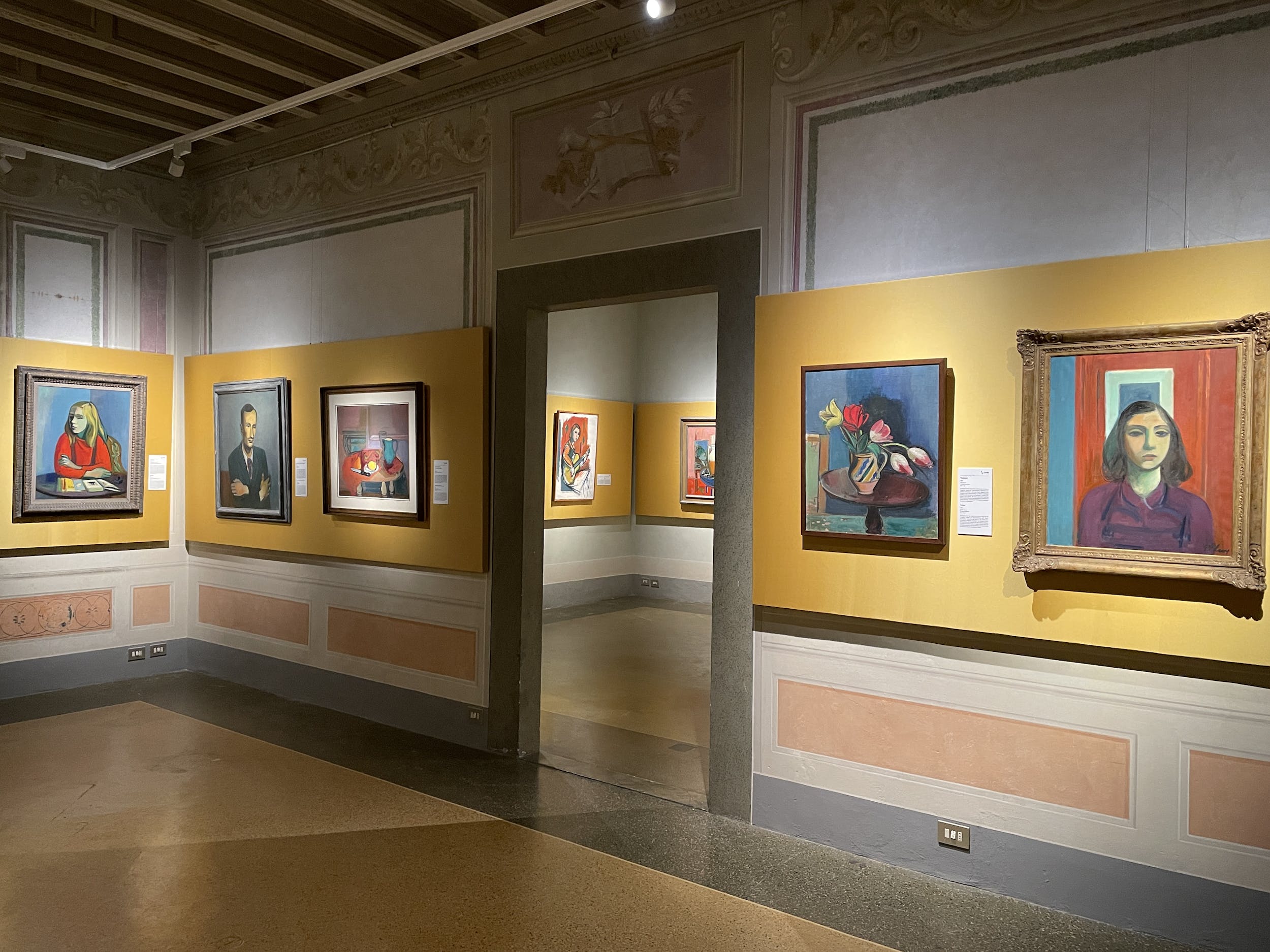 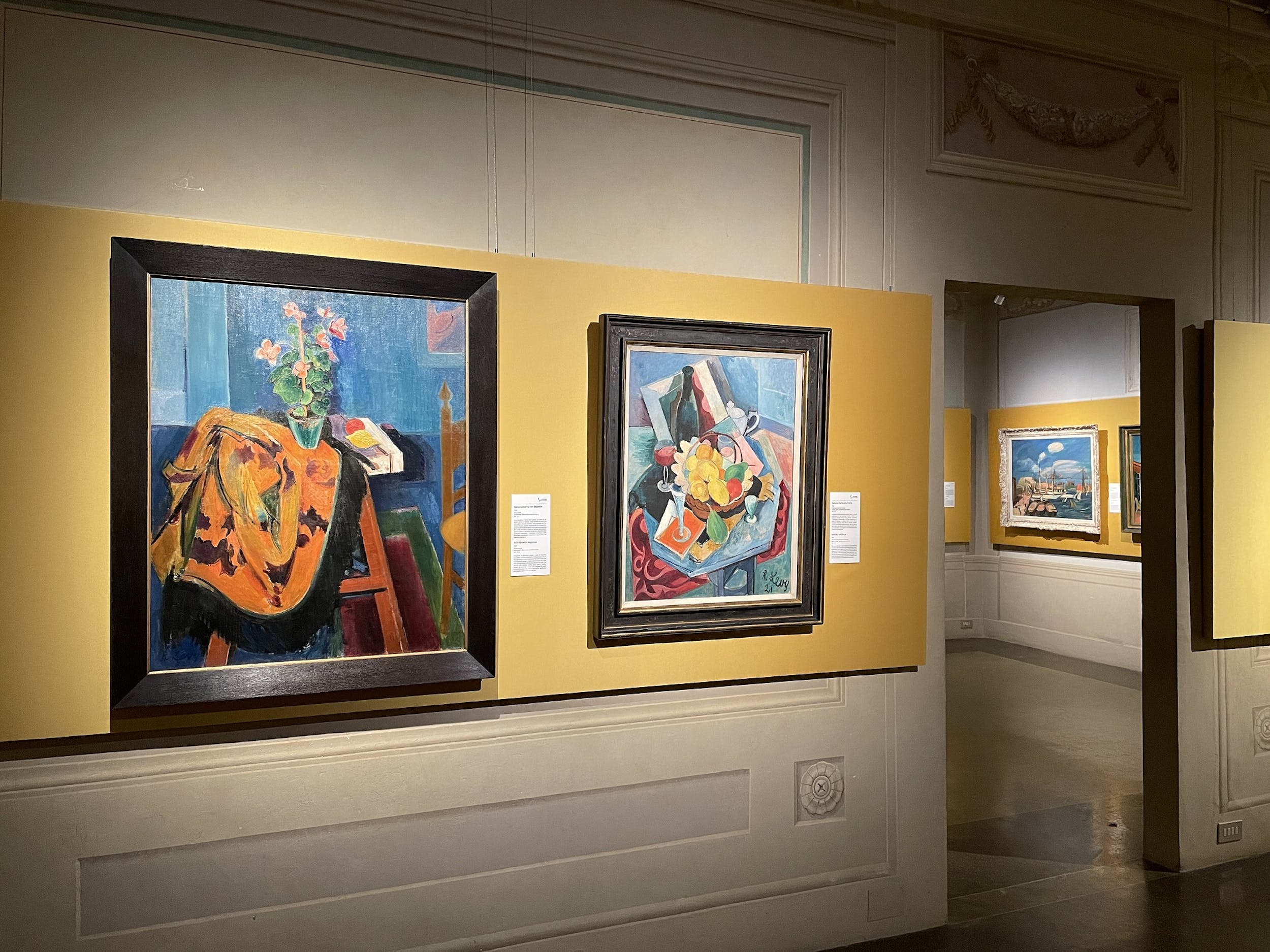