EventsExhibitions
Exhibitions | From 05/10/2021 to 16/01/2022, extended to 06/02/2022
A guest from Vienna. The portrait of Jacopo Strada by Titian
The absolute masterpiece by the Venetian master, on loan from the Kunsthistorisches Museum of Vienna, will be exhibited in the White Hall of Pitti Palace until January 2022

A new illustrious tenant will live in Pitti Palace: the Lombard well-educated antiquarian and scholar from the 16th century, Jacopo Strada, portrayed by Titian. Held in the art collections of the Habsburg family in Brussels and then in Vienna since the 17th century and today among the masterpieces of the Kunsthistorisches Museum in the Austrian capital, the work has been exceptionally loaned to the Uffizi Galleries for the exhibition titled ‘A guest from Vienna. Jacopo Strada by Titian’, set up in the White Hall of Pitti Palace from October 5, 2021 to January 16, 2022. Antiquarian, architect, goldsmith, writer, collector, art dealer, Jacopo Strada (Mantua, 1515 c. – Vienna, 1588) was undoubtedly one of the most culturally dynamic and polyhedric figures in 16th-century Europe. Born into a noble Mantuan family, he pursued humanistic studies in the shadow of the sophisticated cultural circle gathered around the Gonzaga court; then, in 1546 he moved to Germany, where he started a fruitful business as art consultant to the major collectors of the time, among which the powerful banker Jakob Fugger, the Emperor Ferdinand I of Habsburg and Duke Albert V of Bavaria. The numerous trips to Italy in search of ancient sculptures, medals, sketches and paintings by the masters of the Renaissance took him, in particular, to Rome and Venice, where in 1567 he tried in vain to purchase the collection of Senator Gabriele Vendramin, Titian’s friend and commissioner. The meeting with Titian and the realization of the painting now displayed in the White Hall of Pitti Palace date back to this occasion. It is one of the latest portraits made by Titian, who had long since abandoned this pictorial genre, in which he had proved great ability, which can be admired in his paintings held in the Palatine Gallery of the former Medici’s Palace, as well as at the Uffizi. Titian managed to interpret in an original way the personaility of the protagonist, renouncing to make him posing and rather choosing to depict a fragment of his life. Portrayed close-up, wearing an elegant red garment complemeted by a black velvet doublet, a gold chain, the sword and the fur on his shoulder, Jacopo is raising a little statue of Venus from a table where other ancient relics are placed: a torso, a bronze statue, coins of Roman Emperors. With a sudden movement, he turns his head to the right, looking firmy at interlocutors outside the scene, and Titian lets us perceive all the vitailty of that movement, both in the contrast between his arms and his face and in the intensity of his blue eyes. Many other precious objects, carefully arranged in the small environment, contribute to define an ideal scenography to celebrate the wealthy antiquarian. The books, a bronze sculpture of Hercules, a pomegranate, the sumptuous cartouche with a Latin inscription in which Strada is described as civis romanis (title conferred upon him by the Pope in 1555) and imperial “antiquarian”. The relationship with the Venetian painter, which was probably also a business relationship, is underlined also in the header of the letter in the foreground.

The exhibition establishes a dialogue between the portrait and a small ancient Venus carved in marbel, similar to the one Strada holds in his hands in the painting. This artwork, although of small size, boasts a long and prestigious collecting history. Archivial documents testify its presence in the shelves of the Tribuna since at least the beginning of the 18th century. Of the original ancient sculpture, the figure preserves only the torso and the upper legs. The fragment was likely integrated by a sculptor in the 16th century, who gave life to an image of the goddess Aphrodite, holding in her left hand the pome she is supposed to have received from Paris. 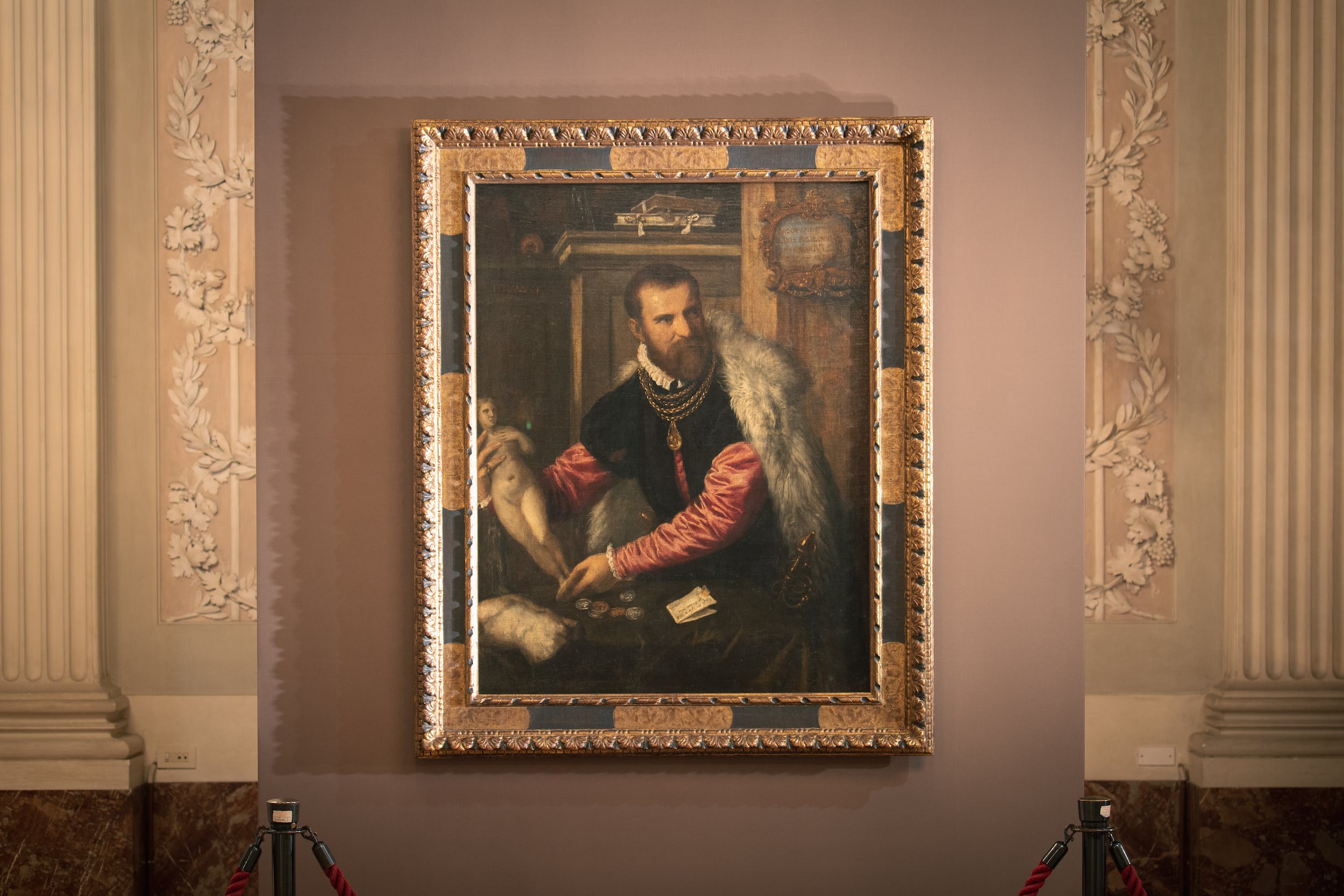 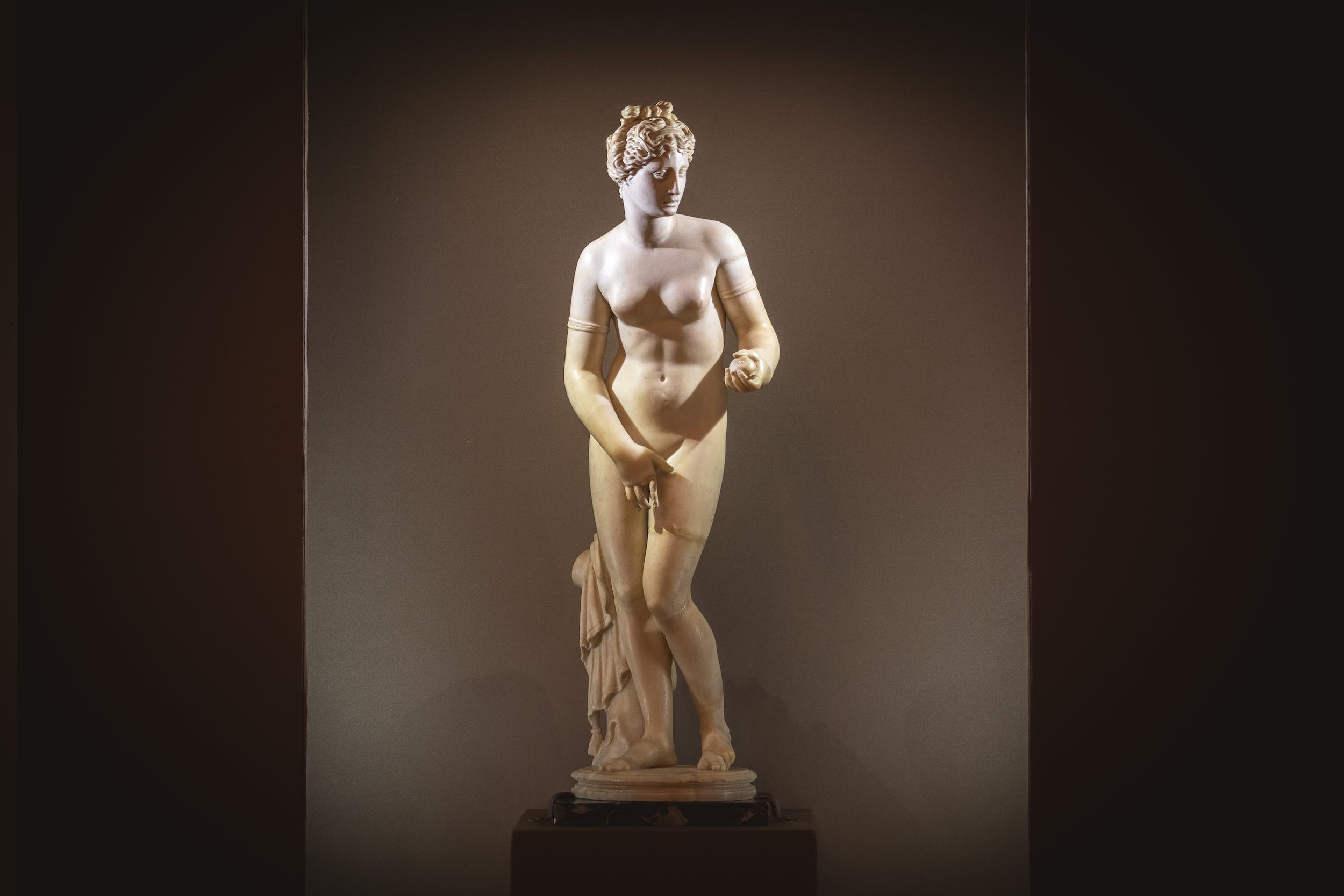 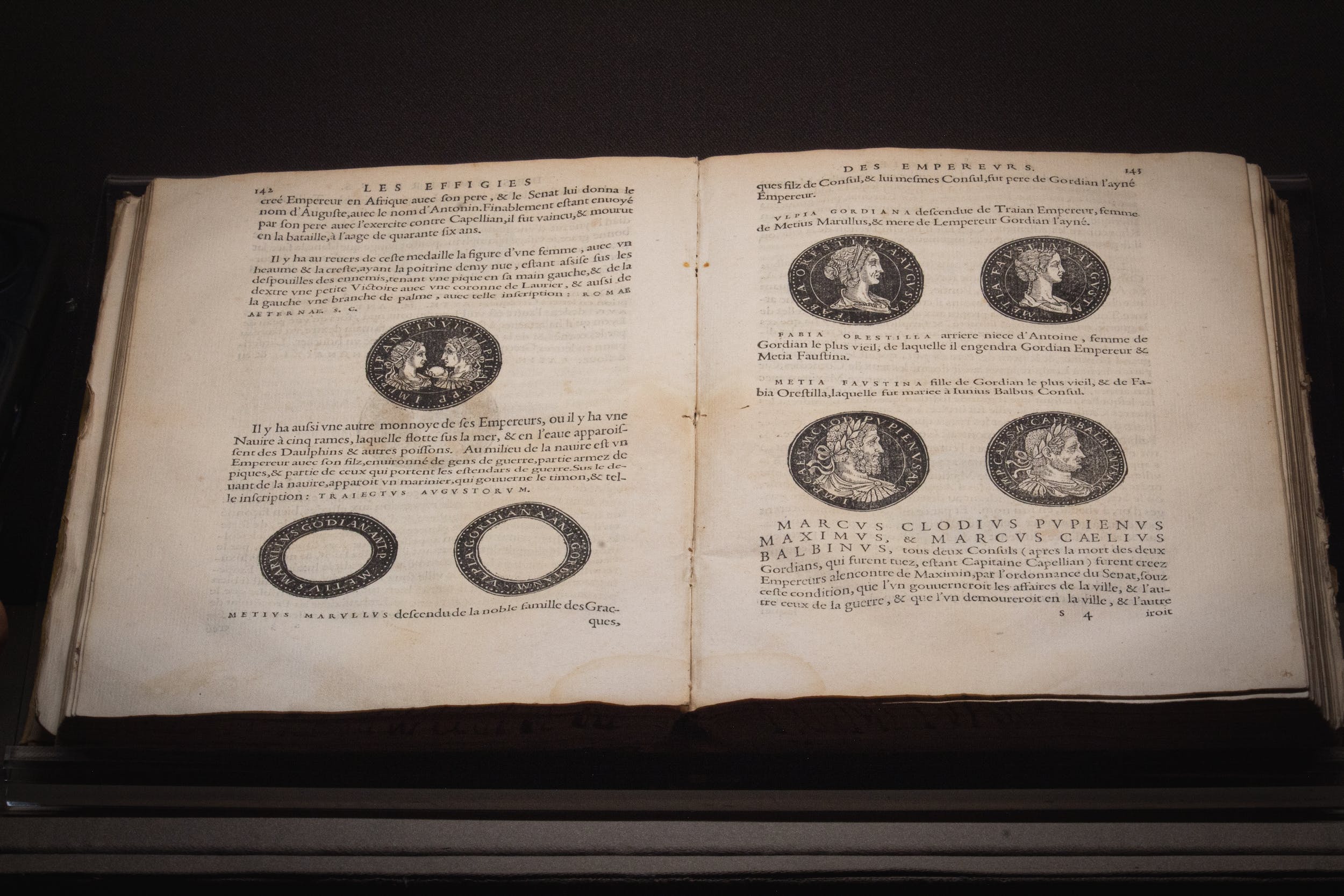 14th May: exceptional opening until 10pm