The eight rooms on the first floor of the eastern wing of the Uffizi opened with a new layout devoted to Caravaggio and the painting of the 17th century on February 19, 2018. The names of the eight rooms are evocative: Between Reality and Magic; Caravaggio and Artemisia; Caravaggio: Medusa; Caravaggio: Bacchus; By Candlelight; Rembrandt and Rubens; Galileo and the Medici; and  Florentine Epic. The lion's share obviously goes to Caravaggio, the unquestioned pivot of painting in a century characterised by strong passions, symbolism and often extreme innovation. The age’s passionateness determined the colour choice of red for the panels in the rooms along the corridor (in order to avoid intervening directly on Vasari's original colour scheme) and for the walls of the inner rooms (from 96 to 99). Not a flaming, over-the-top red but a red that is often found in the fabrics and decor depicted in the paintings of those years, developed on the basis of a textile sample of the period and manufactured with natural pigments already in use in the 17th century: a real yet almost “filtered” red, as one might say.

Uffizi Galleries' Director Eike Schmidt stated: "The new layout is based on a thematic and artistic approach designed to inspire and to stimulate the visitor's curiosity, carrying him or her back into the atmosphere of the time and into the history of the Medici's collections. The idea is to create an intellectual experience both for the non-specialist and for the expert. Thanks to the juxtaposition of paintings from Florence and the rest of Italy with pictures from northern Europe, we have recovered the international spirit informing the taste of the period, which was open to influences from every country."

"Between Reality and Magic", the first room, contains paintings by artists who were active in the 16th century but already paved the way towards a new artistic approach that left the Mannerist ideals behind. Also on view are highly unconventional, playful and even bizarre subjects such as Annibale Caracci’s Man with an Ape. Other works are exemplary of the learned culture suffused with symbolic meanings, which is characteristic of the region in which Caravaggio trained. This is the case, for instance, with the Dossi brothers’ Allegory of Hercules (once thought to be a scene of witchcraft) and with the enigmatic Witch Strangling a Putto of intensely discussed attribution.

The following room, "Caravaggio and Artemisia", is dominated by a biblical subjects, which revolve around the theme of violence. It showcases an extremely fine David and Goliath by Guido Reni, which will be facing Caravaggio's Sacrifice of Isaac as of June when it returns from the exhibitions in Milan and in Forlì; until then, the gap will be filled by an ancient copy of Caravaggio's Incredulity of St. Thomas, which was already documented in the collection of Carlo de’ Medici by 1666. This room also houses Artemisia Gentileschi's Beheading of Holofernes, one of the Uffizi’s most famous paintings.

In the room dedicated to Caravaggio's Medusa, a magnificent painted parade shield is displayed in a new case against the backdrop of a large red panel. On the walls, in addition to Cecco Bravo's Armida, a recent donation from the Friends of the Uffizi, it is worth highlighting the presence of a Roman statue of Minerva with the head of the Gorgon on her breast, and a painting of the Gorgon's head crowned in writhing serpents painted by Otto Marseus van Schrieck but attributed in past centuries to Leonardo da Vinci and thus formerly admired by countless travellers as one of the most celebrated paintings at the Uffizi.

The next room is devoted to still-life. Surrounding Caravaggio's Bacchus we find two Larders by Empoli, a vase of flowers by Carlo Dolci and a still-life by Velázquez clear echoing the work of Caravaggio.

"By Candlelight" is the name of the next room, which is given over to the depiction of candlelit scenes. In the centre, a Nativity by Gherardo delle Notti (Gerard van Honthorst) in which the light appearing to model the figures in the scene is actually emanating directly from the Christ Child; around it, a number of genre paintings by Bartolommeo Manfredi, Mathias Stamer's Annunciation and Bartolomeo Manfredi's Roman Charity.

Works by the greatest masters of European painting of the period follow in the next, especially large room. The faces portrayed by Rembrandt, Rubens and Van Dyck in small- and large-format paintings form a succession of rightly famous works which, brought together in this way, comprise a breathtaking group full of cues prompting a reflection on the great painting of the 17th century, which was primarily European on account of the lively circulation of ideas and of the many, ongoing contacts among artists and patrons who cared little for national borders or boundaries.

European portraiture goes hand in hand with Florentine portraits: pride of place in the following room goes to the Portrait of Galileo Galilei and to a monumental triple portrait of Cosimo II, Maria Magdalena of Austria and their son Ferdinando II, both by Justus Sustermans.

In the last room in the tour, "Florentine Epic", we find a spectacular Rinaldo and Armida by Cesare Dandini inspired by Tasso's poem, and a small, precious St. Catherine of Alexandria by Francesco Furini. Literary themes taken from Ludovico Ariosto's Orlando Furioso and Torquato Tasso's Gerusalemme Liberata were far and away the most popular subjects in Florence in the first half of the century. They were popular both on account of their nature as modern mythological fables and for their moral symbology, which people read into the stories of the heroes and heroines of both those chivalric poems. 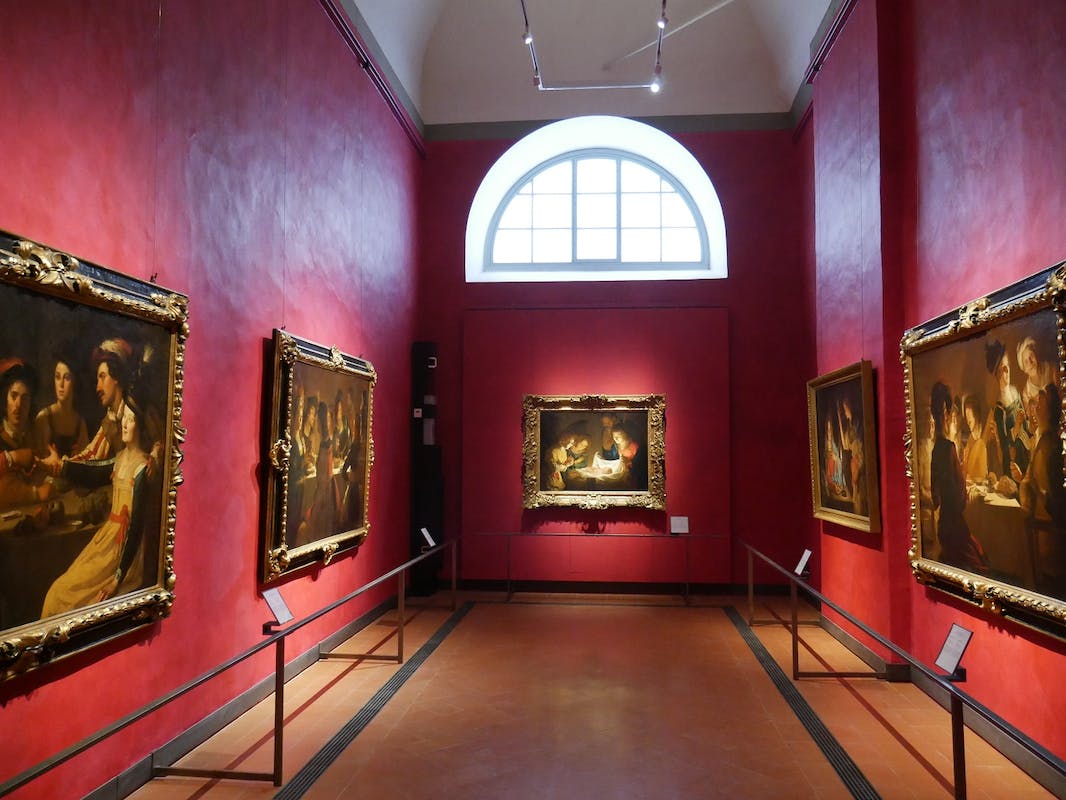 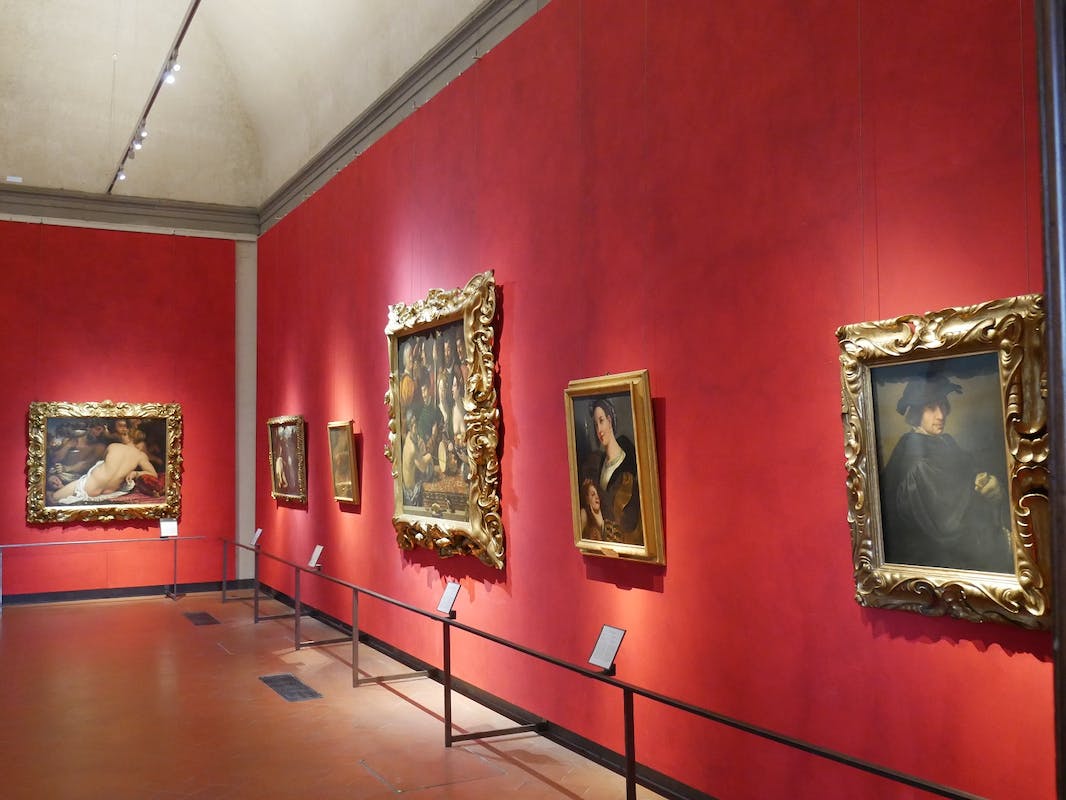 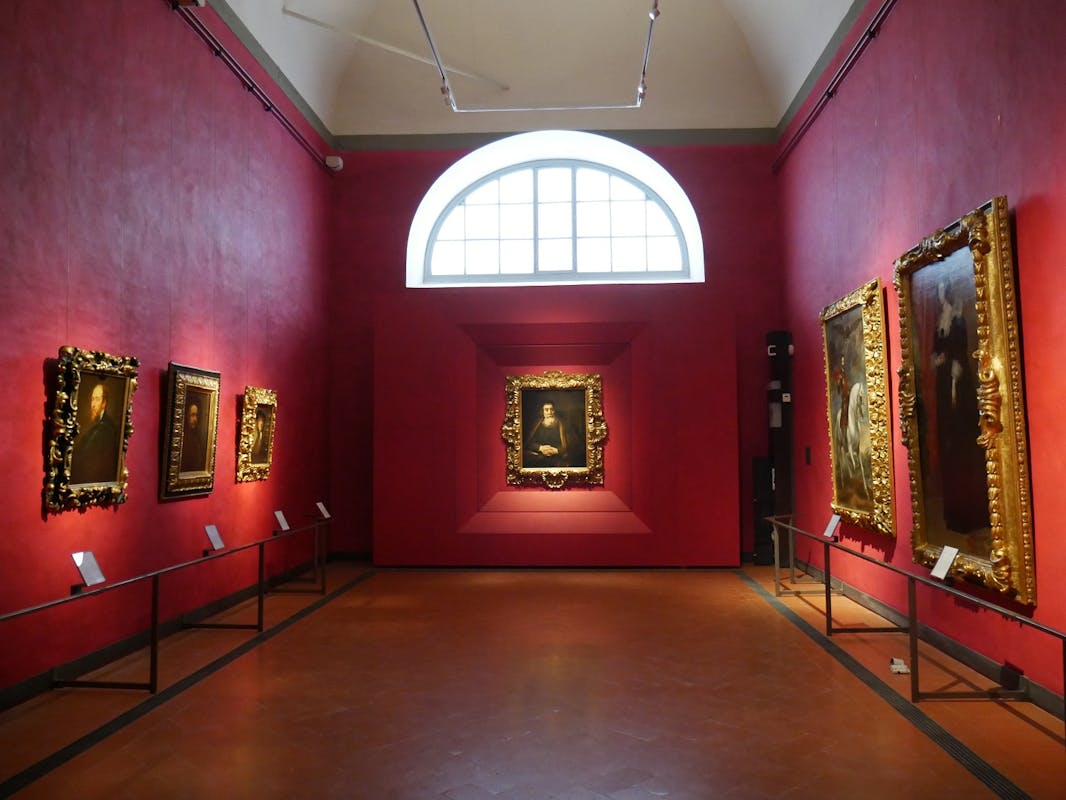 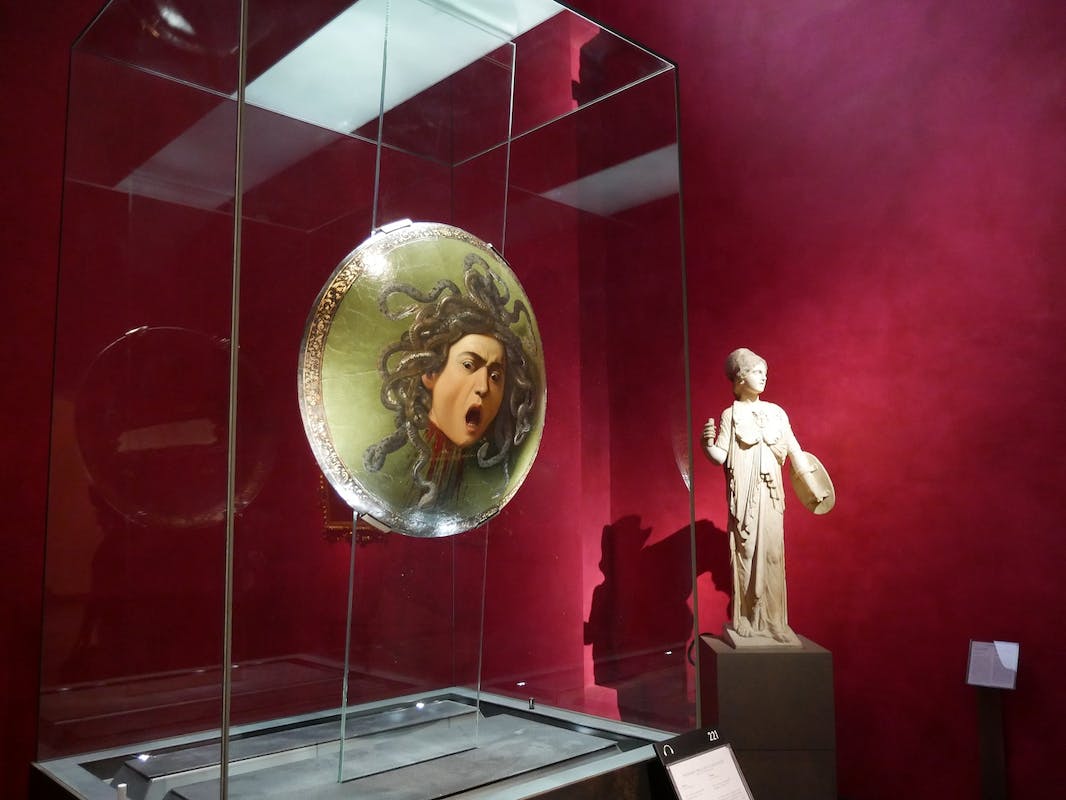 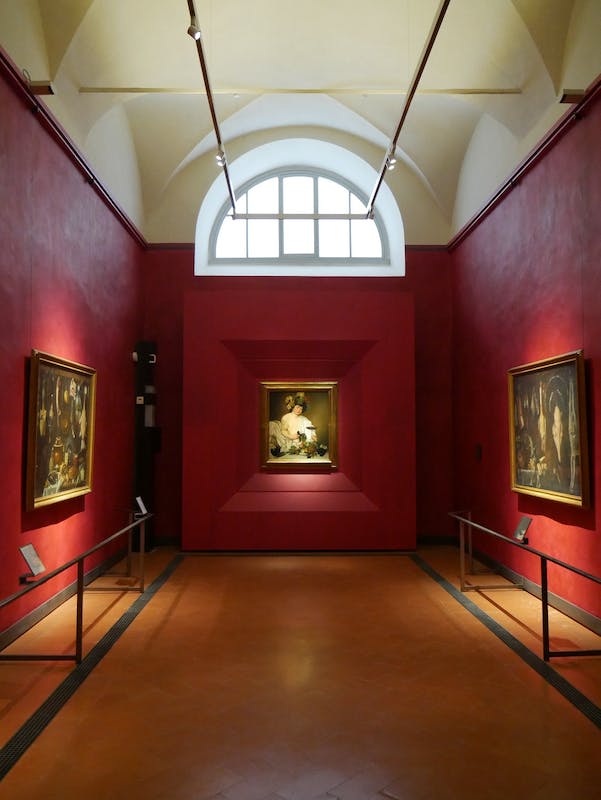 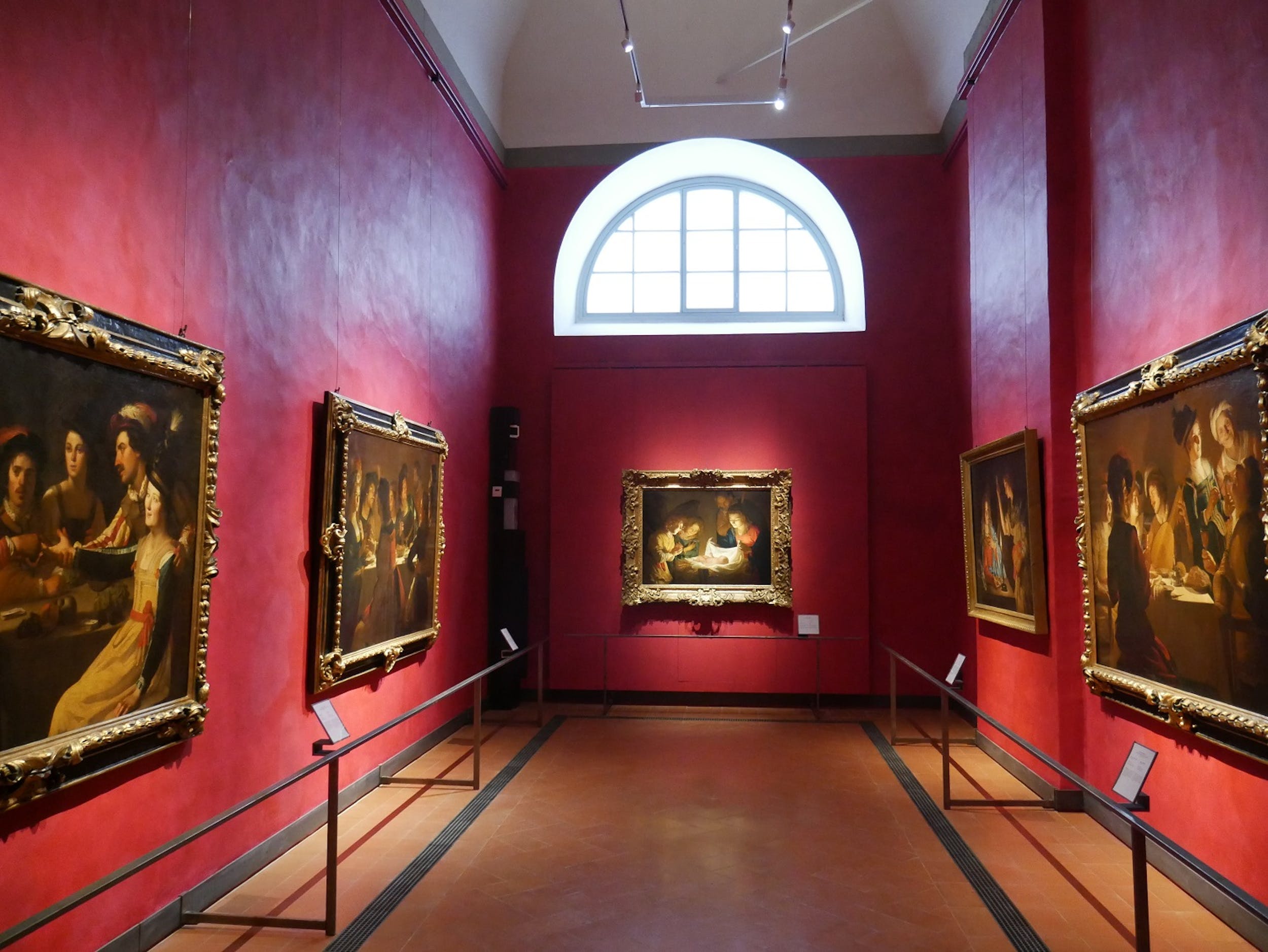 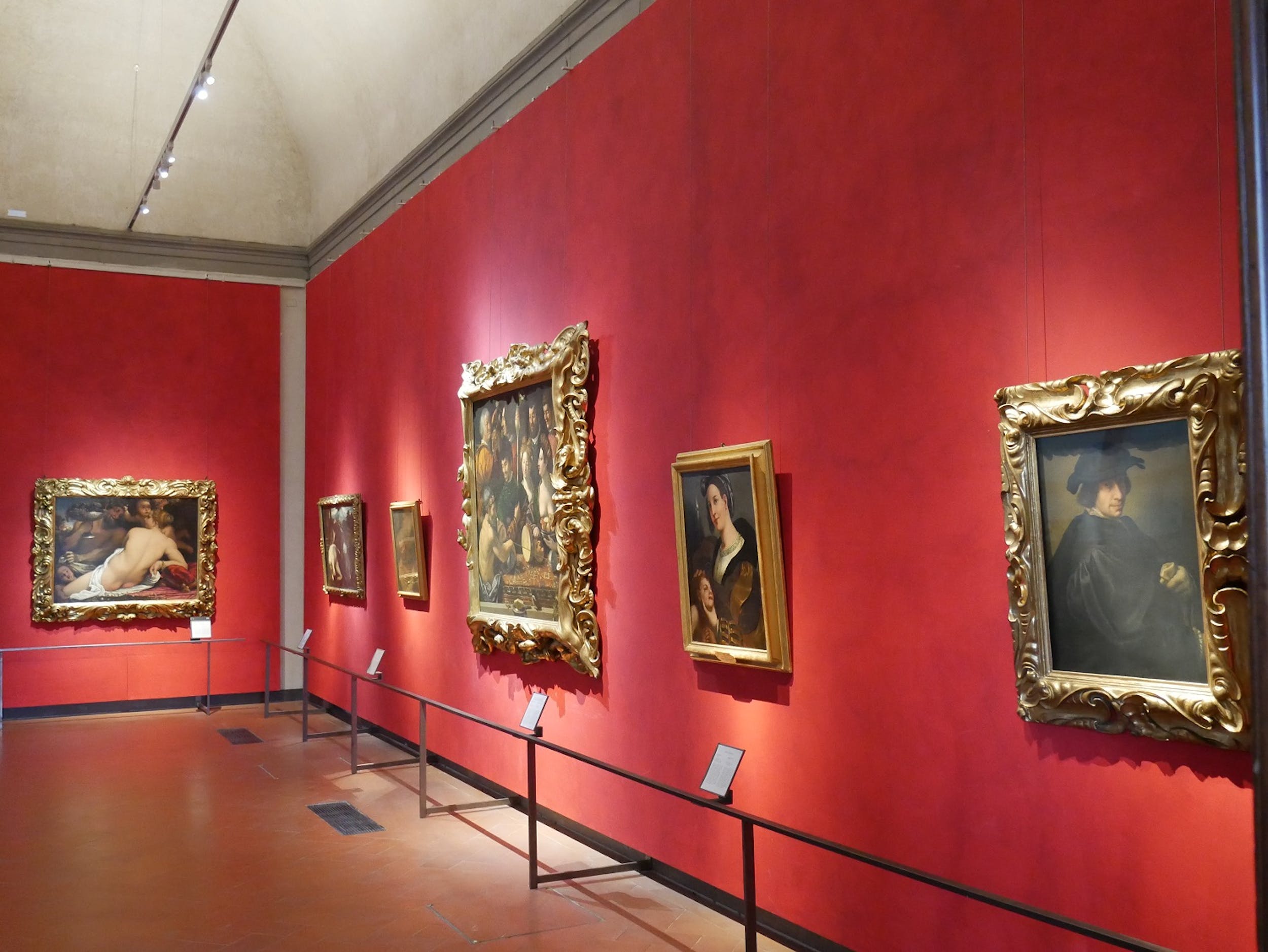 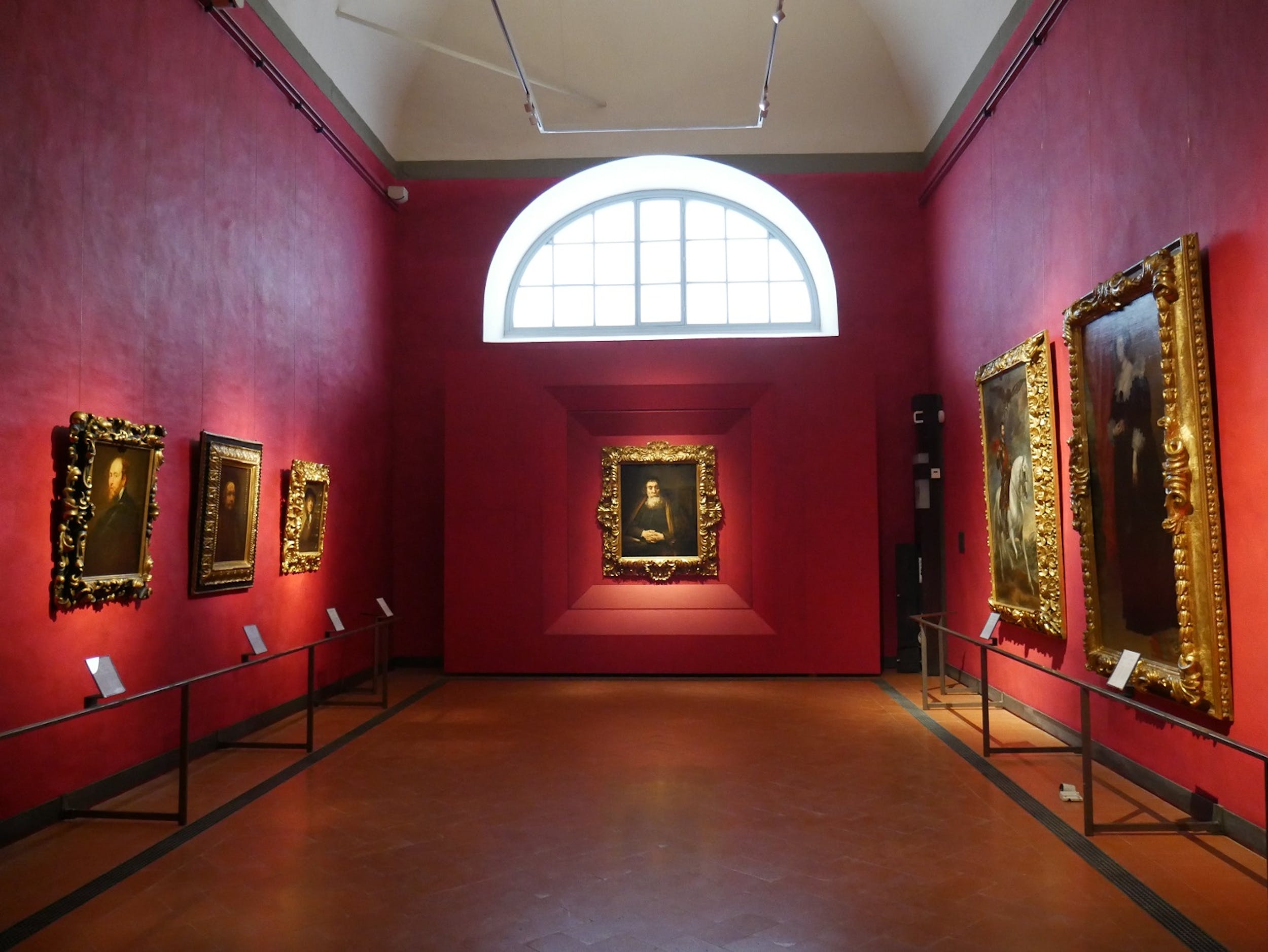 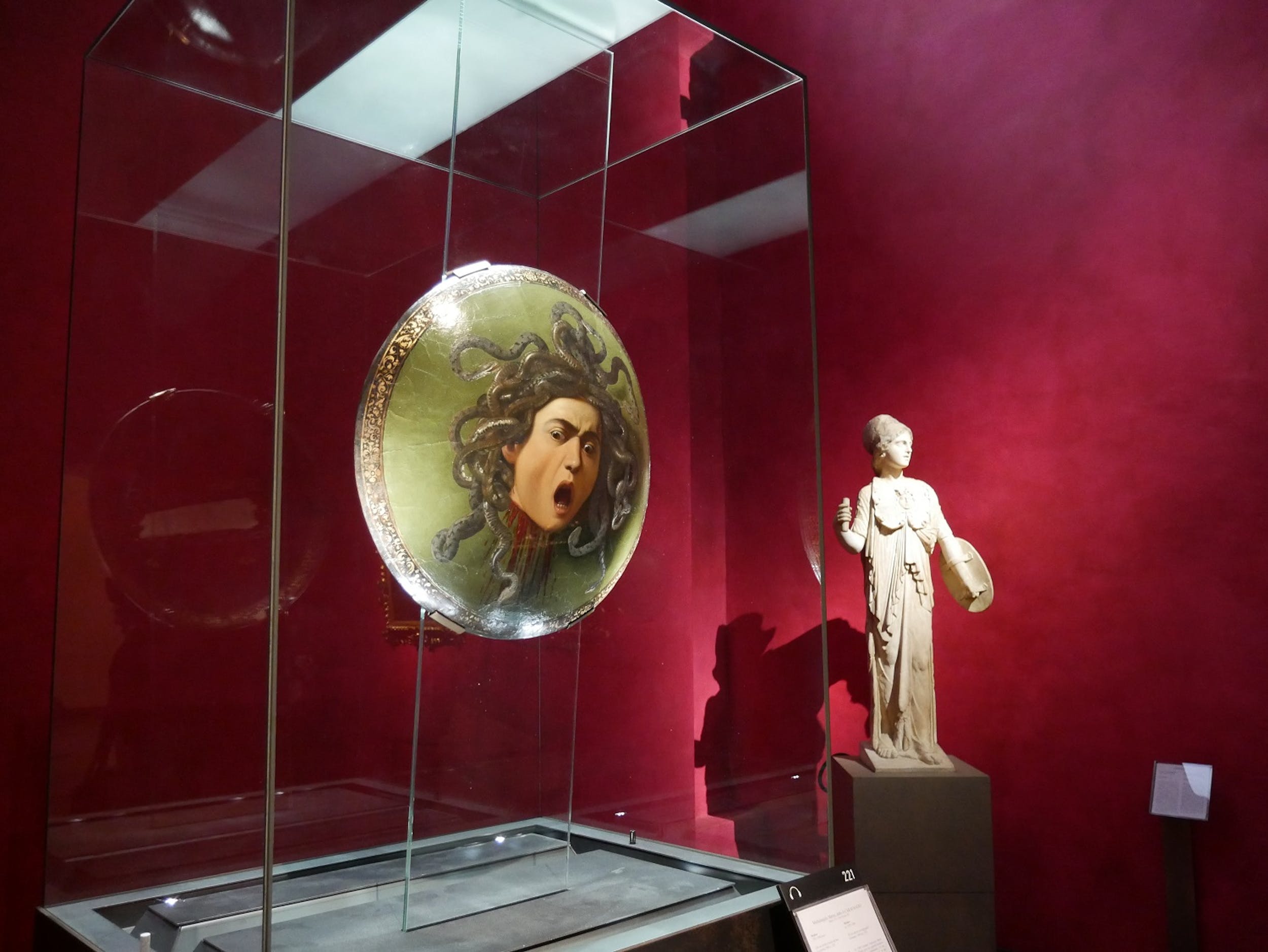 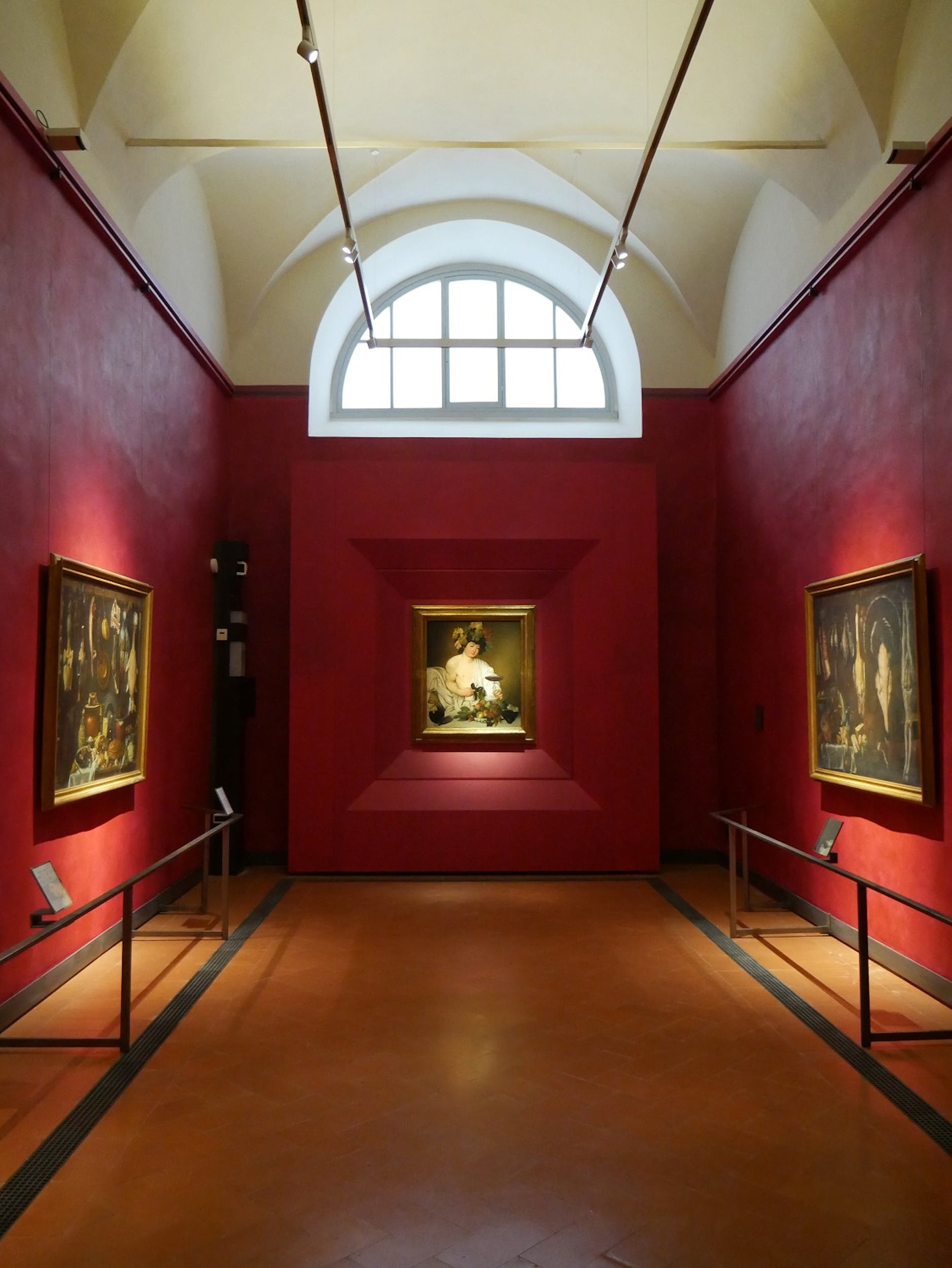 From Tuesday to Sunday