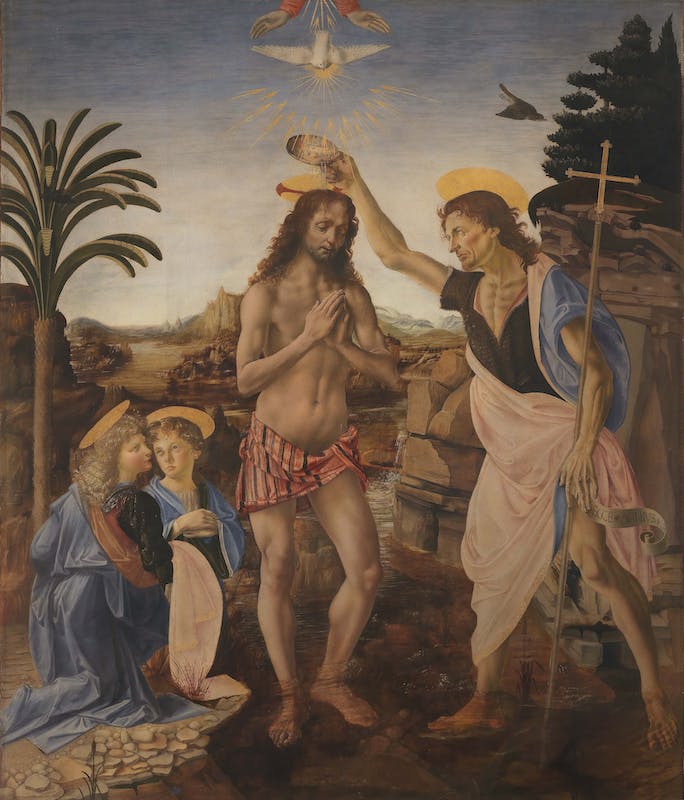 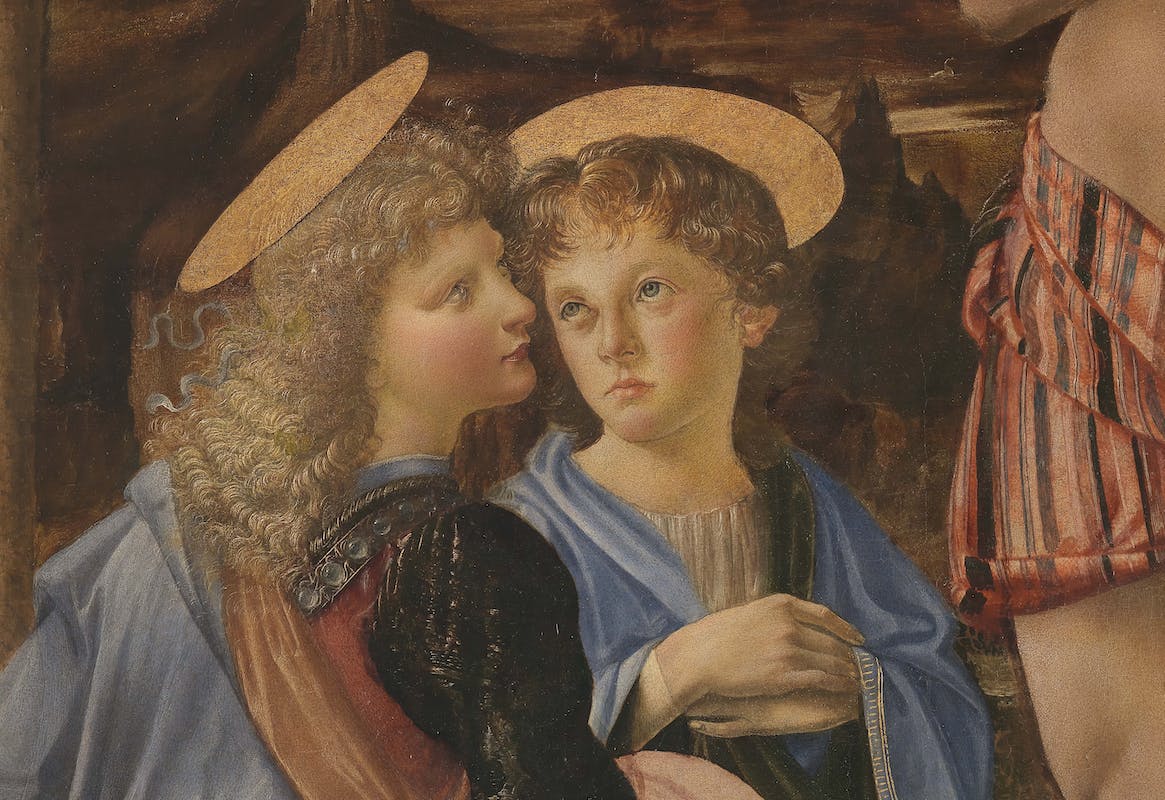 On the banks of the River Jordan in Palestine, Jesus is being baptised by St John, who is wetting Christ’s head with water. St John the Baptist is holding a slender cross and a scroll inscribed with the announcement of the Saviour’s advent:  ECCE AGNUS DEI [QUI TOLLIT PECCATA MUNDI] ("Behold the Lamb of God who takes away the sin of the world." Gospel according to John 1, 29). Also present at the event are two kneeling angels, one of whom is holding Jesus’ clothes.

In the mid-16th century, historian, Giorgio Vasari narrates that for the execution of the painting, Andrea del Verrocchio was helped by a young pupil, Leonardo, who painted the figure of the angel on the left with such skill that he upset the older Verrocchio. Current studies are orientated towards considering Leonardo’s interventions to be more extensive, including the charming riparian landscape, golden light and the figure of Christ. It was usual, in 15th-century artist’s studios, for the studio head to design the piece, leaving the secondary parts to be painted by pupils and collaborators. It is likely that on the panel with the Baptism of Christ, as well as Verrocchio and Leonardo, another, older painter also worked on the piece. This is suggested by the less developed nature of some detail, such as the hands of God and the dove of the Holy Spirit, above. Leonardo’s angel stands out for the articulated pose of its body, where it is possible to see the shoulders and the young face, as if it were turning round, together with the natural drapes of the light blue robe.