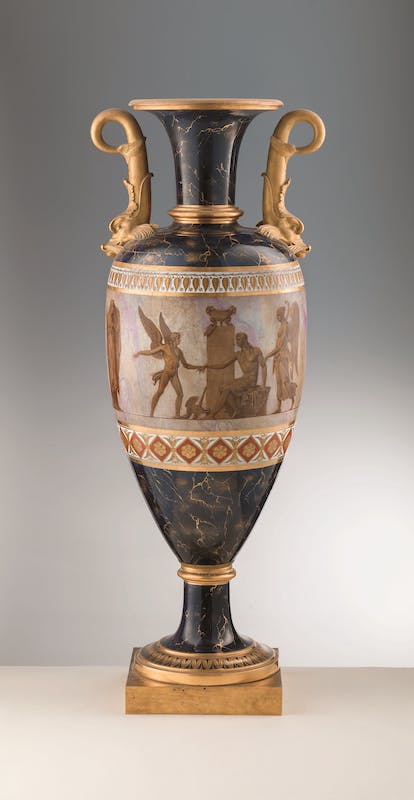 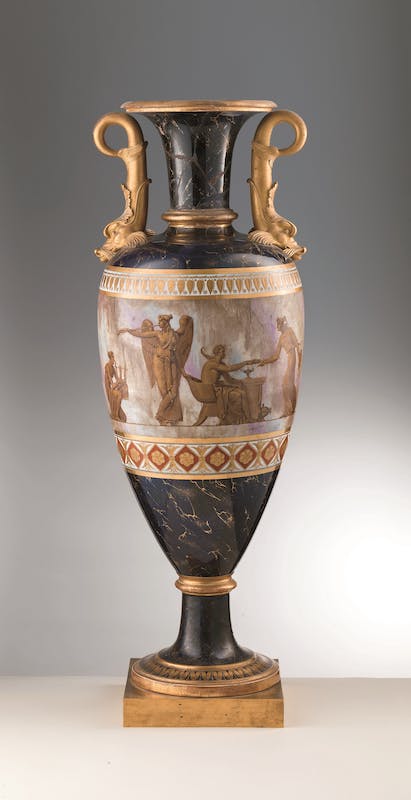 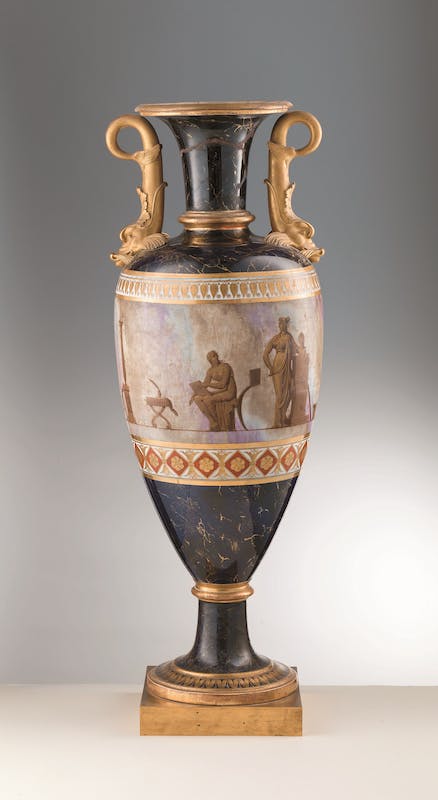 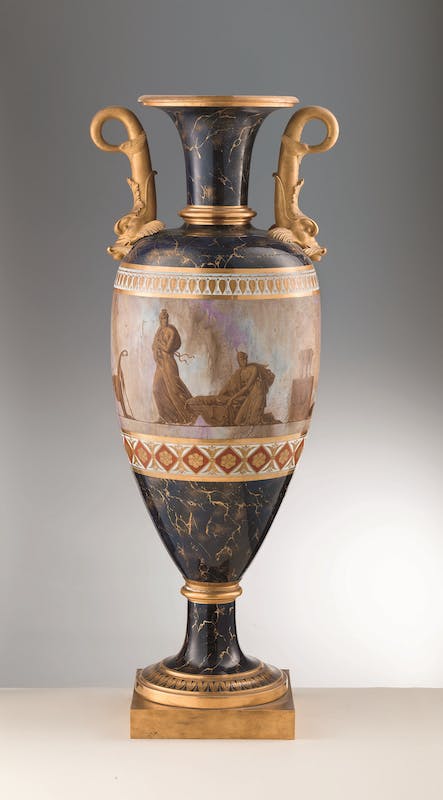 The shape of the vases evokes that of ancient amphorae, which the architect and decorator Alexandre-Théodore Brogniart took as an example when, around 1800, he designed the model for the Sèvres Factory, in conjunction with the appointment of his son Alexandre as director of the same. During the management of the latter, a production of enamels in imitation of semi-precious stones was started in the factory, evident in these vases, which enjoyed particularly prestige also for their shape, as evidenced by both the production in four different sizes and the variations made during the 19th century. The classical taste of these specimens is also revealed by the choice of decoration, which with a continuous narration develops along the body, re-proposing both vascular and wall paintings from the Roman era. The scenes stand out against a background imitating agate stone, while the rest of the surface is covered with a uniform background of “lapis blue” with touches of gilding that reproduce the effect of a marbled surface. Typical of the neoclassical production of the manufacture is also the insertion of elements in gilded bronze, in our case the handles in the shape of dolphins.

These aspects, prominent in the production of the manufacture between the end of the 18th century and the beginning of the 19th century, also emerge from the documents in its archive. In particular, in the papers dated 1806, the vases are described with: “friezes of figures in brown with gold accents, bronze handles in the shape of a dolphin [...]” and their decoration with “lapis lazuli blue background and light agate bas-relief figures in brown with gold accents” refers to Aine Perrenot, active in the factory from 1804 to 1809 and again from 1813 to 1815. The documents also reveal that our vases were part of the first group of artefacts that in 1807 Napoleon donated to Ferdinand III of Habsburg Lorraine, at the time Grand Duke of Würzburg, including a bisque bust depicting the Emperor, preserved in the Gallery of Modern Art of Pitti Palace (inv. Pitti Art Objects1911 n. 486).