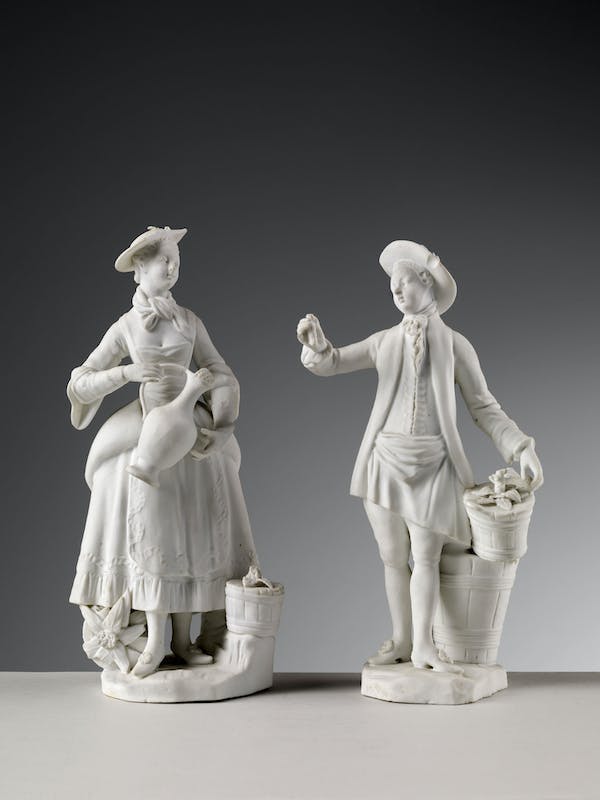 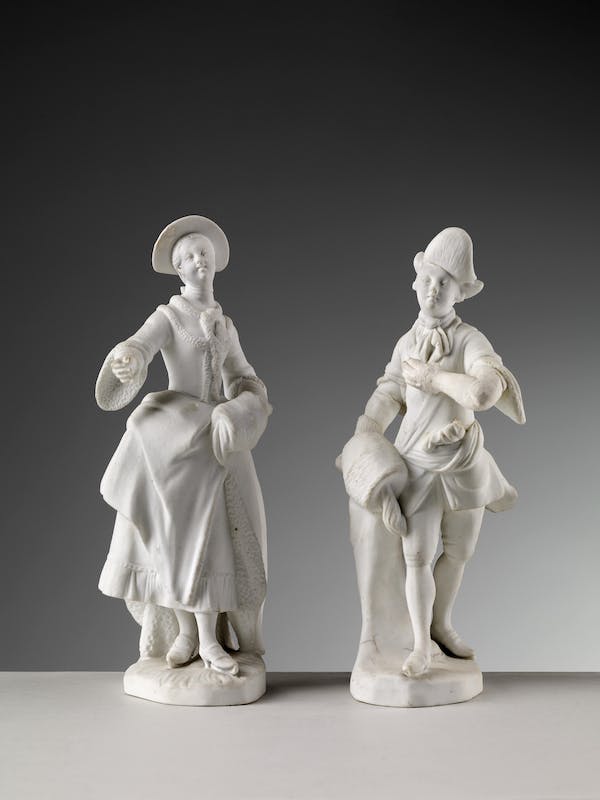 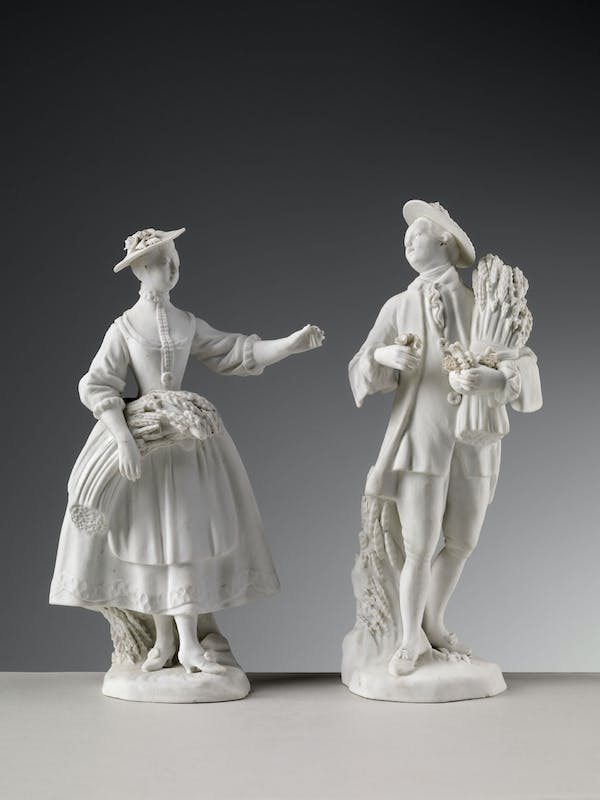 In the 1700s, the dessert tableware sets used in banquets were animated by small statues or groups of sculptures in decorated or biscuit porcelain, particularly from the second half of the century onwards. These represented both mythological and genre subjects, as well as characters from the Commedia dell’Arte and others of oriental inspiration.

And in fact, sculptures had been used in table settings for particular celebrations, such as weddings or religious events, at least since the 17th century.

For example, in his account of the wedding of Marie de' Medici and Henry IV of France, held in 1600, Michelangelo Buonarroti the Younger describes a table decorated with groups of silver figures portraying the Labours of Hercules. These had been commissioned to Giambologna, who also had a workshop dedicated to translating his compositions into sugar, destined for the same use. The custom of embellishing banquets with ephemeral sculptures in sugar or butter continued into the 18th century. We know that Austrian Empress Maria Theresa ordered the replacement of these very costly, perishable creations, with compositions in porcelain that would be sure to last longer. In the 18th century, all the monumental sculptures that had graced the tables during the previous century were significantly resized, with the exception of the sculptural groups, which were fewer, but remained just as impressive.

The main manufactories of the time followed this trend, favouring biscuit porcelain over the decorated type in the late 1700s, probably due to the particular popularity of its white matte surface in the neoclassical period, since it resembled the purity of marble. This type of porcelain production process involves firing the pieces once at 1400°C.

Our figures are references to the allegories of the Seasons represented by pairs of genre subjects: male and female gardener, male and female reaper, and ice-skating couple. Their purpose was to embellish the dessert stand that matched the service commissioned by Grand Duke Pietro Leopold II between 1765 and 1775, and they were intended to be arranged symmetrically and in order of size, in line with the main group placed in the centre of the composition.