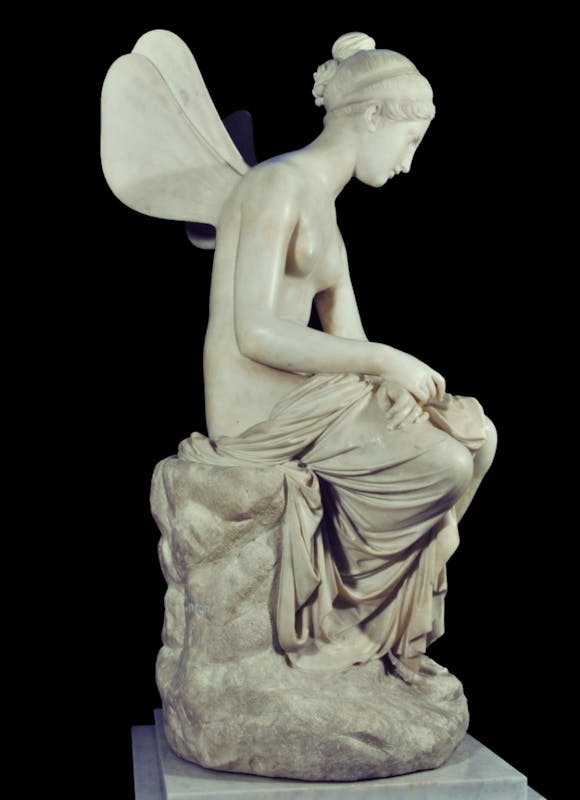 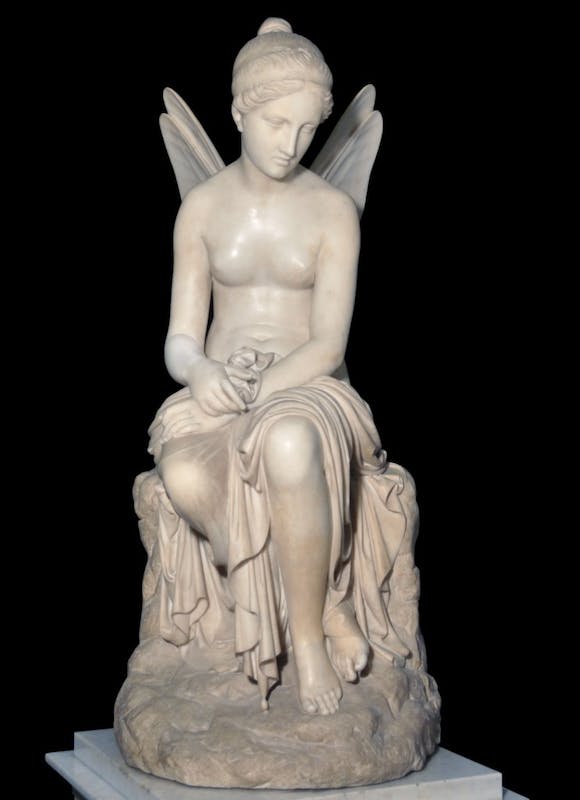 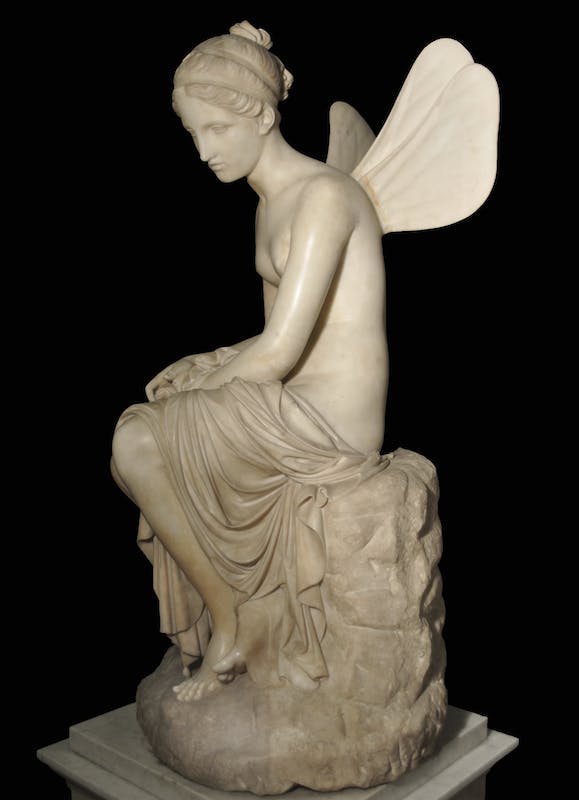 The theme derives from the mythical legend of Cupid and Psyche told by the Latin writer Apuleius (2nd century A.D.). Cupid, son of Venus, falls in love with the beautiful young Psyche, and against his mother's wishes decides to kidnap her and take her to his palace. Cupid visits her each night on the agreement that their meetings take place in the dark, but Psyche, curious of the appearance of her young lover, takes advantage of his slumber and illuminates his face. Cupid awakens and, infuriated at the betrayal, abandons the young woman.

A marble replica of the original chalk sculpture made in 1817 and currently housed in the Palazzo Braschi Museum in Rome, it is one of the most famous Neoclassical sculptures in Italy. Acquired by Carlotta Medici Lenzoni and exhibited in the family’s palace in the Santa Croce quarter in Florence, it was admired by artists and academics of the Romantic movement, including the well-known poet Giacomo Leopardi. It was replicated many times for clients from Italy and abroad, its appeal linked not only to its cultured reference to Classicism but also to the admirable technique of execution which reproduces the softness of the skin and the surprising transparency of the wings, sculpted as though made of wax.

Exhibited in Campidoglio in 1819, the artwork earned Pietro Tenerani his first major success: it went beyond Neoclassic austerity and reveals a language influenced by the representation of natural and emotional truth. After an initial apprenticeship at the Academia di Carrara, in 1814 Tenerani met the Danish sculptor Berthel Throvaldsen in Rome and worked as his assistant in his workshop in Piazza Barberini.

Video in Italian | Who has never been left once in a lifetime? The fault was Cupid's