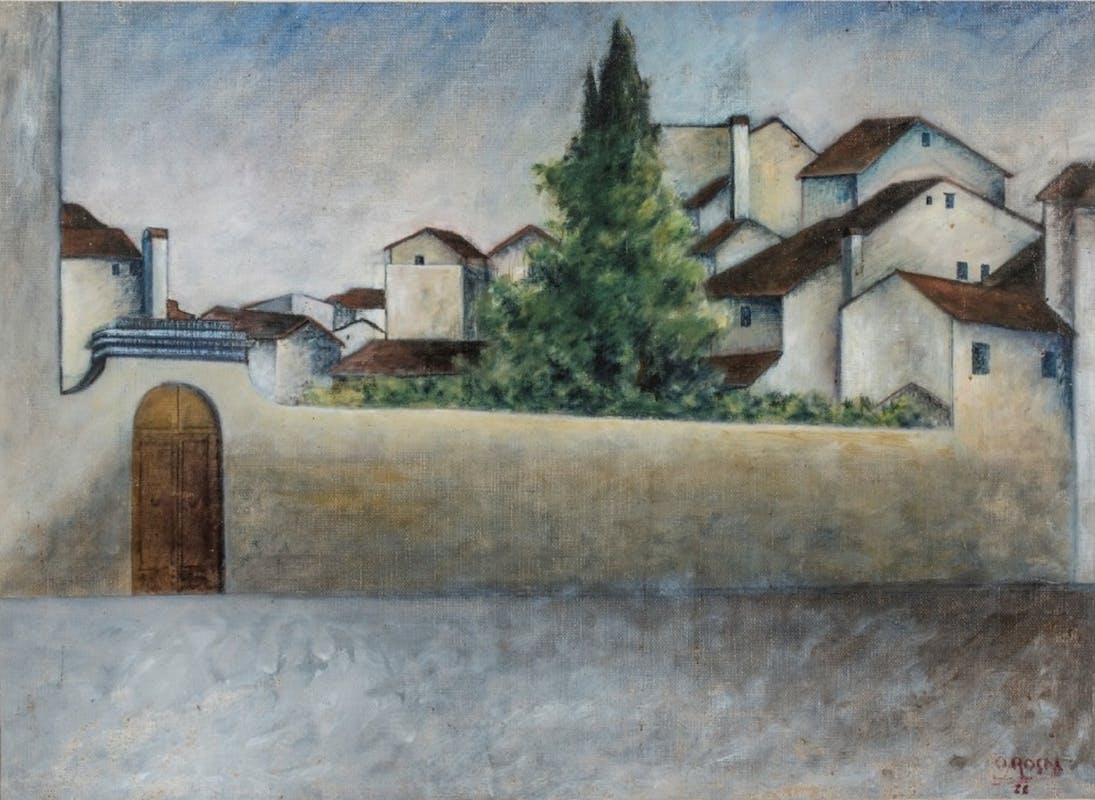 Ottone Rosai, one of the major exponents of the Florentine cultural scene during the first half of the 20th century, portrayed a humble, popular Florence, captured through little-known scenes. Rosai was born in the popular district of Oltrano, and often – as in this case – he would paint the squares and the narrow streets in small works, characterised by his use of an earthy palette.

This work which shows a fragment of the right-hand side of the square, as we can still see it today, dates back to the most successful period in the artist’s career - the 1920s, when he had assimilated the main new aspects of the artistic trends of the period and left his youthful avant-garde enthusiasm behind him to develop his own, autonomous and personal language.

The absence of human figures seems to leave the square in a metaphysical silence; past the boundary wall of Palazzo Rospigliosi Pallavicini, we glimpse a hedge, a tree and a bunch of sloping roofs from the houses. The shapes are strictly geometric and painted in a severe palette that, on one hand, shows a Cubist influence and, on the other, affinities to the painting of Soffici and Carrà, with whom Rosai had approached Futurism and metaphysical art. This painting also reveals the artist’s careful studies of 15th-century art and in particular, Masaccio, whose frescoes are in the Brancacci Chapel in Piazza del Carmine.

The Gallery of Modern Art in Pitti Palace bought the painting in 1941, on the occasion of the 12th edition of the exhibition entitled “Mostra d’Arte del Sindacato Interprovinciale Fascista di Belle Arti”, nine years after the purchase of two other pieces by the same artist: “Bathers” and “Bettola”.