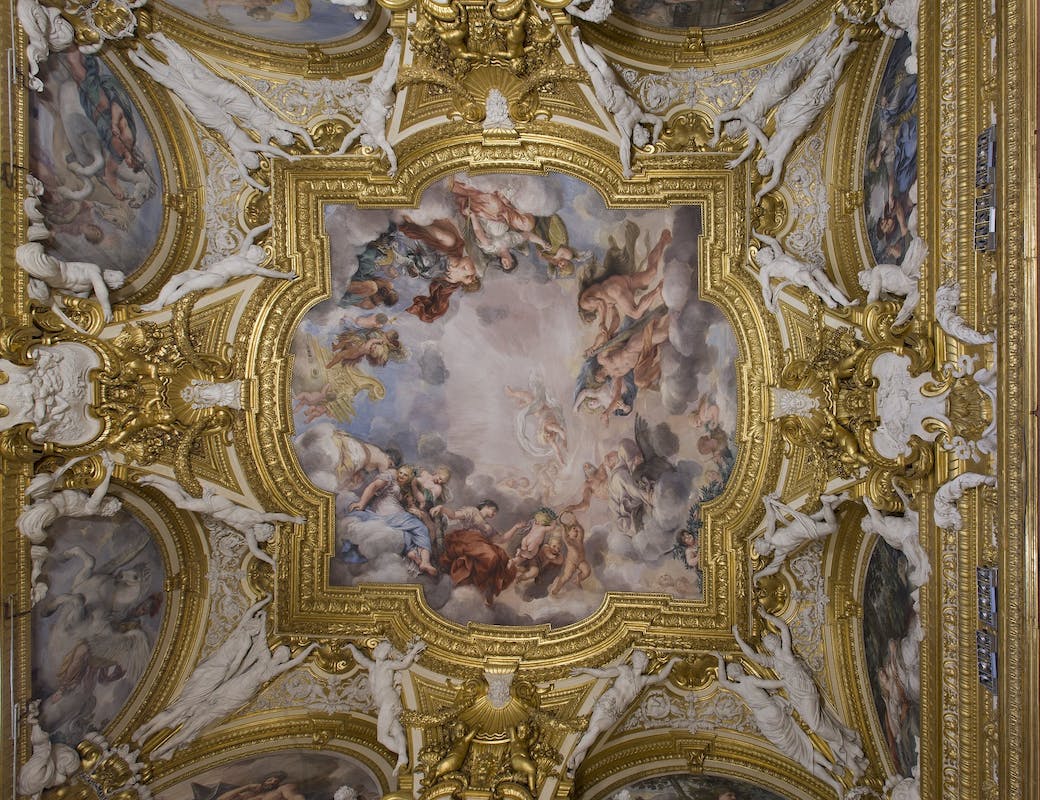 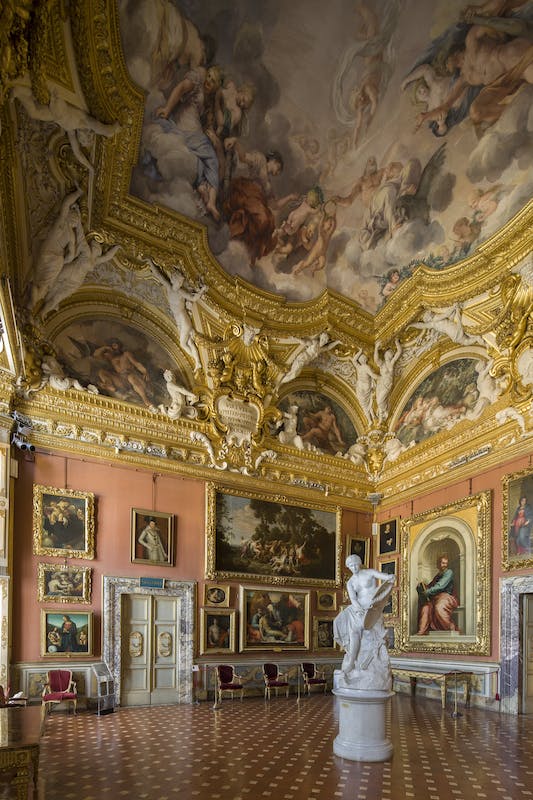 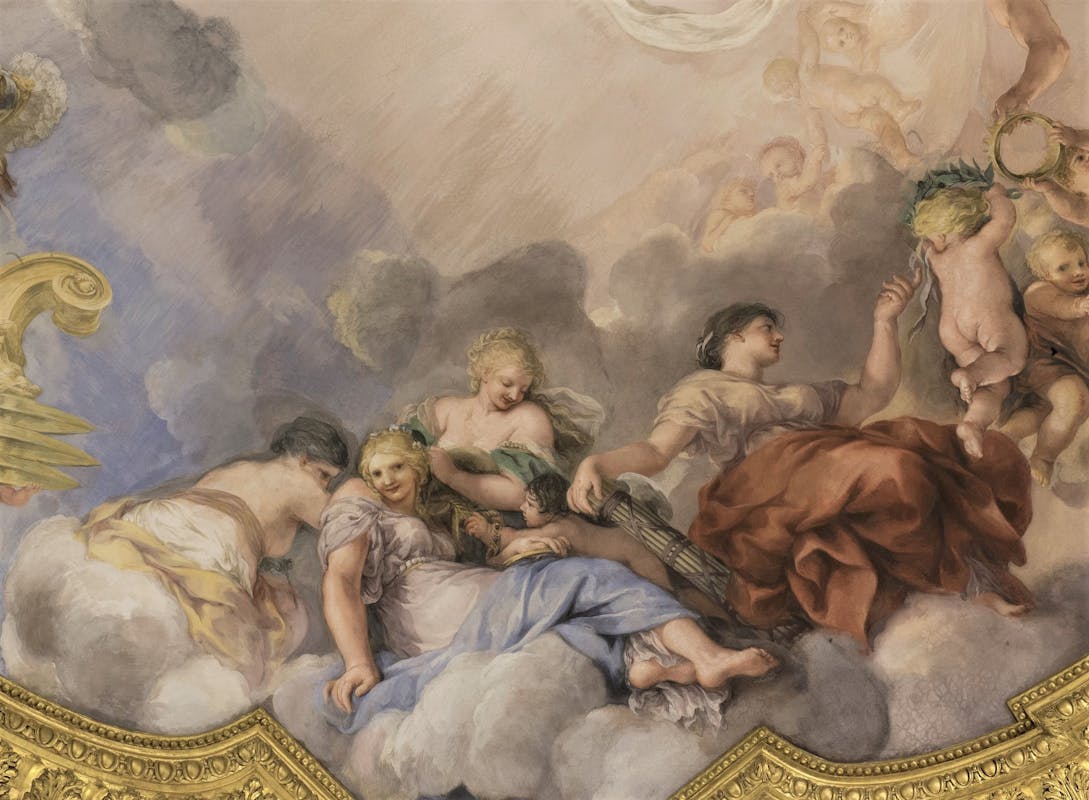 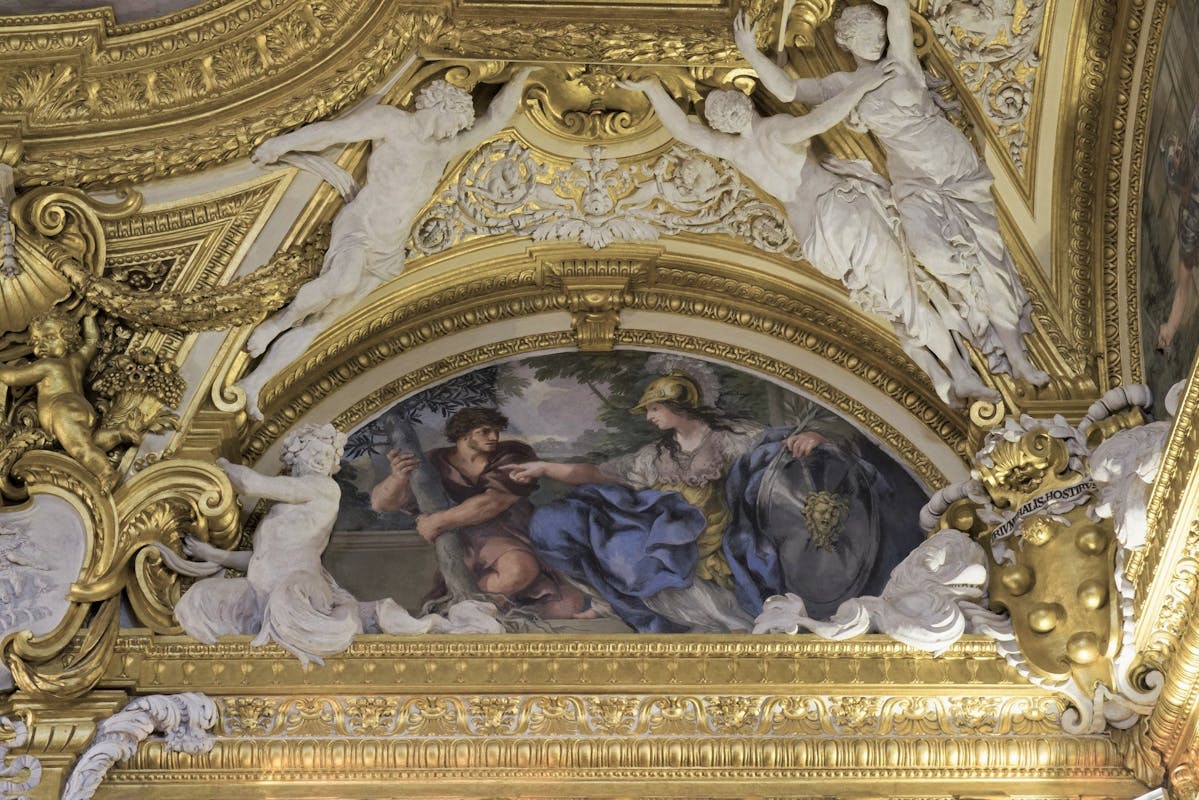 In the Medici period, this room was used as an Audience Chamber or Throne Room, and, under the frescoed vault, it is still possible to see the hooks used to hang the canopy over the podium, where the Grand Duke held his public audiences. The richly decorated area is full of frescoes, white and gilt stucco works and plumes decorated with shells. It enhances the public role of this area and represents the crowing artistic achievement of Pietro da Cortona, who has dotted it with extraordinarily detailed inventions. The finished work is the result of his direction, starting with the many preparatory designs - many of which are preserved in the Collection of Prints and Drawings at the Uffizi Galleries - through to the direct coordination of the workers on scaffolding: painters, gilders, masons and stucco artists.

The theme chosen here, Jupiter crowning the prince, to whom Hercules has consigned his club, highlights the commanding role of the Medici dynasty and legitimises the young heir’s ascent to Grand Duke, completing the educational journey shown in the previous rooms, and evoked in the frescoed lunettes that show the many gods of Olympus - Minerva, Apollo, Mercury, and Mars - who accompanied and supported him in this ideal education, from adolescence to old age. The victorious prince thus disembarks from the ship of the Argonauts, followed by Victory, who is engraving the letter M (Medici) on her shield; he is met by Jupiter, surrounded by four female characters, probably allegorical depictions, and a tribute by the iconographer to the Medicea Sidera, the four satellites of the planet Jupiter, discovered by Galileo Galilei and announced in his Sidereus Nuncius, dedicated to Cosimo II de’ Medici in 1610.