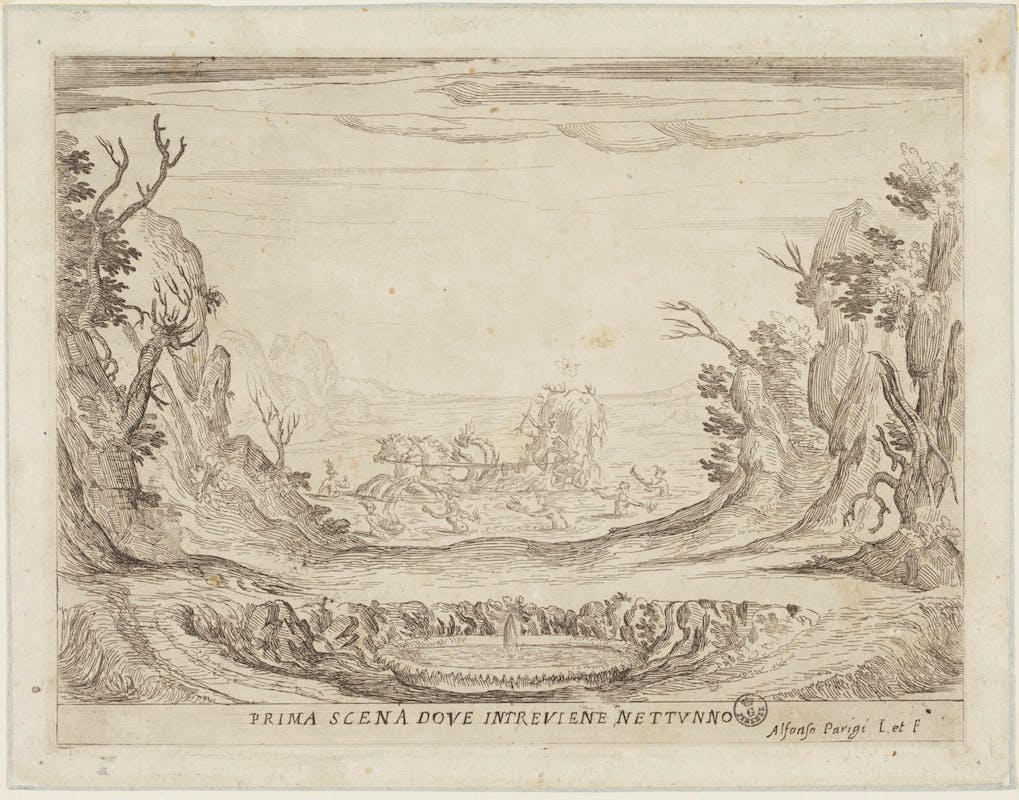 The Liberation of Ruggiero from the island of Alcina. First scene in which Neptune intervenes

This etching is one of the illustrations from Ferdinando Saracinelli’s libretto for the ballet with music by Francesca Caccini, daughter of the famous Giulio and still commemorated as the world’s first female opera composer. The performance, commissioned by the grand duchess, Maria Maddalena of Austria, was staged for the first time in the villa of Poggio Imperiale on 3 February 1625.

During this period, the Grand Duchy of Tuscany was ruled by Maria Maddalena, mother of the extremely young Medici heir Ferdinando, and by her mother-in-law,  Christina di Lorraine. Both women enjoyed performances of an edifying nature, like this opera, which is based on Ludovico Ariosto’s work Orlando Furioso, where Ruggiero’s love for his future wife, Bradamante prevails over his unholy relationship with the witch, Alcina.

In the prologue to the performance, illustrated in this etching, the god Neptune, depicted on a chariot pulled by sea horses, is asking the god of the Vistual river to help sing the story of the paladin, Ruggiero. The opera was in fact performed before the Polish prince, Sigismund Ladislaus Vasa, and the reference to the river was perceived as a tribute to him.