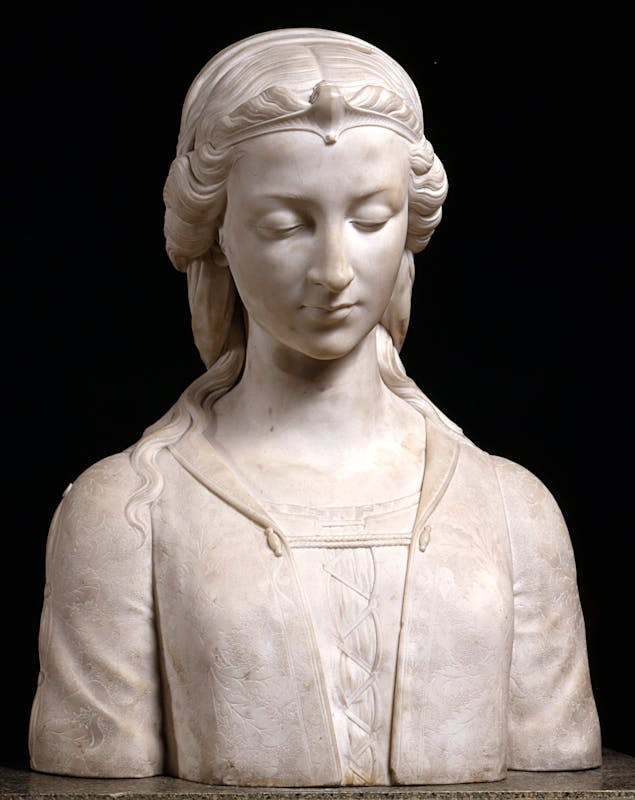 It’s early afternoon on 30 March 1300, Dante is visiting the First Sphere of Heaven, the Moon. It hosts the Defective Souls, relegated to a lower sphere of beatitude because they had been unable to maintain their vows in life.

The poet addresses the soul who appears the most eager to speak: Piccarda Donati, his wife Gemma’s cousin and the sister of Forese, his childhood friend who appears in Canto XXIV of Purgatory. The woman had a personal connection to Dante, who is therefore well aware of her painful human existence: she had been brutally kidnapped from the convent of Santa Chiara, between 1283 and 1293, and forced by her brother Corso, head of the Black Guelphs, to marry the Florentine nobleman Rossellino della Tosa for political reasons.

Legend tells us that Piccarda had kept her virginity, dying of leprosy before her wedding. Dante does not entertain this version, but instead makes Piccarda and her painful resignation a paradigm of man’s need to align his will with that of God, as a tool for achieving eternal beatitude.

The sculptor, who passed away before his time just like the gentle Piccarda, was originally from Fiesole and worked as an apprentice in the workshop of Pio Fedi. He taps into the repertory of the famous masters of the Renaissance, such as his countryman Mino, explicitly referenced in this very delicate bust. A very gifted, precocious sculptor, he began working at an early age for an art trader who commissioned him to reproduce ancient sculptures. Through this exercise, which he performed with meticulous precision, he became familiar with the work of the masters of the 15th century which he reinterpreted in sculptures like this one, adding that explicit grace and antiquated interest in the details of the costumes typical of 19th century style, such as the stylish hairstyle and the splendid textured fabric of the gown.