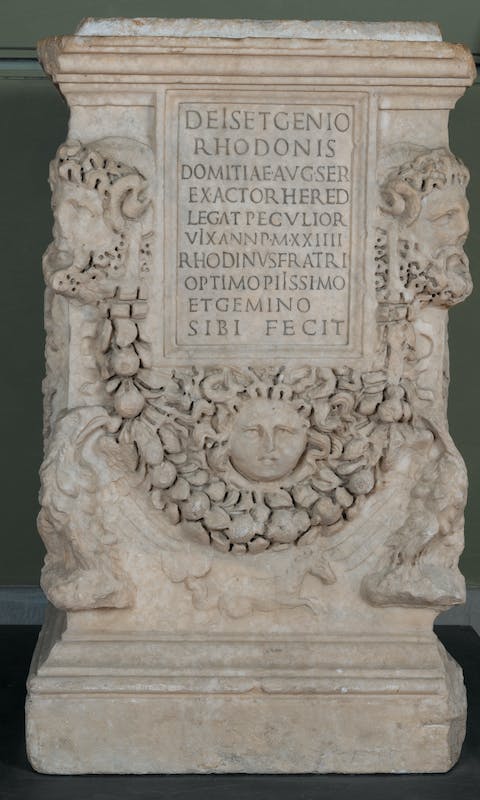 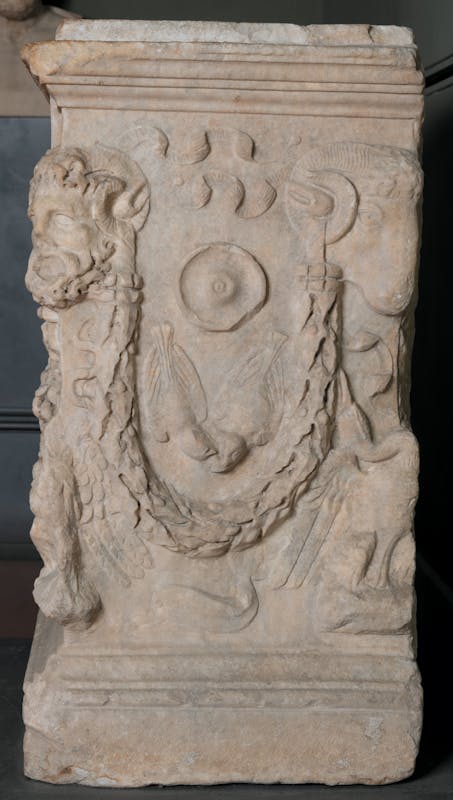 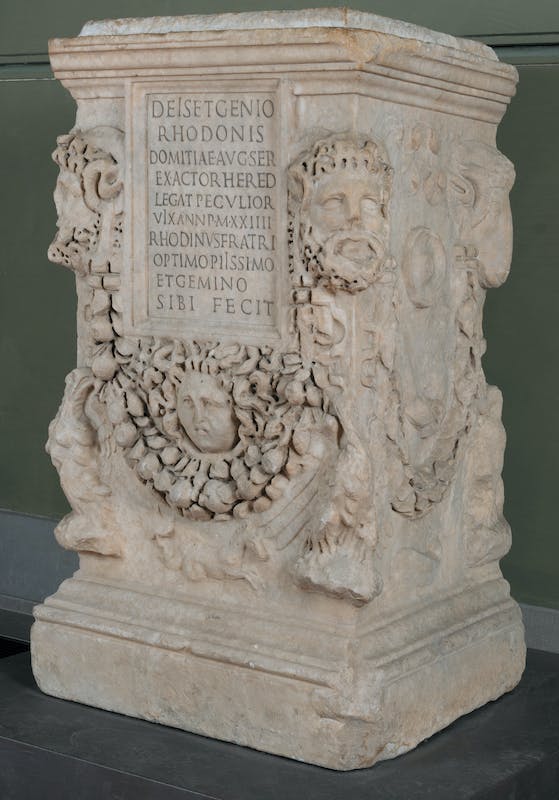 The altar is characterized by a very elaborate bas-relief decoration, with festoons marking out the space on the short sides, anchored respectively to protomes of a ram and heads of Jupiter Ammon. These lead towards the main facade of the monument, where the festoon sits above a seahorse. On top, a splendid Gorgon's head appears to support the inscribed panel, with the dedication in honor of the young deceased man, Rhodon, slave of Domitia Augusta, commemorated by his brother Rhodinus (CIL VI 8434).

The text, elegantly engraved and embellished by a few instances where the letter ‘i’ is larger than the other letters, highlights the position held, probably in the administration of Domitian’s personal finances, by Rhodon, who was responsible for supervising inheritances, legacies and peculia, the sums paid by slaves to redeem themselves. Indeed, the tasks performed by the young dead man are justifiable by their specialization only in relation to the prince's estate, which was increased so significantly by inheritances, bequests, and peculia that special offices were required to manage it, offices for which Rhodon presumably performed initial appraisal tasks. The position of trust held by the young slave, also confirmed by the richness of his funeral monument, once again demonstrates the important role played by the staff of the prince's bride within the imperial administration.

Exactly where the altar was discovered is unknown. It was certainly of urban production, first documented in the Roman church of Saints Cyricus and Judith, from where it joined the Gaddi collection, only arriving in the Uffizi in 1824.