Three works from the 17th century, two from the 20th century and a drawing from the 16th century enter the collection

A "harvest" of seven works, including four paintings, two sculptures and a drawing, the latter of which was given to the museum as a gift. This is the balance of the acquisitions that the Uffizi Galleries have done at the Florence International Antiques Biennale.

These are the paintings: "Portrait of a Victorious Young Man on Envy" by Pietro Paolini (1630-40), "Ut pictura poesis," an allegory by Francesco Cairo (1635), Felice Cerruti Bauduc's self-portrait, "Atelier with the artist painting the Combat of Sommacampagna" (1855), and "Tragic Journey" by Ferruccio Ferrazzi (1925); we have to add two sculptural works, namely Jean-Baptiste Basset's "Bust in Ivory of Cosimo III de' Medici," signed and dated 1696, and the group with the “Pietà” (Piety, 1950) by Giacomo Manzù, and finally the gift by antiquarian Enrico Frascione of the drawing by the 16th-century Venetian painter - and son of Paolo Veronese - Carletto Caliari, "A girl with a dog" preparatory for a painting now in the Louvre in Paris.

The acquisition of the seven works during this year's Biennale has already been approved by the Scientific Committee of the Galleries and, as far as modern works are concerned, by the deputed Commission of the Modern Art Gallery of Palazzo Pitti.

Paolini's painting presents a complex allegorical theme: an elegant knight, with his sword placed on his shoulder and his precious armor resting on the table, holds subdued with his left hand a monstrous female figure with snakes as hair intent on eating her own heart, that is the personification of Envy. The artist from Lucca, "a painter of great bizarreness and remarkable invention" (as the 17th cent. historiographer Filippo Baldinucci had called him), confirms in this work his interest for Caravaggesque light painting, seen and appreciated during his stay in Rome.

This canvas, attributed to the Lombard Francesco Cairo, is a visualization of the Horatian locution "Ut pictura poesis", depicting the female personifications of Painting and Poetry. The sensual woman in the foreground, leaning against a rock where there is a "toccalapis" (lead rod used for drawing) holds a palette with fresh colors, while the other female figure has a laurel wreath as if to crown the art of painting, and depicts Poetry granting fame to her sister art. The quick painting, the skillful luministic layout, with deep shading and intense flashes of light, hark back to Cairo's Neo-Venetian phase, dating from the 1730s, when the painter worked in Turin for the Savoy court.

The precious small bust of Grand Duke Cosimo III, made by French sculptor Jean-Baptiste Basset in Livorno in 1696, will enrich the ivory collection of the Treasury of the Grand Dukes at the Pitti Palace, the oldest and most valuable prestigious in the world along with those of Dresden and Vienna. The full-round image of the young prince, strongly expressive and naturalistic, will thus be able to flank the courtly ivory medallions with the effigy of the Grand Duke, already on display in the collections of the Pitti Palace.

The canvas - destined to be on view in the self-portrait display at the Uffizi - depicts the painter at work on his masterpiece, the enormous “Combattimento di Sommacampagna” (Combat of Sommacampagna, Turin, Museo del Risorgimento). We see a glimpse into the painter's atelier specializing in military scenes of homeland history, with a real horse posing and a puppet dressed as a soldier, testifying to the workshop practices of the artist, that was one of the great protagonists of the Risorgimento.

Made in 1925, this masterpiece interprets with a modern sensibility the great tradition of the masters of 15th- and 16th-century Italy. In 1926 it was exhibited in New York, at the prestigious Exhibition of Modern Italian Art where it was purchased by Carl W. Hamilton, a noted collector of Italian Renaissance art, who appreciated the solemn neo-Fourteenth-century synthesis of the composition and perhaps the references to the iridescent colors of Pontormo and Rosso Fiorentino's painting. As the title suggests, Ferrazzi here evokes the memory of a personal experience, the journey by ship he made in November 1917 to Sardinia, called there for military service. The autobiographical episode is transfigured, by a personal style where the characters - including the artist's mother, sister and wife – are set within abstract geometric spaces aiming to convey, in the artist's words, "reality reflected in my lyrical memory."

The Pietà (Piety) group, made by lost wax at the Maf Foundry in Milan, is a variant of one of the bronze four Stations of the Cross executed by Manzù for the Roman church of Sant'Eugenio. In a humanistic renewal of Catholic culture, Manzù departed from the liturgical and doctrinal tradition to draw on Donatello's great sculpture, arriving at and intense expressiveness. This work coincides with Manzù's public consecration, begininning with the award for sculpture at the 1948 Venice Biennale and culminating with the commission to execute the doors for St. Peter's Basilica in 1950.

This drawing comes from the workshop of Paolo Veronese, the father of Carletto Caliari. It can be dated to after 1588 when, on the death of his father, Carletto assumed a more important role in the management of the family business, after having worked for some years in the Bassano's workshop. The drawing depicts a genre scene, a study for a detail of a larger composition: probably that of the girls playing with the dog at the base of the Supper at Emmaus from the school of Paolo Veronese, in the Louvre. 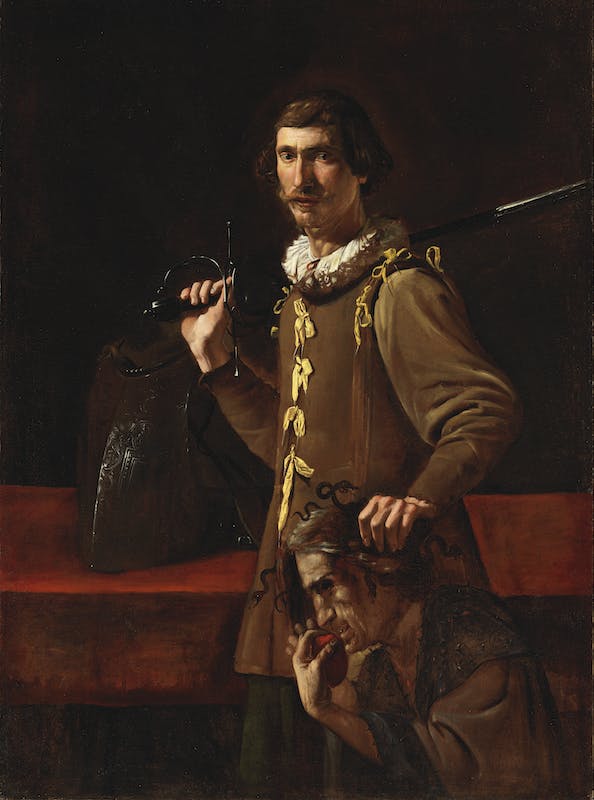 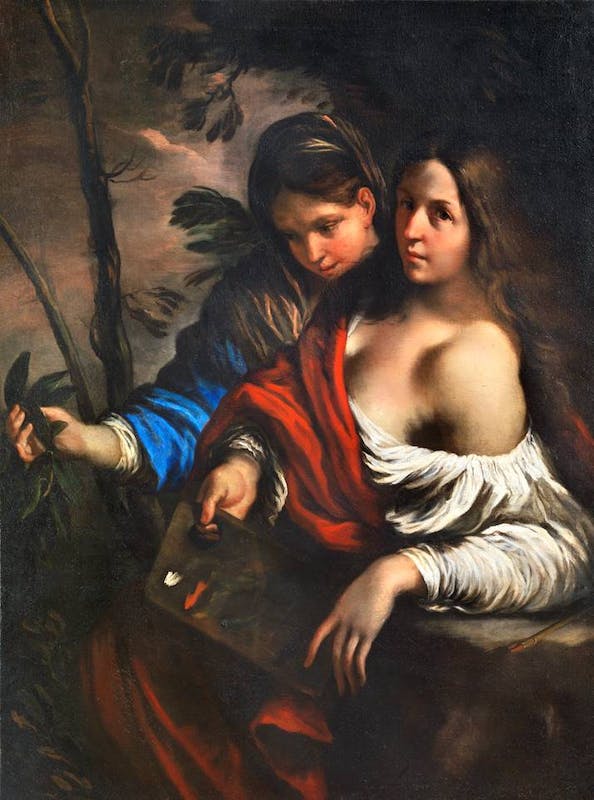 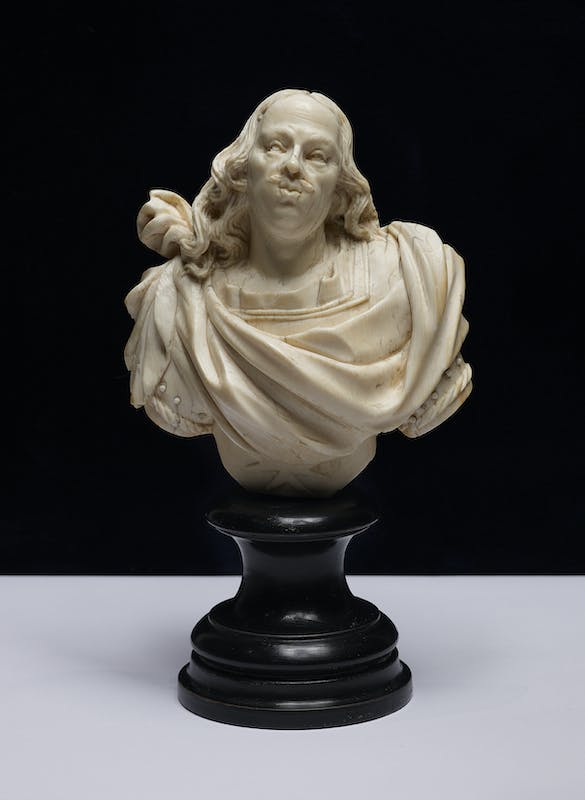 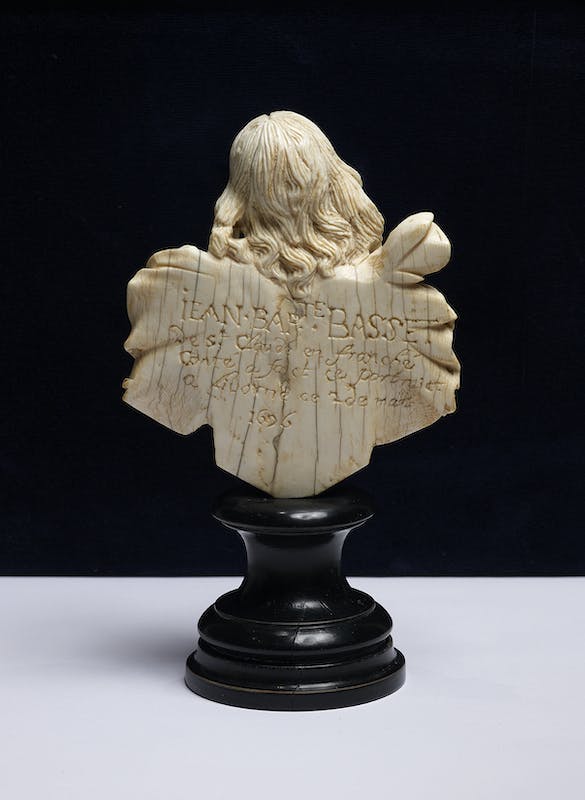 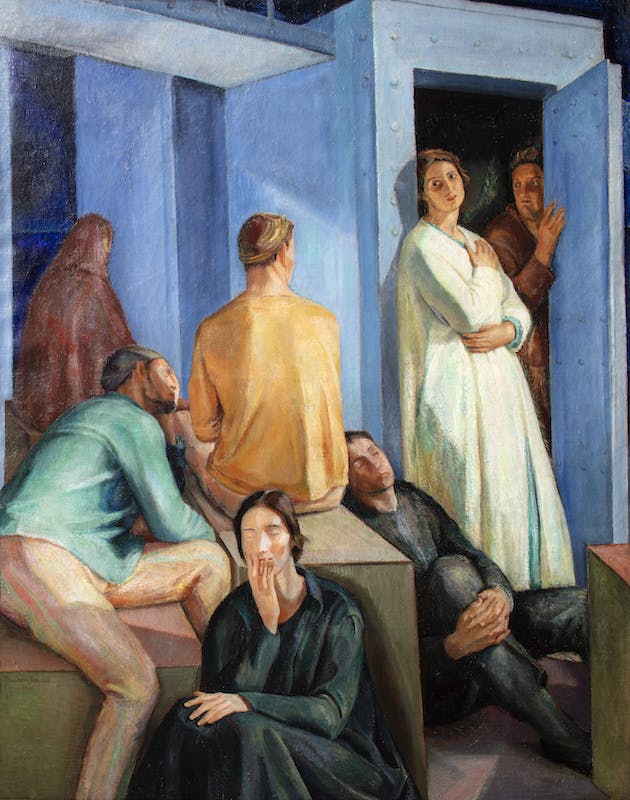 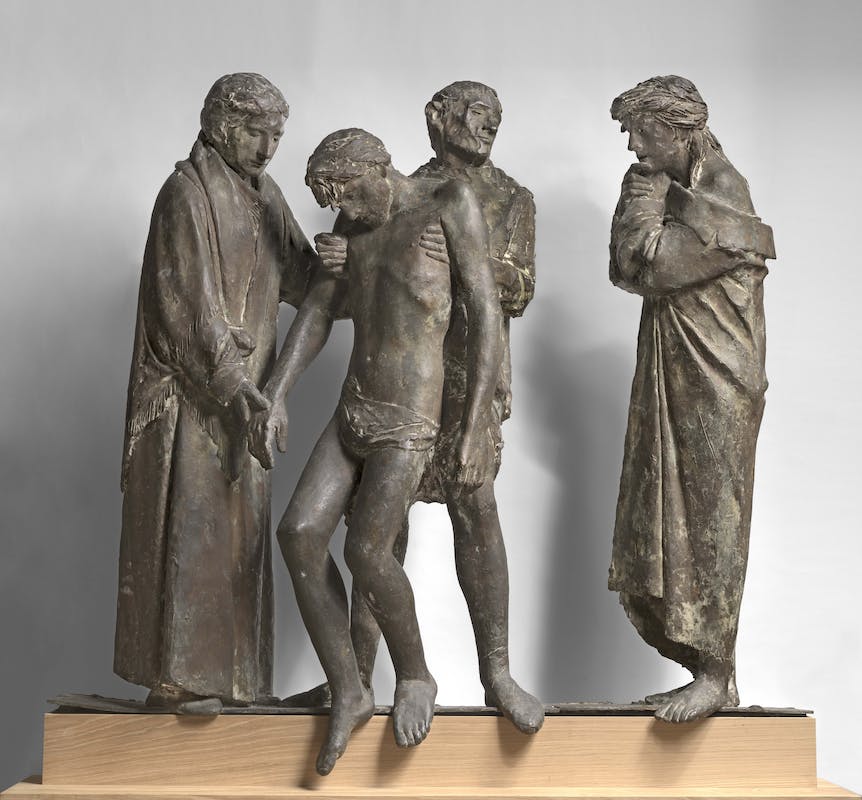 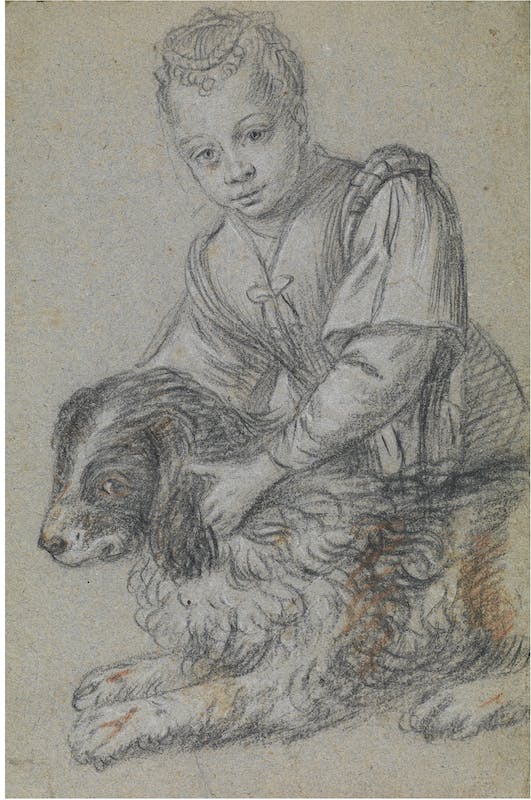 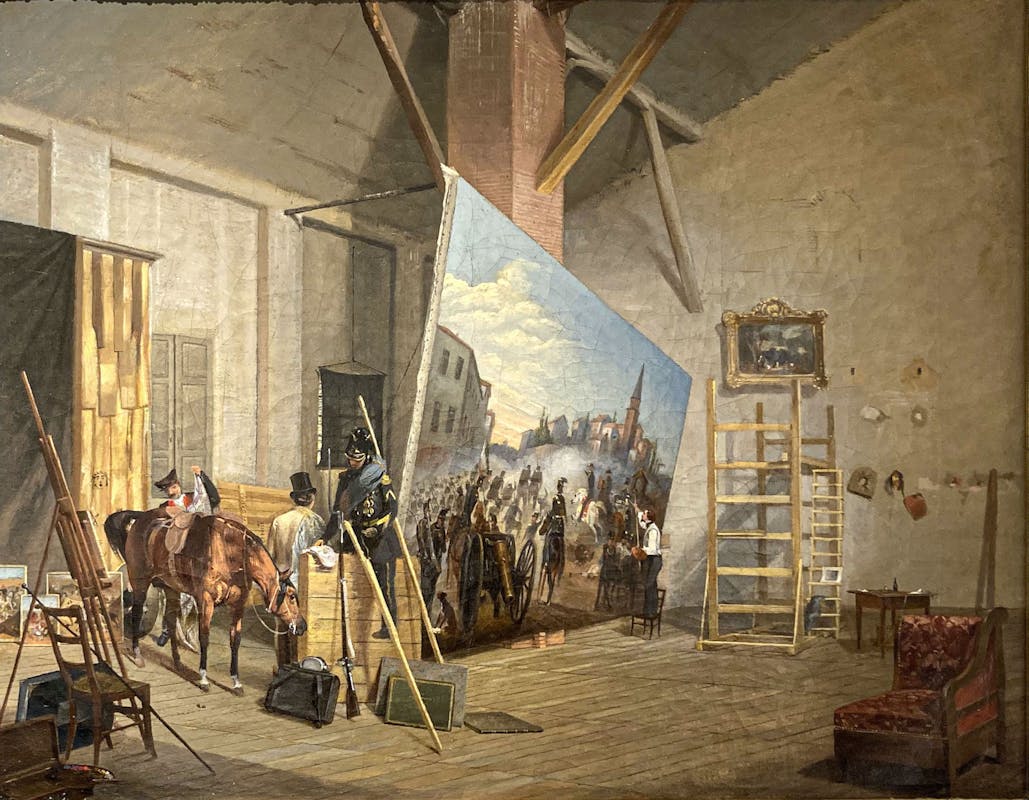 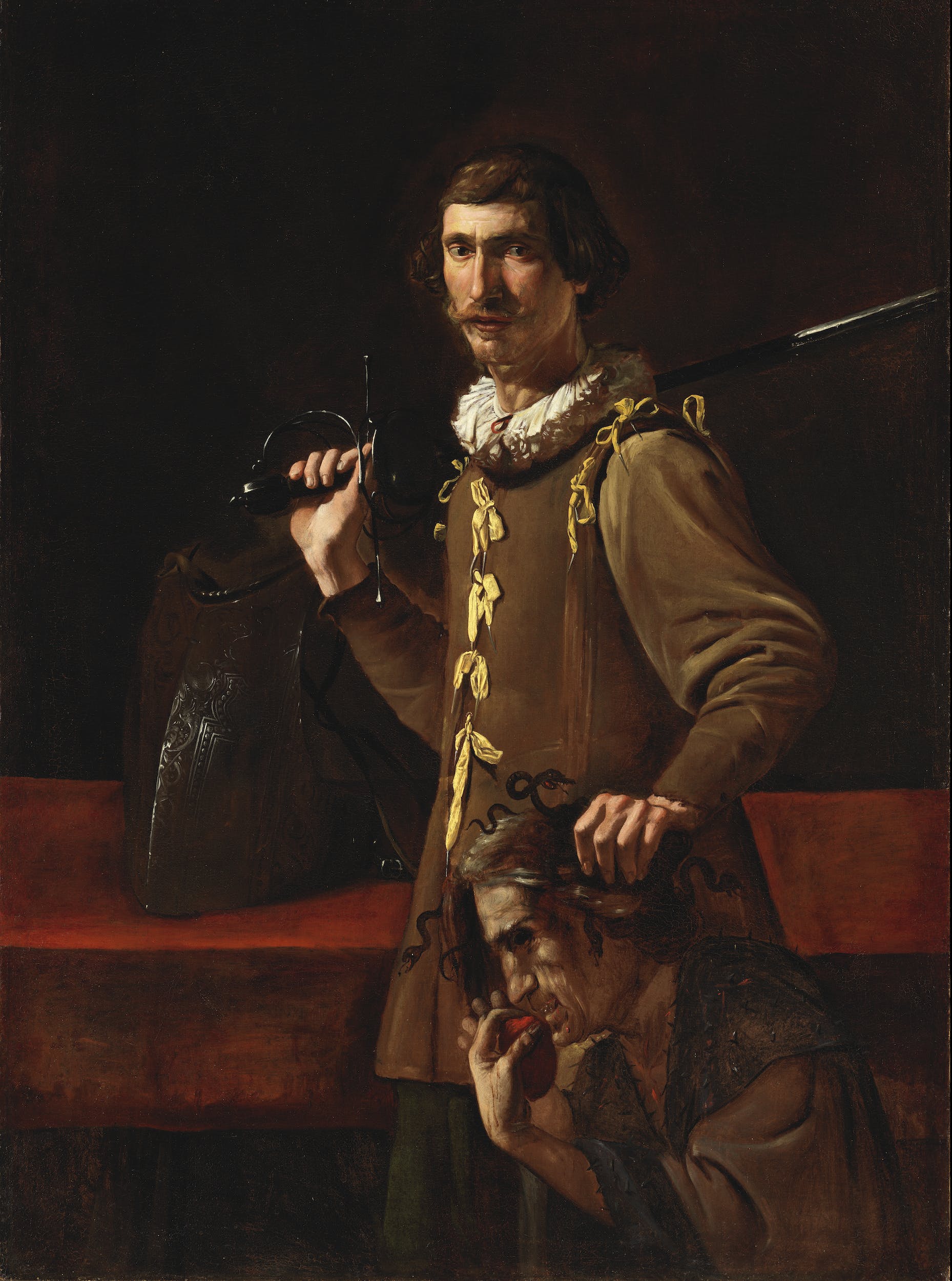 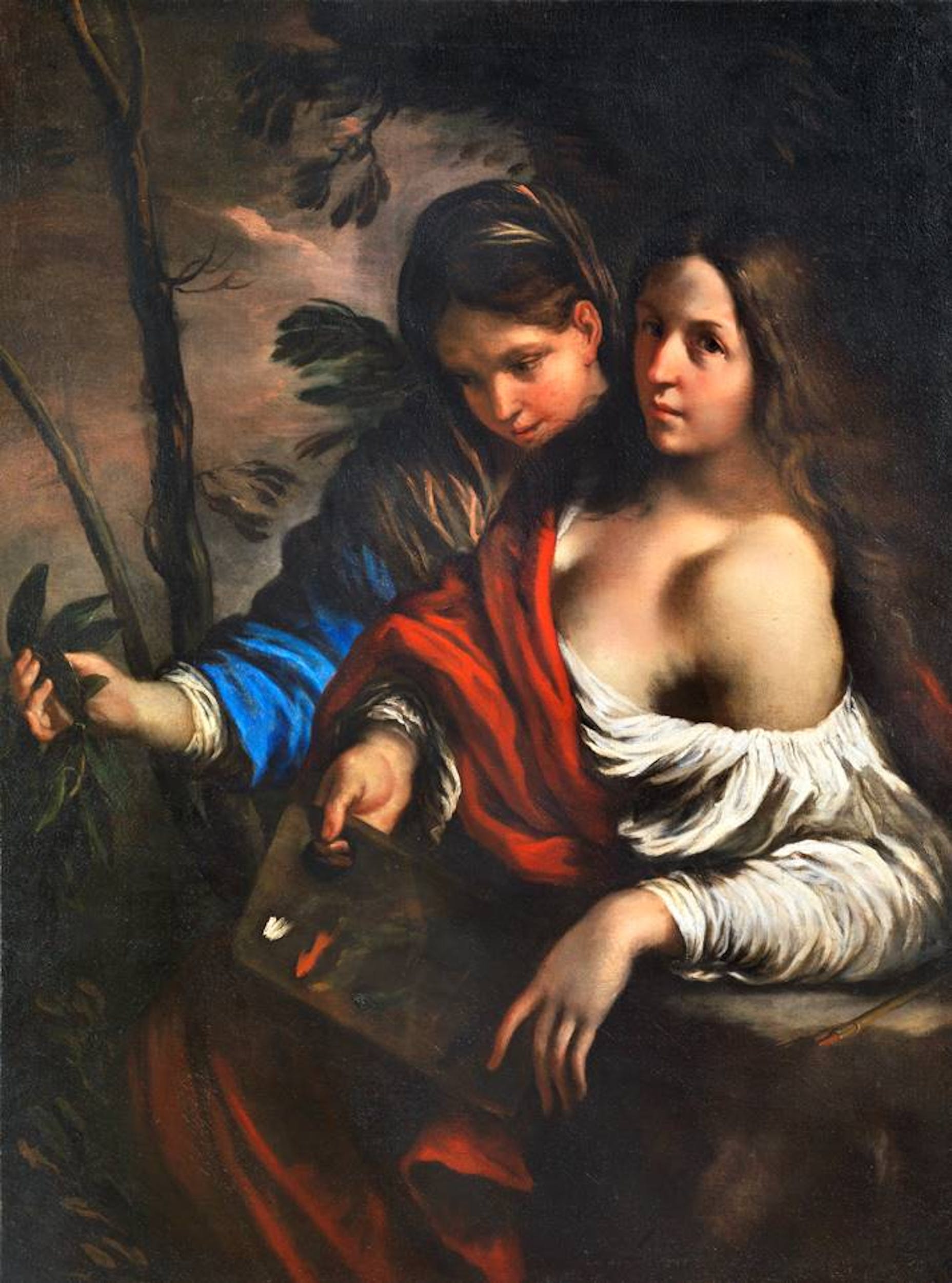 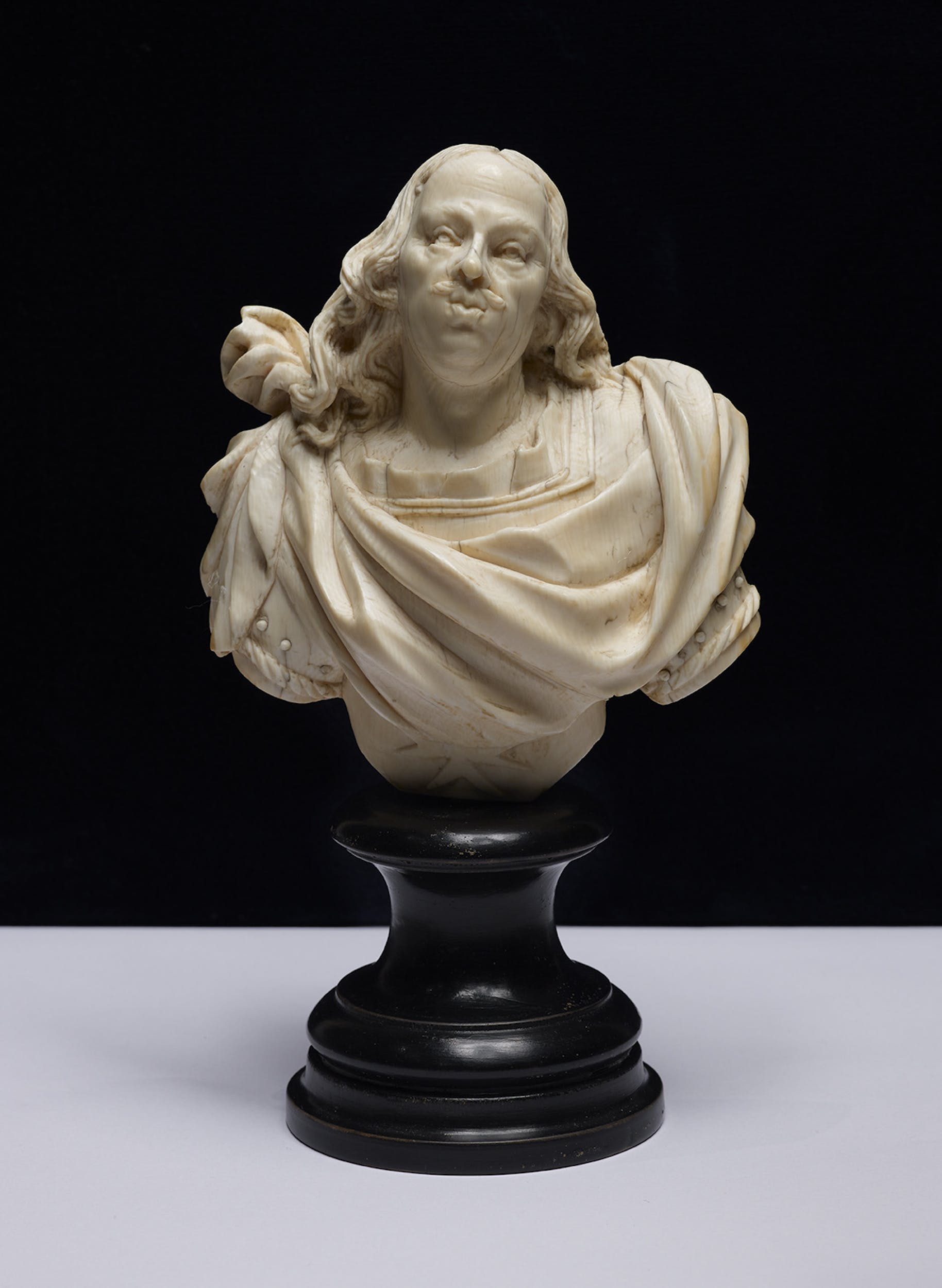 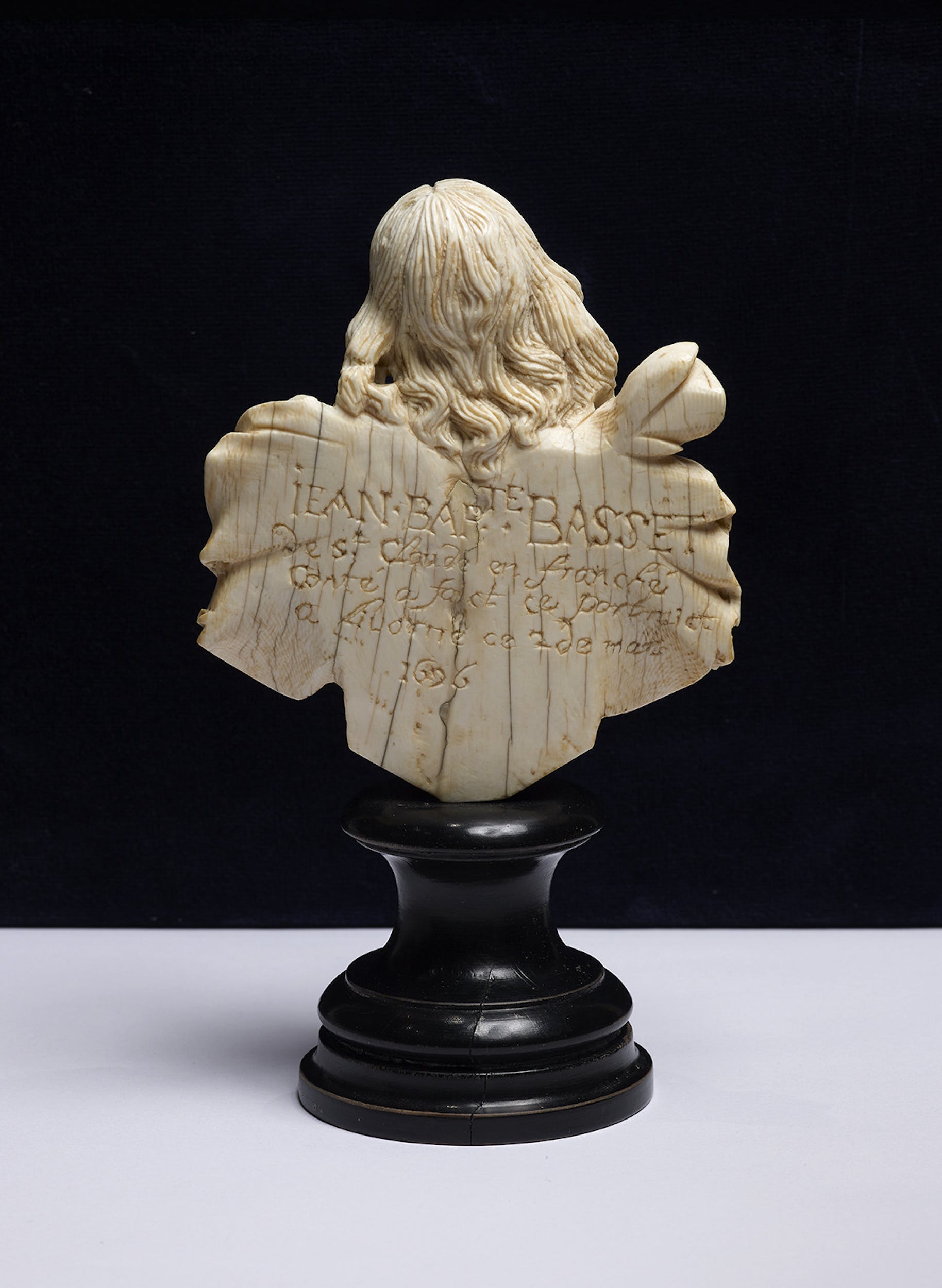 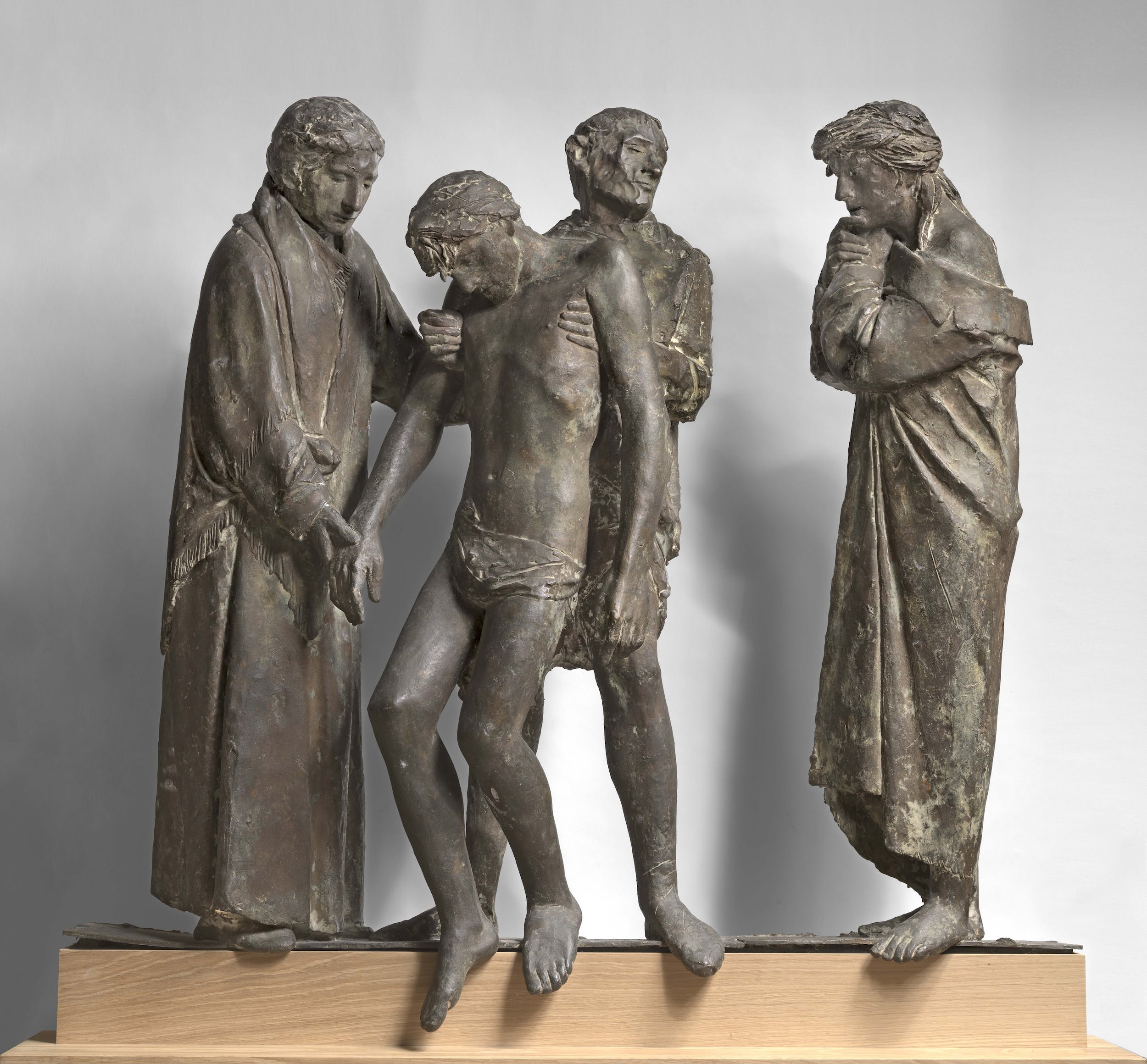 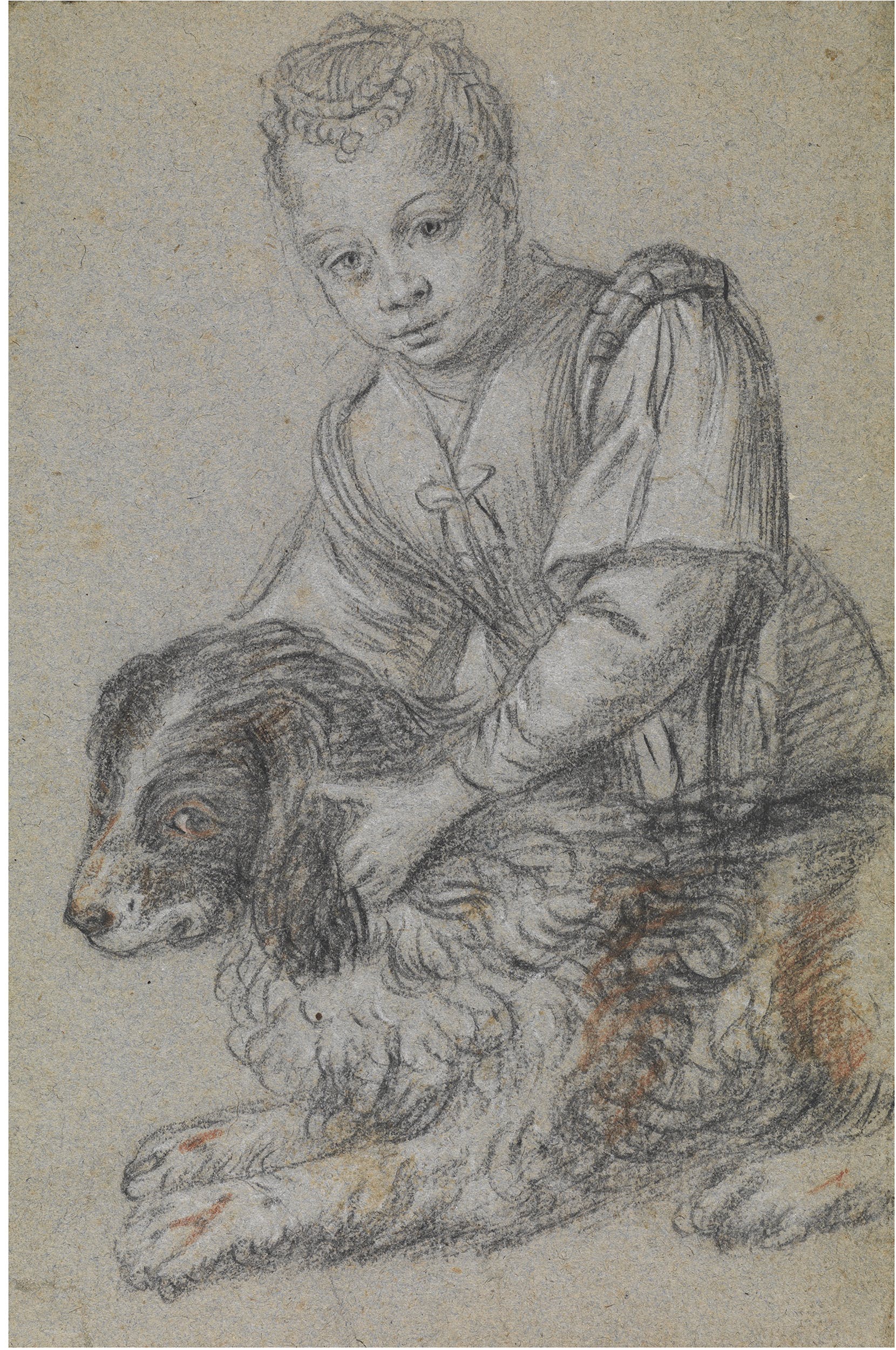 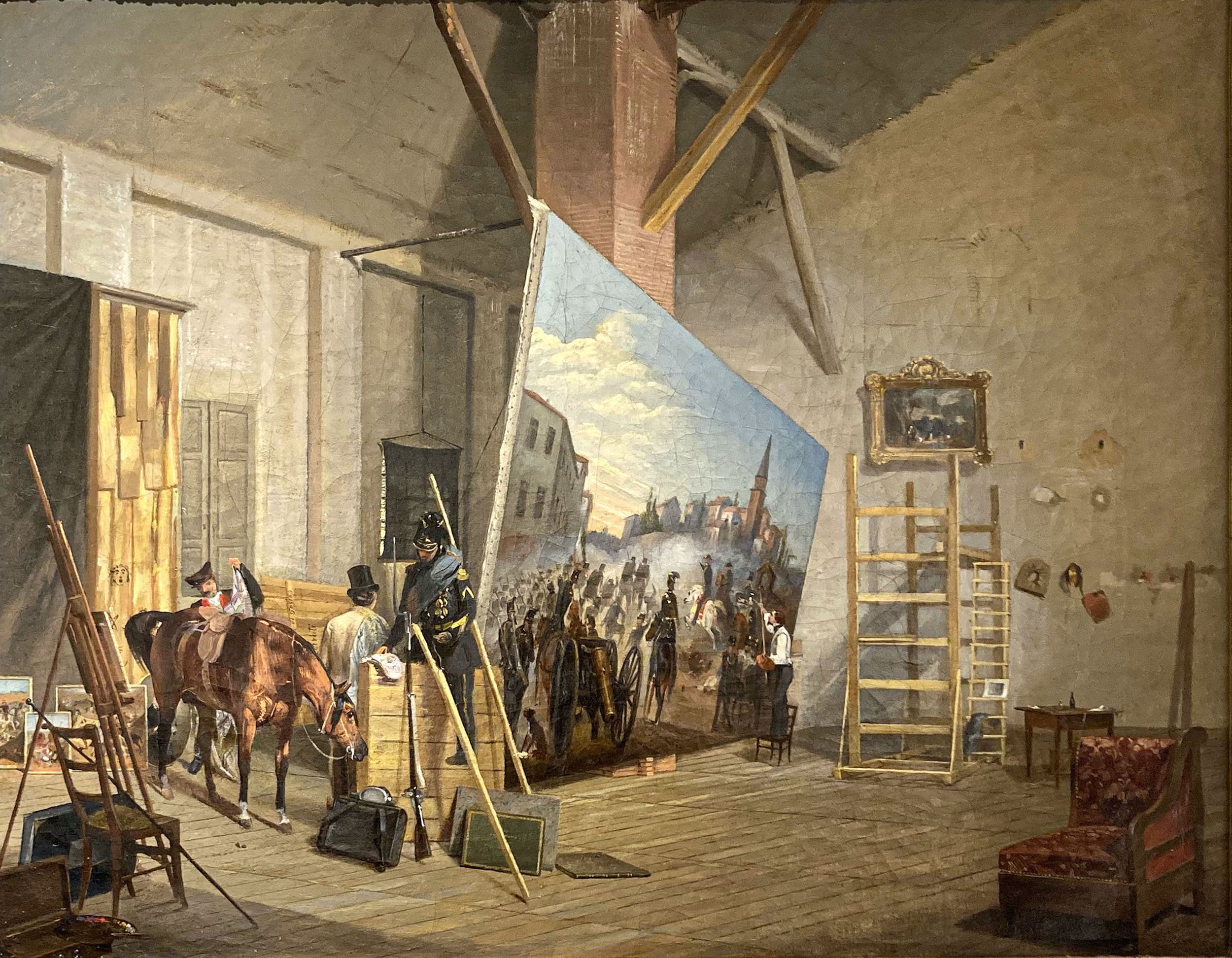