Two interpretations of “The Last Meeting between Jacopo Foscari and his Family”, inspired by Lord Byron's play “The Two Foscari”, on display together for the first time

Thanks to the collaboration with the Gallerie d'Italia, visitors can compare in Pitti Palace Francesco Hayez's extraordinary masterpiece in his two versions until March 28th: the one painted between 1838 and 1840 for Emperor Ferdinand I of Austria, and its ideal pendant from the Uffizi Galleries, painted between 1852 and 1854 for the poet Andrea Maffei. It is an exchange project with the Gallerie d'Italia in Milan, where the "Samson", also by Francesco Hayez is now on display at the exhibition "From the Medici to the Rothschilds, Collectors, Philanthropists" until March 28.

The two paintings have the same setting: the Loggia Foscara of the Doge's Palace, overlooking a 15th­ century Venice with St. George lsland and the Gothic church, illuminated by a mild and delicate light, which contrasts with the political and family tragedy taking place in the foreground. In the 1838 version, the condemned Jacopo Foscari is portrayed on the right, kneeling before his father, the Doge of Venice, who cannot faiI to pass the unfair sentence on his son, accused of having betrayed the Venetian Republic and murdered a member of the Council of Ten. In a grey dress hinting at the tragedy she is doomed to tackle, his wife take part in the scene together with her children: the eldest daughter, with her hands folded in prayer, throws herself at her grandfather's feet in an act of loving plea, begging him to spare her father; the younger brothers, on the contrary, do not feel like moving away from their mother. The climax of the drama is exemplified by the figure of Jacopo's elderly mother, caught in a touching gesture of plea. Standing still on the right of the painting, the group of prosecutors stands out for their grim seriousness and poised aloofness.

lt is also interesting to note Hayez's will to depict himself in his paintings: here he portrays himself in the guise of the elderly Doge. In the Florentine version, the arrangement of the characters and the dynamics of the composition look different. They rather convey a stronger anti-tyrannical message, which overcomes the melodramatic vision of the previous version that cast Hayez the accusation of serving the Austrians. The Florentine version may have also been influenced by his viewing of Giuseppe Verdi's opera “I due Foscari”, fìrst performed in Rome in 1844. 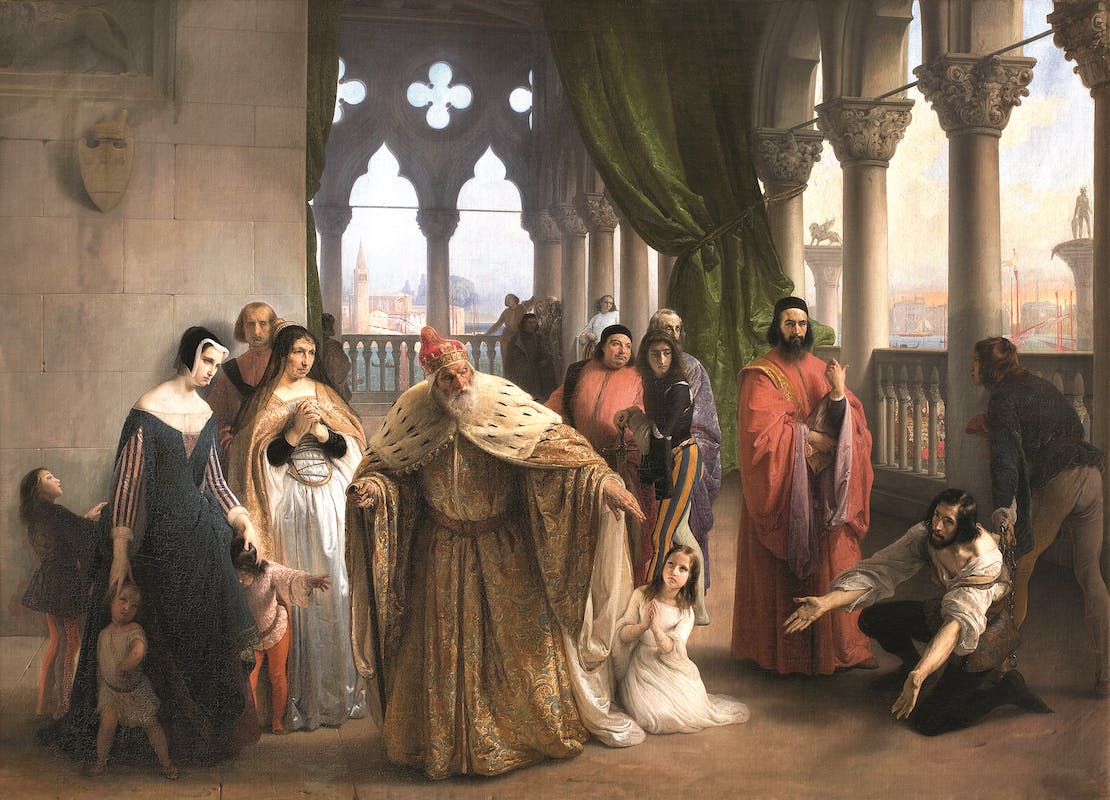 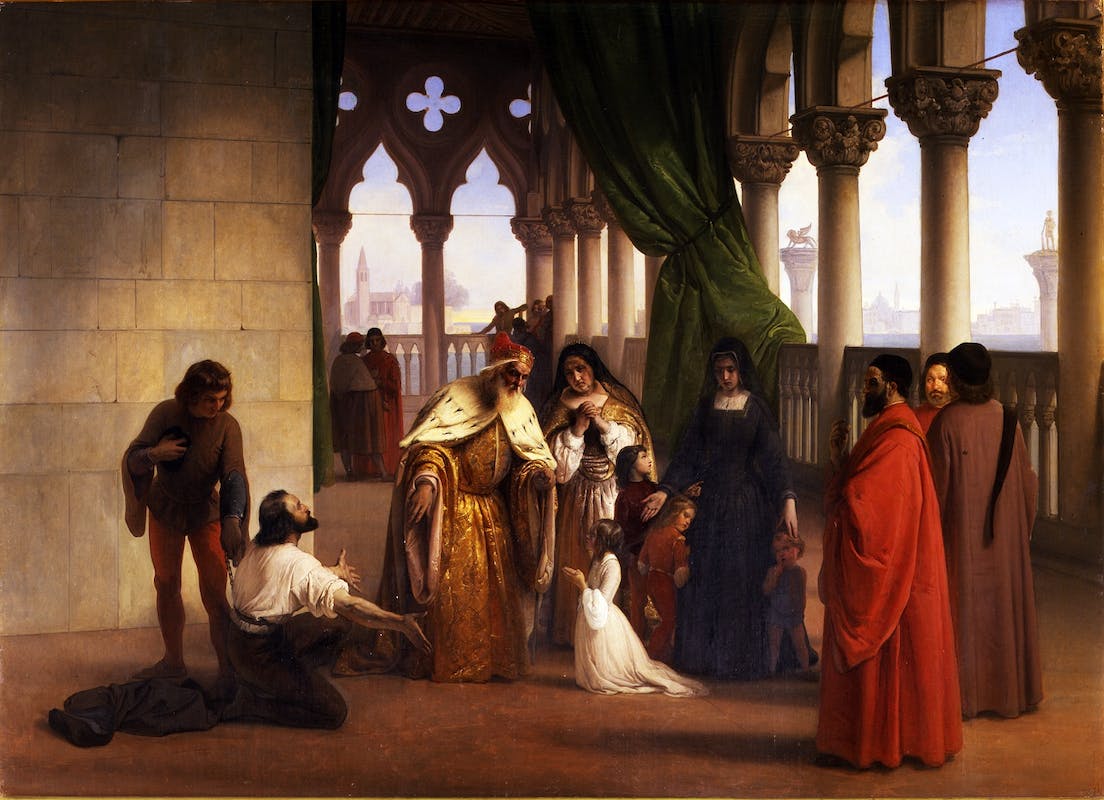 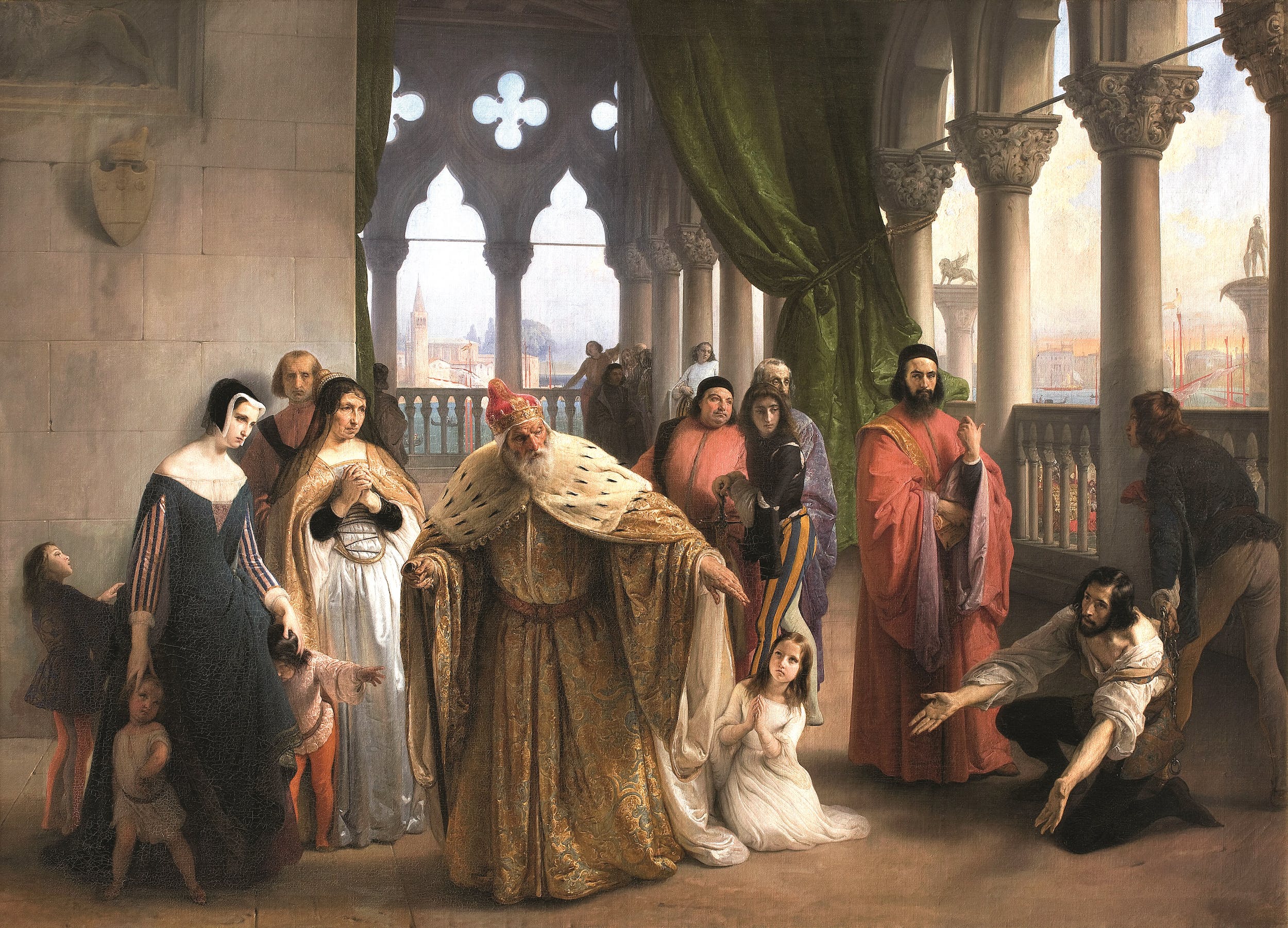 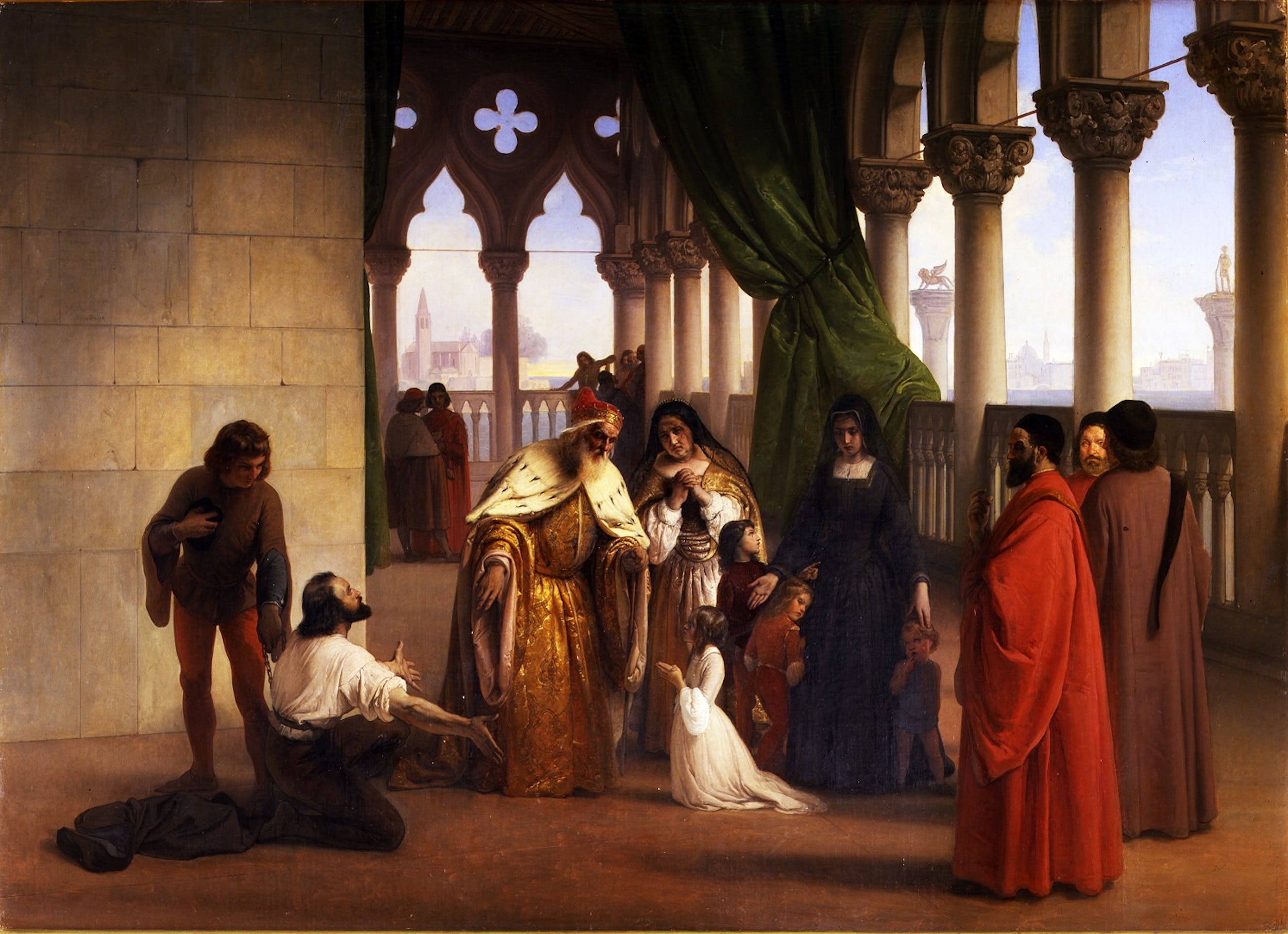