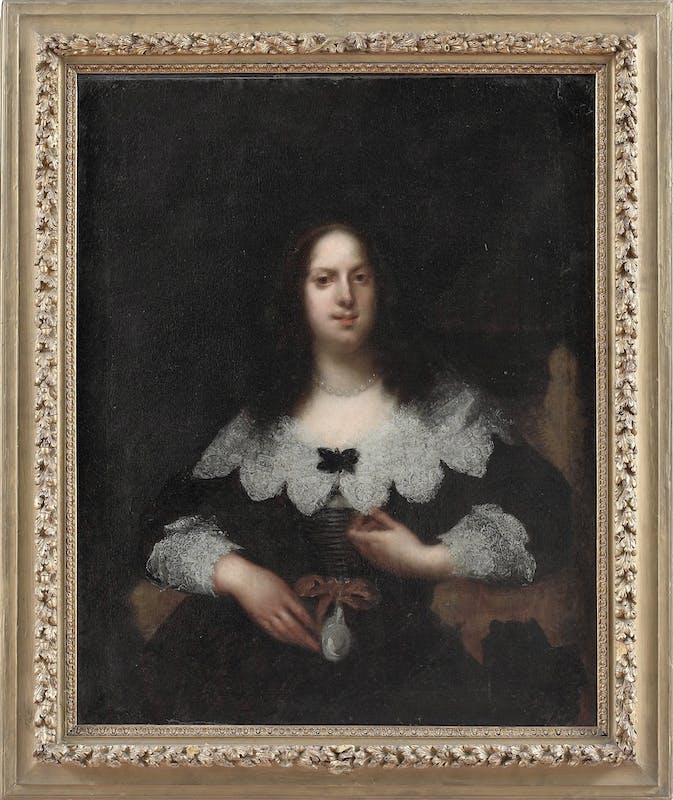 The only child of Claudia de’ Medici and Federigo Ubaldo della Rovere, Vittoria (1622-1694) became the sole heir to the Duchy of Urbino. From childhood, she was engaged to her cousin, Grand Duke Ferdinando II de’ Medici, with the aim of annexing the Grand Duchy of Tuscany to the Duchy of Urbino. The plan failed due to the early death of Vittoria's father, and the resulting extinction of the dynasty’s male line. The Duchy of Urbino passed to the Church of Rome, while Vittoria acted as intermediary for the transfer of the family’s art collection to Florence, where it still enriches the collections of the Uffizi Galleries and Palazzo Pitti. Vittoria and Ferdinando’s son, Cosimo III became Grand Duke in 1670.

The Grand Duchess, a woman with a lively, curious intellect, and great patron of the arts, is portrayed here in her twenties, by Francesco Furini. The Florentine artist has skilfully depicted her features, while quickly adding the apparently unfinished elements in the composition, like the chair on which she is seated, considered of secondary importance. The silver medal she wears seems to show her coat of arms: an oyster with a pearl inside.

The painting, which was commissioned by the Grand Duchess herself, was placed by her in the Villa of Poggio Imperiale.