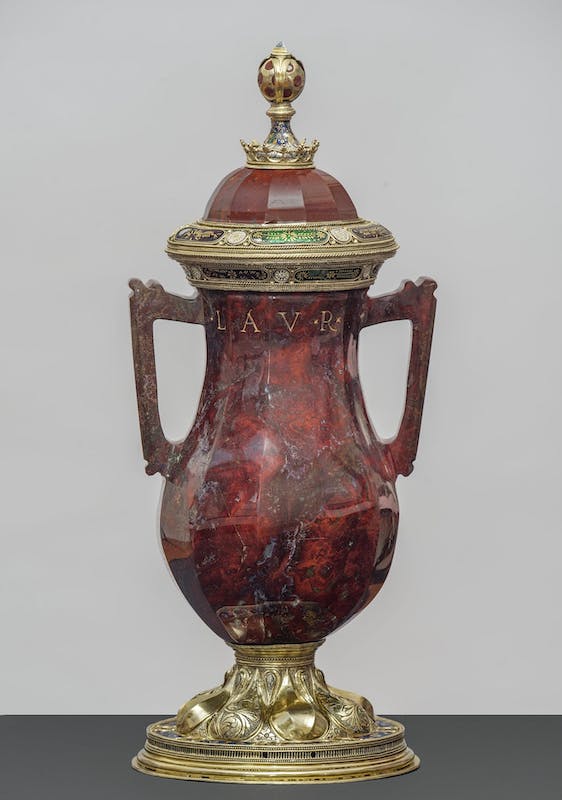 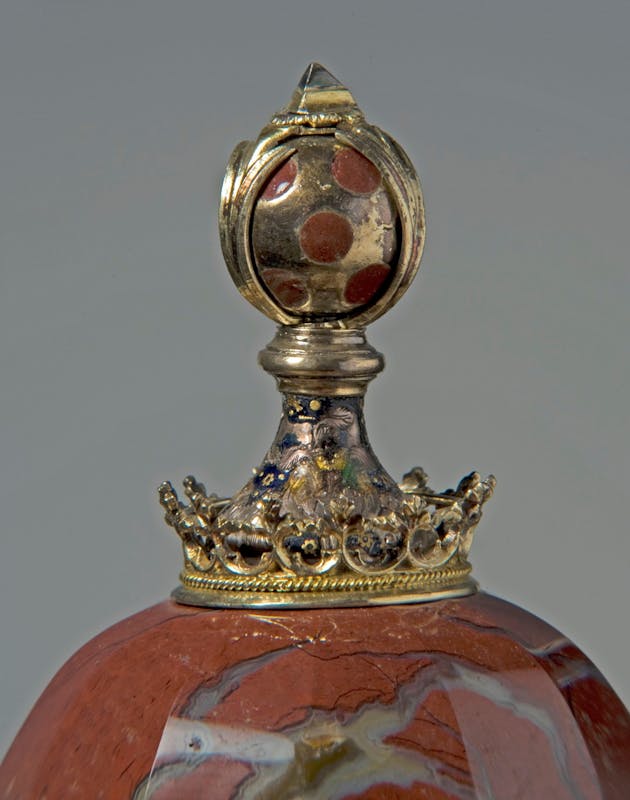 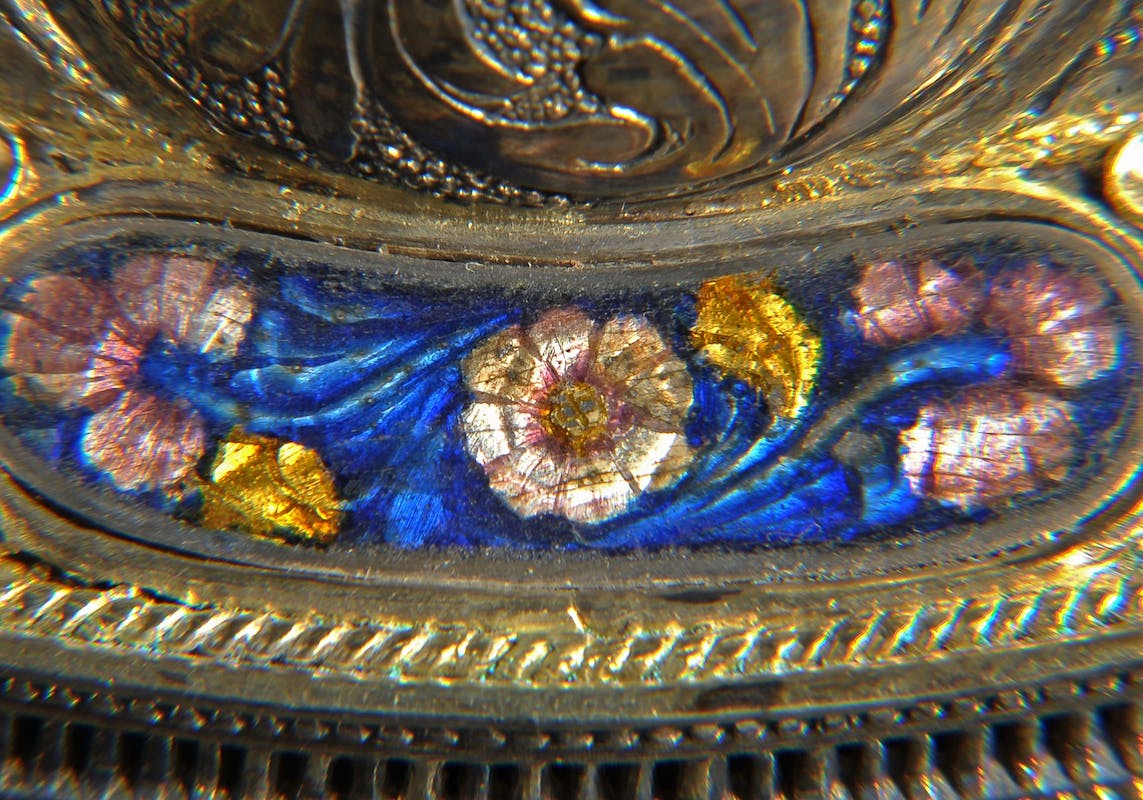 This two-handled vase, made in a single block of red jasper, sits on a circular silver base, decorated with large opposing flute design and inserts in translucent enamel, with plant and floral motifs. The mount of the lid - also in silver - features a depiction of the diamond ring and three feathers tied by a scroll marked “SEMPER”, used as their emblem by members of the Medici family since the mid-15th century. The lid is topped with a moving globe, decorated by balls in red enamel, a clear heraldic reference to the Medici’s coat-of-arms, under an element that again shows the diamond ring. The vase is marked with the letters “·LAV·R·MED·”, the initials of Lorenzo de’ Medici, known as the Magnificent.

This piece has been identified as the “jasper pitcher with lid, bonded in silver”, mentioned among the possessions of Piero de’ Medici from 1456. There is a more detailed description of the vase in the inventory drawn up on the death of Lorenzo the Magnificent (1492), where its value is estimated at the considerable sum of 600 florins. After the Medici family was banished from Florence in 1494, the vase finished in the hands of the Tornabuoni family, at the head of the Roman branch of the Medici bank. It was brought to Rome in 1495, together with other precious items from Lorenzo's property, and was probably recovered by Pope Clement VII, given that it is mentioned in a group of vases that belonged to the Magnificent and transformed into Lipsanoteche (reliquary vases), and donated by the Pope to the basilica of San Lorenzo in Florence in 1532. The vase remained in the Tribuna delle Reliquie, an area of the church designed by Michelangelo, until 1785, when it was transferred to the Uffizi Galleries along with twenty-nine other pietra dura vases, before being moved to the Treasury of the Grand Dukes in 1921.

The shape of the red jasper vase would seem to link it back to similar Venetian examples from the 14th century, while the mount has been attributed to the artistic community of Florence, and can be dated to around 1460-1465.