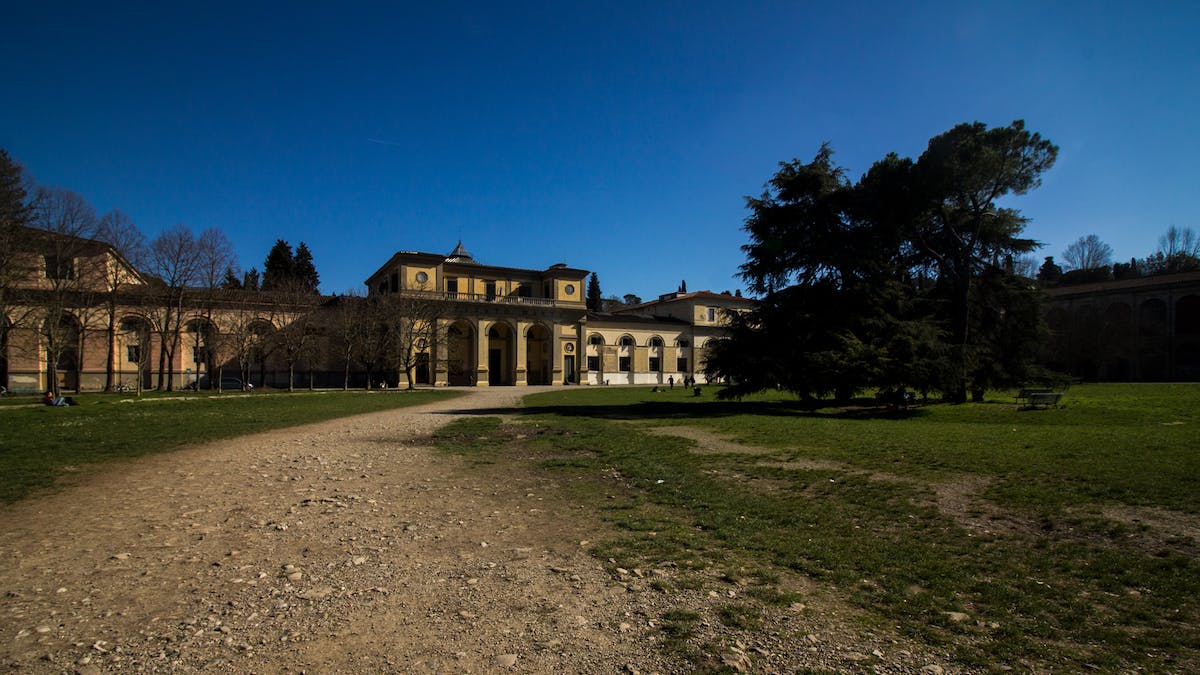 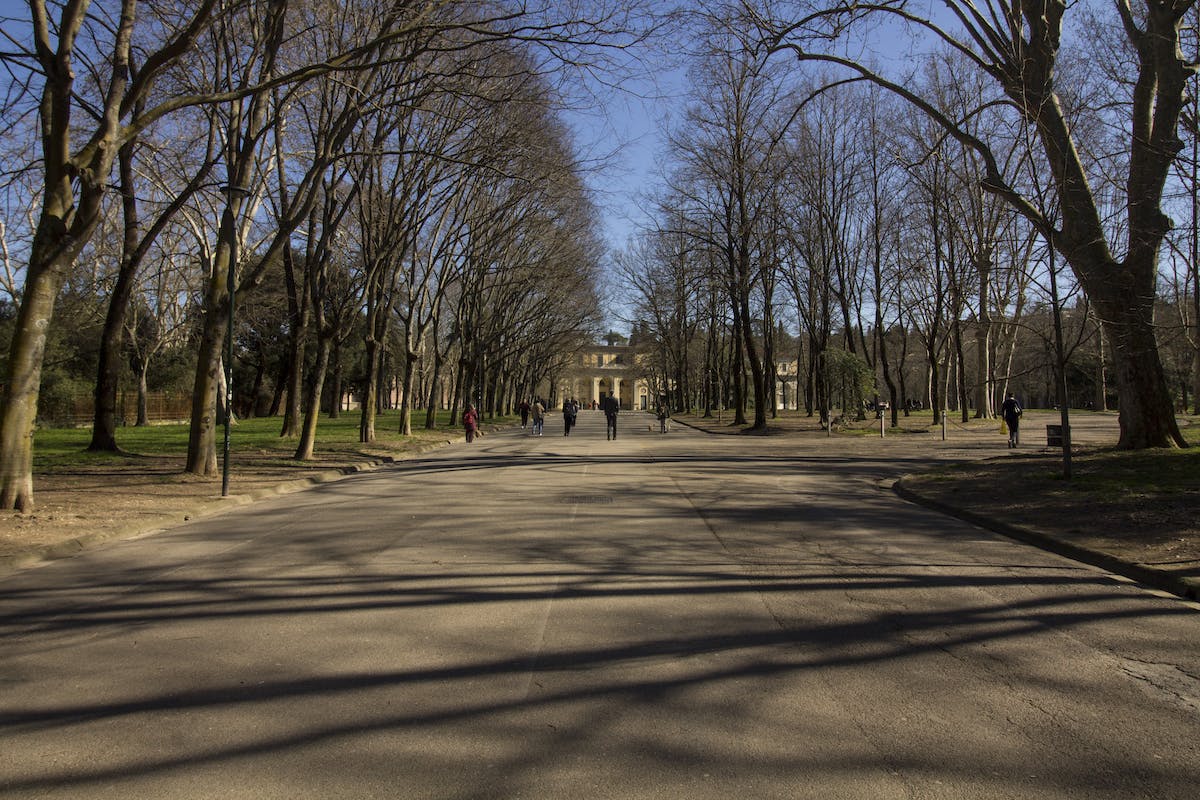 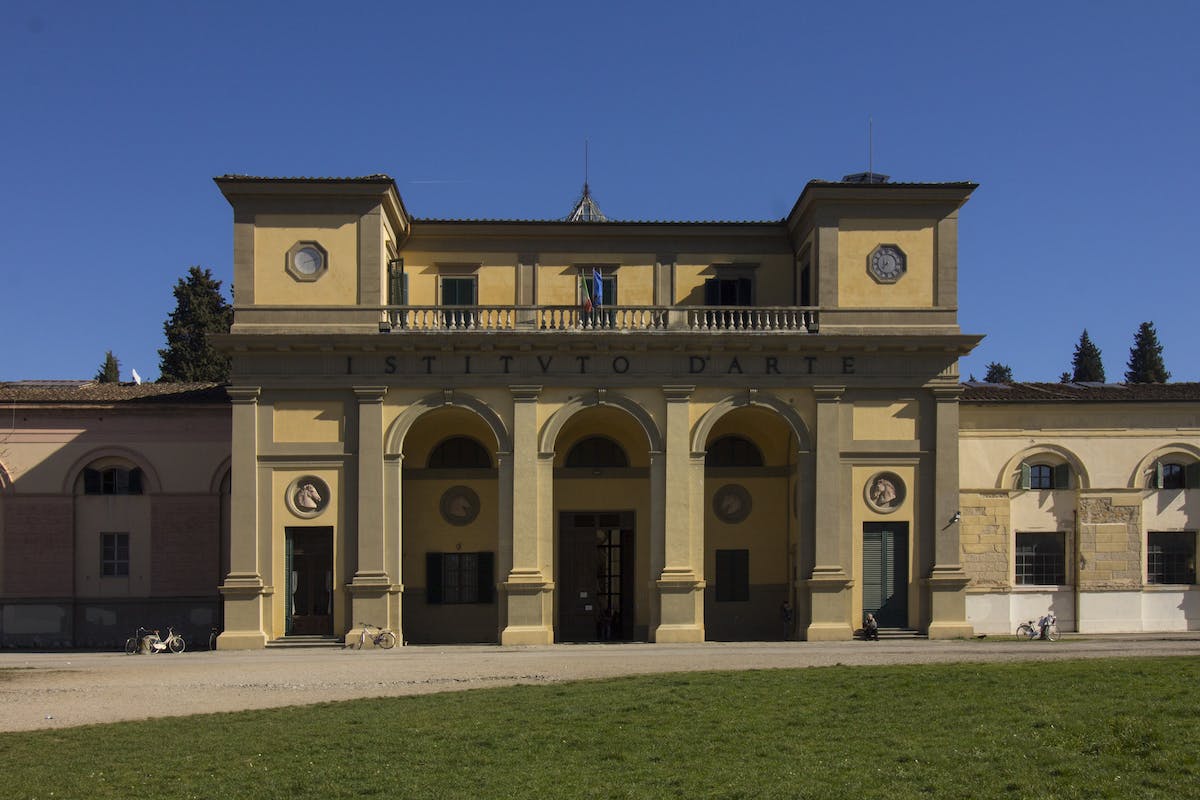 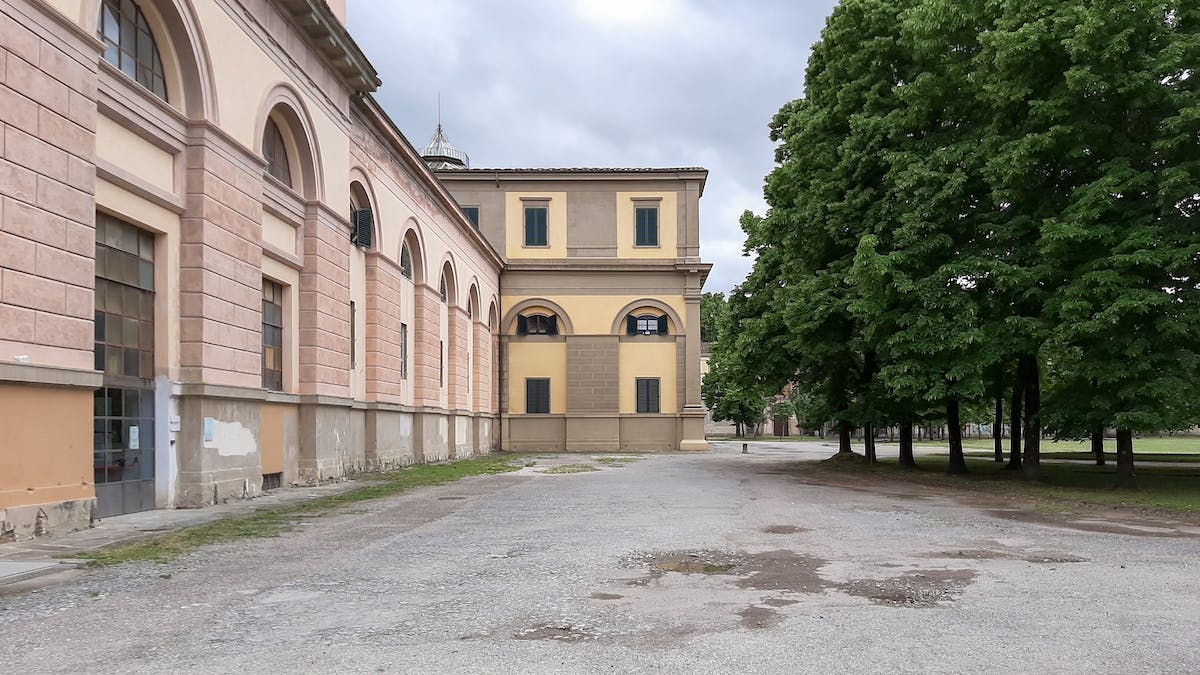 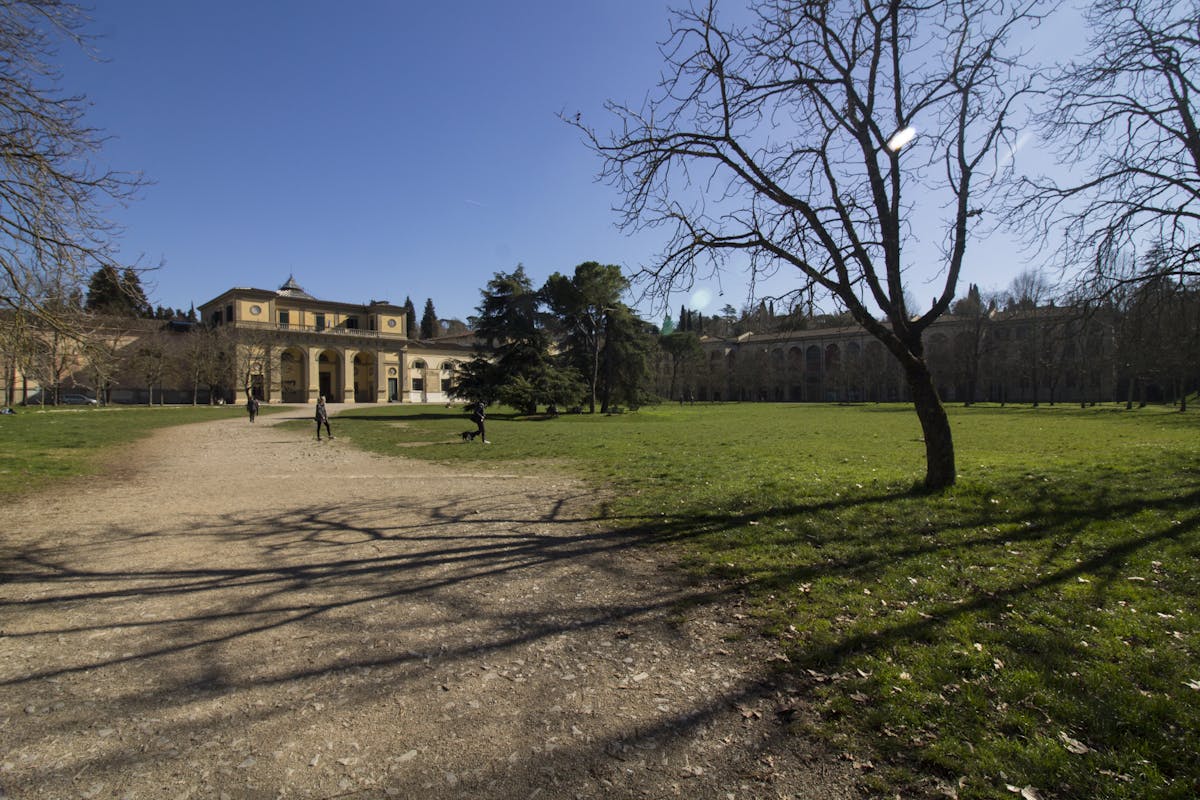 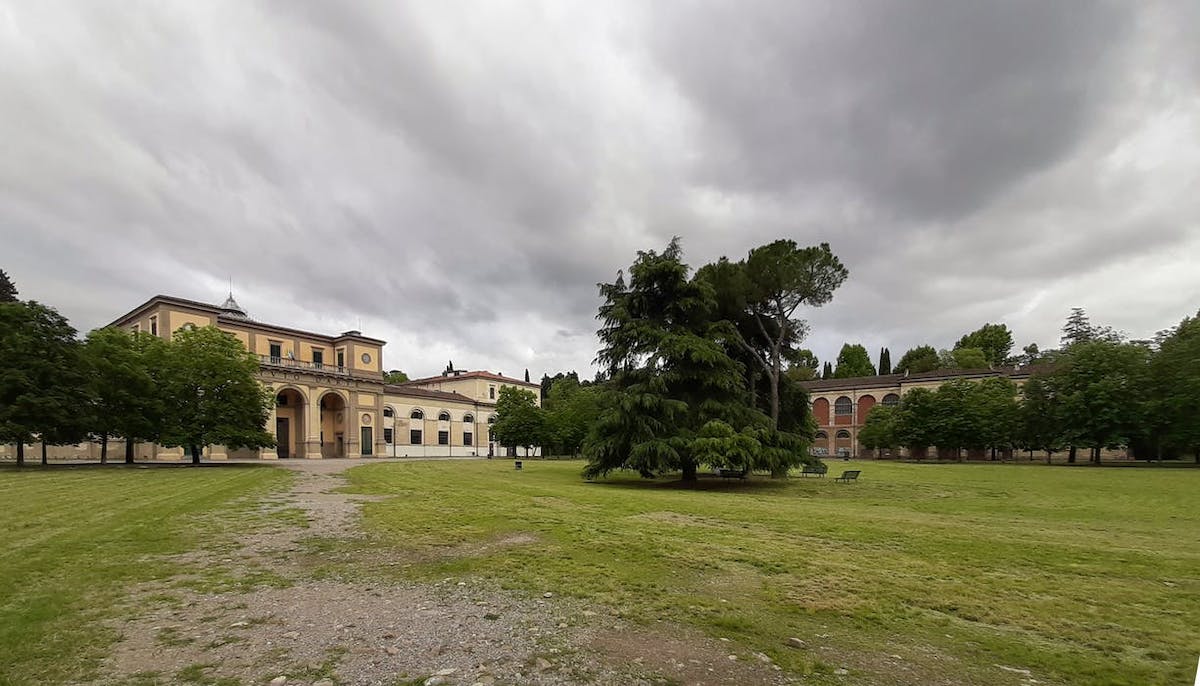 The complex consists in a large, grassy area spanning over six hectares, which extends from the southern border of the Boboli Gardens to Viale Macchiavelli. Due to its location, and the historical memories it harbours, it is an important appendage to the Boboli Gardens, linking them to Viale dei Colli.

The buildings that make up the complex of the Royal Stables were built in the short period in which Florence became capital of the Kingdom of Italy, to provide Palazzo Pitti, which was home to Victor Emmanuel II, with wide, modern spaces for the royal horses, carriages and stable staff. The Garden of the Royal Stables, located south of the Boboli Gardens, hosts the Stable building, currently home to the High School of the Arts of Porta Romana, the Pagliere (Hay House)building and somesmaller buildings where the Equine Hospital, Farriery  and kennels were housed.

Credit for the design of the entire complex is due to architect Fabio Nuti, employed by the Scrittoio delle Regie Fabbriche (Royal Building Bureau) around 1830 as “Assistant Architect” and, in 1860, promoted to “1st class Architect” of the State Directorate General of Water, Road and Civil Building Works.

An architect named Barberis, documented as having worked in Florence between 1867 and 1869 in the capacity of“Applied Architect of the Ministry of the Royal Household”, also collaborated in reviewing the design and supervising the works during the construction of the Pagliere building.

Built between 1867 and 1869 to store straw, hay and fodder, the property consists of a long unitin the form of a parallelepiped, divided into two levels, with the end portions extending on the side facing towards the Garden. These are flanked by two cubic blocks spanning three levels, in which the top floors were originally used as the staff quarters, and the ground floor was reserved for the horses. The ground floor, used at the time as stables, and for housing carriages and gigs, presents a succession of pillars and arches that support the ribbed vault covering. On the south side, looking towards Viale Machiavelli, an arched colonnade present throughout the central part leadsdirectly on to the first floor and the area used for storing fodder. This was offloaded from carriages that could drive straight inside, following a route still marked today by the flooring in pietra serena that interrupts the continuous terracotta floor present elsewhere.  The covering is structured with massive woodentrusses that support the sides of the roof. On the north side, large arched openings, closed with the characteristic architectural motif of brick latticework, favour the ventilation needed to store the straw effectively, an element also aided by the north-south orientation of the building.

After the status of capital city of Italy was transferred to Rome, the original function of the entire building complex was lost and it was left unused until 1919, when it was assigned to the Royal Art Institute, which moved its collection of plaster models based on ancient models into the central room of the formerStable.

In the following years, the Pagliere building fell into disuse again, until the early 1930s, when it was used as the setting for the scenography workshops of the City Theatre. Later, from 1950 to 1987, part of the building was used, again by the City Theatre, but this time as a warehouse, while a portion of the ground floor was occupied by some of the workshops of the nearby Art Institute.

Rules and Opening Hours of the Garden of the Royal Stables