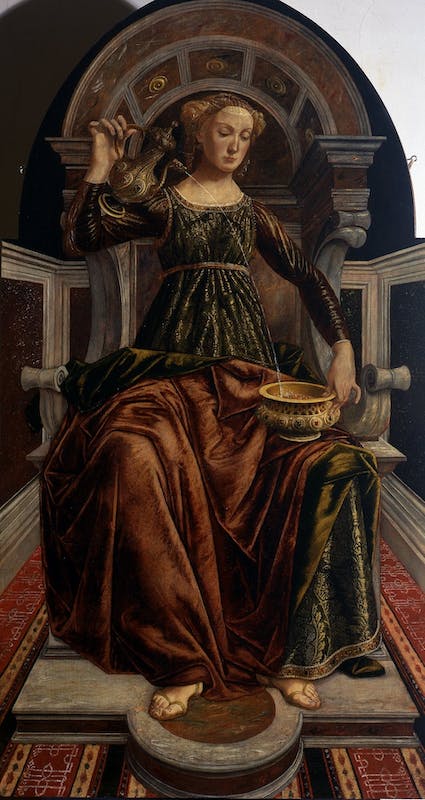 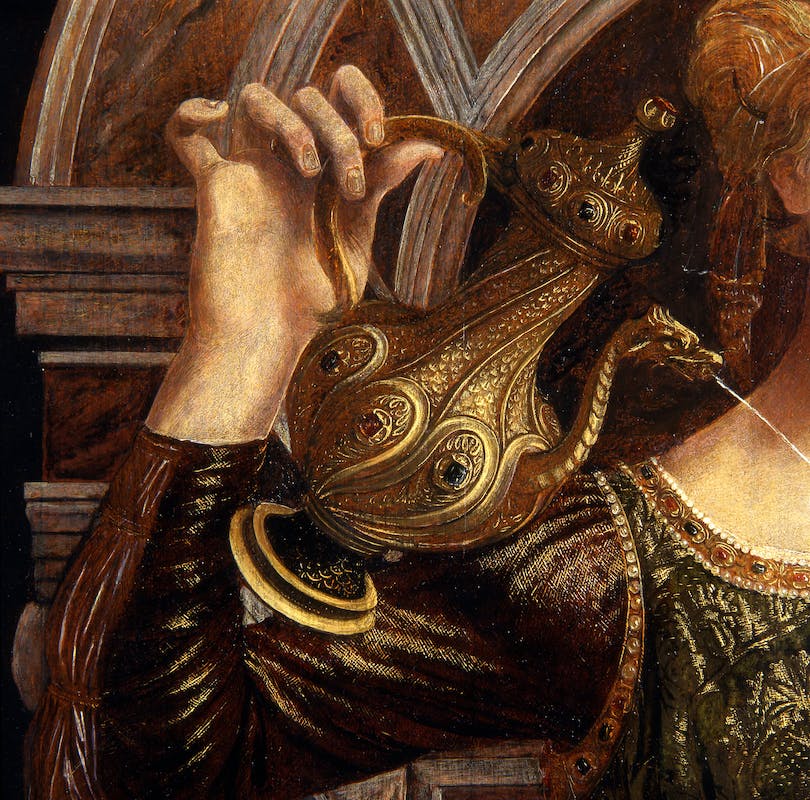 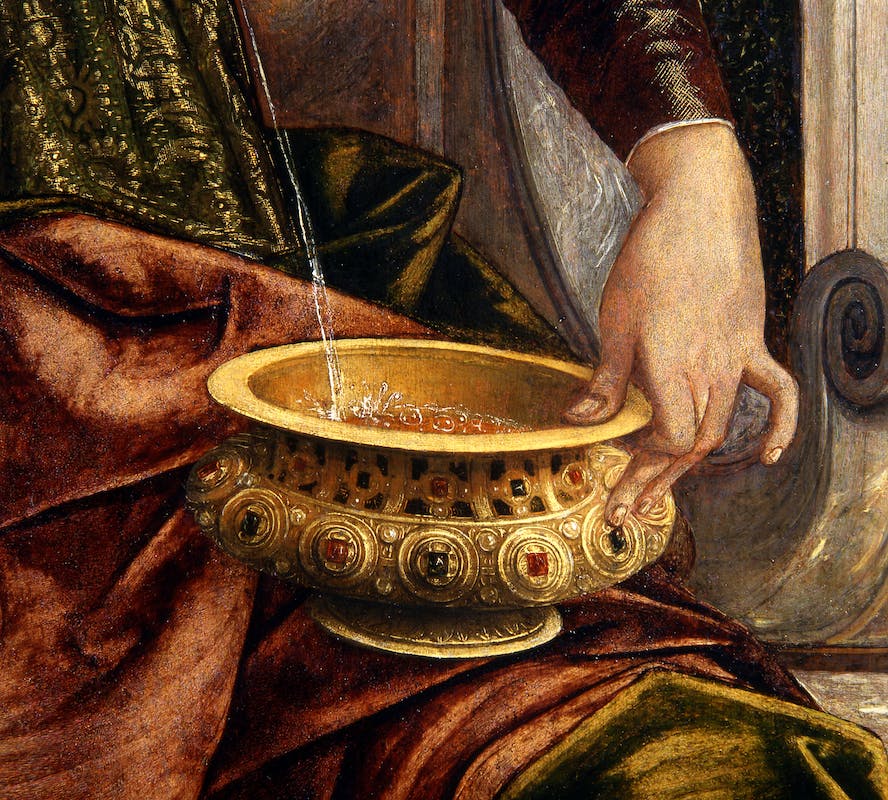 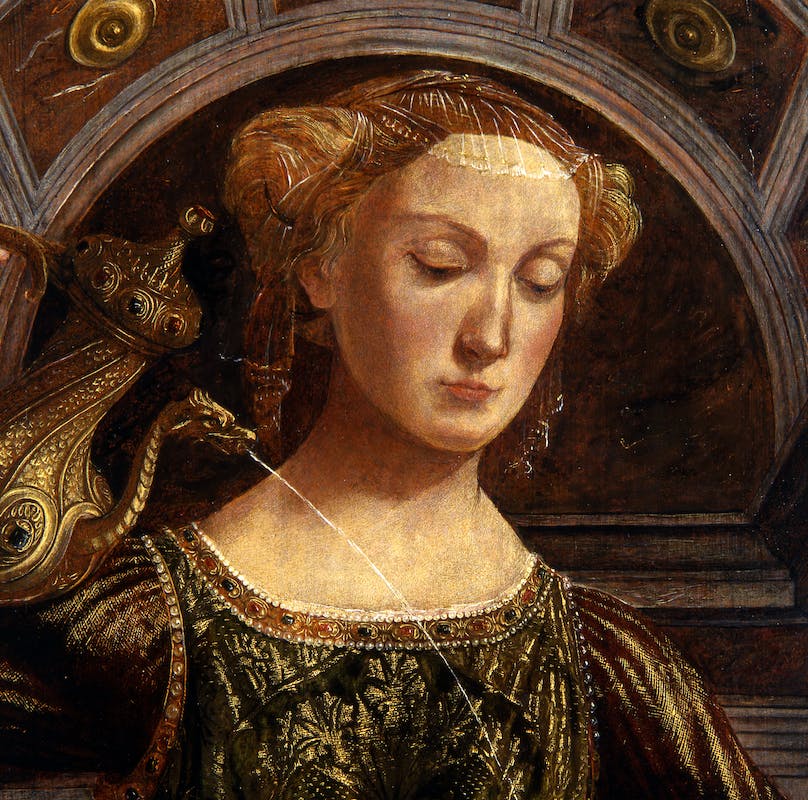 Temperance, considered as the capacity for moderation and the right measure, is shown here as a young woman in the process of mixing hot and cold water, pouring it from a ewer to a basin According to Christian doctrine, she is one of the four cardinal Virtues, together with Fortitude, Justice and Prudence.  The panel is part of a cycle of paintings dedicated to the Virtues and commissioned from Piero del Pollaiolo in 1469. The cycle was for the Tribunale di Mercanzia in Piazza della Signoria, Florence and is now in the Uffizi Galleries. This panel, together with Faith, was painted before summer of 1470, partly fulfilling the contract that obliged the painter to provide two panels with the Virtues every three months, starting from 1 January 1470, for a payment of 20 florins for each one.

The careful depiction of the jug and metal basin, decorated with precious stones, reflects Piero’s familiarity with goldsmithing, practised by his older brother, Antonio, at extremely high levels.

The support of the painting, as for the other five Virtues painted by  Pollaiolo – Fortitude was painted by Sandro Botticelli - consists of planks in cypress, a wood able to resist the attack of wood-eating insects and damp.