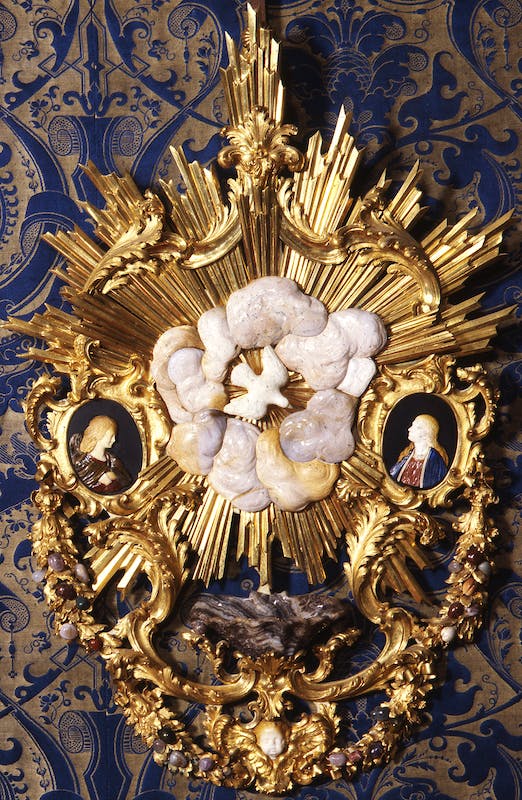 This work is the result of the artistic excellence of the Galleria dei Lavori, and was recorded in documents as finished in September 1704 and ready to be sent to Germany. Designed for private worship, this opulent stoup was part, together with the prie-dieu of the Electress Palatine (Inv. OdA 1911, no. 836) and the Elector Palatine’s cabinet (Inv. OdA 1911, no. 909), of a core collection of masterpieces made with a good deal of use of semiprecious stones and sent to  Düsseldorf as a gift by Cosimo III de’ Medici to his daughter, Anna Maria Luisa, bride of Prince Elector Palatine Johann Wilhelm of Neuburg, returning to Pitti Palace in 1717, when the widowed Medici princess came back to Florence.

This devotional piece is linked to the work of Giovan Battista Foggini, artist at the Medici court. It shows links with Roman baroque sculpture, from the artist’s period at the Academy in Palazzo Madama, Rome, founded by Cosimo III de’ Medici in 1673 to offer the artists of the grand duchy an occasion to learn, compare and refresh their skills. The flamboyant gilded bronzes, cast under the direct supervision of Foggini, almost dominates the semiprecious stone elements used to create the dove representing the Holy Spirit (chalcedony from Volterra), the holy water stoup in the form of a shell valve (chalcedony from Graubünden), the fruits used on the festoons, and the Annunciation in the two mosaic oval medallions. This last image, which was particularly dear to the Grand Duke, appears on other gifts intended for the sovereigns of the courts of Europe and here it faithfully reproduces the model of the 14th-century fresco in the Marian shrine of the Santissima Annunziata, greatly venerated by the people of Florence. 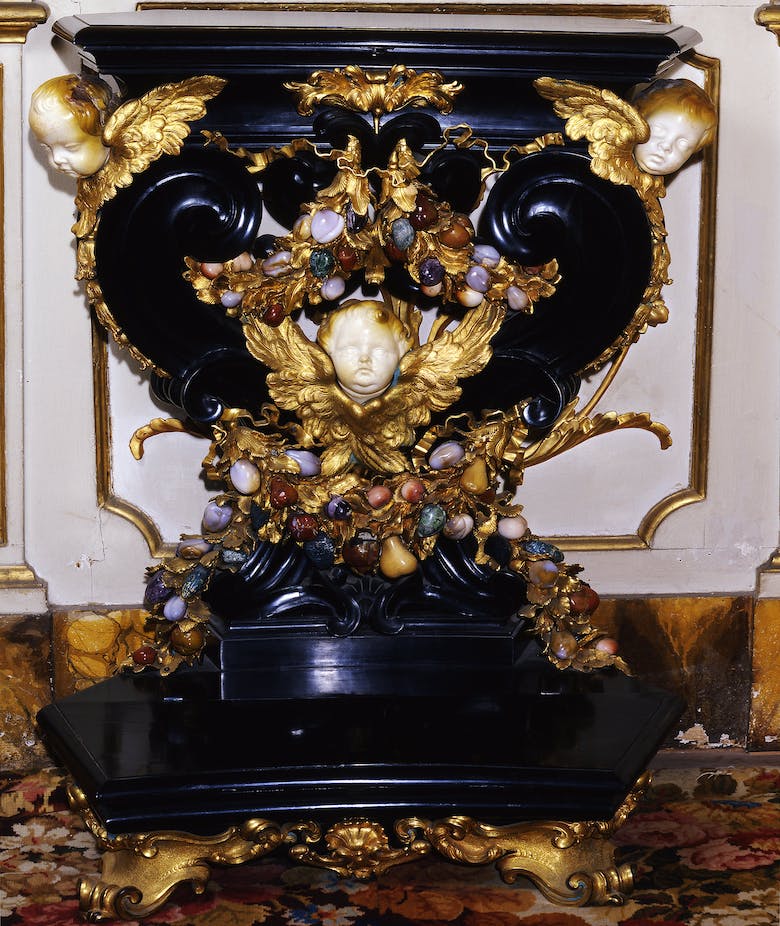 Prie-dieu of the Electress Palatine 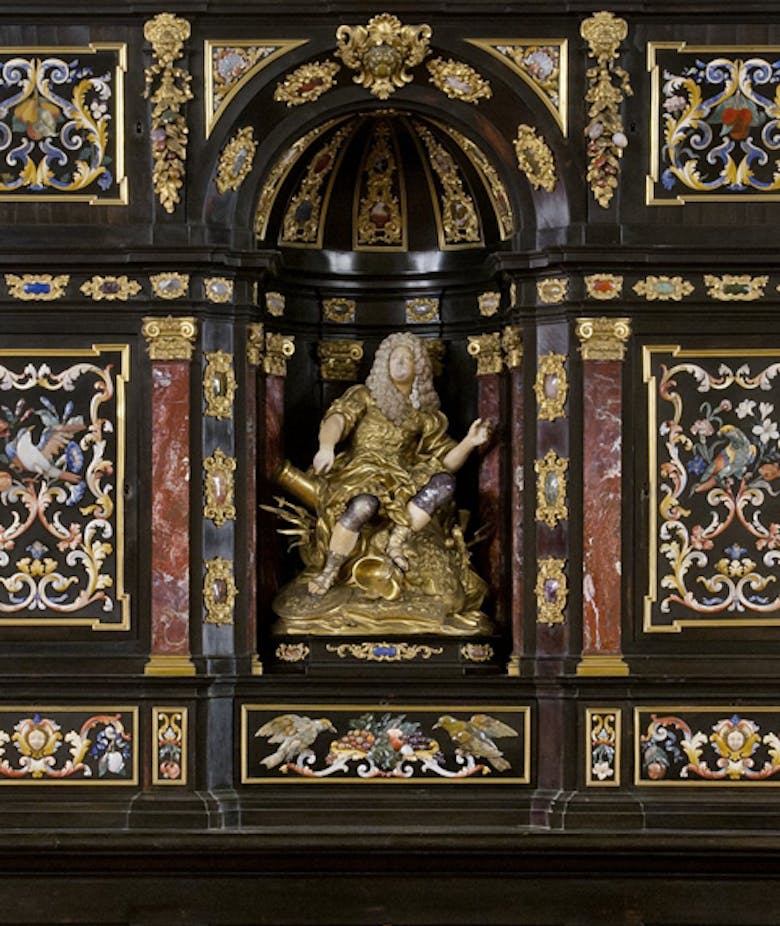