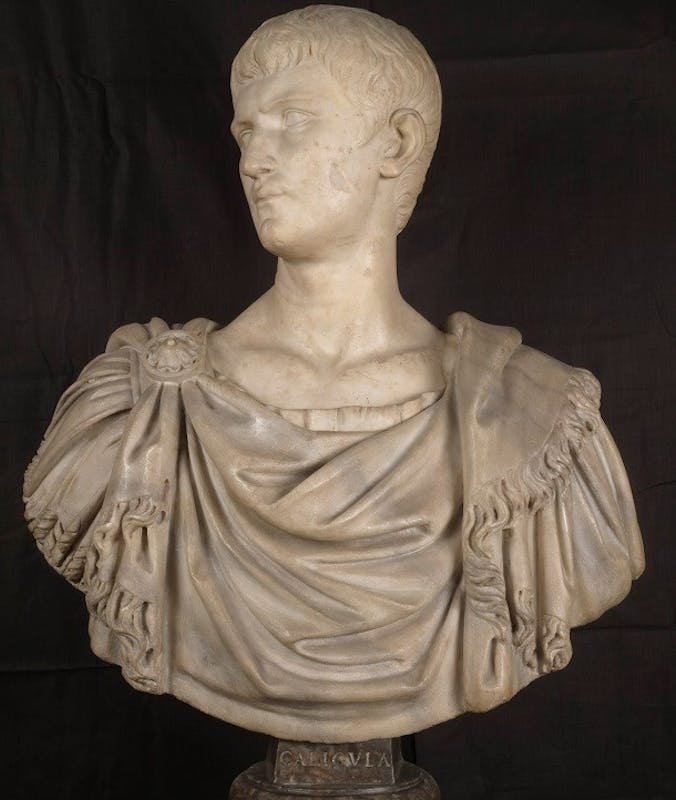 This piece was originally part of the Ludovisi Collection in Rome. It is a marble bust and was bought by Cardinal Leopoldo de’ Medici in 1669, before joining the Gallery collection on the cardinal’s death (1675). The subject is a clean-shaven youth with a proud, resolute expression on his face, which is turned to the right due to the strong twist to the neck. The man is wearing armour, partially hidden under the drapes of a cloak, fastened by a circular fibula on his right shoulder. For many years the subject was identified as the Roman emperor, Caligula; however, based on later studies, it is thought that the facial features are more similar to those of Postumus Agrippa, son of Marcus Vipsanius Agrippa and Julia the Elder, daughter of Augustus. The youth, given the name Postumus because he was born after his father’s death, was not immediately adopted by his grandfather Augustus, unlike his brothers, Gaius and Lucius. It was only in 4 A.D., after the premature death of his brothers, Augustus recognised Agrippa as his successor. This affiliation lasted only a few years because the young man’s violent, unstable character meant that he was removed from court and exiled on the island of Pianosa, in the Tuscan archipelago, where he lived in a sumptuous villa, the remains of which are still visible today. It was here that he was killed in 14 A.D., perhaps at the wishes of Augustus’ successor, Tiberius. The character portrayed has been sculpted shortly before a A.D. Some parts of the nose, the ears and shoulders are later additions.