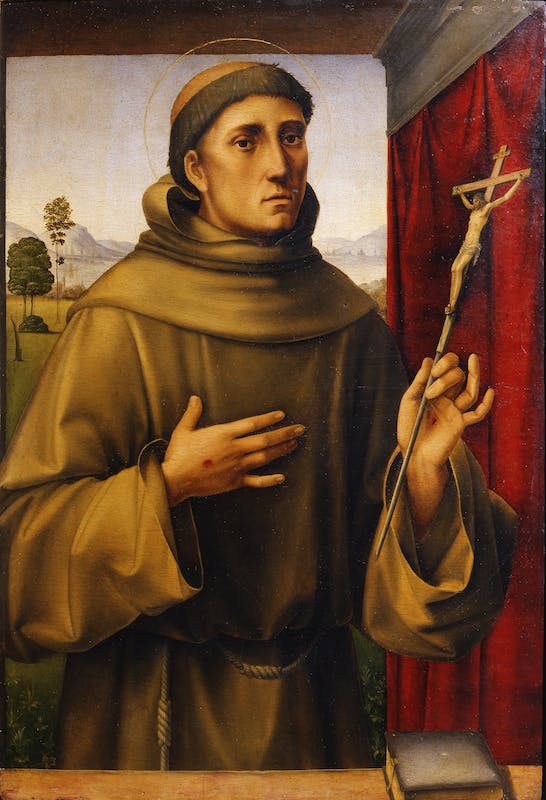 Francis of Assisi is gently holding a small processional cross, an item often linked to private worship. His hands are on show, with marks of the stigmata miraculously received during a mystic vision. The scene takes place in a small, private setting, open onto a quiet country scene. The saint has a young, well-characterised face that would seem to be the portrait of a man dressed as St Francis.

A clear light clearly outlines details such as in Flemish painting, traditions that also include the invention of the prayer book, resting on a parapet in the foreground. The work is commonly thought to be Francesco Francia, protagonist of the artistic scene in Bologna from the time of  Bentivoglio rule. The calligraphic rendering and attention to detail may also be due to Francesco Francia’s familiarity with goldsmith techniques, an art he practised successfully, especially during his youth.

Alessandro Contini Bonacossi bought the panel from a collector in Bergamo, Gustavo Frizzoni, together with other works from the Po valley area, including the Portrait of a Young Man by Giovanni Antonio Boltraffio (https://www.uffizi.it/opere/ritratto-boltraffio) and two panels by Bernardino Zenale, also now in the Uffizi.