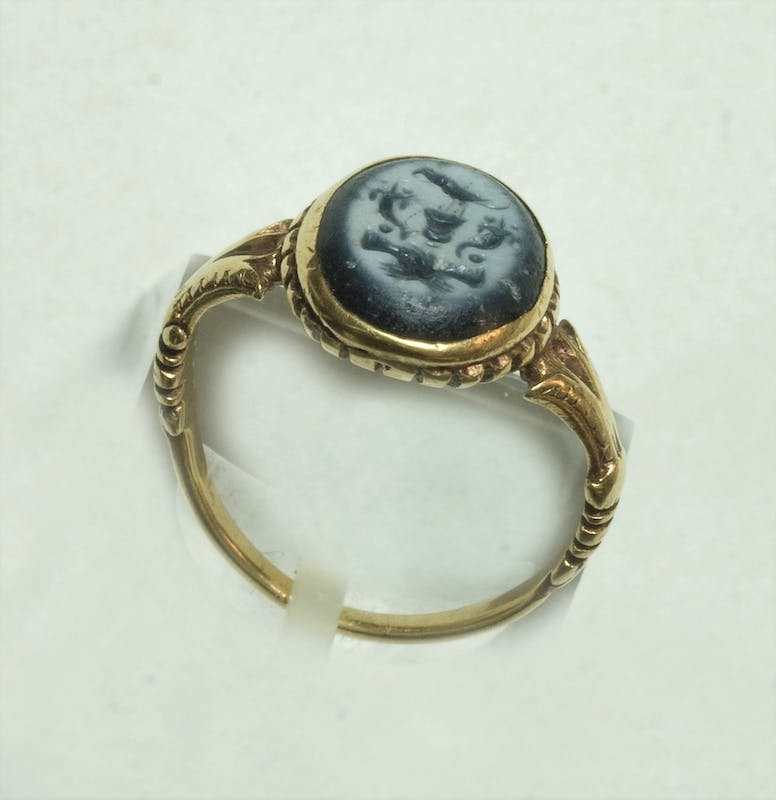 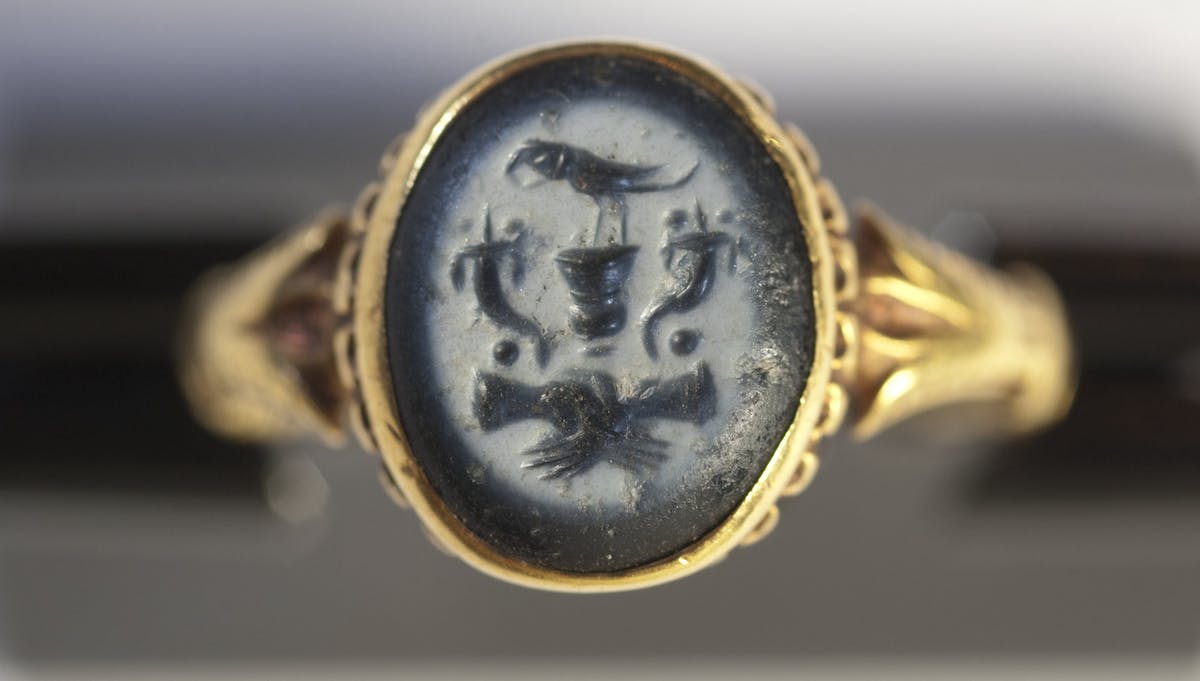 This ring, in finely chiselled gold, has a ribbon band that culminates in an oval setting, decorated on the back by a five-petalled flower. In the setting is a carved piece of nìccolo (from onychĭnus “in onyx”) showing two joined right hands, topped by two cornucopias and a crater on which a bird with a long tail and curved beak - a parrot - is sitting. The top layer or the stone is a pale dull grey - cerulean; the bottom is black with brown tones.

The jewel was found in the tomb of Eleonor of Toledo, when the Medici tombs inside the Basilica of San Lorenzo in Florence were opened in 1857. It was moved to the National Museum of Bargello in November 1948 and then to its current home. This piece is one of the few examples of non-religious jewellery from the period of Cosimo I de’ Medici, Eleonor’s husband, which survived the losses and destruction suffered by almost all of the precious ornaments that belonged to the first dukes of Florence over the centuries.

The ring was certainly a gift from Cosimo to Eleonora, dating back to a period around their wedding, celebrated in Naples by proxy in March 1539. This can be seen in the singular iconography of the stone. Since ancient times, the cornucopia decoration, associated with that of two hands entwined, the so-called dextrarum iunctio, was a marriage symbol and more generally, it represented good fortune, union, and faithfulness. One might suppose that due to its particular sentimental value, Eleonor chose not to be separated from this piece of jewellery, even after death. Her attachment to this jewel is also seen in the splendid portrait by Agnolo Bronzino, now in the Národní Galerie in Prague, in which Eleonor can be seen wearing the ring on the little finger of her right hand. The timeframe for the painting, generally set by critics as 1543, gives a definite ante quem term for the creation of the mount, which was most likely the work of a Florentine goldsmith. The gem can be attributed to a Roman workshop from the 1st-2nd century A.D., due to the style of the carving and to its subject, comparable to those of a nìccolo set in a gold ring from the 1st century A.D., now in the Royal Coin Cabinet in The Hague