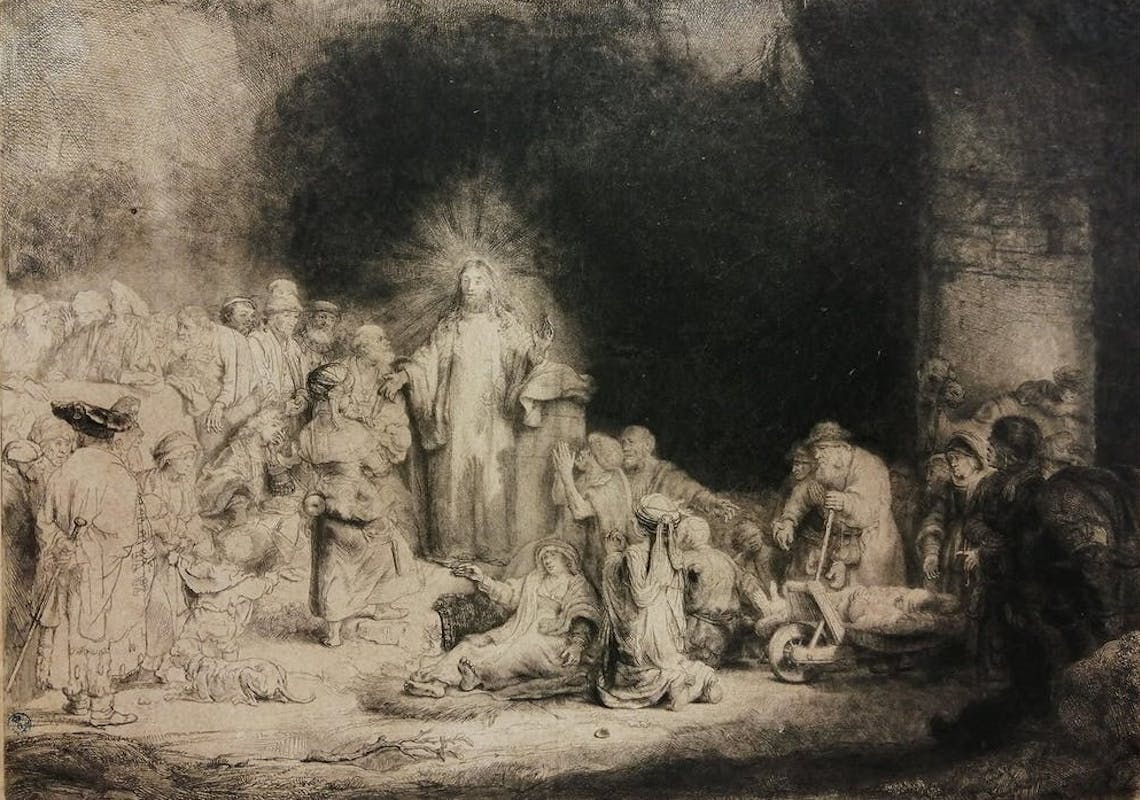 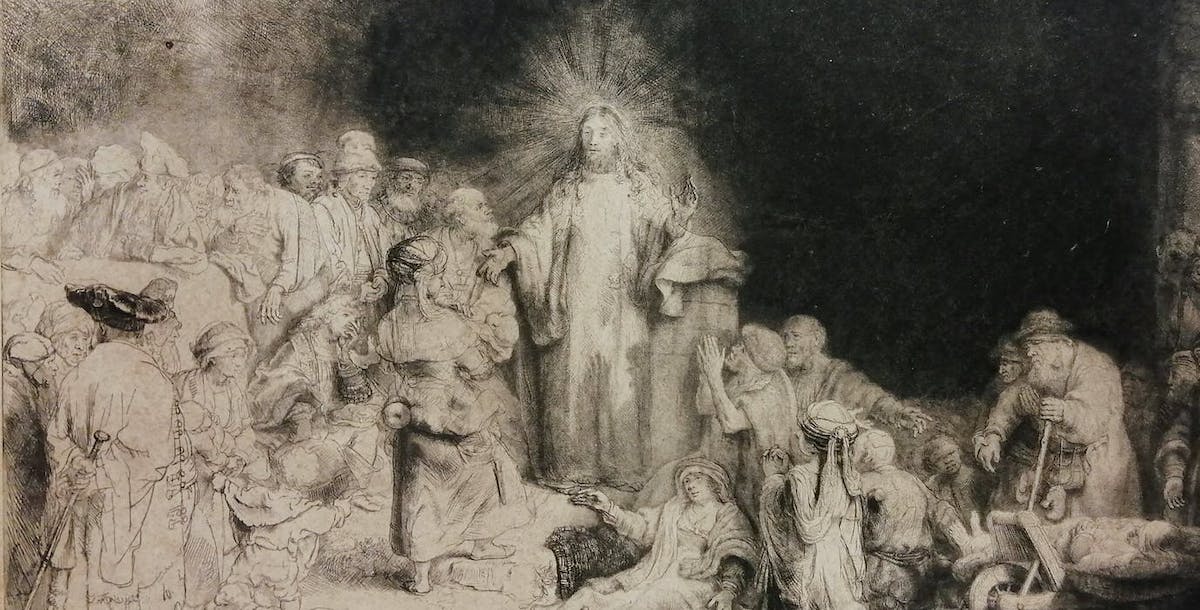 Jesus is the ultimate miraculous, salvific figure, presented here according to the evangelical story of Matthew (“Jesus left Galilee and went into the region of Judea to the other side of the Jordan. Large crowds followed Him, and He healed them there”, Matthew 19:1-2). Rembrandt joins together different episodes in a single scene, squaring them up against a personal and organic endeavour of interpretation. The result is one of his most famous engravings, which touches on the theme of healing people from sickness and of the purity of the soul - “Let the little children come to me, and do not hinder them, for the kingdom of heaven belongs to beings such as these” (Matthew 19:14).

The various gestures and different expressions of the depicted characters are surprising: a destitute humanity all keeping toa precise layout in relation to the figure of Christ: the sick are on his right, near his blessing hand and the children, accompanied by their mothers, are running in from the left, towards his receiving hand. A group of sceptical Pharisees (“Then some Pharisees came to him to test him.”, Matthew 19:3) opens the scene on the left and a camel closes it on the right in the background (“… it is easier for a camel to pass through the eye of a needle than for a rich man to enter the kingdom of God”, Mt 19:23).

The mixed technique used by Rembrandt in this work distinguishes the artist as an exceptional experimenter. Indeed, to make the printing plate, he juxtaposed acid engraving (etching) with precise, cutting direct burlin engraving, and the drypoint technique, using a metallic etching needle that yields a soft, velvety stroke. Only in this way could he achieve the deep blacks of the most impenetrable obscurity, counterposed with the blinding divine light obtained with the white of the paper. Christ is located in the centre, in the crucial point, where the contrast between light and shadow is the strongest. Between these two extremes, the sophisticated variations in the shades of grey add depth to the scene. Simple outlines trace the characters swathed in the light – such as the figure who appears to be the young rich guest invited in vain by Jesus to sell his possessions and follow him (Matthew 19:22), to whom the figure of the camel also refers – whereas dense parallel and crossed over outlines are used in the figures partially or fully visible in the shadow.

The large engraving is commonly known as “The thousand florin print”, probably a reference to its sale price. The sources also relate an anecdote according to which Rembrandt, who wanted to buy some prints belonging to Marcantonio Raimondi worth that same amount, is said to have bartered for them with a copy of this work.