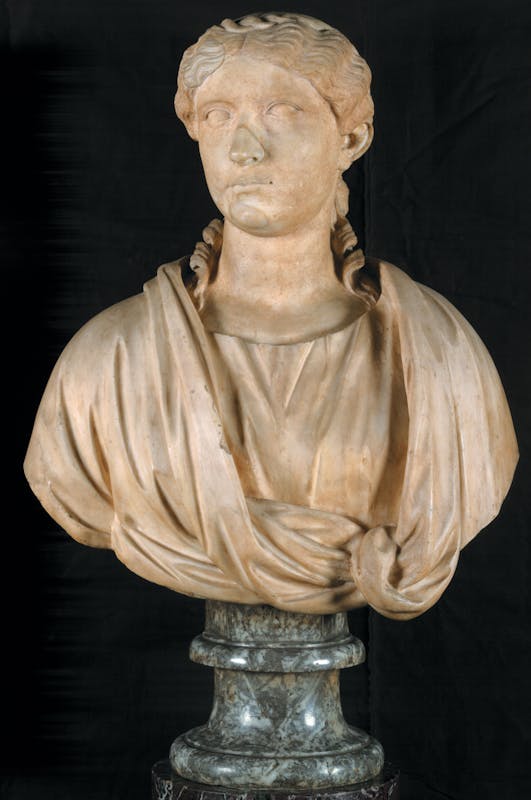 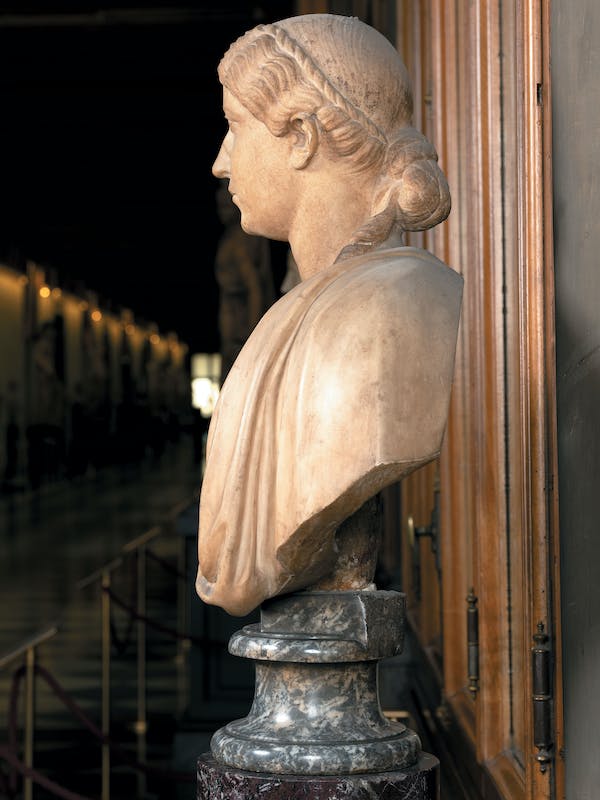 The portrait, probably created for funerary purposes, shows a private lady whose hairstyle reflects - as was customary in the imperial age - some of the characteristic features sported by the matrons of the domus Augusta. In particular, the hair is divided into two bands by a central parting and the ponytail recalls the first portrait type of Antonia Minor, in use from 16 BC, the year of her marriage to Drusus the Elder. The facial features of this unknown lady are soft, as are the waves of her hair which, parted in the middle, is arranged at the sides of the temples, and gathered behind the nape of the neck in a short, thick ponytail, folded back, from which two ringlets hang loose at the sides of the neck. This detail, typical of the depictions of certain divinities in the classical period, Venus in particular, had been taken up by the members of the imperial house as early as Livia and, by emulation, had also been adopted by their contemporaries as a symbol of beauty and fertility.

The erroneous identification of the portrait with the effigy of Agrippina the Elder, granddaughter of Augustus and Germanicus' wife, is certainly due to some formal similarities, but its deeper motivation lies in the great fascination exerted by this figure, who in life already became both a model to aspire to, for example for her prolificness and fidelity to the memory of her husband, and a negative exemplum, due to her ambition and her direct participation in the struggle for power within the imperial court.

The sculpture, of unknown provenance, has been in the Medici collections since at least 1676. The nose, part of the chin and left ear and a piece of the forehead are modern restorations, as is the bust on which the head now sits.