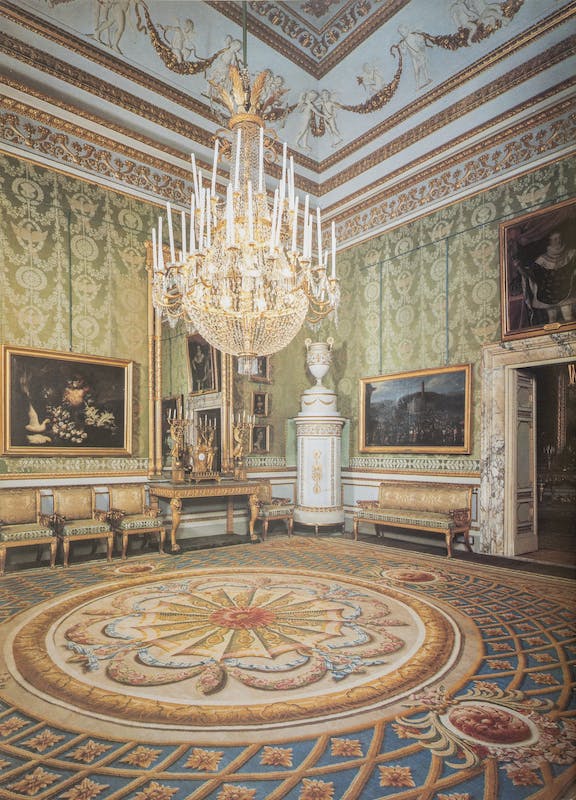 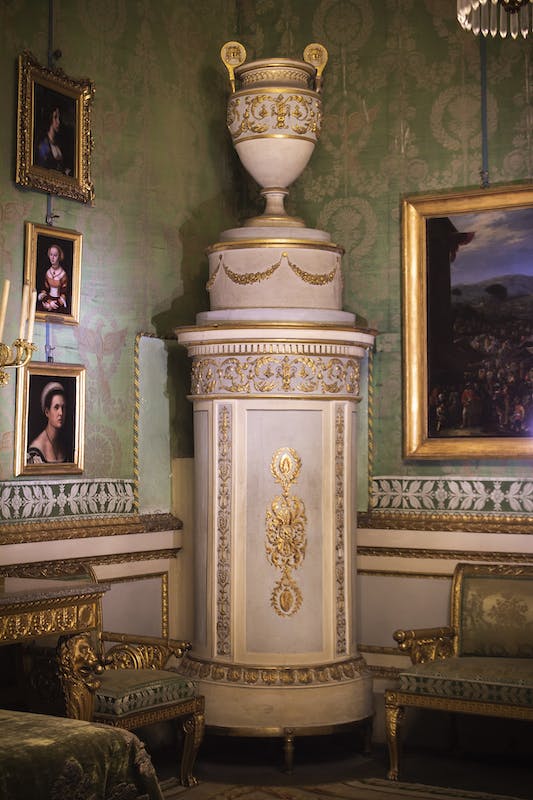 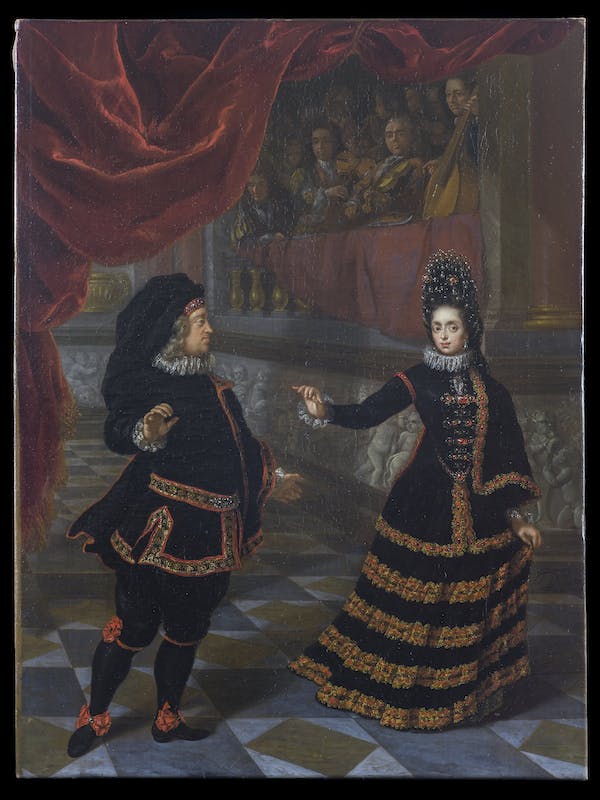 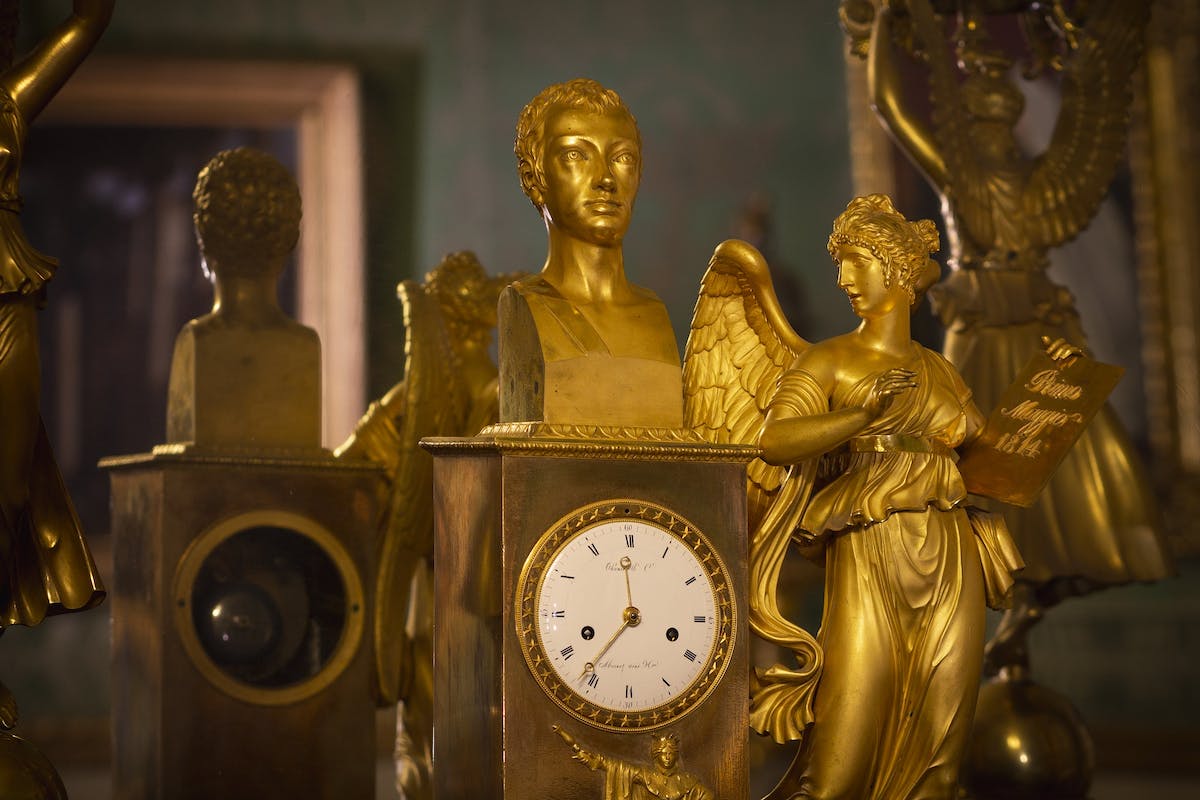 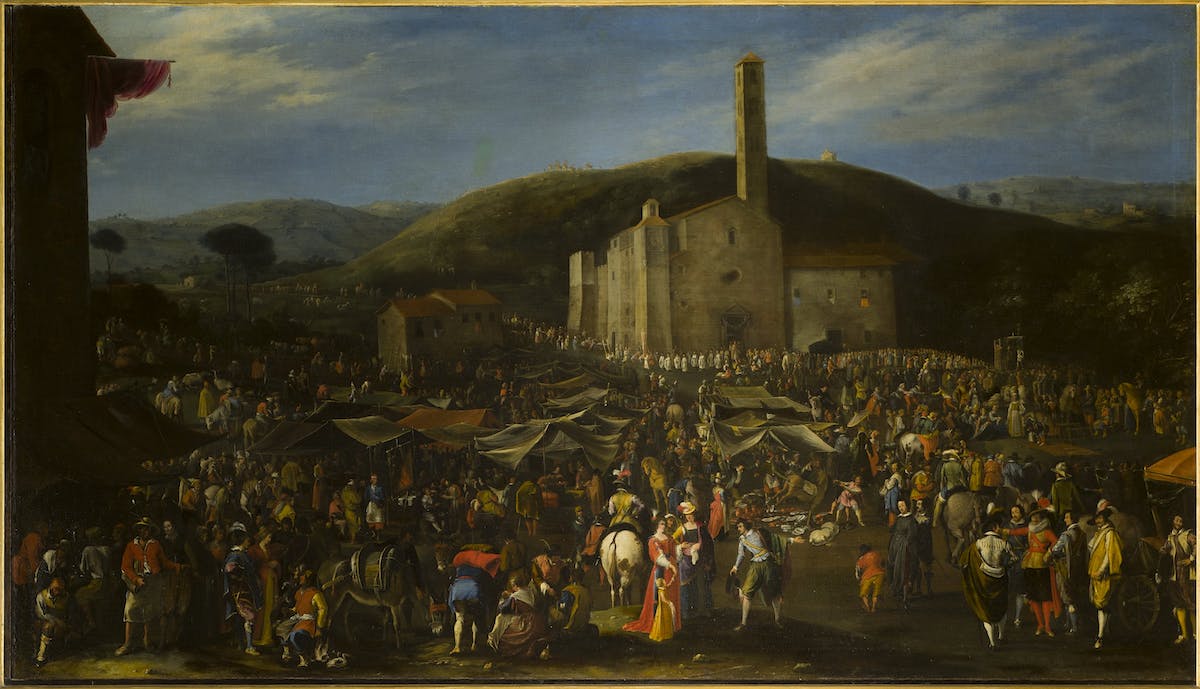 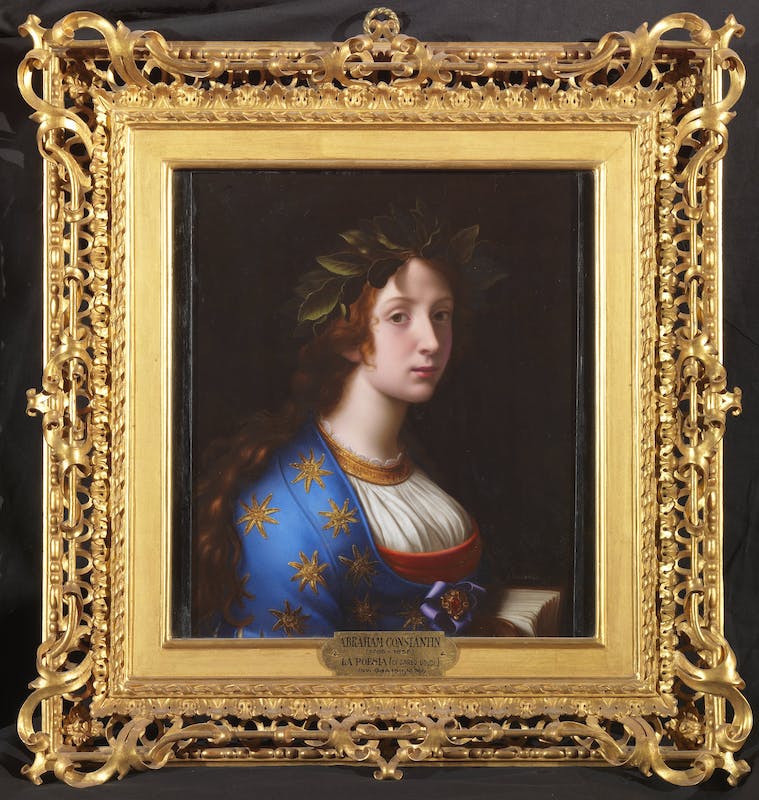 From the time of the Lorraines onwards, this room, because of its position, constituted the junction between the private apartments overlooking the inner courtyard of the Pitti Palace, known as the Dispensa, reserved for the grand dukes and then the king, and those overlooking the square, destined first for the Lorraine grand duchesses, then, during the Napoleonic period, for Maria Luisa di Borbone and Elisa Baciocchi, and finally for the queen.

The name was coined with Florentine wit and ironically refers to the heraldic motif of imperial eagles that recurs in the French wall hangings from around 1810, brought to Florence by Ferdinand III of Lorraine in 1814 at the time of the Restoration. Although linked to the season of Bonaparte, by then defeated and exiled, people continued to appreciate the quality of the vestment so much so that it was reused, without any iconographic reference to the Empire. The clock in the same room, designed in 1812 by Pierre Philippe Thomire, was modified in the same spirit and ease. The bust of Napoleon was replaced with that of Ferdinand III, accompanied by the symbolic image of Lorraine Tuscany.

Among the most interesting paintings in the room is the small painting executed by Jan Frans Van Douven in 1695 depicting Anna Maria Luisa, the last Medici, dancing in Spanish costume with her husband the Elector Palatine. On the side, the painting by Martin van Meytens shows instead the image of the family of the new Grand Dukes, Francis I of Austria and Peter Leopold of Lorraine, reaffirming the alternation of fortunes and the ineluctable flow of the fate of power.

It is also worth mentioning the The Fair at Impruneta by Filippo Napoletano of about 1619, which represents one of the moments of life and festivity in the countryside, and the Sèvres porcelain plaque by Abraham Constantin, an enamelled version of an Allegory of Poetry by Carlo Dolci and an example of a genre of copies of famous paintings, luxury souvenirs for wealthy travellers, which became fashionable in the 19th century.