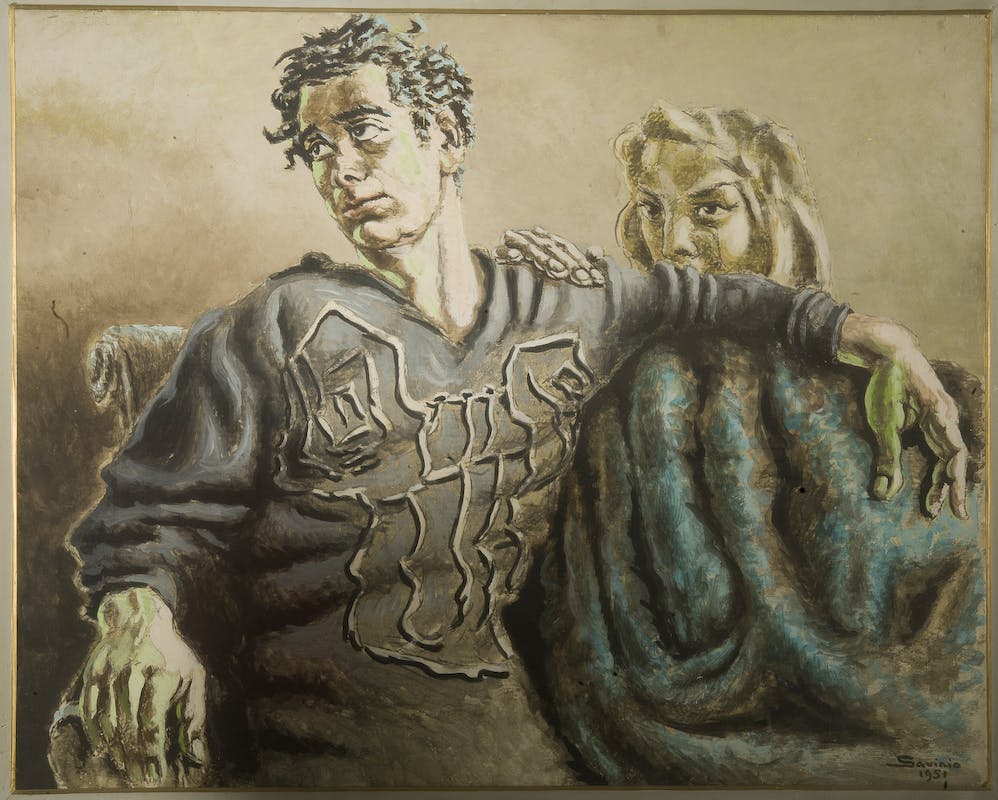 Alberto Savinio, the pseudonym chosen by Andrea de Chirico to distinguish him from his brother Giorgio, took up painting in 1926, having worked for years as a musician, critic and writer. In this painting, Savinio engages his own brand of unsettling irony that typically recurs in all the artistic fields he dabbled in, transposing a mythological theme to contemporary reality.

In particular, the subject of Orpheus is very dear to the artist, present in his painting since the period he spent in Paris. It also features in his literary and musical works, such as the one-act opera with music set in the present, “Orpheus the Widower”, first performed on 24 October, 1950 at the Teatro Eliseo in Rome, for which Savinio wrote the music and libretto and designed the scenery and costumes. This painting is a direct reference to the opera: Orpheus and Eurydice are transposed, as usual, into the present day, and resemble the son of artist Ruggero and academic Irene De Guttry. They are sitting on the same couch used on the stage in the theatre, and the costume of Orpheus/Ruggero sports his ever-present lyre, embroidered on his chest, like the actor on the stage.

Savinio’s constant focus on this theme, with different interpretations that vary and also clash as time goes by, is the expression of his thoughts on the function of poetry and then, more in general, of art itself, exemplified by the figure of the singer Orpheus, with whom the artist identifies.

The work was purchased for the Gallery of Modern Art in Palazzo Pitti at the 27th Venice Biennale in 1954.