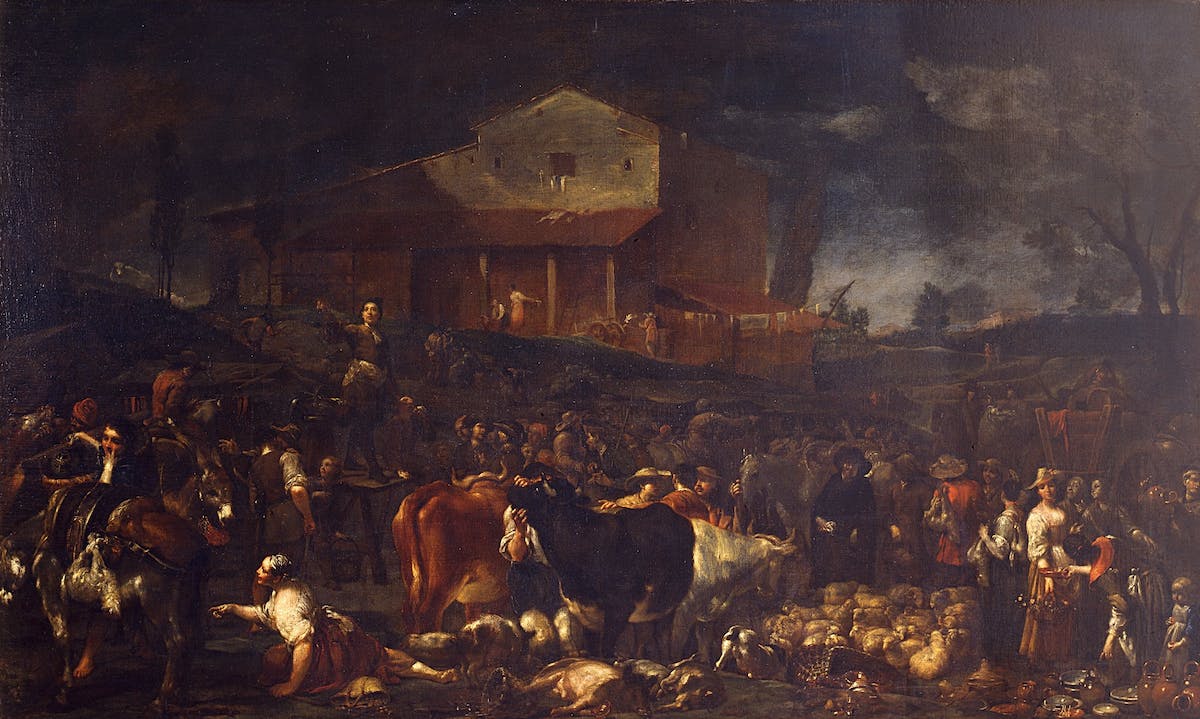 It is market day on the hill of Poggio a Caiano, and the rabble are wandering among the livestock traders and the pottery sellers, evaluating, purchasing and bargaining. A single character stands out from the indistinct crowd, he is standing on an acrobat’s table and showing the public a newly extracted tooth. On the right is a cleric in black dress, his cheeks swollen and a white handkerchief in his hand; the color effect is similar to that of the spotted cow, center foreground, whose teeth are being examined by a farmer.  According to sources from the time, many of the artist’s contemporaries recognized themselves in the painting. On the surface, it is a scene that seems inspired by the Dutch or Flemish painting styles very much in vogue at court, but in fact it is a painting showing an amusing depiction of man of the people, Antonio Morosini, known as “lo Scema”, who is pretending to be a tooth drawer at the expense of the parish priest of Poggio.  The framing is theatrical, set out across the diagonal as was typical of baroque scenes, with the country architecture quickly outlined, in liquid colors, as if on a backdrop, while the splashes of light are focused on just a few people and details.

Giuseppe Maria Crespi, a painter of Bolognese origin, was particularly popular with the Grand Prince Ferdinand, whom he loved to depict on holiday, staying at his villa in Poggio a Caiano, the temporary home to a small, refined court, which also counted artists among its members.