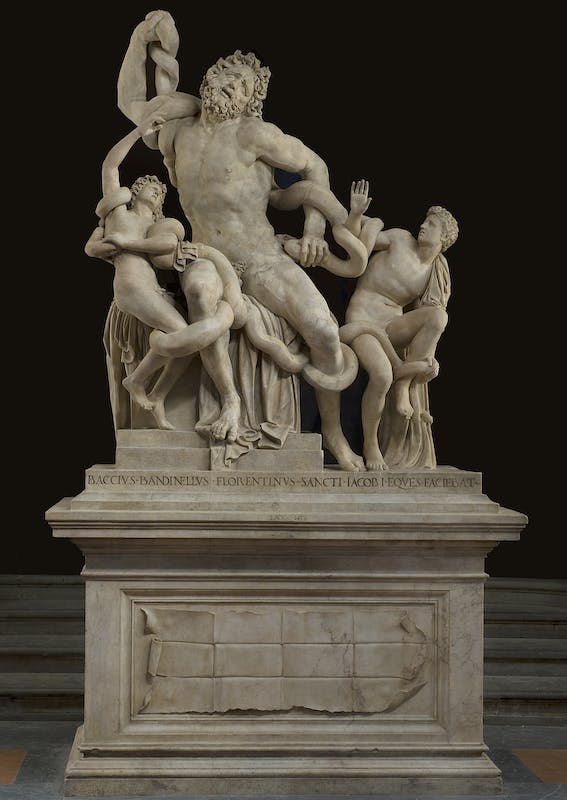 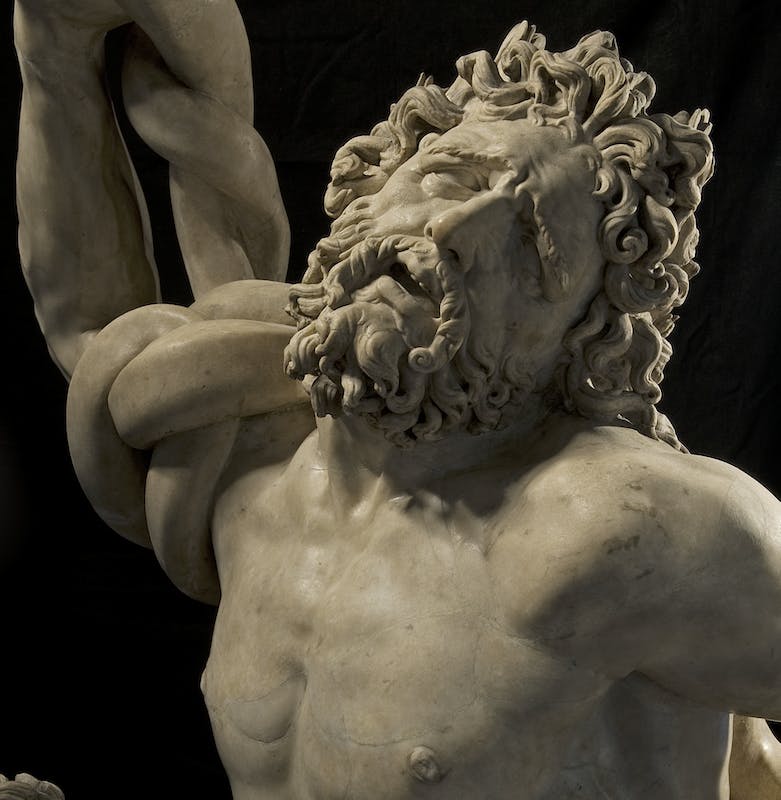 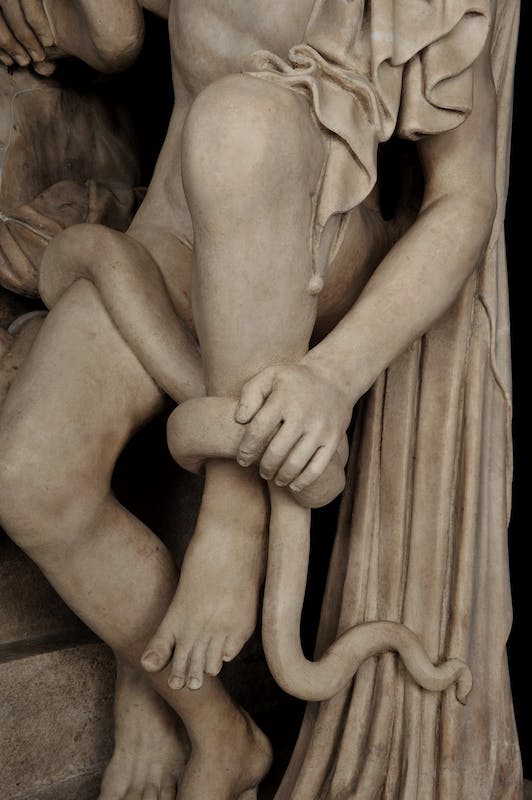 On 14 January 1506, in Rome, during the pontificate of Julius II della Rovere, a statue of over 2 metres in height was fortuitously found in the vineyard of the Roman gentleman Felice de Fredis on the Esquiline Hill. It was the statuary group of the Laocoön, a character mentioned by Virgil in the second book of the Aeneid. The Trojan priest and his sons were crushed by sea serpents sent by Poseidon, according to some sources, or by Athena, patroness of the Greeks, according to others, to stop Laocoön from revealing to his fellow citizens the deception of the horse devised by Odysseus, and thus prevent the Greek army from besieging the city of Troy.

The uproar caused by the discovery of this sculpture was immediate. As Pliny the Elder wrote in his “Naturalis Historia”, it was believed that the work was originally placed in the palace of Titus, perhaps even before he became a Roman emperor (AD 79-81). According to ancient sources, it was made by Agesander, Athenodorus and Polydorus, who were originally from Rhodes (1st century BC). Following its discovery, at the behest of Julius II, the Laocoön was placed in the octagonal courtyard of the Belvedere of the Vatican Palaces, next to a marble statue of Apollo - a 2nd century AD Roman copy of a Greek original - known as the “Apollo Belvedere” because of its location. The group would never leave the Vatican Palaces again, except for a brief exile in Paris following the Napoleonic spoliations.

At the end of January 1520, in the Rome of Leo X de' Medici, the common intention was to create a copy, but without any clarity regarding the material to be used, either bronze or marble. In early 1520, Baccio Bandinelli, the Medici's favourite artist, was commissioned to replicate the group in marble, which was then destined to be sent to France as a diplomatic gift for King Francis I of Valois, who did not possess “anything in marble, either ancient or modern”, as recounted by Giorgio Vasari. In September 1520, the contract was signed between the sculptor and Cardinal Bernardo Dovizi da Bibbiena, an advocate of pro-French policies within the Papal States. The following year, the death of Leo X caused a setback for the realization of the work, which was resumed only after the election to the papal throne in November 1523 of Cardinal Giulio de' Medici with the name of Clement VII. That year, a Venetian ambassador passing through Rome wrote that he saw the figures of the two sons already completed, while the Laocoön was still to be finished.

The comparison with the ancient sculpture represented a unique opportunity for Bandinelli, who considered the Vatican Laocoön “perfectible”. In his version, the Florentine sculptor integrated the right upper limbs of the priest and his two sons, which were missing in the ancient original, and also made minor changes to the representation of the child visible to the right of the observer. As written by Vasari: “[Bandinelli] Also restored the right arm of the antique Laocoön, that was truncated and couldn’t be found. Baccio created a large wax arm that corresponded to the original one in muscles, pride and manner, and fitted perfectly with the body, thus showing how much Baccio understood art, and this model served him to create the entire arm on his own sculpture.”

The sculptor proudly asserted his authorship of this modern version of the sculptural group, signing it on the base and also making explicit reference to the honour he had been awarded by Emperor Charles V, the knighthood of the Order of Santiago, in 1529.

It was precisely at the behest of Clement VII that Bandinelli's copy, instead of being shipped to France, arrived at Palazzo Medici in Via Larga even before December 1524, although a definitive arrangement for the group within a niche in the Medici garden was not found until 10 October 1531, as reported by the commemorative date of the event engraved on the upper face of the sculpture's base. With the sale of the Palazzo to the Riccardi family in 1659, the copy was transferred by Ferdinando I de’ Medici to the Casino di San Marco and finally to the Uffizi at the end of the 17th century, together with the inheritance of Cardinal Carlo de' Medici, and since that day it remained in its current location at the end of the west corridor. The sculpture has always kept its original pedestal, which is still present today and carries an inscription that was destroyed in the 18th century.

Video in Italian | One of the most amazing works of antiquity