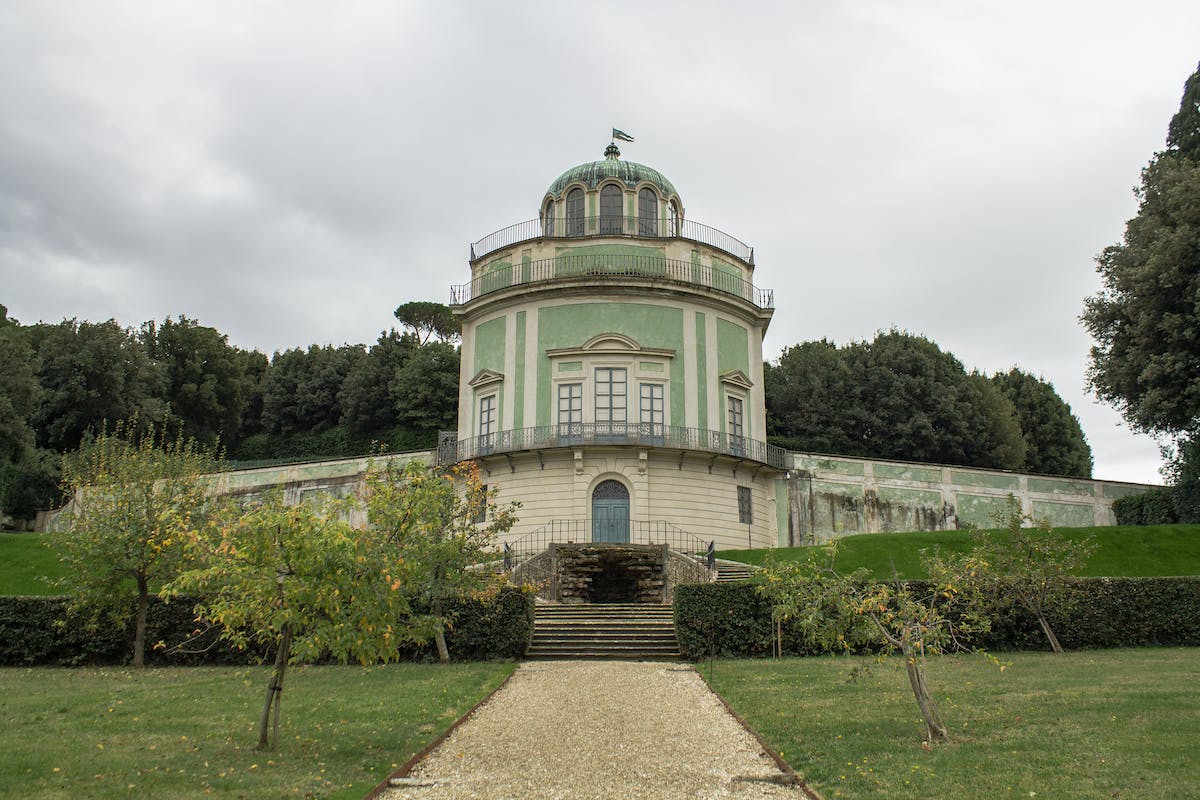 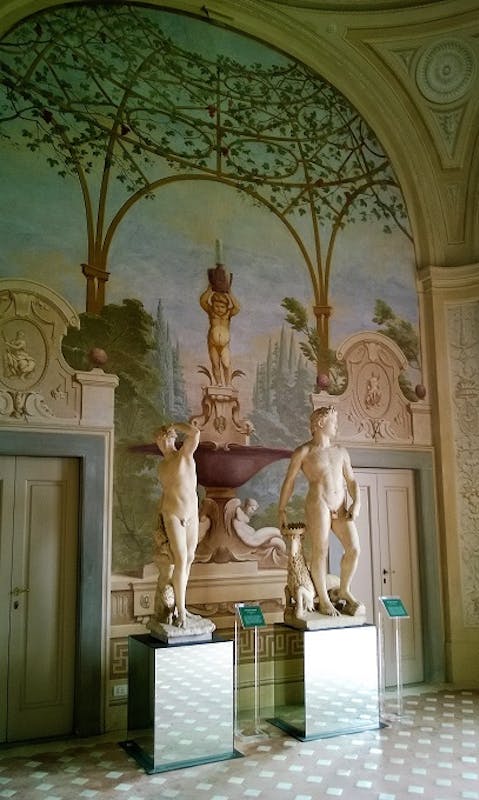 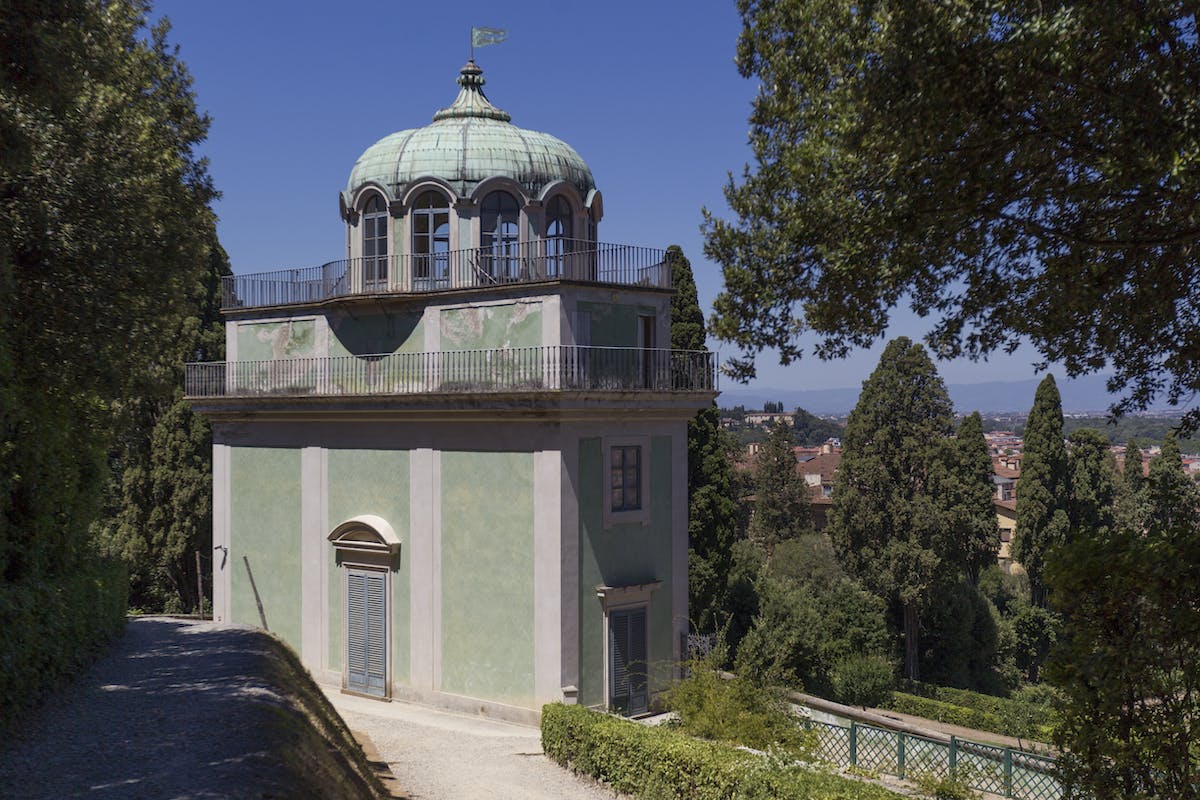 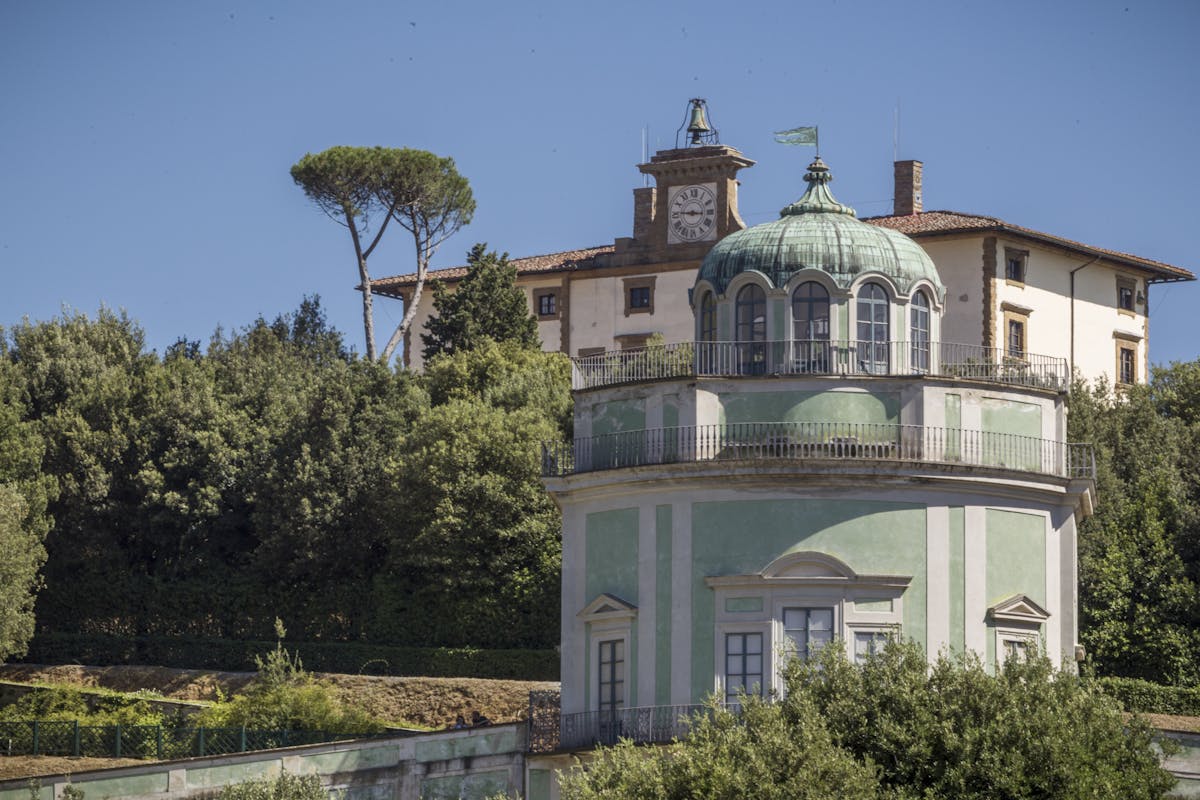 The Kaffeehaus is one of the most interesting buildings inside the Boboli Gardens and is also one of the works carried out at the wishes of Grand Duke Peter Leopold of Lorraine, between 1774 and 1785. Work on the “new house under the fortress”, as it was initially called, began in 1774, from designs by Zanobi Del Rosso. In the first part of 1775, the new building was completed and ready to be used as a resting place, in which the court could enjoy a hot chocolate drink during its walks. The building is an airy pavilion, circular in shape and with an onion-shaped dome top. It is divided over three separate levels, beautifully inserted in a complex of small gardens and orchards. The interior is divided over four main levels and side mezzanine floors with triangular stairs. On the ground floor, is the kitchen and other service rooms; on the first floor is the “Great Room” and to conclude a belvedere, topped with a copper dome and weather vane, which could also be viewed from inside the building, thanks to the rose of the winds inserted on the face. Around the Great Room and in the triangular interior stairway, are some small rooms to which to withdraw, known as “retirement” rooms.

Between 1775 and 1776, the interiors were decorated on the main floor by three artists who were well known in Florence at the time: Giuseppe del Moro, Giuliano Traballesi, and Pasquale Micheli. The decorations in the central room on the main floor blend harmoniously with the late rococo style of the building: green woods can be seen in perspective behind fountains with cupids, in homage to nature and to the garden sculptures, repeated in the berceau dome, where climbing flowers, birds and water springs, shown through the links in a mesh, simulating a pretty aviary.

The perfection of the building lies in its exquisite, carefully applied detailing. This includes the small triangular stairway inside that takes the visitor through the whole Kaffeehaus, from the ground floor to the belvedere with dome top, or the insides of the doors and windows in the painted room on the first floor, harmoniously blended with the background colour of the paintings. A good deal of elegance has been incorporated into the terracotta flooring in rectangular and hexagonal tiling with blocks of white marble and a double ring in white marble around the edge. With its rounded forms, the multilinear roof like a turret, known in the city as the “Chinese pavilion”, is an example of completely new architecture on the late 18th-century panorama of Florence. It is quite similar to the structures of some Viennese palaces, characterised by evident similarities to the ottoman tents, the so-called “turqueries”.