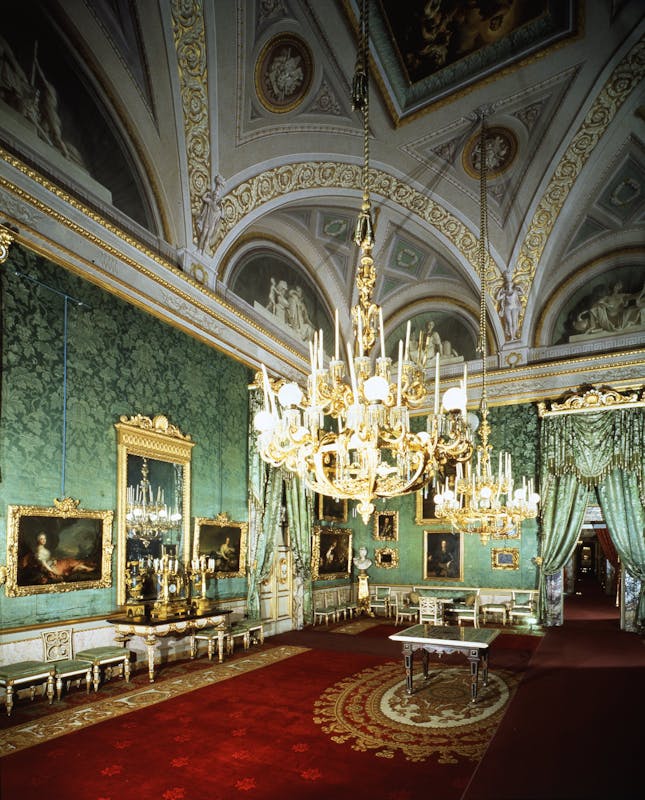 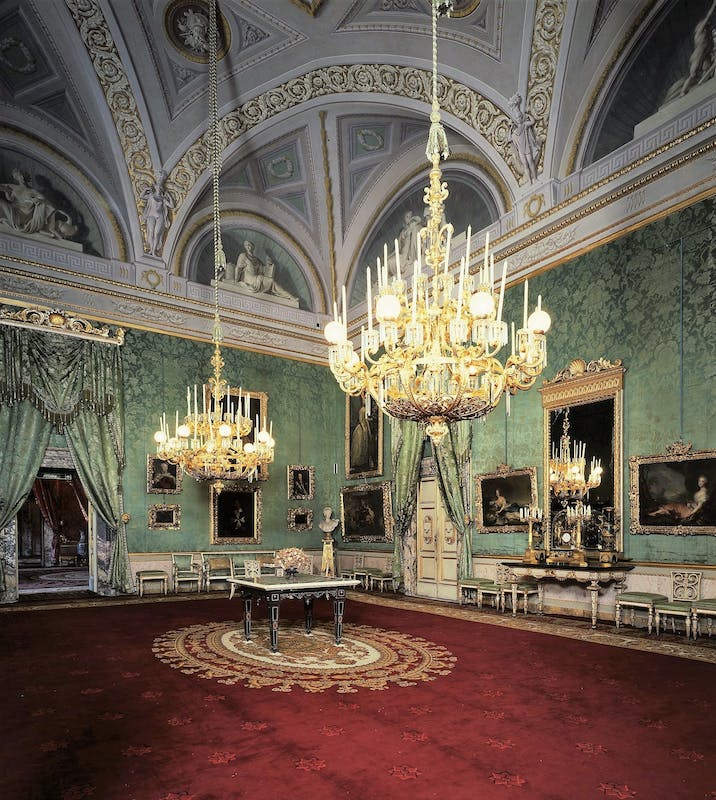 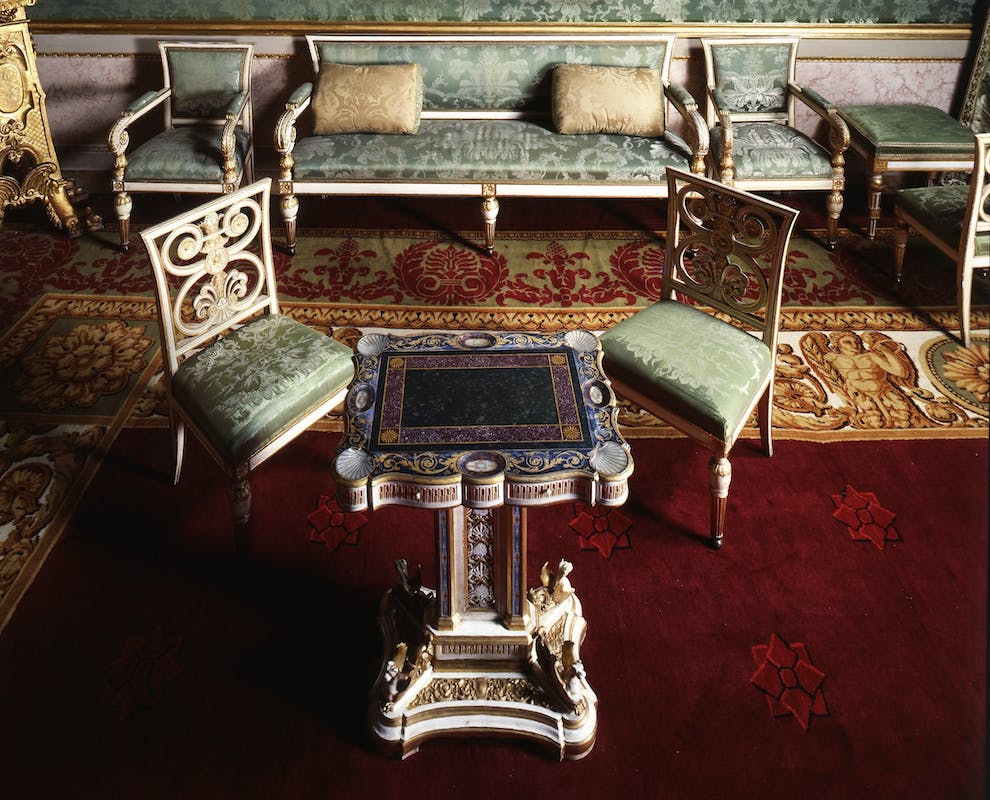 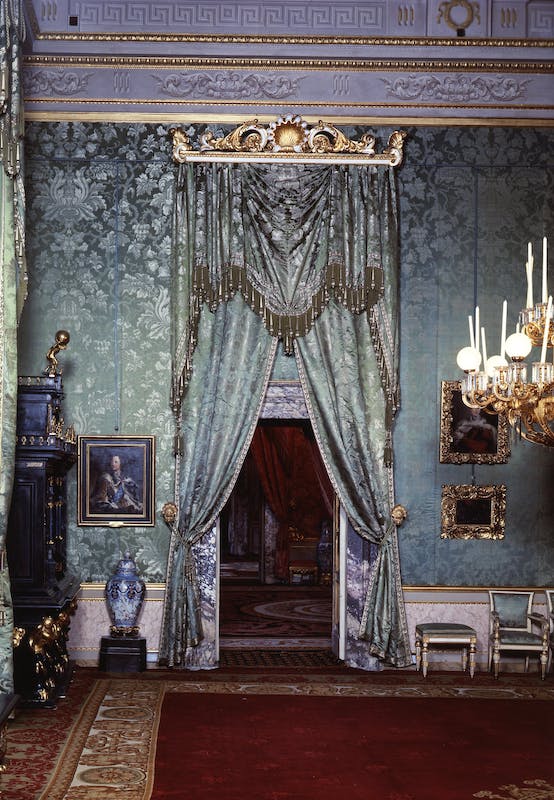 It was only in the latter part of the 18th century that, on the first floor of the palace, the right wing was used as the apartment of the Grand Dukes, which was crucial to the successive fate of these rooms, which are now differentiated from the Palatine Gallery.

The Grand Dukes previously lived in the left wing of the palace, while the right was used by other members of the Medici family, the heirs first of all, such as Grand Prince Ferdinand, son of Cosimo III, who died young in 1713. In spite of successive changes, the Niche Room in that period was also used as a room to link the two wings, and the Green Room was the first room. It was known as the Guards Room in the time of Ferdinand, and then it became kind of antechamber with access into the actual apartment.

The name comes from the green colour of the wall coverings, curtains and the upholstery on some of the furniture, which are all in silk - textured or plain, fitted by Florentine manufacturers between 1854 and 1855. In that period the room, like the two that follow it, was completely redecorated, earning the name of Quartiere delle Stoffe [Fabric District], and used first as a reception room, since the last Grand Duke, Leopold II of Lorraine had chosen the new Palazzina della Meridiana as his home.  Also from the same period are the carpet, made by the prestigious Royal Works of Tournai, in northern France and decorated with late imperial motifs, the pair of lamps, the brackets for the candle holders, the fire guard and the fireplace mirror, carved in imitation of the two placed above the slightly older consoles. The rest of the furnishings and paintings come from different periods, starting with the canvas on the ceiling, the Allegory of Peace between Florence and Siena, painted for Cosimo III by Luca Giordano in 1682. The most important piece of furniture is definitely the Stipo cabinet belonging to Vittoria della Rovere, a monumental work of art from the ducal workshops of the 17th century, emulated on a small scale in the historicist style of the side table from the Opificio delle Pietre Dure, delivered to the Pitti Palace in 1852 and subsequently placed in the room, with the nonchalant style and tone that was typical of the Savoy period.