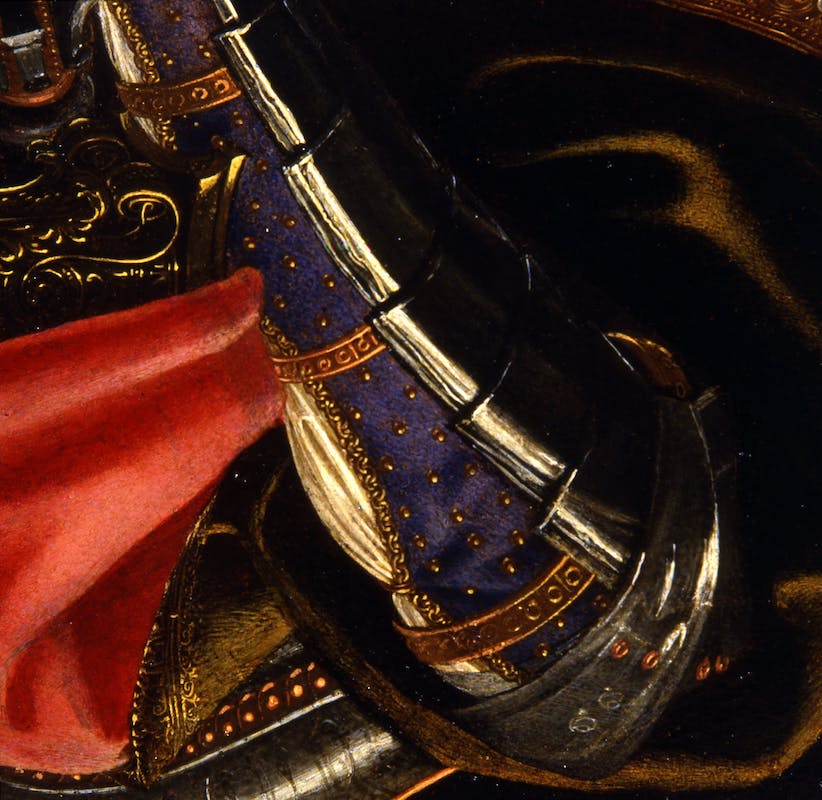 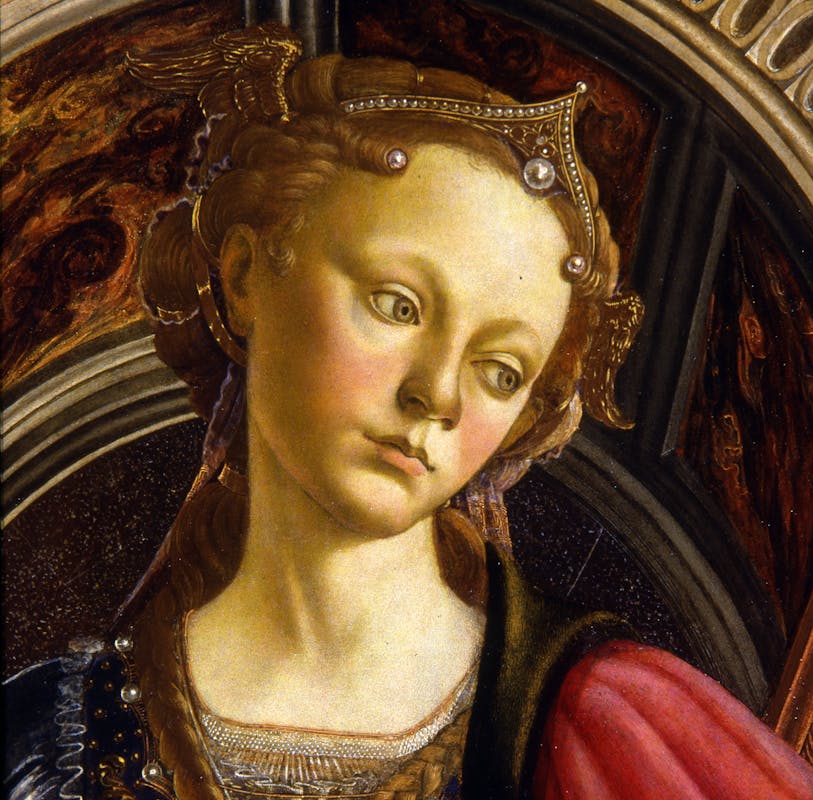 Fortitude is portrayed as a young woman wearing armour over her graceful dress and holding a ruler’s sceptre. In spite of the military attributes, the Virtue alludes to strength and perseverance in the pursuit of good. She is one of the four cardinal Virtues, i.e., the main human virtues.

The panel is the only one to be painted by Sandro Botticelli in a cycle of paintings dedicated to the Virtues and commissioned from Piero del Pollaiolo in 1469. The cycle was for the Tribunal Hall of Piazza della Signoria in Florence, and is now in the Uffizi Galleries. Botticelli’s commission was due to Tommaso Soderini, one of the workers appointed to oversee the execution of the work, thanks to the young Sandro’s links with the Medici faction, of which Soderini was also a part. Pollaiolo’s understandable protests contributed to limiting Botticelli’s participation in the commission to this single figure. Unlike the other panels in the cycle, painted on cypress wood, the Fortitude is painted on poplar, a more commonly used wood for painting on panels in Tuscany. Botticelli’s Virtue also stands out for the different type of marble bench, with its richer engraved decorations. The body of the young woman is long and sinuous, while her face already has the languid, melancholy expression so characteristic of Botticelli’s female figures.

The Tribunale di Mercanzia was the body that decided on the business disputes between Florentine merchants and administered justice among the guilds, known as Arts. In the 18th century, the wealth and heritage of this judiciary went to the Chamber of Commerce, including the seven paintings of the Virtues, taken to the Uffizi Galleries in 1777.