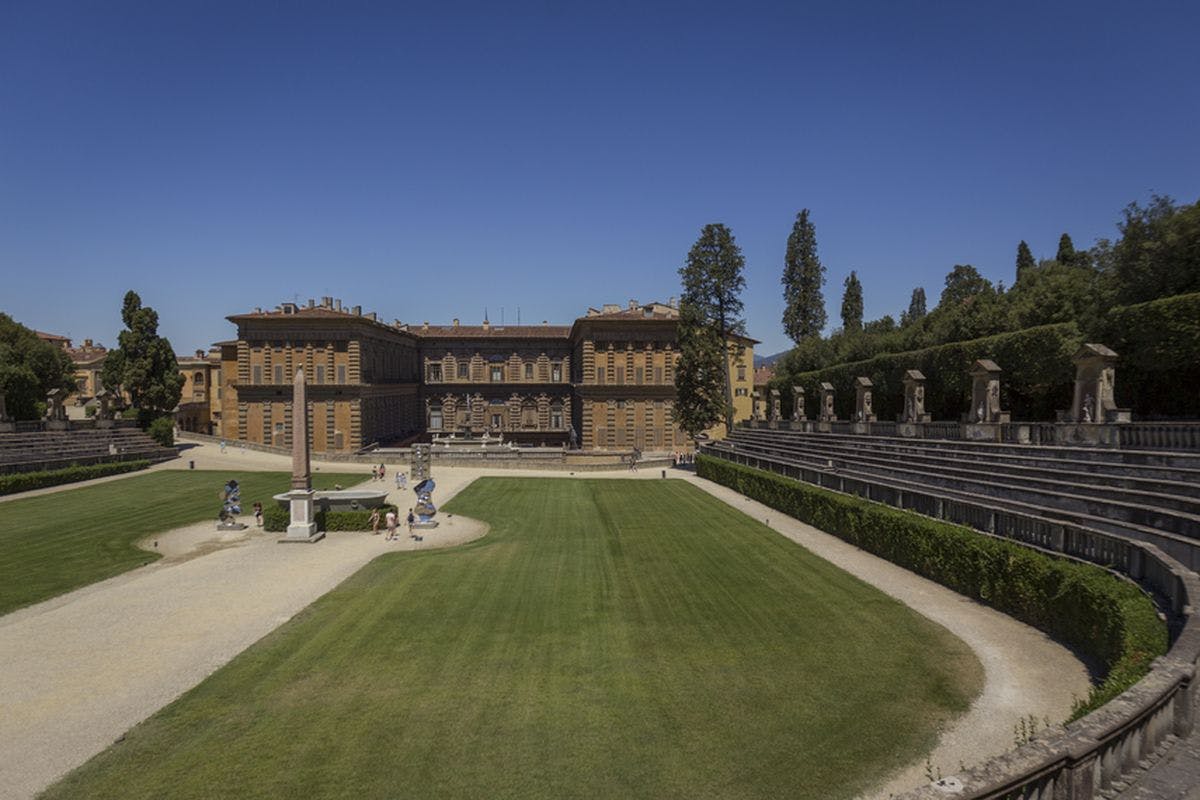 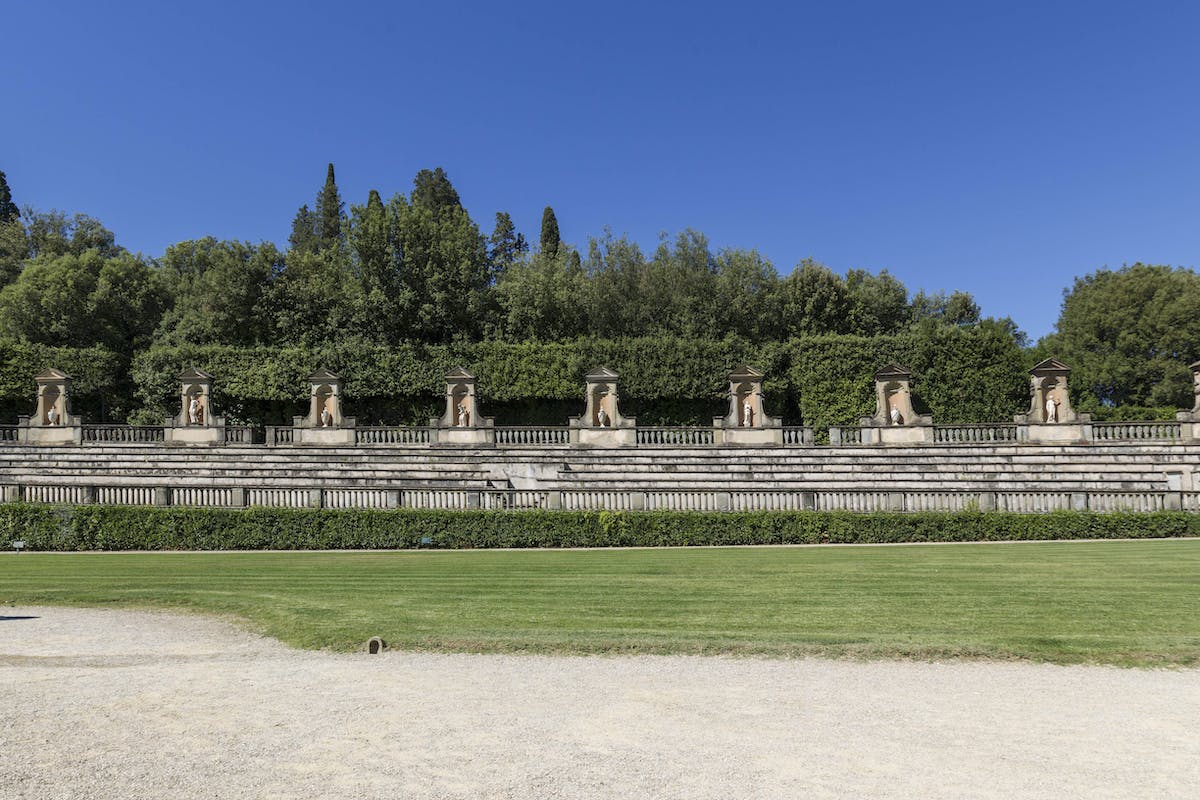 The Amphitheatre, designed by Tribolo for Eleonora di Toledo and built in 1550 after the architect’s death, was designed as a garden or rather an amphitheatre of greenery (Anfiteatro di Verzura) which involved the ingenious transformation of the quarry used to supply the material for the Pitti Palace. It was Cosimo II who, during the enlargement works of the Palace, decided to transform the quarry into a walled amphitheatre. Ferdinando II later ordered the continuation of the works in 1630 under the guidance of Giulio Parigi, and the project was concluded in 1634. At that time the Amphitheatre would have been similar to its current appearance, as documented by numerous engravings showing festival and parade stage sets.

After the performance held in 1739 to celebrate the arrival of Grand Duke Francis Stephen of Lorraine, the stalls were transformed into a landscaped or Italian Renaissance garden and the Amphitheatre was no longer used for plays or performances. In the mid-eighteenth century, the Amphitheatre was restored and a wide boulevard suitable for carriages was constructed between 1764 and 1765 to provide a more convenient link between the garden and the Bacchus Courtyard (Cortile di Bacco). The stalls were also raised, resulting in part of the vomitoria, or access passageways, being buried. On Peter Leopold's arrival in 1765, it became the perfect setting for country festivals, events which were very popular in that period and which the Grand Duke occasionally wished to open to the public.

During the Lorraine era, the Egyptian obelisk and the red granite basin located in the centre of the stalls and originating from the collections of Villa Medici in Rome were added: the obelisk was erected in 1790 under Peter Leopold on a design by Niccolò Gaspero Paoletti, while the basin was installed on its base in 1840 under the direction of Leopold II and according to a design by Pasquale Poccianti.

The Amphitheatre's current appearance is not dissimilar to that of the late Lorraine period, although during the 1900s the structure was extensively renovated and many of stone facings were restored.