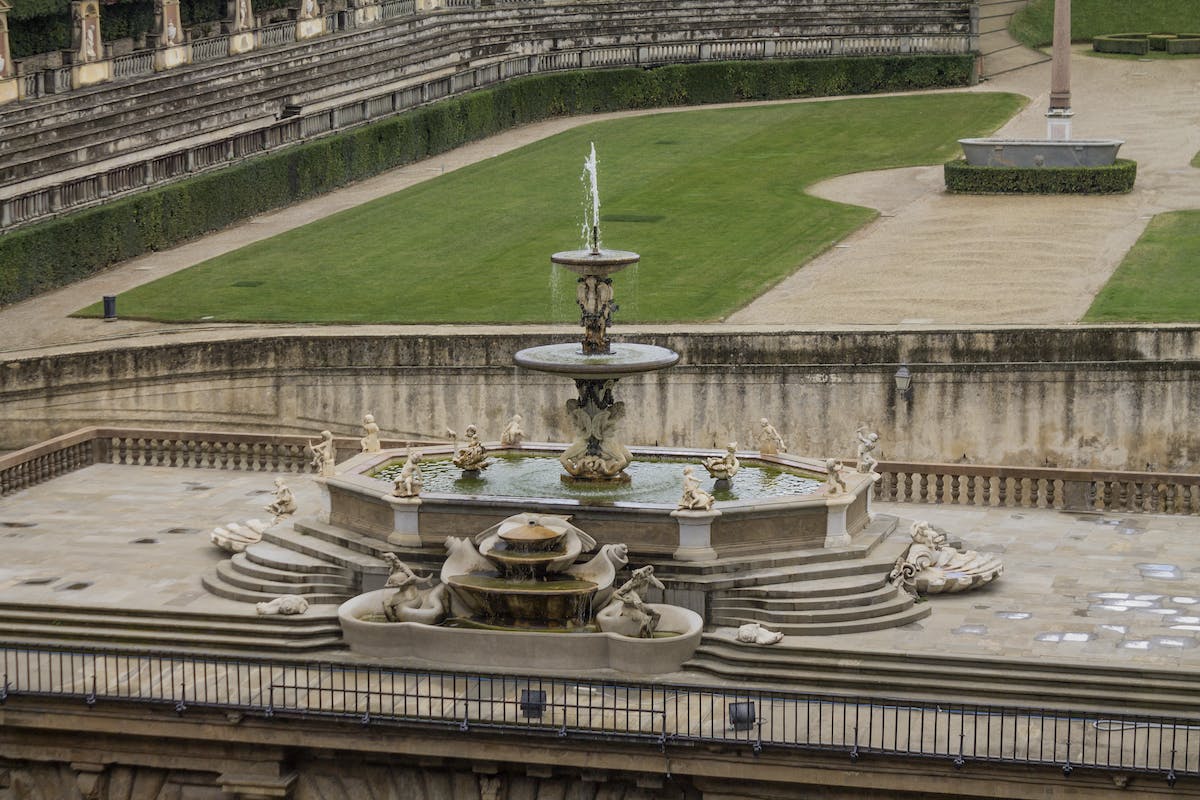 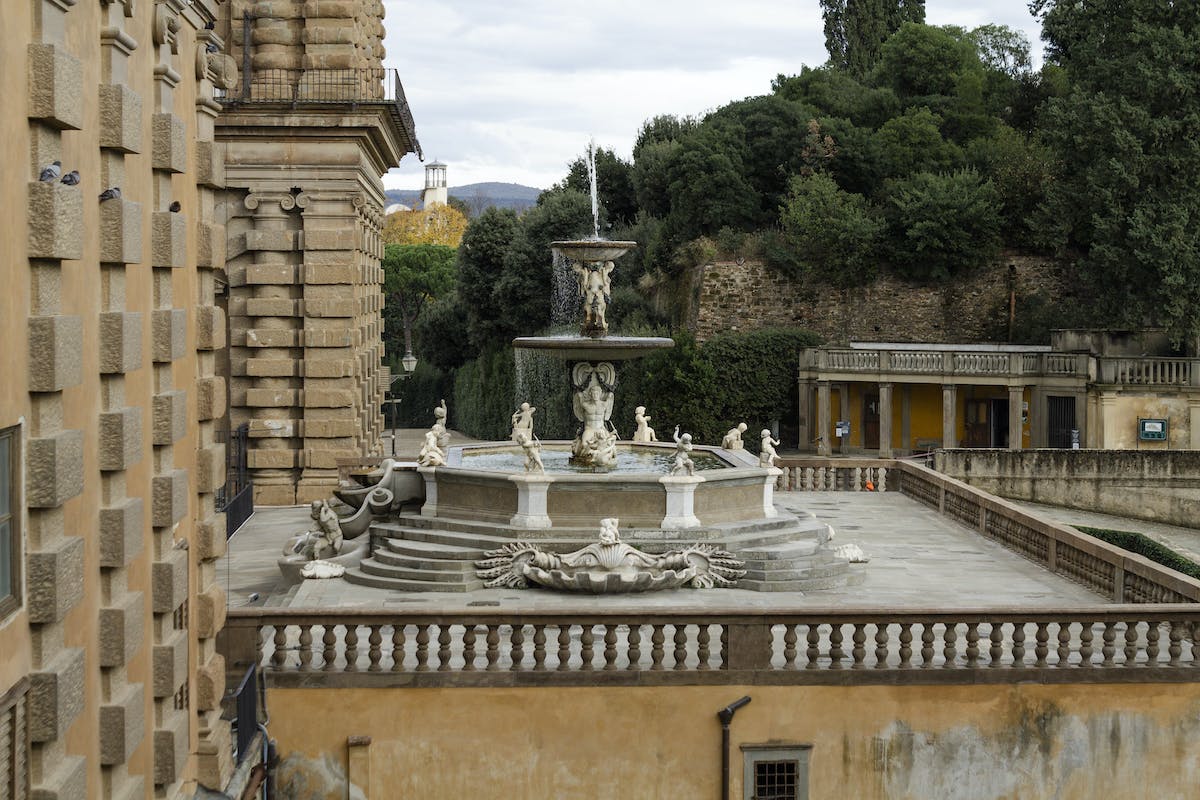 The Artichoke Fountain  was begun in 1639 and installed between 1641 and 1642. It is the work of Florentine sculptor Giovan Francesco Susini and his collaborators, as part of the works on the Boboli Gardens, carried out at the wishes of Grand Duke of Tuscany, Ferdinando II. The fountain is situated on a terrace of the main floor of the Palace and crowns the courtyard side opposite to the facade which, since it consists of a single floor, opened in the centre by the Grotto of Moses, is linked directly to the Gardens. It was installed in place of the Fountain of Juno by Bartolomeo Ammannati, and made using sculpted elements taken from other groups in the Garden. The Fountain is both a late homage to the Mannerism of Florentine sculpture, and a rare and charming local example of a nod to the Baroque movement.

A large octagonal basin covered in limestone and with corner elements in white marble, sits on a plinth in serena stone. In the centre is a candelabrum fountain, with marble stem, decorated with bronze festoons, which consists of figures of Tritons and Nereids, holding up two large circular bowls in grey granite and multi-coloured, inlaid marble.  Originally the fountain was crowned by a bronze lily that has since disappeared, which was the mouth of the fountain and gave its name to the whole work.  At each corner of the octagonal basin, inside, there is a series of Cupids in white marble who, seated on dice and shells, or astride swans and turtles, combat one another at a distance, armed with bows, arrows and quivers. These sculpted groups, created between 1621 and 1622, were part of the Bathing Venus placed on the Isolotto, then replaced by the Fountain of the Ocean by Giambologna, previously at the centre of the Amphitheatre. On the side facing the Courtyard, the Fountain has a three small, shell-like basins, set out in a tier and flanked by statues of a satyr and a nymph, holding a dolphin and a fish that spray water from their mouth.  Two more shell-shaped basins are alongside the steps and other white marble shells are set out on the paved terrace.  A marble scroll on the side overlooking the Gardens celebrates the arrival of the Acqua Ferdinanda, as the irrigation system is known, to Boboli.