The Woman with a Veil by Raphael can “move”…

At Pitti Palace, some paintings, even of considerable size, can move using ingenious mechanical devices.

This is called “bilicatura”, from the Italian verb “bilicare”, derived from the Latin “umbilicare”, from “umbilicus-ombelico”, meaning “the midpoint”. It was the system thanks to which the paintings on the walls were balanced by means of rotating pins.

It was 1833 when the Grand Duke Leopold II of Lorraine opened the Gallery to the public.

The then Director Ramirez de Montalvo suggested hanging the most significant masterpieces of the collection using the “bilicatura”. It was a sort of “augmented reality” ante litteram: in this way, the work was moved even closer to the visitor, the scholar, the copyist or the distinguished guest.

Facing the light of the window, the painting was thus easier to replicate for all the copyists who, armed with brushes and easel, crowded the Gallery.

Authorised by the Director, painters created copies of the masterpieces, which were stamped on the back in order to be later placed on the market. Works by illustrious masters, such as the renowned Woman with a Veil by Raphael, could thus be studied in the “right light”.

This is just one of the many secrets of Pitti Palace “revealed” by Patrizia Naldini, museum assistant of the Uffizi Galleries. 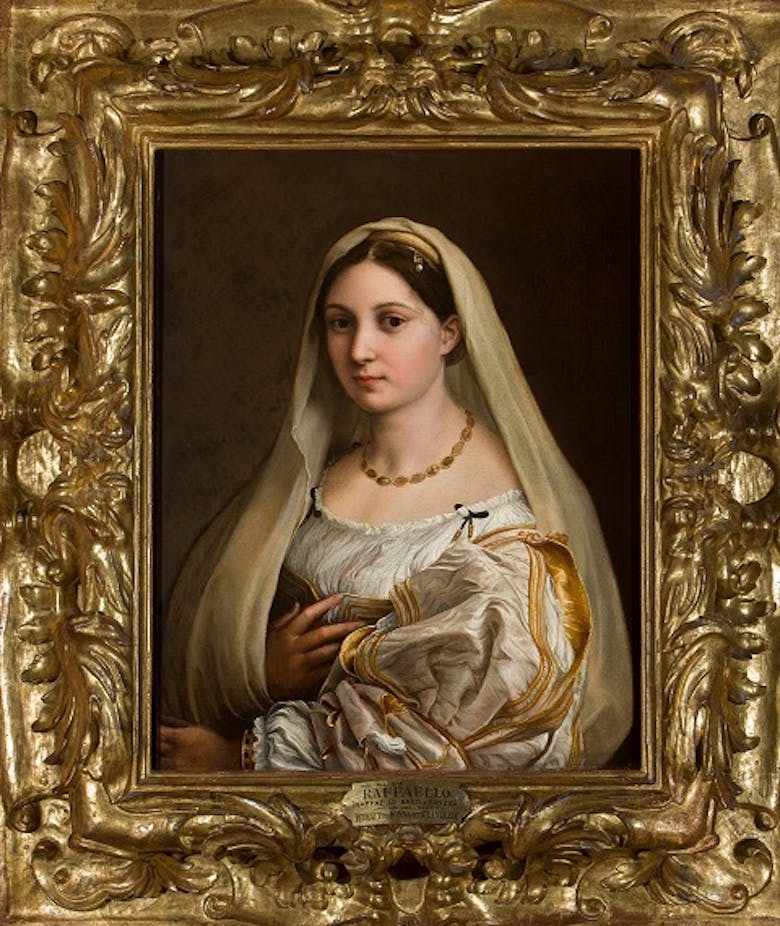 Woman with a Veil

The secrets of Pitti Palace. Wonders, trivia and beauties of the sumptuous palace inhabited by three dynasties: Medici, Habsburg-Lorraine and Savoy