The publication of the reproductions of I Disegni della R. Galleria (The Drawings of the Royal Gallery) was launched in 1912 by Giovanni Poggi, the then Director of the Uffizi Gallery. He entrusted the task to the renowned book collector Leo Samuel Olschki, who went on to complete the work in 1921. To encourage sales of the so-called “Portafogli Olschki” and recuperate the initial costs, a connection was forged between the published reproductions and the annual exhibitions.

In 1909 the Department of Prints and Drawings of the Uffizi Gallery organized its first temporary exhibition on the engravings of Francesco Bartolozzi [1], an eighteenth-century Florentine artist who worked in England and won the favor of the English public. This brought a definitive end to the lengthy season of permanent exhibitions [2]  of prints and drawings which had lined the halls of the Gallery since 1854, and marked the start of a new period characterized by increased awareness of the Gallery's collection of graphics, promoted by the temporary exhibitions curated annually by the Department of Prints and Drawings.

The new exhibitions were temporary so as to preserve the delicate works of art from the damage caused by permanent light exposure, [3] and were accompanied by small and concise catalogs, without illustrations, which provided only the list of the exhibited works. The curators behind these exhibitions were Pasquale Nerino Ferri, conservator of the prints and drawings collection of the Uffizi and already well-known for his part in publishing the first catalogs [4] of these special collections, and his collaborator, Filippo Di Pietro [5]. The journalist Aldo Sorani, a frequent visitor to the Uffizi, offers us a first-hand account of these events:

“The Uffizi Gallery ...began a series of individual exhibitions ... In such a way, an exhibition of drawings by Andrea del Sarto and Jacopo da Pontormo, another of drawings by Baroccio and one of drawings by Cigoli were displayed to both academics and the public. All of these displays were carefully commissioned and illustrated by the Director and Secretary of the Department of Prints and Drawings of the Uffizi, P. N. Ferri and F. Di Pietro, and were true revelations.” [6]

In 1912, the Director of the Uffizi, Giovanni Poggi, decided to promote these special collections through a great editorial project, which he entrusted to the publisher Leo Samuel Olschki, the founder of the eponymous Florentine publishing house and who was already well-known at the time for his literary and erudite interests [7]: The publication of the reproductions of I Disegni della R. Galleria [8] (The Drawings of the Royal Gallery).

To this end, Giovanni Poggi formed a committee of experts [9] comprising the conservator of prints and drawings Pasquale Nerino Ferri, Ferri's collaborator Filippo di Pietro, Count Carlo Gamba [10], the honorary inspector of the Florentine Galleries Charles Loeser [11], and other illustrious names such as Corrada Ricci [12] and the art historians Gustavo Frizzoni, Matteo Marangoni and Odoardo H. Giglioli [13], who were tasked with choosing the designs which would best illustrate the collection of the Uffizi.

The work was organized in five series, with twenty portfolios each featuring 25 reproductions of drawings in the same dimensions as the originals, preceded by a short critical introduction. The photographic reproductions were created using the most cutting-edge techniques at the time [14], with the aim of creating copies which could replace the originals in exhibitions both in Italy and abroad [15].

The editor financed the project by a subscription system by which, when the publication was announced, subscribers would sign up to pay in installments in exchange for receiving each volume upon its release [16]. Yet even despite this, the undertaking was still very demanding on the publishing house [17].

After the publication of the first series, Pasquale Nerino Ferri came up with the idea of linking the publishing initiative with the temporary exhibitions at the Uffizi. In fact, in the first volume of the second series, dedicated to Ludovico Cigoli, Ferri wrote:

“It is with great pleasure that we seize this occasion of the exhibition of drawings by Lodovico Cigoli, opened last June in the Royal Gallery of the Uffizi, to release this publication featuring reproductions of some of these works” [18].

The time was ripe to spread the news of the publication, not least because the publishing house was in dire straits, as Leo Samuel Olschki frankly explained in his letter to the Director of the Gallery:

“I am very pleased and proud to have undertaken such an immense publication at my own risk and peril, and from which I have thus far derived great moral satisfaction, yet I am still a long way from any material reward as the advertising, propaganda and administrative costs are such as to not yet be recovered”. [19]

In July 1914 Olschki notified Poggi via the bookkeeper Bompani that the “financial profit from the second series” was “considerably lower than that of the first, given the notable reduction in subscribers”, and asked explicitly “if you and your esteemed collaborators of the Committee” might have some “means of helping us to distribute the work, with the effective means at your disposal” [20]. The temporary exhibitions likely seemed the most effective means of pursuing this goal: in 1914, the exhibition on Jacopo Callot and Stefano della Bella, curated by Pasquale Nerino Ferri and Filippo Di Pietro [21], and the display of Venetian School Drawings, curated by Carlo Gamba [22], accompanied the release of two corresponding portfolios [23] ; this occurred again in 1915 to mark the Exhibition of the drawings of Florentine artists of the seventeenth century curated by Odoardo Hilyer Giglioli (1870-1963) [24].

The impressive opus of reproductions of the drawings of the Uffizi continued during the First World War, carried forward with the characteristic literary passion of editor Leo Samuel Olschki and the tenacity and determination of Giovanni Poggi, who never ceased to encourage the work of the collaborators of each portfolio.

The publication of the reproductions only came to an end in 1921 with the volume edited by Filippo Di Pietro [25]. This was announced by Odoardo H. Giglioli in his article The Dawings of the Royal Gallery of the Uffizi (I disegni della R. Galleria degli Uffizi), which editor Olschki also released in English to ensure a wider readership [26].

Leo Samuel Olschki gave Giovanni Poggi the credit for having brought the publications to fruition, despite the many challenges, and said he was proud to have produced it. His words are worthy of note:

“My dear and most illustrious Sig[nor] Comm[endator] Giovanni Poggi, now that my great publication of the Drawings of the R. Gallery of the Uffizi is happily complete, allow me to bestow upon you my most sincere thanks for your careful work and services dedicated to the completion of this work which is a credit to you and your collaborators, to those who wish to express gratitude in my name, and our country, Italy, where for over seven lustrum I have carried out my work as a publisher. I believe that no other country can boast a work similar to this devised by us and directed by you [...] We must rejoice in the knowledge that this work already performs a great service for artistic culture through the exhibitions which various museums in Italy and abroad are organizing in turn with the drawings from each portfolio. For my part, I consider this publication to be the greatest and most important ever to have been produced by my publishing house, and if I feel pride, I owe it in large part to you for your wise counsel.” [27]

[14] The reproductions were made by the Istituto Micrografico Toscano in “color collotype, by the process of selecting different color negatives” (cf. Ivi, cit., p. 3).

[26] O. H. Giglioli, I disegni della R. Galleria degli Uffizi …,cit. (published in English as: The Drawings of the Royal Gallery of the Uffizi in Florence). 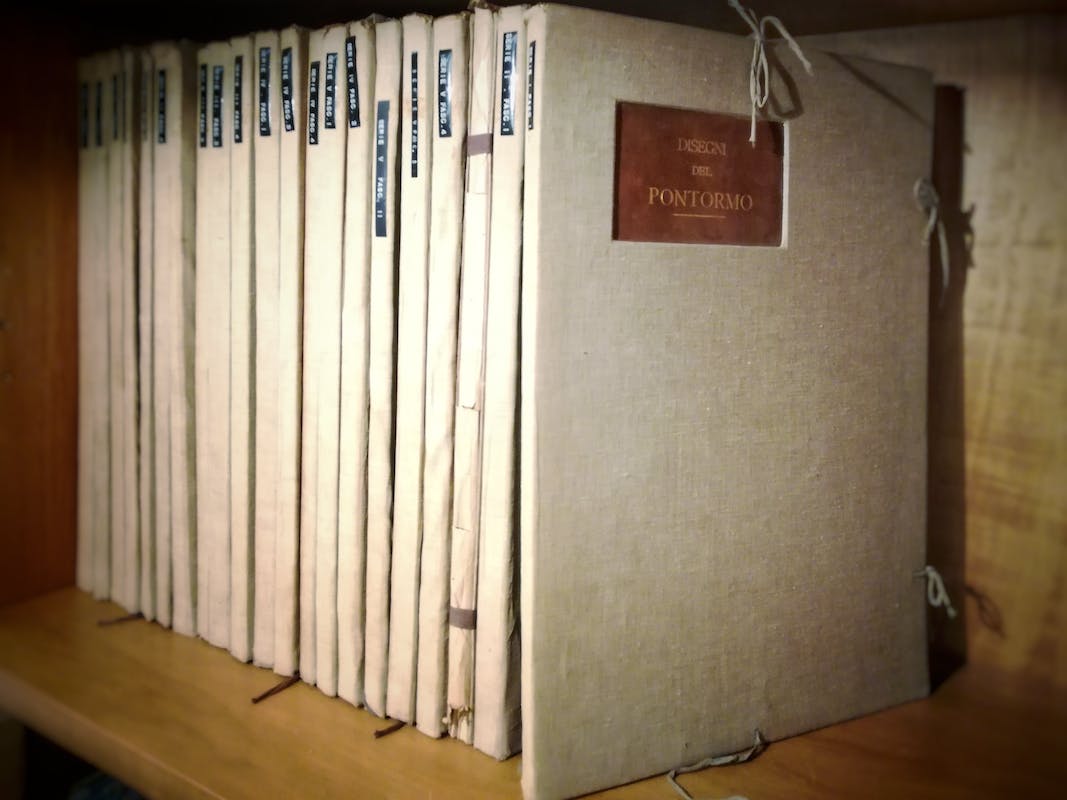 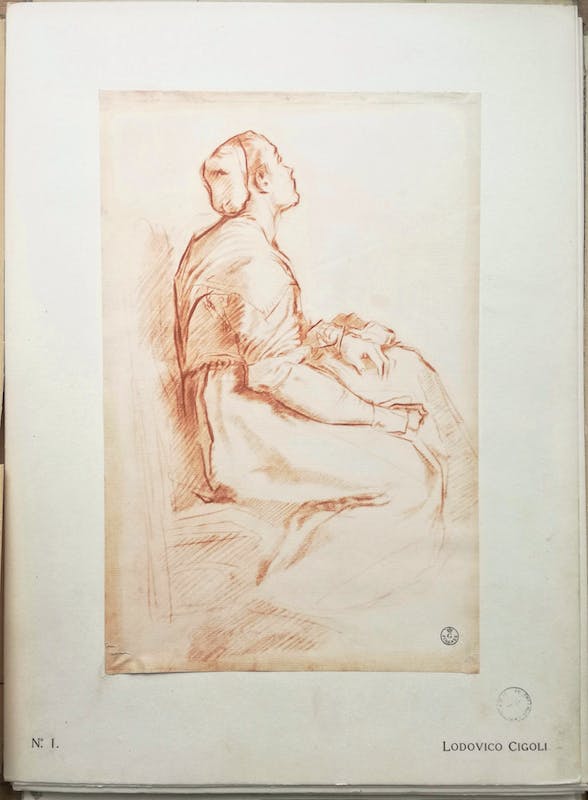 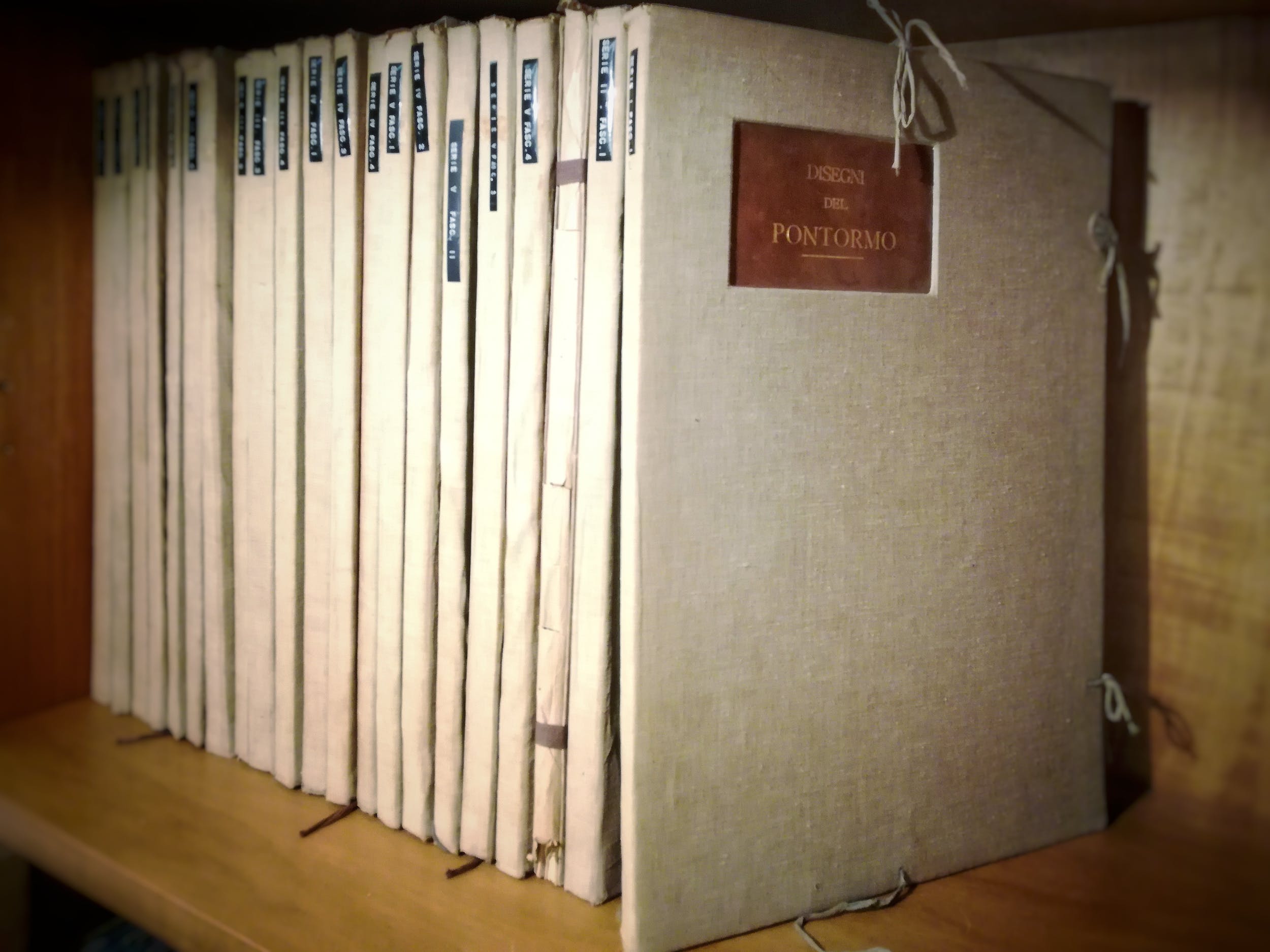 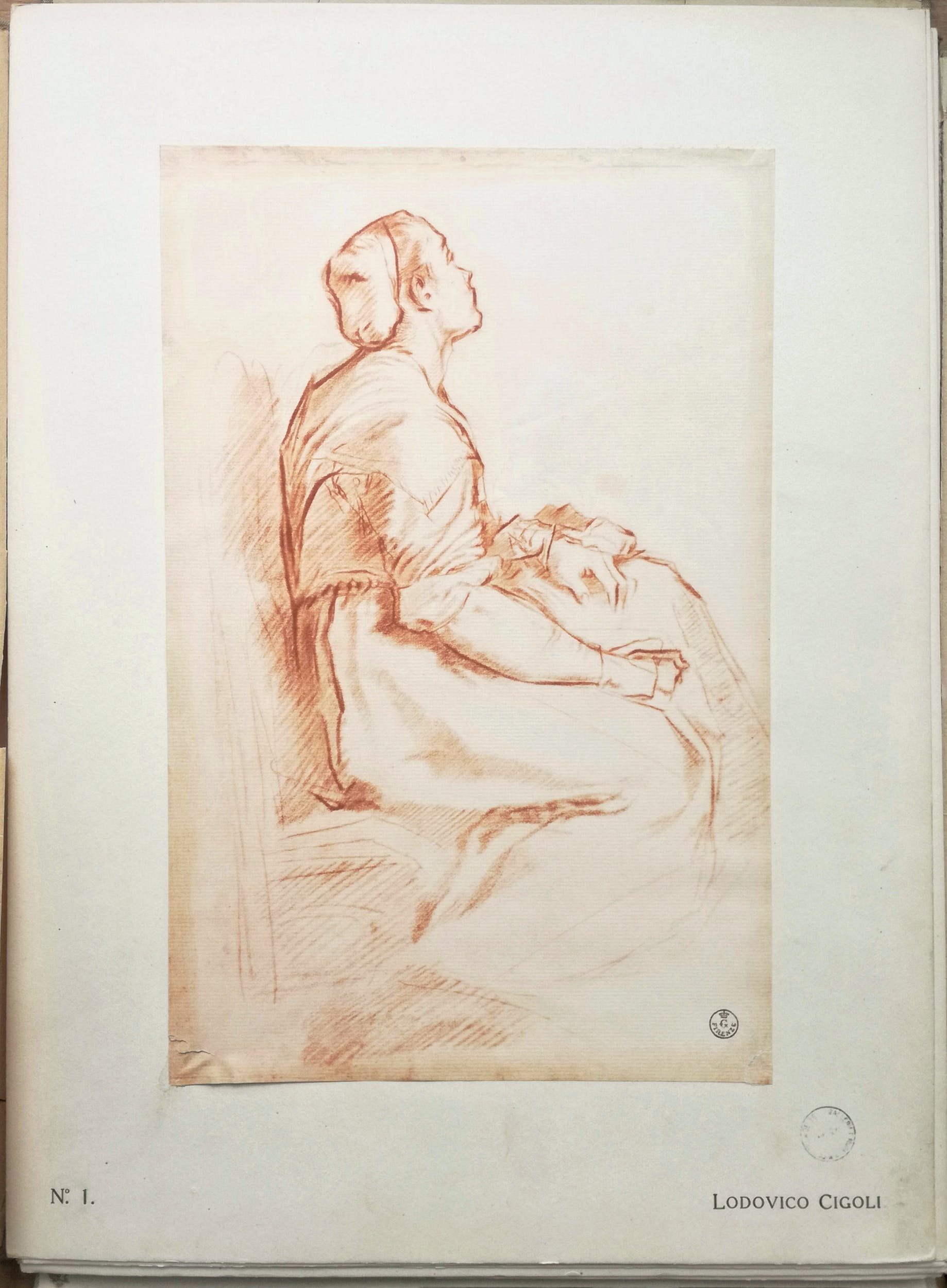