HomeMagazineEducation
Education | 03/07/2020
For a creative approach to the collections of the Uffizi Gallery: the experience of the Drawing as Seeing workshop

How many ways are there to experience a work of art? Lots, at least as many as the people who visit the rooms of the museums of the Uffizi Gallery every day.

The educational proposals of the Uffizi Gallery have always favoured the guided observation method, with museum educators presenting the works, while at the same time opening up opportunities for dialogue and encouraging the emergence of new, personal points of view. With great curiosity, the Education Department welcomed the proposal of Pamela Lawton, artist and Fulbright scholar at the Siena Art Institute, as well as museum educator, hosting her workshop Drawing as Seeing, taught together with her artist colleague Danny Licul.

Drawing as Seeing is inspired by Seeing Through Drawing, a course aimed at blind and visually impaired adults and their carers, which Pamela held for years at the Metropolitan Museum of Art of New York, having co-designed it with a director in the museum, in particular Rebecca McGinnis.

The Uffizi Gallery has also launched its first accessibility projects with and for the blind and visually impaired, memorably including the tactile itineraries Uffizi by touch and Form and matter through touch, as well as the tactile reproductions of some of the main masterpieces of the Uffizi made between 2014 and 2017 by the painting technique laboratory of the State Art Institute, or Liceo Artistico of Porta Romana.

In the case of Drawing as Seeing, the high level of accessibility of the workshop has been recognised as one of its strengths since, despite its title, it is not essential to know how to draw, or to have particular knowledge of the history of art, but simply that pinch of willingness needed in order to have a go … with all the senses that a person has the possibility of using. Another of the workshop’s strengths is that it interacts with the public using a different professional figure from the museum educator, who is not engaged by the educational services of the Italian museums, that is the artist.

"As an artist, I love the creative challenge of teaching in a museum while interacting with its collection, and to make the collection accessible to all audiences, including people with disabilities, through drawing and other creative processes. Being forced to “think outside the box” by helping all audiences, including people who have different types of challenges, became an important part of my own creative process. I also firmly believe that drawing is a way of seeing, and literally empowers people to connect with the world in meaningful ways." (Pamela Lawton)

The sections of Florence of the Italian Association for the Deaf and of the Italian Union of the Blind and Partially Sighted were involved in the experiment.

In the Modern Art Gallery of Palazzo Pitti, the session dedicated to landscape painting involved deaf people (with their own interpreters) and museum educators of the Uffizi Gallery: in a landscape painting which element can suggest the feeling of freshness? The water of a stream, the leaves of an olive tree, the trees moved by a strong wind. The participants, kitted out with pastels and paper blocks, were then tasked with trying to create a graphic representation of that feeling by choosing the colour and the graphic marks they felt best represented it. From painted nature to ‘real’ nature: during the workshop, the participants were able to see, touch and sniff a selection of leaves, pieces of tree bark and various species of citrus fruit from the nearby Boboli Gardens.

The session dedicated to the representation of the human body was held at the Uffizi together with a group of blind and visually impaired people. While touching the sculpture of Dying Niobid, the participants attempted to recreate the graphic representation of what they felt through touch on a sheet of paper, then went on to create a self-portrait by exploring their own face, with unprecedented results, especially for those who, as a “seeing” person, realise that, through touch, they had identified details of their face that they had never noticed before. In this sense, drawing really becomes a “way of seeing”, a creative and multi-sensory way of perceiving reality. 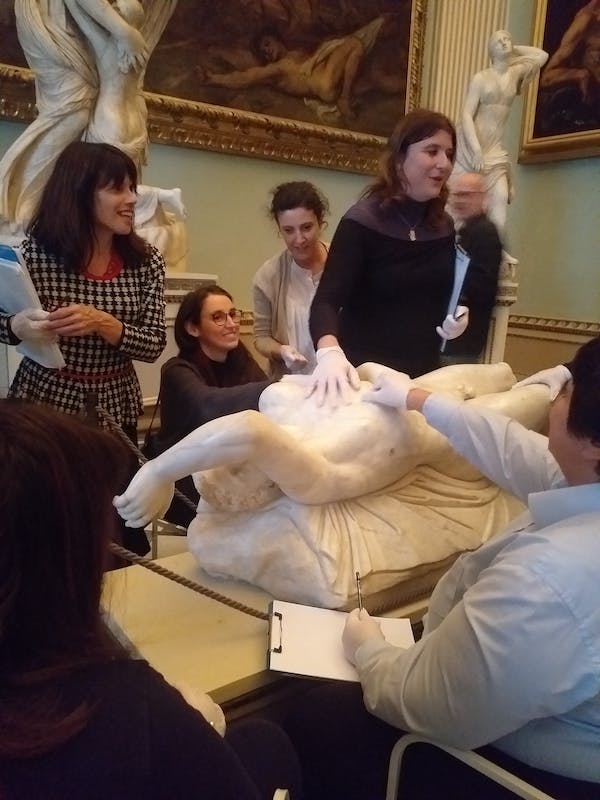 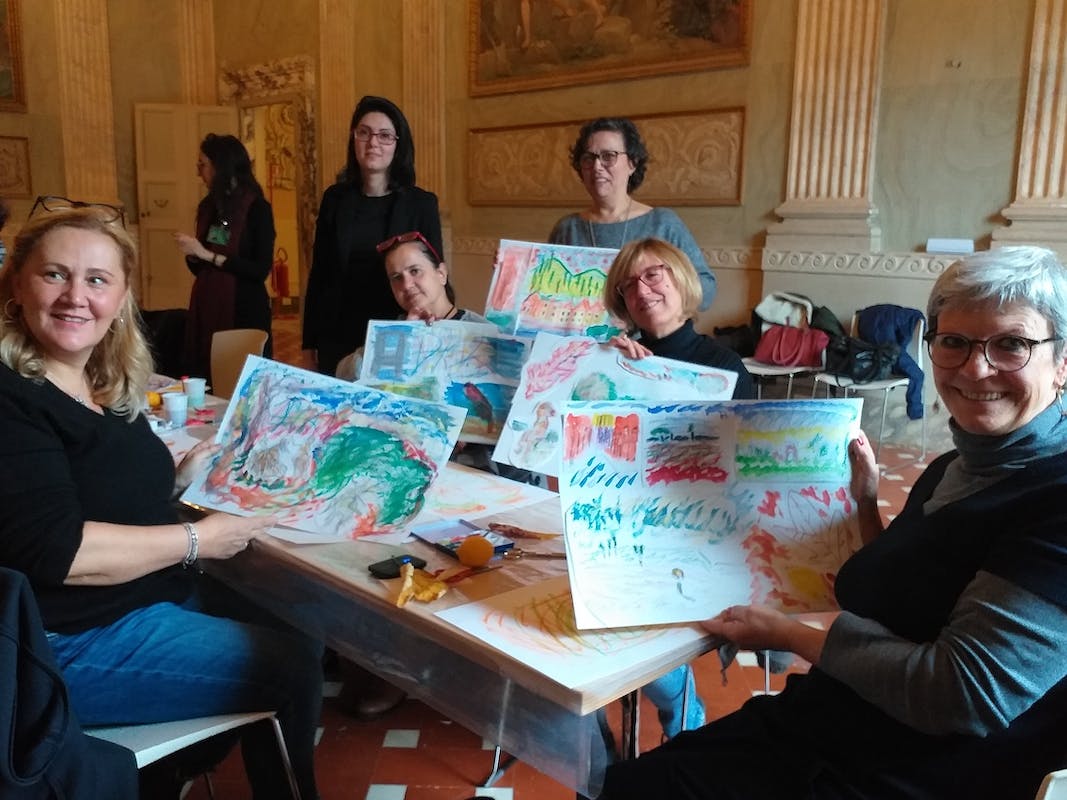 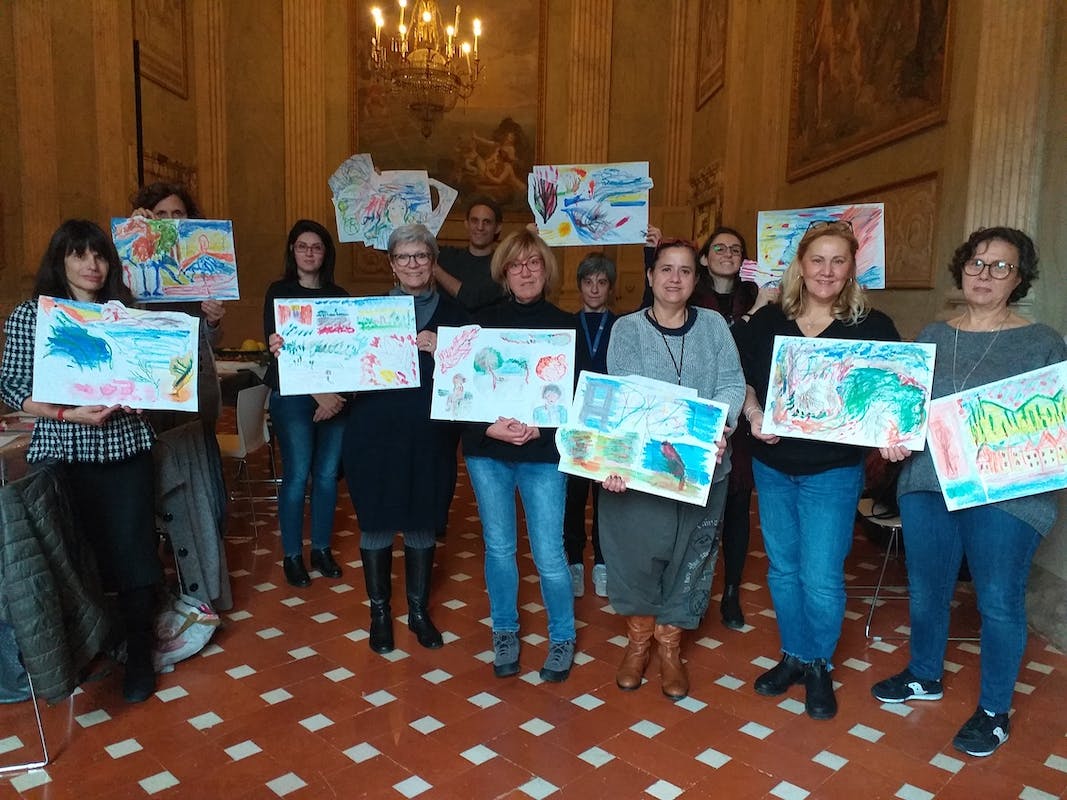 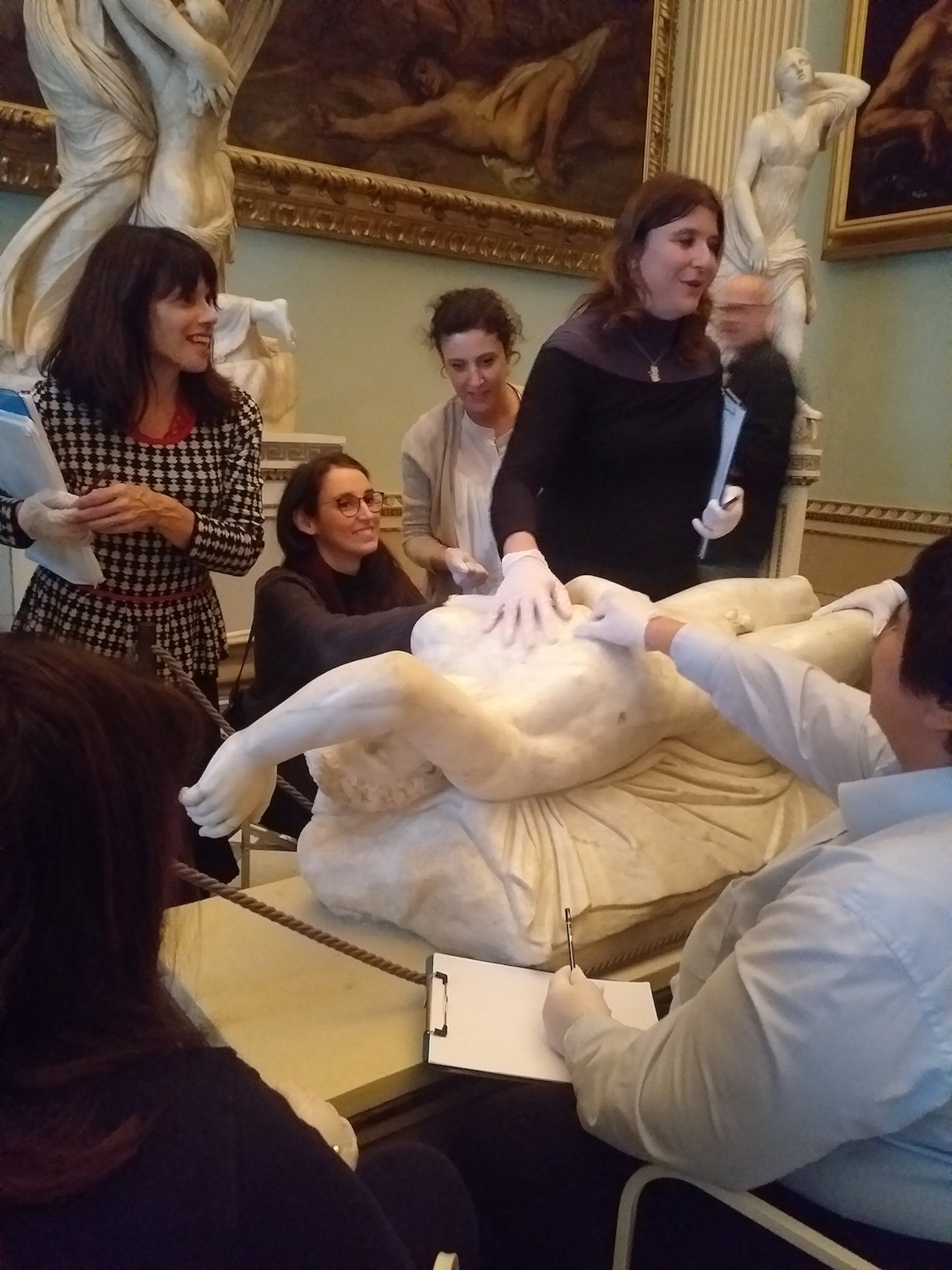 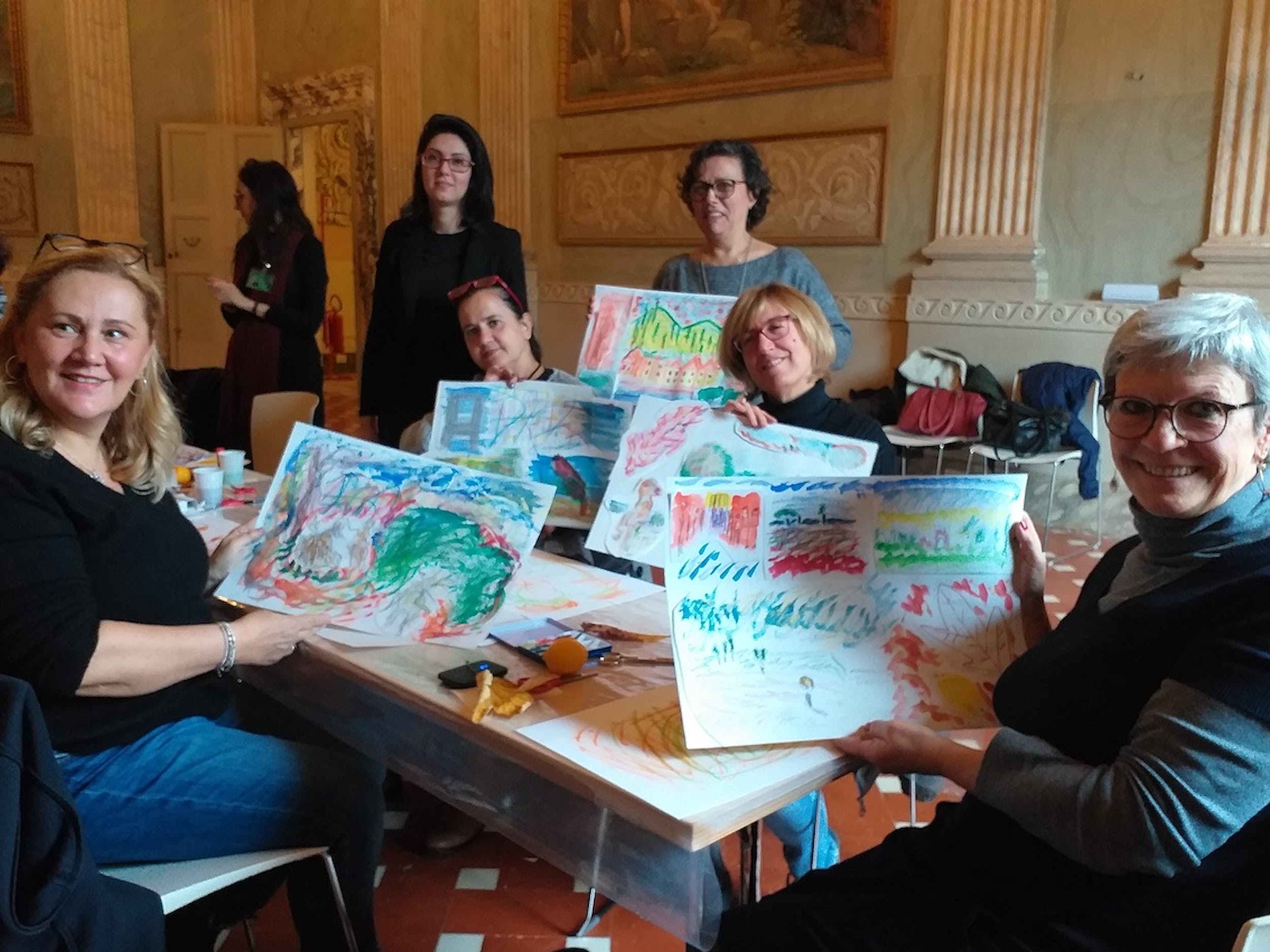 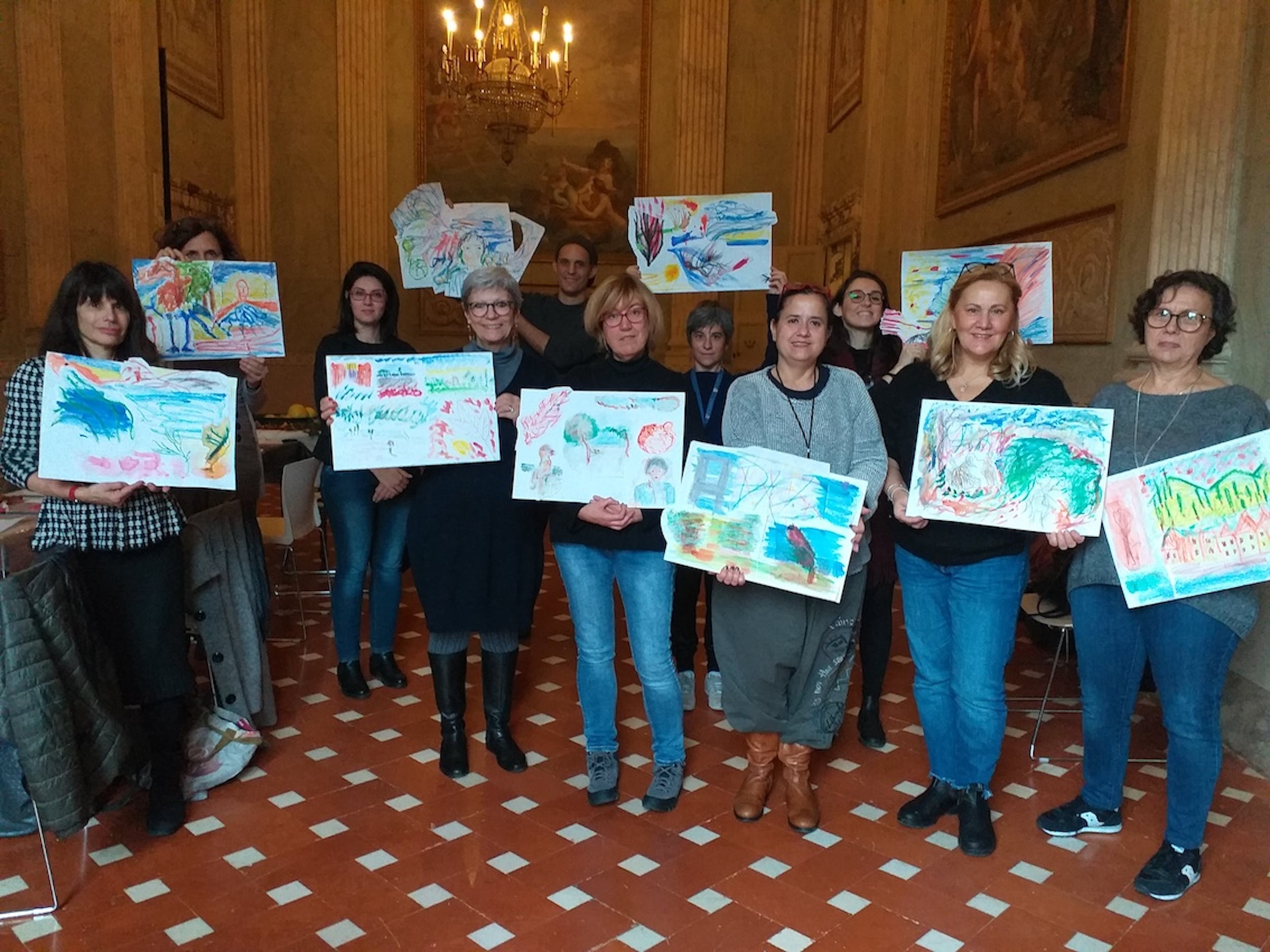