The unique link between Julius II the “Warrior Pope” and Anghiari, reputed for its soldiers of fortune, lies at the heart of the second exhibition to be held in Anghiari in the Lands of the Uffizi series.

Giuliano della Rovere (the future Pope Julius II) was a guest, in October 1476, of a soldier of fortune from Anghiari named Mazzone di Gregorio. This man, a member of the one most influential aristocratic families in the city at the turn of the 15th century, had even played host to the Duke of Urbino Federico da Montefeltro and members of his court. Thanks to Mazzone’s friendship with the “Warrior Pope”, he was later dubbed “Bartolomeo Valentino Mazzoni d’Anghiari” and not only admitted by Giuliano into his circle of “friends, family and fellows” but also “freed of all tolls and duties in any place on all his goods: books, silverware and other items for the use of his person and of his family”.

The focus of the exhibition is a portrait of Julius II on loan from the Uffizi, a copy attributed to Giulio Romano after a famous portrait of the pope painted by Raphael. The original was so successful that numerous replicas and copies were immediately made of it, including a version by Titian now in the Pitti Palace in Florence, a version in the Galleria Borghese in Rome and another in the Städel Museum in Frankfurt.

The exhibition also showcases two works from the Gallerie degli Uffizi by Antonio Tempesta, pointing up the popularity of Leonardo’s theories and drawings of embattled knights. The most important testimonial to that popularity is an engraving by Gérard Edelinck based on Leonardo’s cartoon for Palazzo Vecchio, now in the Museo della Battaglia e di Anghiari. 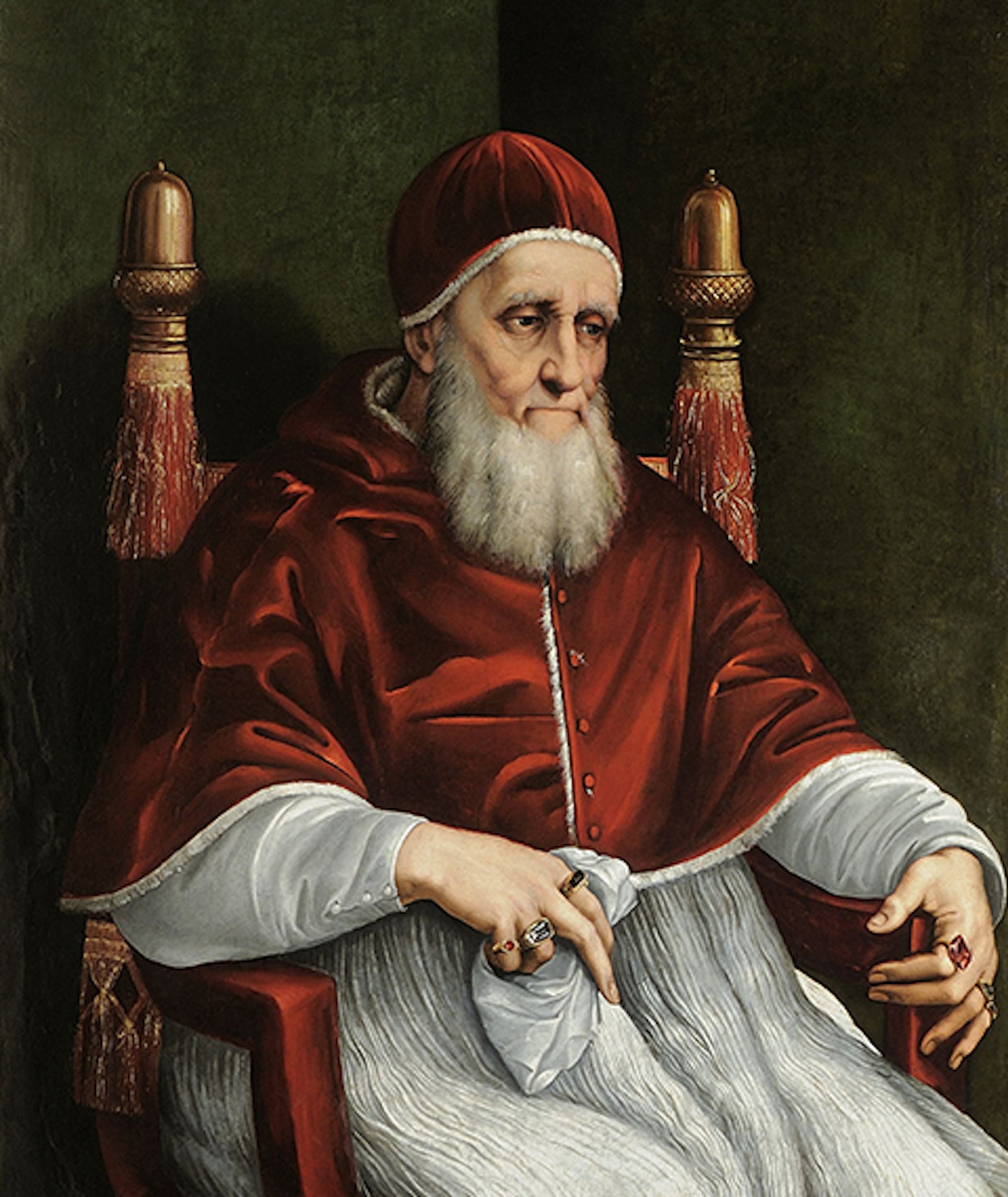 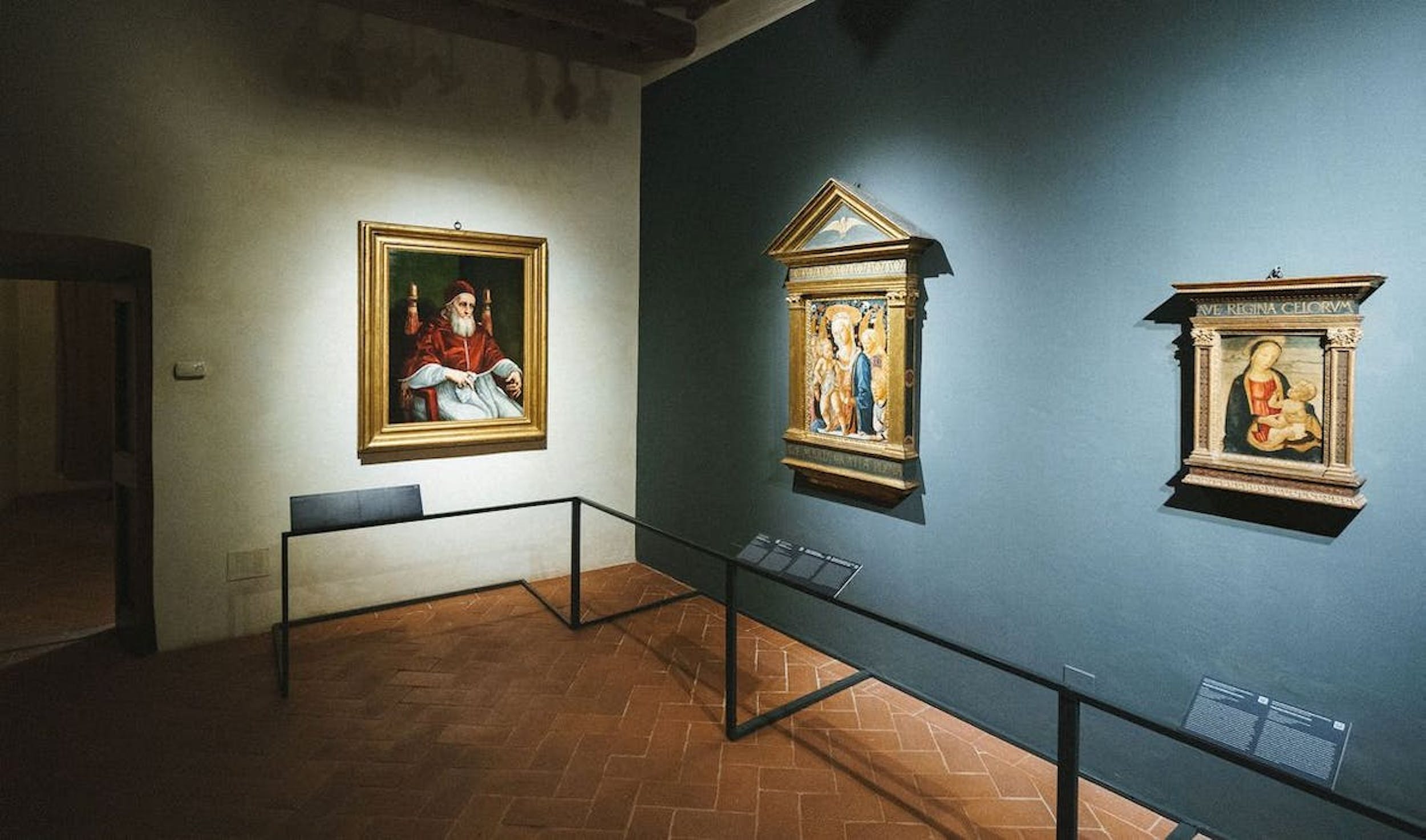 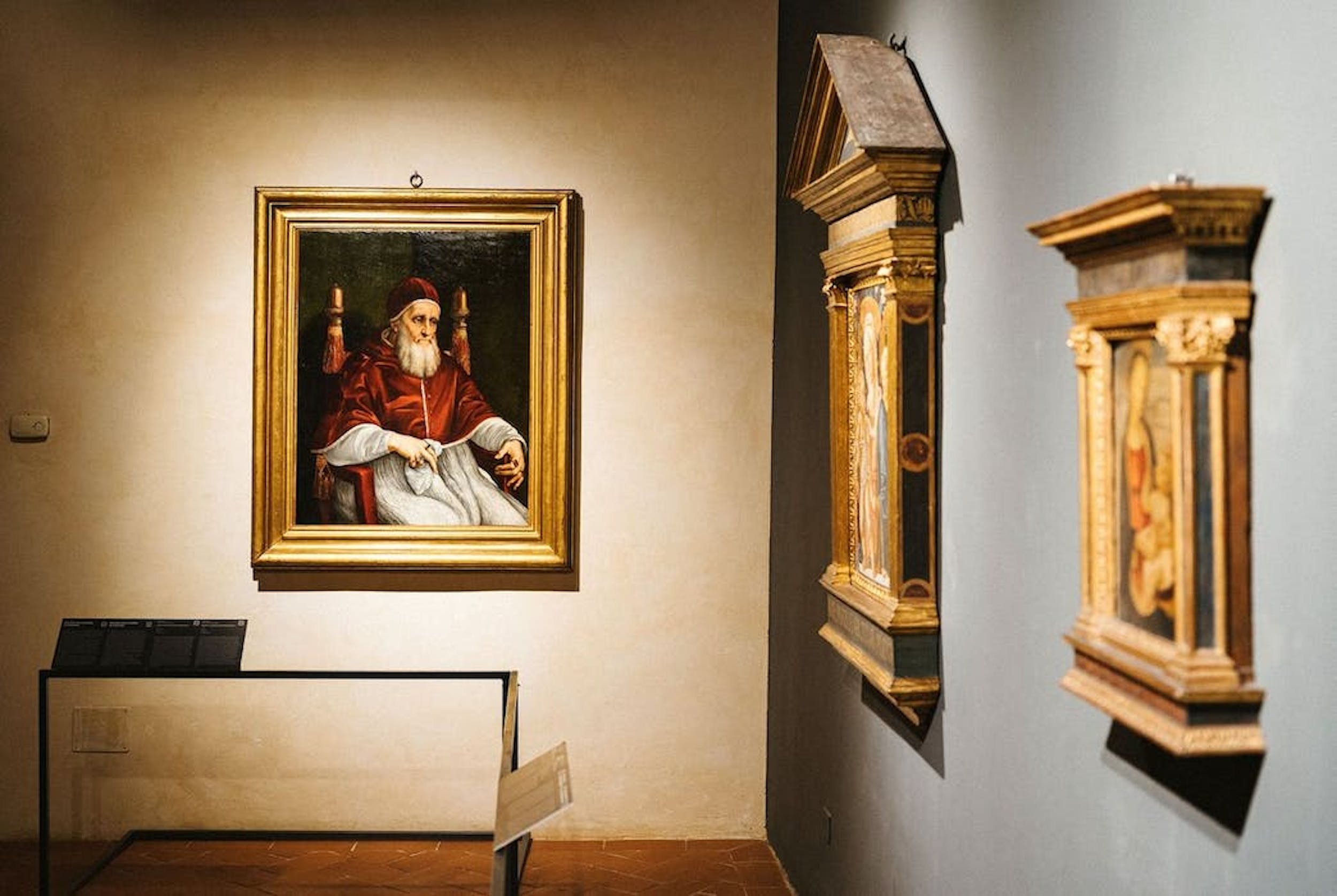 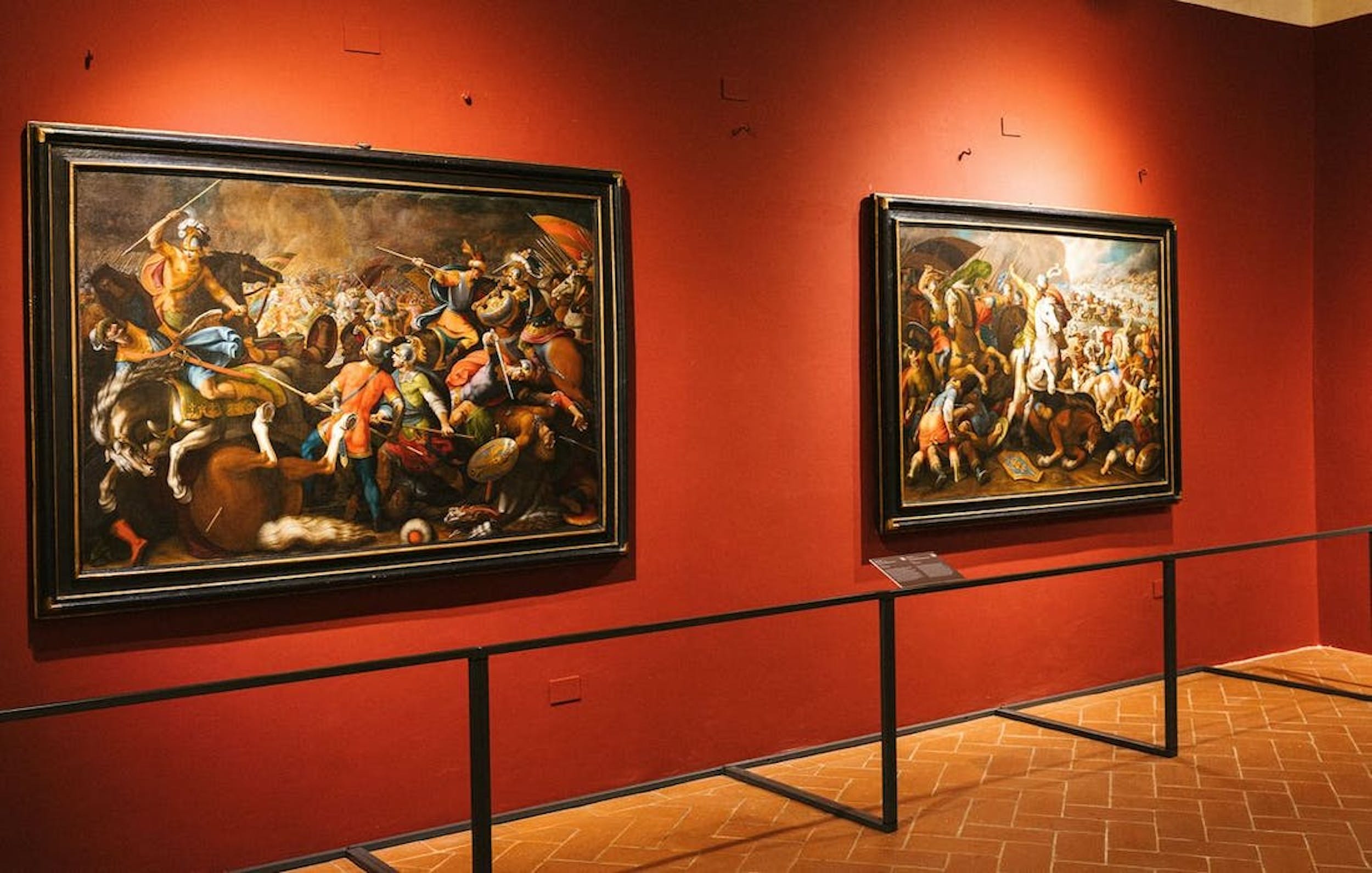 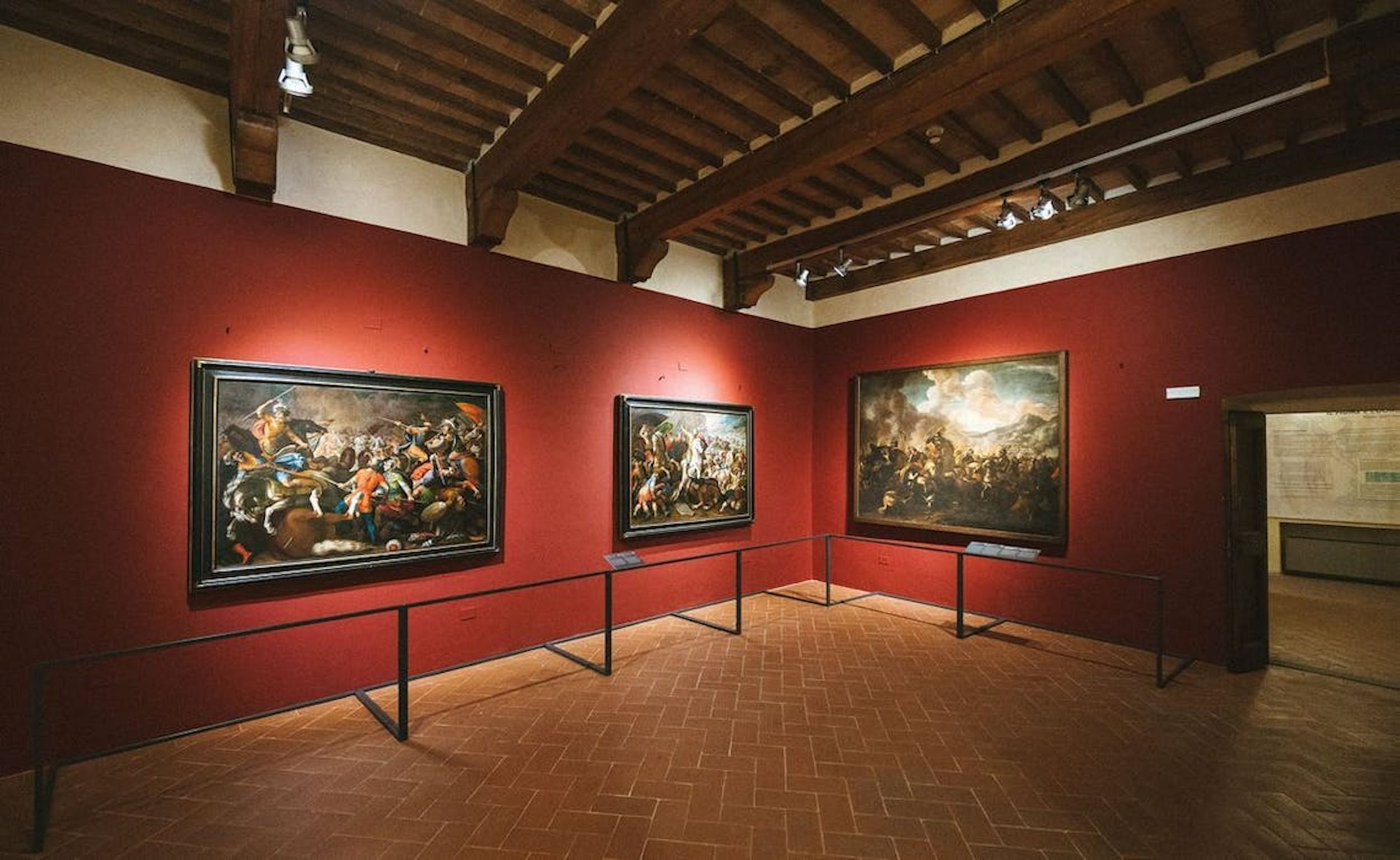